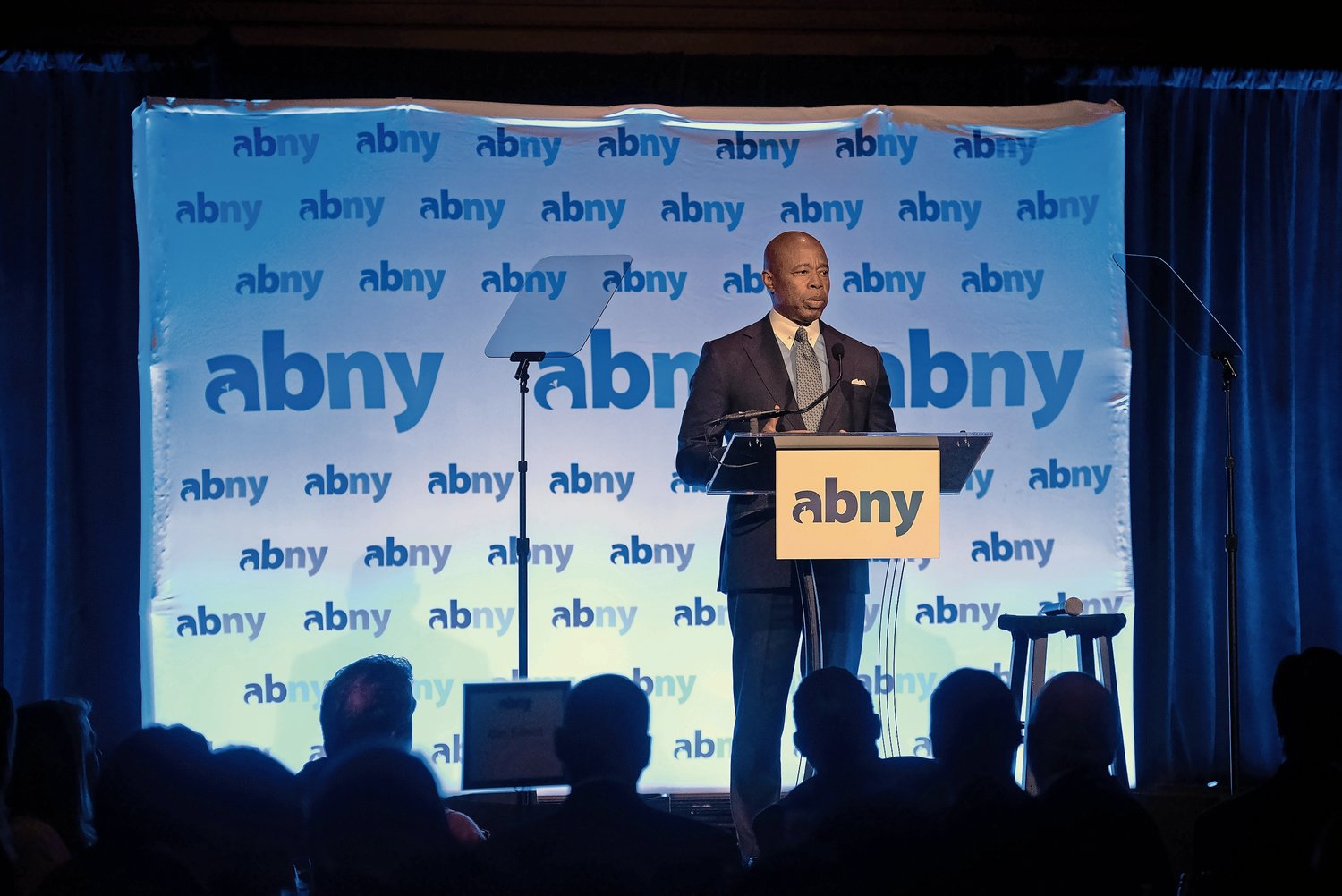 Mayor Eric Adams and members of New York City’s 2022 Vehicle License Plates Working Group reported July 5 it has begun a crackdown on illegal or obstructed license plates. As of July 3, the first round of enforcement has produced 16,448 tickets, 1,700 vehicles being towed, and 2,478 vehicles being seized.

The crackdown, which has been in tandem with the Metropolitan Transportation Authority’s similar effort on bridge toll and subway fare evasion, was first reported in The Riverdale Press.

“We are towing ‘ghost cars’ because we know the drivers of these cars are up to no good,” Adams said. “The law is coming after anyone who tries to make their car untraceable. We will not allow vehicles to be weaponized and our streets to be turned into a battlefield.”

Like untraceable firearms known as “ghost guns” that are wreaking a horrific tally of shooting victims, ghost cars — vehicles bearing illegal and counterfeit license plates — are fueling an epidemic of virtually untraceable cars that harm and kill pedestrians, bicyclists, and our most vulnerable, according to a press release from the New York Police Department’s deputy commissioner public information.

That statement continued: The state’s vehicle and traffic law — as well as the New York City traffic rules — are clear: License plates must be easily identifiable. Covering a car’s license plate with any material or substance that coats, obscures, or distorts it is illegal In New York City. It is also illegal to sell such coverings within city limits.

“An illegal license plate is not a harmless act,” said public safety deputy mayor Philip Banks. “It is a clear indication that a person is not willing to operate within the most basic legal framework of society. Ghost cars and the reckless behavior of their owners are a threat to every New Yorker on the road. I applaud the mayor’s efforts to address this issue head on.”

New York City sheriff Anthony Miranda, who is part of the license plate working group, was happy to report progress on the crackdown. “Under the leadership of Mayor Adams, we have created a robust ghost car enforcement initiative that addresses a host of public safety concerns, said Miranda. “Collaborating with our partners in law enforcement, we seized over 800 vehicles most of which had fictitious license plates from various state jurisdictions. While inventorying these seized vehicles we have discovered five firearms, narcotics, fake identification, and dozens of fake license plates inside of these vehicles.”

Vehicles with fraudulent or obstructed licenses plates towed by the NYPD and the sheriff’s office are often not redeemed and sent to auction. Approximately 25 percent of the 5,500 vehicles with paper license plates found to be in violation and towed by the NYPD’s Traffic Enforcement District last year were abandoned by their owners. Through June 2022, 562 of the 1,646 towed vehicles with paper license plates were similarly not redeemed. The Bronx, in both years, led the city in the number of such vehicles towed. In addition, approximately, 60 percent of  those vehicles with fraudulent plates seized by the sheriff’s office are auctioned off.

In an effort to address the impact of the nationwide lifeguard shortage at beaches and pools, Mayor Eric Adams announced July 6 he had reached a deal to raise starting wages for city lifeguards to $19.46 per hour.

The deal, which was made with the lifeguard union represented by District 37, raises the wages from $16 per hour this summer at the city’s 17 mini-pools. It would also fund a training program for novice lifeguards.

“Every New Yorker deserves to safely enjoy our city’s public schools and beaches this summer and my team has taken extraordinary measures to make that happen,” Adams said in a statement.

“We negotiated for creation of a class of lifeguards who are restricted to mini-pools, and with this influx of mini-pool guards we will be able to very quickly open all of our mini-pools — an essential cooling center for young New Yorkers.”

The one public pool in greater Riverdale is operated by New York City Parks at Van Cortlandt Park. According to Stephanie Ehrlich, executive director of the Van Cortlandt Park Alliance, the pool is operating at 50 percent for the foreseeable future.

“As you may have heard, there is currently a lifeguard shortage throughout the country,” Ehrlich said.

“She added that the wading pool will also be closed and programs like Senior Swim, Learn to Swim and Lap Swim are also on hold. “Timed swim lessons will be the norm,” she said.

She asked for patience and cooperation as the parks department tries to fill the lifeguard positions. “Please be kind to parks department employees who are working hard to fill in the gaps,” Ehrlich said.