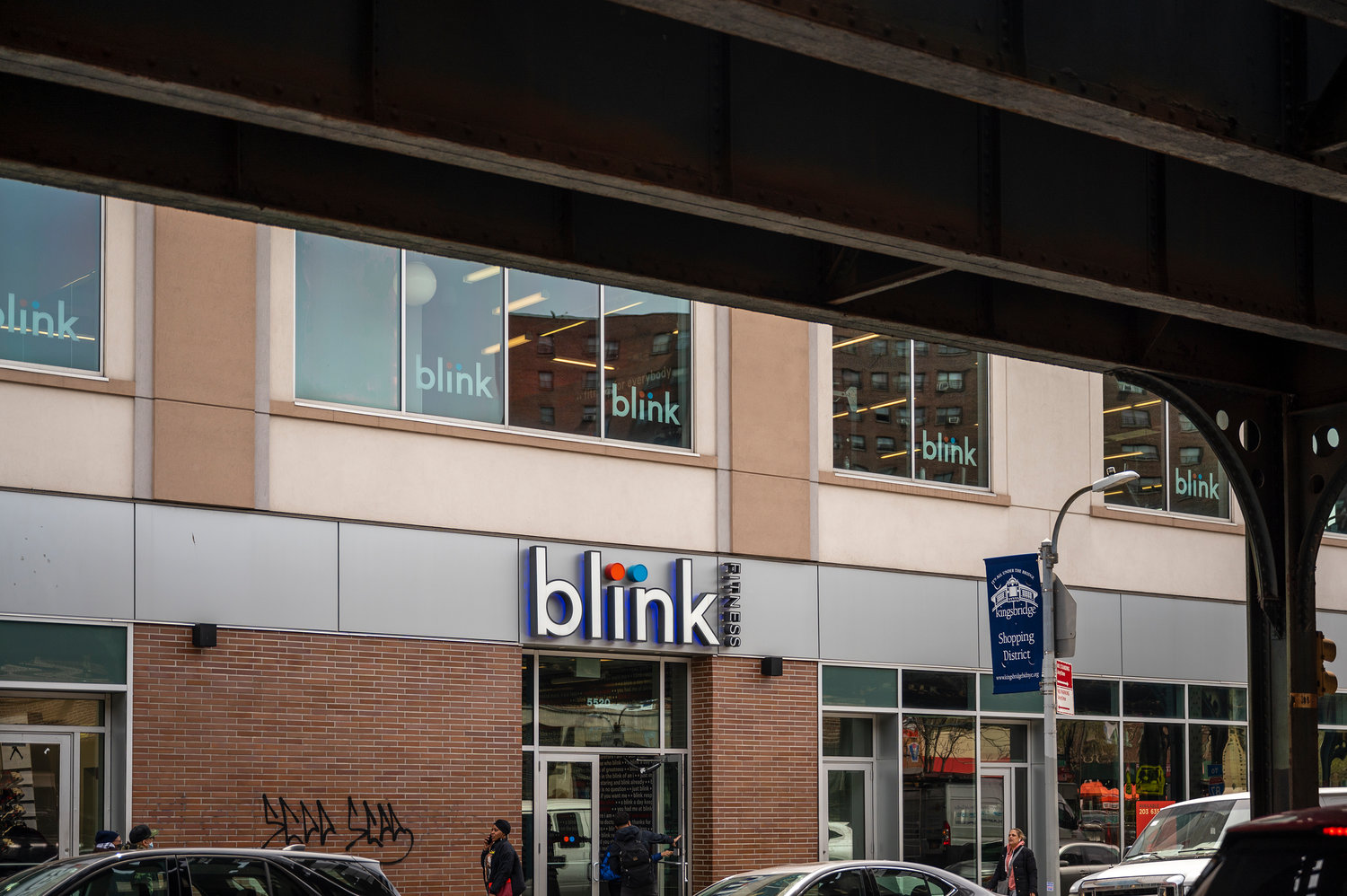 The exterior of the Blink Fitness at 5520 Broadway on April 13, 2022.
Hiram Alejandro DurÃ¡n
By SACHI McCLENDON

The NYPD is seeking the public’s assistance in identifying a man in connection to a string of city-wide robberies at wireless phone stores, three of which have taken place in the northwest Bronx.

An individual on March 25 entered the Metro by T-Mobile, located at 5585 Broadway, and flashed a gun he hid in his jacket after demanding money from an employee. The robber took around $1,764 before fleeing the scene in an unknown direction.

Four days later, on March 29, the man returned to the store and took another $444 from the cash register. Police report he then fled south on Broadway.

The final incident within the 50th precinct was on Thursday, April 7. Around 6:30 PM, the suspect entered Boost Mobile — located at 5609 Broadway, just a few stores down from the Metro T-Mobile — and demanded money while displaying his gun. This time, the man got away with a cell phone and around $1,000.

The other four robberies — all executed in much the same way as those in the 50th precinct — occurred in the 26th and 33rd precincts, which cover the northern sections of Manhattan.

The NYPD encourages anyone with information regarding the identity of this man to contact the crime stoppers hotline at 1-800-577-8477.

An individual entered Blink Fitness, located at 5520 Broadway, between 6 and 7 p.m. on April 2 and broke into a gym locker.

It’s not known whether cameras nearby were able to get footage of the incident.

Police report that there was no broken glass at the scene, and that the victim still had both of his keys.

The second was taken sometime between March 31 and April 1. The victim reported to police she parked her 2022 Honda CR-V, valued at $45,000, on the 2200 block of Johnson Avenue only to return to find it missing. Police report there is possibly footage of the incident.

Finally, a 2020 CR-V parked on the 2600 block of Netherland Avenue was stolen sometime between April 1 and April 3. Police canvassed the area for a possible suspect, but with no luck.

After sending the funds to the unknown person’s account, the victim became suspicious in the following weeks as she had yet to receive the $800,000 reward. The police are treating the incident as a grand larceny. No arrests have been made.

A man mailed a personal check on April 1 at a mailbox located at West 231st and Arlington Avenue. Police report that someone then fished out the check, changed the amount to $7,530, then cashed it. The man was tipped off to the theft only after having been contacted by his bank.

Another stolen car
— this time a Kia

The victim had left her car parked on the 6600 block of Broadway, only to discover it missing three days later.