Marble Hill's Target store not closing after all 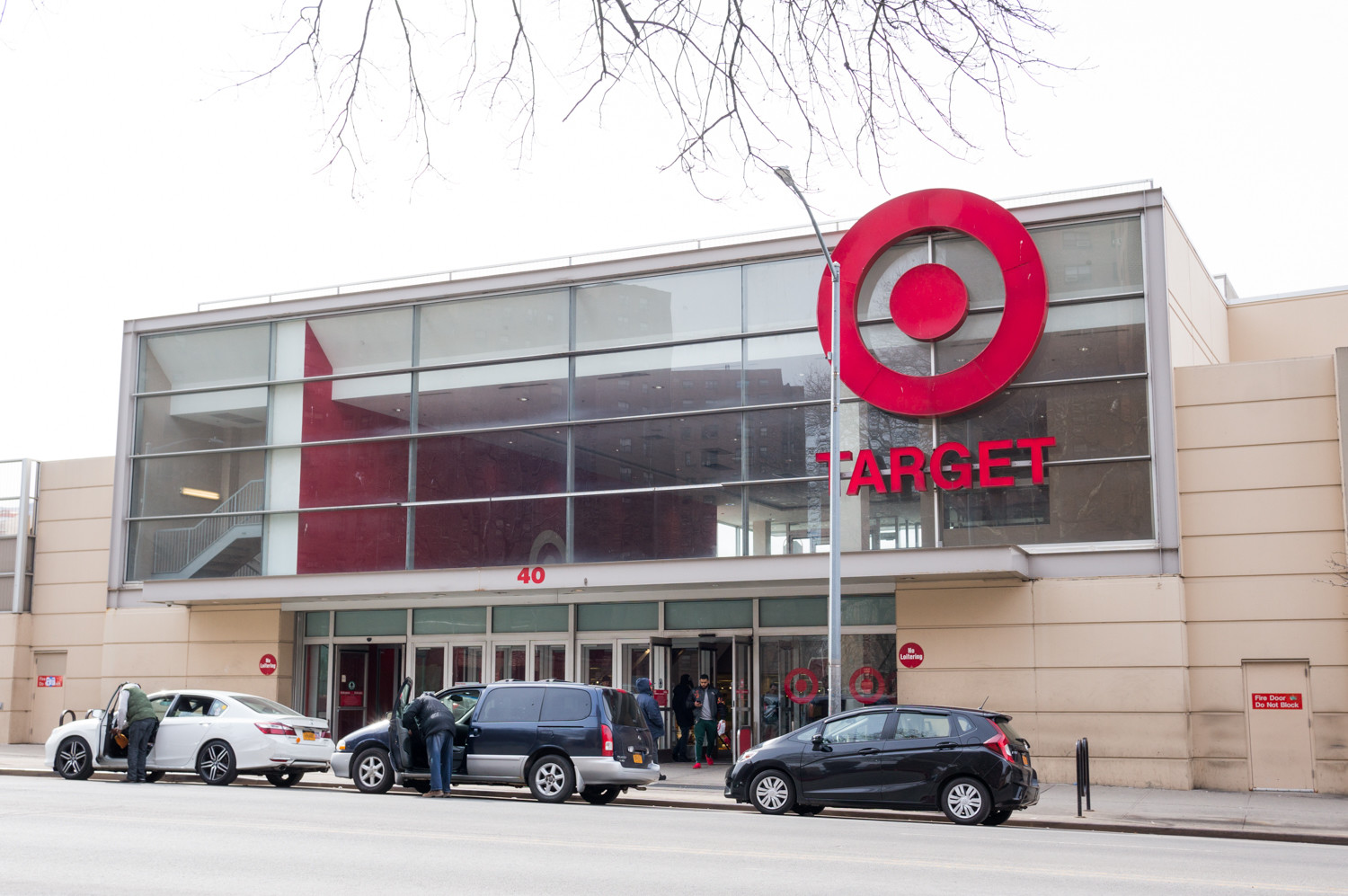 The Target at West 225th Street in Marble Hill is temporarily closing, along with a dozen other locations in the city — and 175 across the country — following protests and riots surrounding the death of George Floyd.
JULIUS CONSTANTINE MOTAL / File
By MICHAEL HINMAN

Target Corp. has drastically scaled back a number of planned temporary store closings that originally included more than a dozen New York-based stores — including the one on West 225th Street. On Sunday, the company says it will only close six stores, none of them in New York.

Target had announced the closures late Saturday evening, which included not only Marble Hill, but also Throgs Neck and near Yankee Stadium in the Bronx, as well as several others in Queens, Brooklyn, Long Island, Westchester County, and one store in Harlem.

The original closure count was 175, but the list now is just six — on each in California, Georgia, Illinois and Pennsylvania, and two in Minnesota, including one on Lake Street in Minneapolis near where George Floyd was killed by police, that was destroyed in the early days of the protests and riots.  Target, itself based in Minneapolis, said it would work to reopen that store by the end of the year.

"We are a community in pain," Target chief executive Brian Cornell said in a statement posted on the company's website. "That pain is not unique to the Twin Cities — it extends across America. The murder of George Floyd has unleashed the pent-up pain of years, as have the killings of Ahmaud Abery and Breonna Taylor. We say their names and hold a too-long list of others in our hearts.

"As a Target team, we've huddled, we've consoled, we've witnessed horrific scenes similar to what's playing out now, and wept that not enough is changing. And as a team, we've vowed to face pain with purpose."

The original story appears below.

The megastore chain found a way to survive through the country's worst pandemic in more than a century, but protests and riots that have flared up in recent days following the police-involved death of security guard George Floyd in Minneapolis has caused a number of Target stores to close — including the one in Marble Hill.

The Minneapolis-based Target Corp., says it's temporarily shuttering 175 stores, including the one on West 225th Street in the wake of the unrest that has hit not only Minnesota's largest city, but in other cities across the country as well, including New York City. While much of the protesting and associated violence has centered in Brooklyn, there have been smaller protests in the other outer boroughs as well, including the Bronx.

Target is closing a dozen stores in New York City, primarily in the Bronx, Brooklyn and Queens, as well as a location in Harlem at 517 E. 117th St., and the Mount Vernon location as well in Westchester County, and two others in Long Island's Hicksville and Elmont.

Employees affected by the closings will be paid for up to 14 days of scheduled hours, including any premium pay they would have received based on the coronavirus pandemic, according to a company statement. Some employees also will be given the opportunity to work at other nearby Target locations.

Although the closures affect nearly 10 percent of the company's overall locations, as of late Saturday, the company has not filed details about the closures with the U.S. Securities and Exchange Commission. The chain already had taken some measures in response to the coronavirus pandemic, including a period of time where it didn't except in-store returns. However, all stores remained opened through that period, according to a previous filing with the SEC.

Yet, even with the pandemic, Target saw a boost in sales between the beginning of February and the end of April from $17.4 billion in 2019 to $19.4 billion this year, according to SEC filings.

Target hasn't said how long the stores will close, or why specific stores were closed, like the one in Marble Hill. It only said that it was focused on the safety of its employees and "helping our community heal."

In all, Target is temporarily closing 71 stores in Minnesota, 49 in California, nine in Texas, eight in Oregon, seven in Illinois, five in Missouri, four each in Colorado and Pennsylvania, two each in Georgia and Wisconsin, and one each in Michigan and Nebraska.