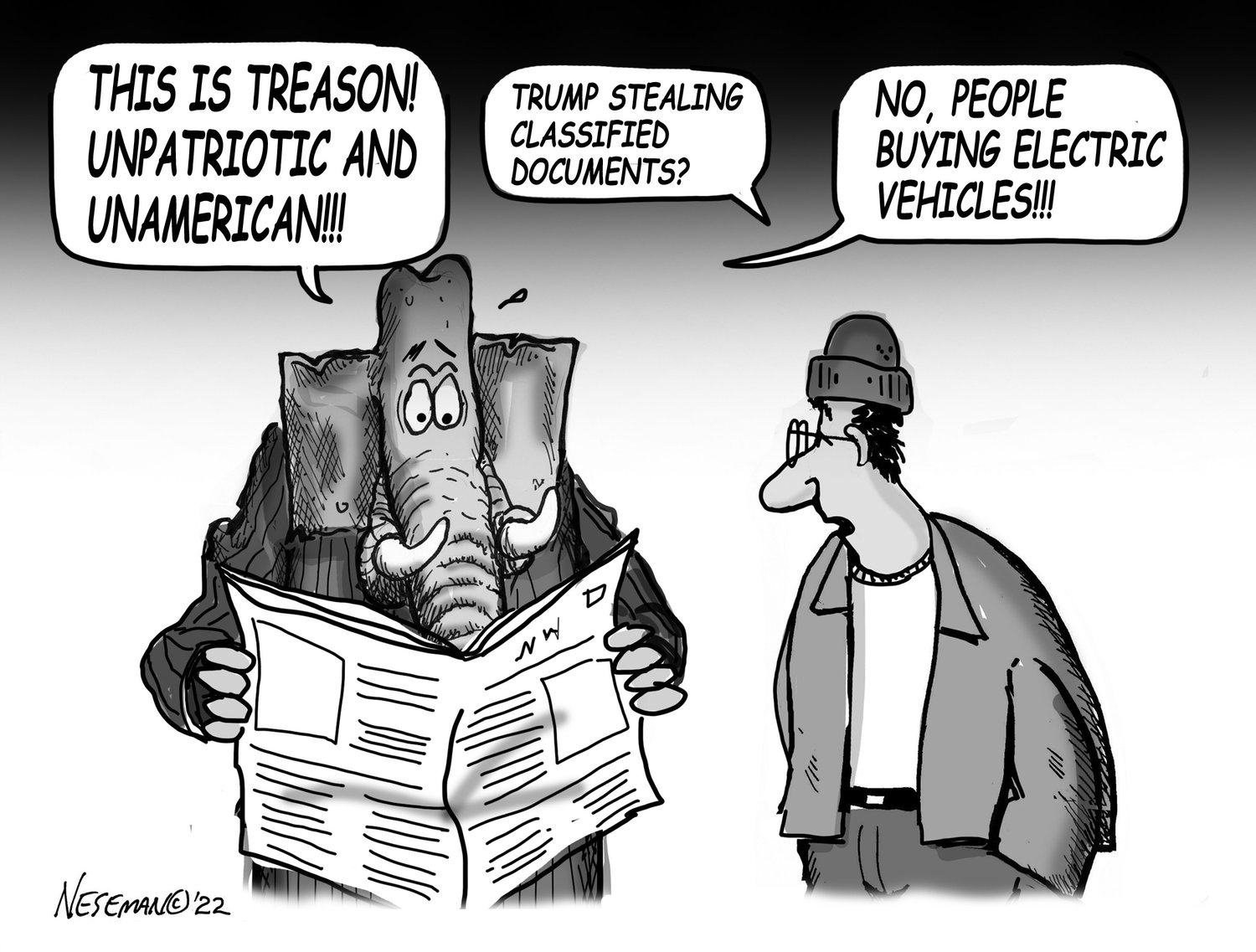 “The pandemic is over.”

With those words, President Joe Biden declared an end to the coronavirus pandemic that has claimed the lives of more than 6.5 million people, and more than 1 million here in America.

Still, to feel like life may finally return back to some semblance of normal is a relief. It’s been more than 900 days since New York first shut down as COVID cases exploded. Schools and businesses shuttered. Streets emptied. Many found themselves isolated from the rest of the world, connecting only through Zoom, and depending on television specials like “Haircut Night in America” to help with basic tasks we once depended on others for.

Now that we can sit in restaurants again, attend classes, and pay for someone else to cut our hair, it’s hard not to be grateful the worst is behind us. But society has a long road to recovery — both economically and socially. Supply chains remain disrupted, fueling inflation. Many are still out of work, even as unemployment returns to pre-pandemic levels.

Polarization — especially politically — remains sharper than ever. And it’s only been in the past couple weeks we could stop wearing masks on public transportation, although many stopped doing it months ago.

As this pandemic winds down, it’s never too soon to start planning for the next. Sure, pandemics feel like they’re a once-in-a-lifetime kind of event, but they really aren’t. When we first learned of COVID, the world was already gripped in another pandemic: HIV/AIDS, which has killed more than 40 million people.

Before that, we had two other smaller flu pandemics in the late 1950s and late 1960s, that killed up to 4 million people each. And then there’s the 1918 flu that is believed to have claimed the lives of as many as 100 million people around the globe.

If there’s anything we’ve learned, Mother Nature has no shortage of infectious diseases. Even in the wake of COVID, we’ve been reminded about the dangers we face through the recent monkeypox epidemic, and the fear there may be a resurgence of polio.

One thing that should be crystal clear by now, however, is that pandemics and epidemics do not need to be a way of life. Many of them are preventable, or at worst, manageable. But that means better monitoring hotspots where deadly viruses could make a jump from animals to humans. Identifying new public health concerns quickly. And then taking it seriously.

With false alarms in the past like Ebola and SARS, it’s no wonder so many of us had become complacent by the time COVID rolled around. We can’t let that happen again. What we have built as a society is too important. We are too important.

There are some scholars who are convinced nothing has had a greater impact on our history than pandemic and epidemics.

The bubonic plague, for example, cut down half of the global population, by some accounts.

But what you might not know is that this particular plague didn’t do it once — it turned living into a literal coin flip twice. We’re probably most familiar with the Black Death of the 14th century that killed as many as 200 million people. But there was also the Plague of Justinian in the sixth century, which was proportionately just as deadly.

We can wear masks when needed. We can avoid contact when asked. And we can get vaccines when they’re available. But our true first line of defense comes through our leaders. And it’s hoped that no man or woman who succeeds Biden in office will ever again find themselves needing to declare a devastating pandemic as finally being over.