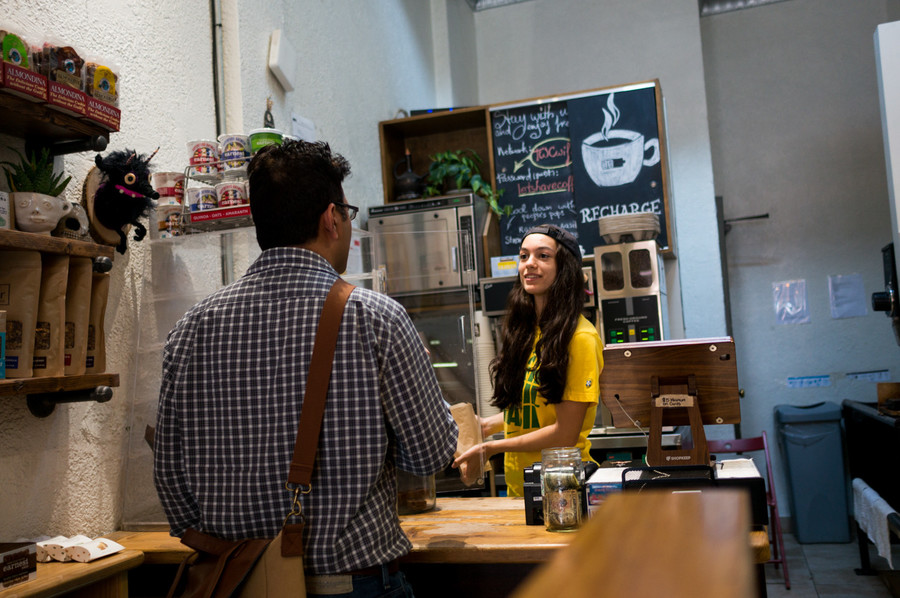 When Sarina Prabasi and Elias Gurmu first met, they got to know each other over several cups of Ethiopian coffee. From there, they fell in love, got married, started a family… and opened Buunni Coffee in Washington Heights with the hopes others could find the same connection over Ethiopian coffee as they did.

Now they’re ready for their next venture: Expanding that coffee shop into a second location in Riverdale as early as this October.

Prabasi and Gurmu opened the doors to their first (and right now only) Buunni Coffee location on 213 Pinehurst Ave. in 2012. The name “Buunni” stems from the word “bunni,” the Ethiopian word for “brown.” Their shared love for the African country and its coffee stems from actually meeting in Ethiopia when Prabasi was working for a nonprofit and Gurmu was an entrepreneur living in his home country.

For Gurmu, opening Buunni Coffee was a way for him to exhibit his Ethiopian pride.

“When you say ‘Ethiopia,’ people often think about drought and famine and all of the quite difficult things,” Prabasi said. “So he wanted to focus on something that represented something that Ethiopians are very proud of.”

Ethiopia gained significant prominence in the United States during the 1980s when the country experienced a famine that left a million people dead as a result. Many around the globe worked to help the country through that crisis, including the creation of what has become an iconic song, “We are the World.”

But things have gotten a little better since then. Today, the country boasts over 102 million people, and while the country is still experiencing similar issues of drought and famine, it doesn’t overshadow its cuisine, architecture and culture.

Coffee is a big part of Ethiopian culture since it’s where many claim the coffee plant originated, Prabasi said. So when it comes to selling coffee to customers, the couple makes sure to get it right by only purchasing beans from small, localized farms from different parts of Ethiopia where farmers can participate in cooperatives.

From there, the couple roasts this specialty coffee once a week, and also sell beans to customers both in stores and online.

Over the last five years, Buunni Coffee has become more than just an inventory of coffee, tea and snacks. It’s become a small community in uptown Manhattan where patrons can participate in a food club, writing club, and exhibit various kinds of art once a month. The shop has such a consistent batch of regulars, when Prabasi and Gurmu looked to take a day off with their staff for a day at the beach, some of their regular customers took over.

This type of bonding is what Prabasi said she and her husband want to bring to Riverdale.

“We’re very proud of the coffee, it’s excellent coffee,” she said. “But it’s also very much about community and building relationships, and a place for people to come and talk and meet each other.”

The idea to move to Riverdale Avenue came after regular visits to the area with their family. It also didn’t hurt that it’s not that far from the original Washington Heights location.

Next month, Prabasi and Gurmu will formally introduce themselves and their shop to residents at The Riverdale Y’s Sunday Market as well as the upcoming South Riverdale Block Festival hosted by the Kingsbridge Riverdale Van Cortlandt Development Corp.

We’ve “really just liked the community and the neighborhood there and thought that it would be a nice place for us to grow our business,” Prabasi said.

While they are excited, Prabasi and Gurmu also are a little nervous at the same time to open a second location. But she looks forward to meeting the locals at 3702 Riverdale Ave., as well as the people who will become their regulars.

“I hope that they will enjoy having a place to go, but also really enjoying the quality of the coffee,” Prabasi said. “For us, it’s a labor of love. We love doing this, so I hope they will enjoy the whole experience.”