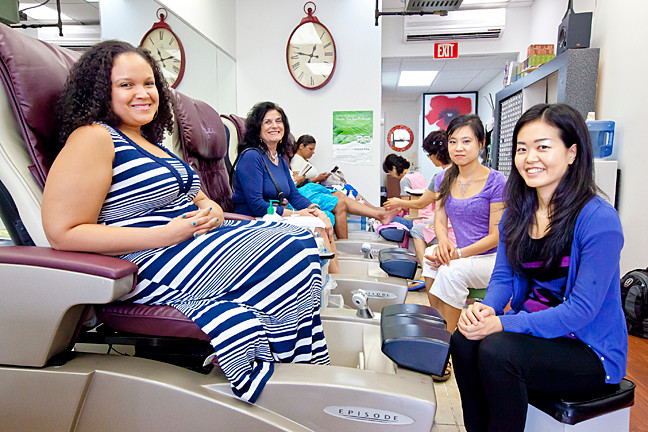 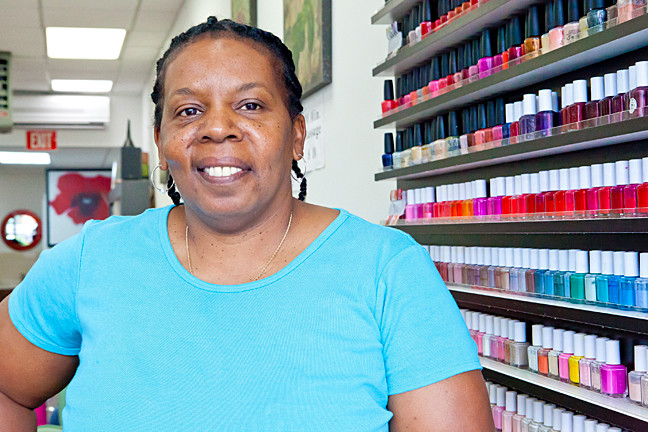 A nail salon in Riverdale got the Hollywood treatment in Sandra Nixon’s latest film.

“I was surprised and happy and humbled — it was a great experience,” said Ms. Nixon, a Riverdale resident of over 20 years who has been a Lee’s Nail Salon customer for about 7 years. After pitching her idea to the owner, Anie Lee, Ms. Lee gave her the go-ahead to film at the salon.

“There are a lot of stories that can be told by many people, and I think I’m one of them,” the filmmaker said.

The movie takes a look at interactions between salon customers and nail technicians. Much of its humor, Ms. Nixon says, stems from misunderstandings between the Korean women who work at the salon — speaking to one another in their native language — and their English-speaking clientele.

“It was pretty easy to write for me because it was something I experienced,” said Ms. Nixon, who recounts getting a manicure at a salon in Manhattan, worrying the nail technicians were talking about her.

After recording the technicians’ conversations — for research purposes — and having them translated, she discovered they were actually talking about family issues.

“It’s a universal thing that people probably go through all the time,” said Dolores Snyder, an amateur actor who played a disgruntled customer in the comedy.

Though Ms. Nixon dabbled in film during her 20 years with the NYPD, her retirement has allowed her to focus on her art. She produced two short films before Mani-Pedi, but this project is her first foray into both writing and directing.

She started writing Mani-Pedi during a script writing class at Westchester Community College a year and a half ago. After five or six rehearsals with her small cast, she filmed it at the salon in one day, over a span of ten hours.