Coming together for a global (piano) performance 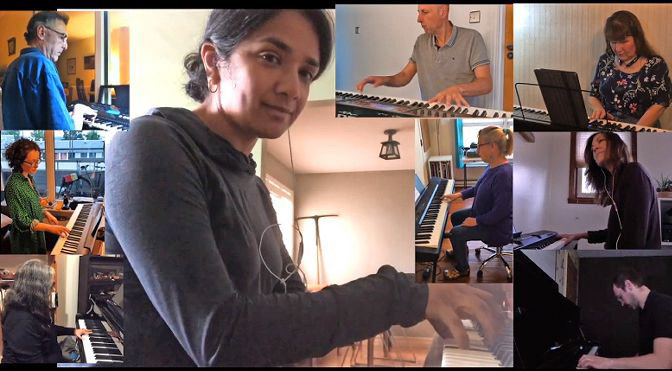 In July, 50 individual musicians from around the world got together in a virtual performance of ‘World Piano Jam,’ a piece written by professional musician Ron Drotos.
Courtesy of Ron Drotos 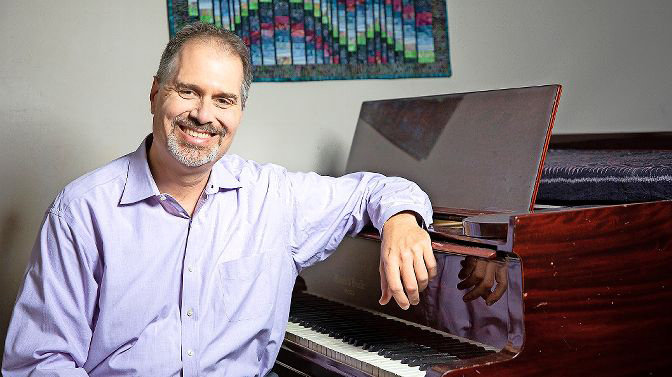 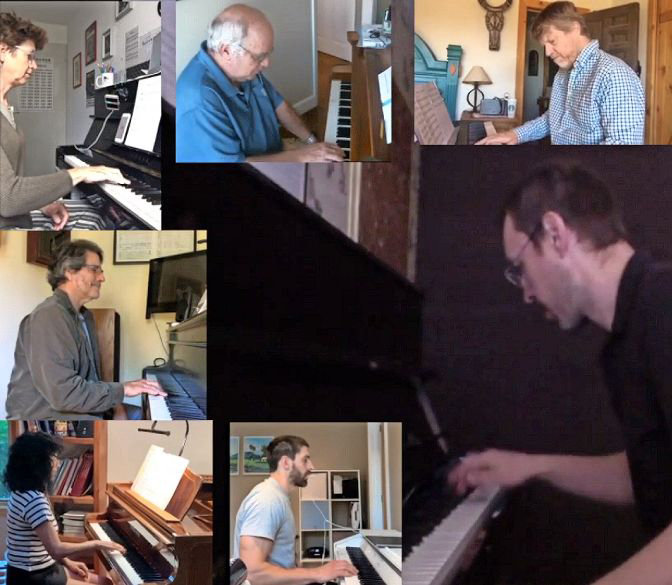 Professional musician Ron Drotos and 50 of his online students from around the world gathered virtually to create a ‘World Piano Jam,’ a four-minute piece available on Drotos’ YouTube channel.
Courtesy of Ron Drotos

Professional musician and improvisational artist Ron Drotos and 50 of his students of all ages from around the world gathered together to create a ‘World Piano Jam,’ a semi-improvised piece of numerous different styles and genres.
Courtesy of Ron Drotos
Previous Next
Wanna listen?

You can watch Ron Drotos and his piano students perform at tinyurl.com/WorldPianoJam

Musical improvisation may be the art of making it up as you go along, but music is a language like any other. Learning a language that has no alphabet, however, may seem difficult — but it just takes a good teacher.

That’s where Ron Drotos comes in.

For 20 years, Drotos has taught students of all ages how to improvise, mostly through a jazz tradition. Just like the art itself, the rules are a little fuzzy.

“You can use any kind of piano,” Drotos said. “It’s all very forgiving. Any age, any level of basics, it’s all about hearing and listening. I’ve found I’m pretty good at showing people how to play, but also what to listen for.”

Indeed, Drotos is well known for exactly that, here and the world over. After moving to Riverdale back in the mid-2000s, Drotos taught locally, person to person. In 2012, he started KeyboardImprov.com, which presented Drotos’ own work as a musician, as a teacher, and provided his thoughts on music through a written blog.

His sixth post, which explained how to train your musical ear to learn improvisation, drew the attention of an unlikely reader.

“A Cambridge doctoral student interviewed me for two hours and recorded me playing,” Drotos said. “She was doing her doctoral thesis on improvisation. She sent me a leather-bound copy of the thesis at one point. That was the first time I’d ever done Skype.”

Drotos’ teaching, be it from his blog or his YouTube channel of the same name, has garnered students from across the globe, including Australia, South Africa, the Philippines, Indonesia, Greece, not to mention right here in New York City. Even before that doctoral student, Drotos had focused on utilizing the internet and videoconferencing applications to provide his lessons, which may draw the question: How does one teach something as complex as improvisation through a screen and computer keyboard?

“I do Skype or Zoom or even FaceTime,” Drotos said. “Even three years ago, people asked if it was possible to teach piano over Skype, and it actually is. In fact, it might be a little easier for what I’m teaching, which is widely improvisational styles. It’s about getting into the fun of music without stress.

“I’ve found I’m also good at guiding people through that early, initial learning curve. It’s easier because they’re in their homes and safe, and it’s a different dynamic than a pressuring teacher right next to you.”

And Drotos should know. He’s a career musician himself, working with Chris Brubeck, son of famed jazz musician and composer Dave Brubeck, as well as jazz vocalist Giacomo Gates. Since 1999, Drotos also has been part of the Fairbanks Summer Arts Festival in Arkansas, performing and conducting musicals like “Smokey Joe’s Café,” and “Swinging on a Star.”

He knows the ins and outs of being a performer in a genre famed for its complexity and joy. But in the end, he adores teaching the key to jazz to his students in a time where all knowledge is accessible — and potentially overwhelming.

“People will have all these method books lined up on their keyboard,” Drotos said. “But they don’t touch them because there’s too many and they all seem to ask different things. Now, with the internet, there are so many videos, all asking things like ‘play for six hours a day,’ or ‘no, play for four hours every other day,’ you get practice paralysis and don’t know what to do.

“I want to alleviate that, and especially now over the last several months, I want to help people learn improvisation without all the stress going on right now.”

And that’s where “World Piano Jam” slides onto stage. The four-minute virtual orchestra features prominently on Drotos’ YouTube channel, boasting more than 1,000 views. Drotos recruited 50 of his current and past students — some of whom are, like him, professional players — to get together and play a single piece, in 50 different ways, all at once.

“I spent around 200 hours putting this together in total,” Drotos said. “I asked them if they wanted to be part of it and they said yes, so I wrote the score, but left a lot of room for improvisation. It lets their individual styles shine through. I also figured out how to use video editing software to make the video. It’s a labor of love.”

Coming together in times of shared terror is important, according to Drotos, and through the magic and bouncing joy of music, something joyful can come out of it. What exactly that bounce, those spaces for improvisation between set, definite notes that one must play, is a little more common than one may think.

“Improvisation in music is the same thing as using language,” Drotos said. “Billy Taylor, who lived here by the way, on Kappock, taught me that. The best way to learn it is to dive in, just like first learning to speak. We’re not trying to be brilliant at every moment, it’s not. It’s just like conversation.

“You’re not inventing words, usually, but with improvisation, you already know what it is. You’re doing it all the time.”