Recent round keeps the Kingsbridge Armory in Kingsbridge’s District 14 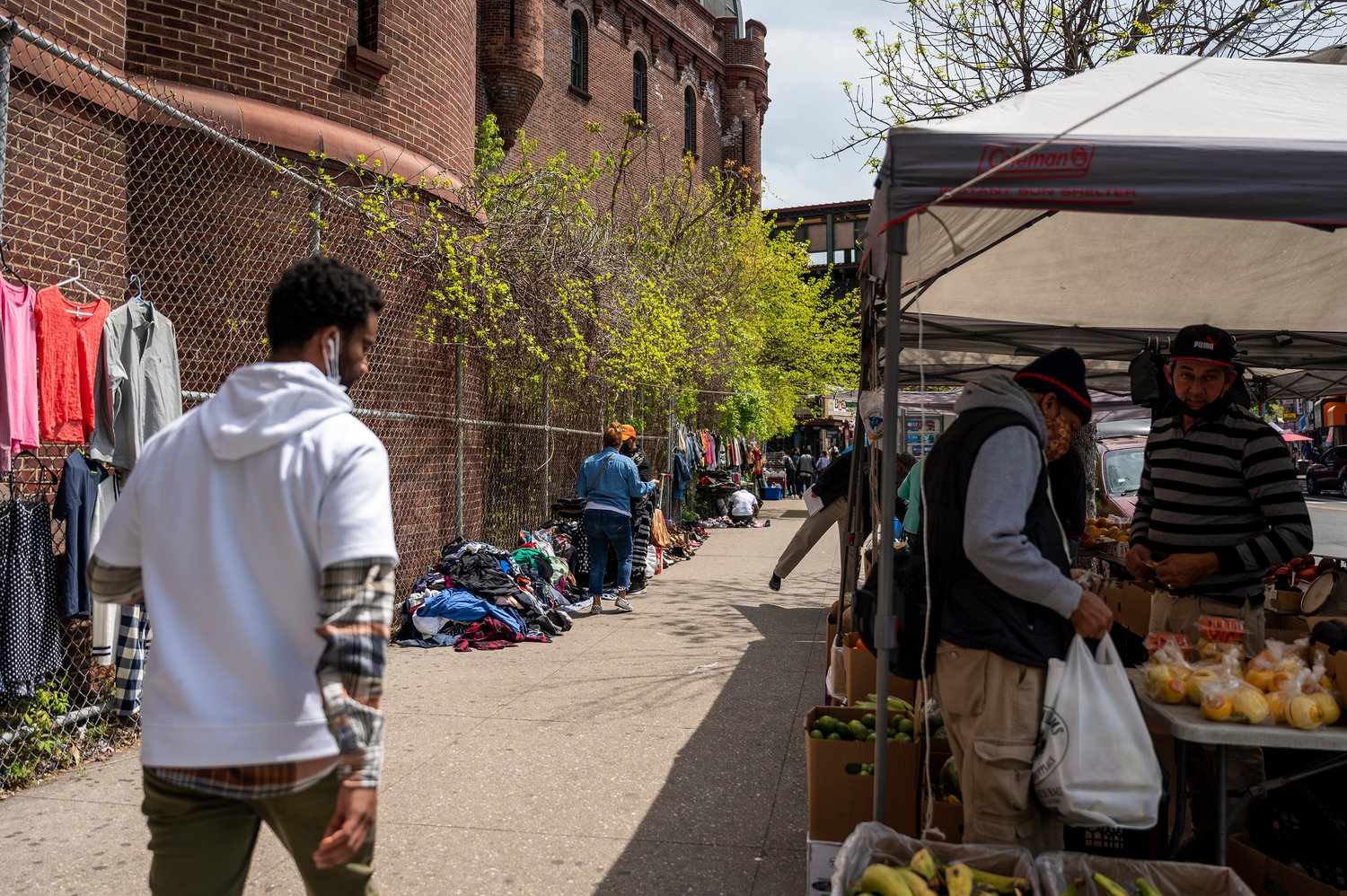 The districting commission listened to the public and returned The Kingsbridge armory to district 14 in the latest round of draft maps. Whether the armory will remain in the district remains to be seen as the commission is planning to tinker yet again with the lines in the coming weeks.
HIRAM ALEJANDRO DURÁN 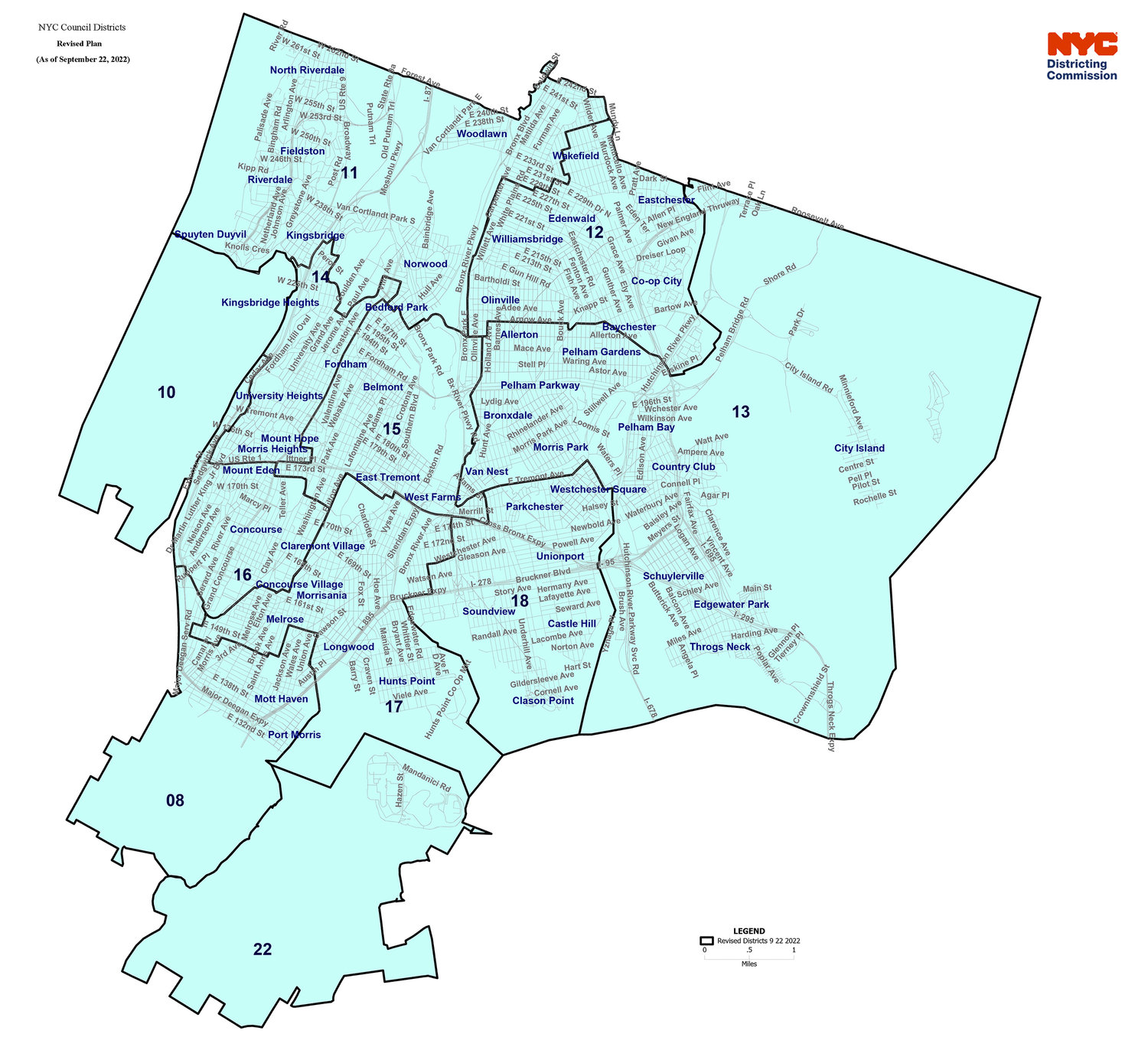 A draft version of the new city council district lines that were rejected by the same commission that drew them.
Previous Next
By Sachi McClendon

It’s back to the drawing board for the commission that was set up to reconfigure the new city council district lines. That’s because, in a highly unexpected move, the latest round of draft maps were rejected by eight of its 15 members in a meeting on Thursday.

In what was perhaps the biggest reversal, the Kingsbridge Armory was returned to District 14, after the first round of draft maps had it moved to District 11. That shift incensed several community groups, including The Northwest Bronx Community and Clergy Coalition, which had been organizing around the armory for well over a decade.

“That armory could mean so much for that neighborhood,” said Juan Nuñez, who was representing the clergy coalition at a recent hearing. “And to divide it and put it in a district with a bunch of white folks in Riverdale and Spuyten Duyvil, no disrespect, but that is not going to affect those folks up there.” District 14 has one of the highest rates of poverty in the city, especially compared to District 11 which is home to several affluent enclaves, particularly those closer to the Yonkers border.

Marshall Strawbridge, who is leading clergy coalition’s redistricting efforts, was glad to see the commission return the armory to District 14, and hopes that change will be reflected in the final version.

Even after fielding and reviewing more than 9,000 submissions from the public on how to improve upon the first draft, the commission has not been able to agree on how to slice up the city into 51 districts. It has accounted for both its population growth of 630,000 people and the many city charter mandates.

If the maps had been approved, the new lines would’ve been sent to city council, which would have either given its seal of approval or have sent them back to the commission for another round of tinkering.

Bronx Chamber of Commerce president Lisa Sorin, who sits on the commission, was one of the eight who voted down the second-round draft.

“I will say that I want to move on to the next process,” Sorin said. “Selfishly I’m going to be completely honest, and say what I don’t want is another huge round of public hearings because I think that among ourselves there’s been so much debate, so much conversation. We’ve listened to the testimony but there’s still a lot to be heard,” she said at the meeting. “And I need to hear more from the Hispanic community.”

“Commissioner Sorin firmly believes that more outreach needs to be conducted in communities where English is not the primary language,” a spokesperson for Sorin told The Riverdale Press, when asked specifically why she voted no. “Additionally, a closer look needs to be had on how to develop robust outreach tools to serve communities which had low engagement numbers.”

Over the weekend, Politico NY reported that a mayoral aide reached out to several of the commission members on the eve of the vote urging them to shoot down the revised draft map.

Many of the other members who rejected the proposed lines cited concerns with the redistricting process itself, a restrictive law ensuring limited population deviation, as well as the prospect of diluting voter power within districts, specifically in southern Brooklyn and Staten Island.

In the updated version of the map, many of the changes suggested by the public, community organizations and city council members in this corner of the Bronx had been implemented. Or rather, many of the changes the commission had originally made were reversed: this latest draft looks almost identical to the map currently in use for the area.

New York Immigration Coalition executive director Murad Awawdeh praised many aspects of the latest map, yet was still critical of those drawn in the area.

“We cannot ignore that immigrant communities continue to be split, including in southeast Queens and in the northwest Bronx, meaning additional changes need to be made to ensure community members have a chance at fair representation,” Awawdeh said.

Unlike the clergy coalition, NYIC’s Asher Ross said that their organization was in full support of the first draft lines for the districts in the northwest Bronx released back in July, which put the armory in council district 11. “They basically altered the shape of district 11 and made it into a district that encompassed more Kingsbridge and would not have included Wakefield,” Ross said. “That would have actually been a new majority Latino district. We really applauded that proposal.”

According to data provided by CUNY Graduate Center’s Redistricting and You mapping service, the population would be 51 percent Hispanic. Under the rejected lines, that was no longer the case.

What Councilman Eric Dinowitz thinks of the scrapped proposal remains to be seen. He did not get back to The Press in time for a comment during Jewish high holy days. That said, Dinowitz has said publicly that he wants Wakefield to remain in his district, while keeping Kingsbridge — along with the armory — in the neighboring District 14.

According to the commission chair Dennis Walcott, its members will reconvene on Thursday and Friday of this week to discuss the next steps in redrawing the maps. No matter what, the new lines need to be ready to go into effect come 2023, when all 51 council seats will be up for grabs.