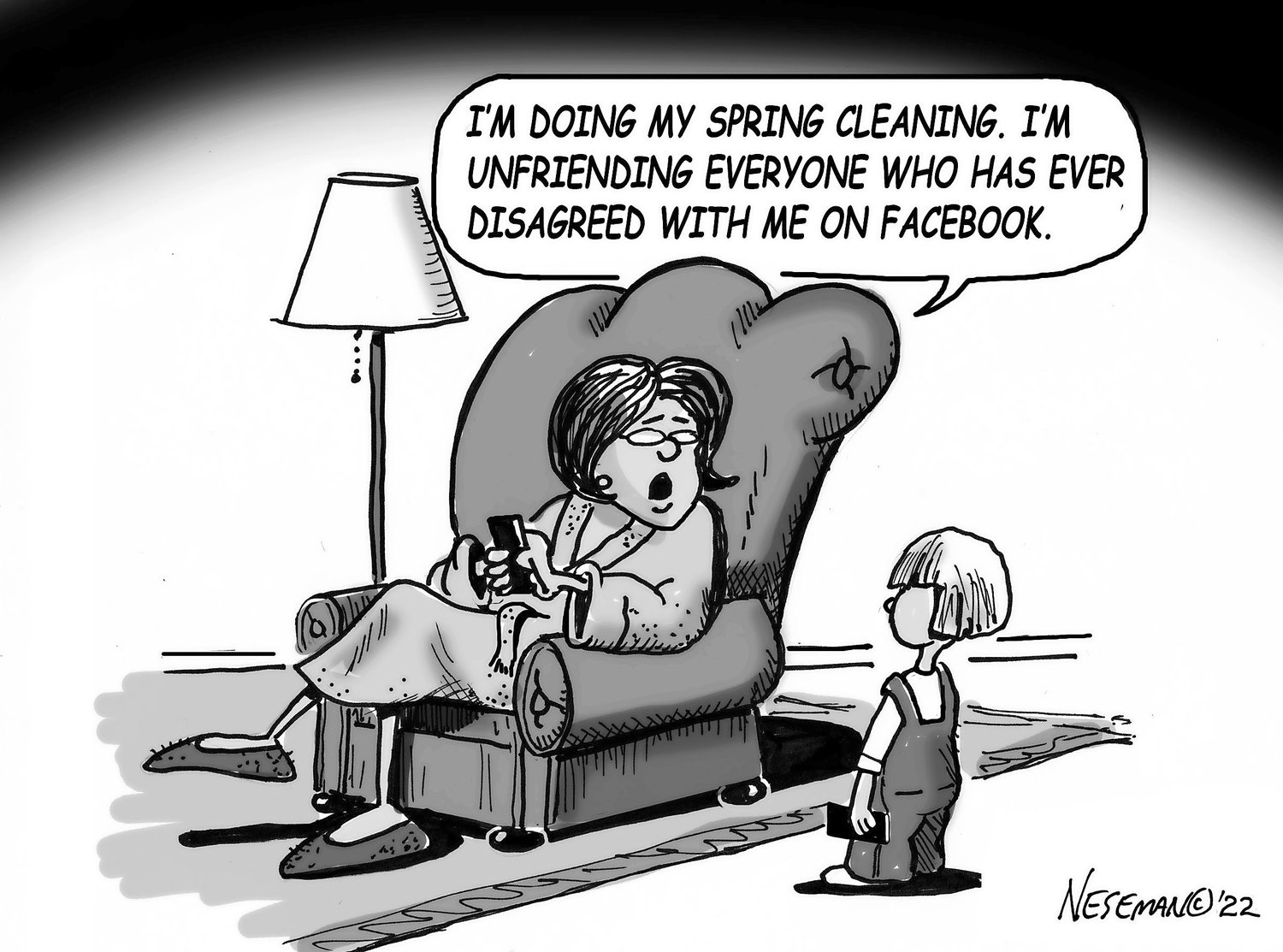 A free and diverse press is the backbone of a healthy and vibrant democracy. Yet, social media and search engine giants like Facebook and Google are taking content from local newspapers — like this one — with little, if any, benefit to those newspapers.

But it is readers who are truly harmed by Big Tech’s content filtering and data collection motives — all of which ultimately reduce the output of quality journalism.

All of it is simply unfair — to readers, and especially to the newspapers who serve them. Congress must take action to fix this by approving an equitable revenue model similar to what the music industry fought hard for — one which pays royalties to content owners, which ensures more of that content can be produced in the future.

Let’s not forget the important tenets of local newspapers:

• Quality journalism is key to sustaining civic society, and we must ensure those who create journalistic content are compensated for their work.

• With freedom of the press enshrined in the U.S. Constitution, it is imperative to take reasonable and meaningful steps to protect this important institution.

• The public rightfully trusts their local newspapers. One recent survey has shown nearly 75 percent of Americans have confidence in their local newspaper, compared to just a little more than half for national network and cable news. Just 17 percent trusted social media.

A bipartisan bill is making its way through Congress known as the Journalism Competition & Preservation Act. It’s sponsored by U.S. Sens. Amy Klobuchar, a Democrat from Minnesota, and John Kennedy, a Republican from Louisiana, as well as two congressmen from both sides of the aisle, David Cicilline of Rhode Island and Ken Buck of Colorado.

The bill would enable news publishers to collectively negotiate with Big Tech, driving billions of dollars of subscription and ad dollars back to the news publishers who produce good journalism in the first place.

It would also include an enforcement mechanism to ensure negotiations result in payments, that such payments are evenly distributed to small and local papers, and that payments reflect investments in reporters and newsrooms. It would allow market forces — not just two companies or even the government — to determine how, and for what price, news publisher content is offered

American news publications reach more than 135 million Americans each week. Yet the revenue produced by these same publications has dropped by more than 50 percent in recent years, fueled by this mass — and many times involuntary — distribution over dominant digital platforms like Facebook and Google.

Social media might claim their re-distribution of content actually helps newspapers expand their audiences. But in reality, newspapers provide must-have content for these tech platforms that ultimately help them capture visitors. Publishers deserve fair compensation for the value they offer, and it’s just not happening from this so-called audience expansion.

Individual news publishers cannot challenge the basic terms offered by Big Tech because these platforms are too big, and smaller newspapers can’t even get a seat at the table. And because of that, Big Tech can grab as much as 70 percent of every ad dollar from news publishers while hiring zero reporters. Newspapers bear all the expense, while social media giants get all the benefit.

Facebook and Google exert their dominance over the digital marketplace by setting the rules for news publishers and determining how their work is displayed, prioritized and monetized. In fact, more than 65 percent of users don’t even click the links offered by Google that would take them to the outlets paying to create the very content they’re reading in the first place.

And it’s not that readers aren’t using social media and major search engines. One study showed 57 percent of New York residents get their news from Facebook.

Nearly half use Google as their primary source of news.

If Washington doesn’t intervene soon, we will continue to lose hundreds upon hundreds of newspapers — just like this one — across the country, and right here in your hometown. But Congress needs to know they have your support in order to act.

Our democracy depends on local media like the newspaper you hold in your hands.

It was so important, it’s part of the First Amendment enshrined in the Bill of rights. But local media depends on you.