Gov. Kathy Hochul is expected to call lawmakers back to Albany for a session to revive COVID-era law 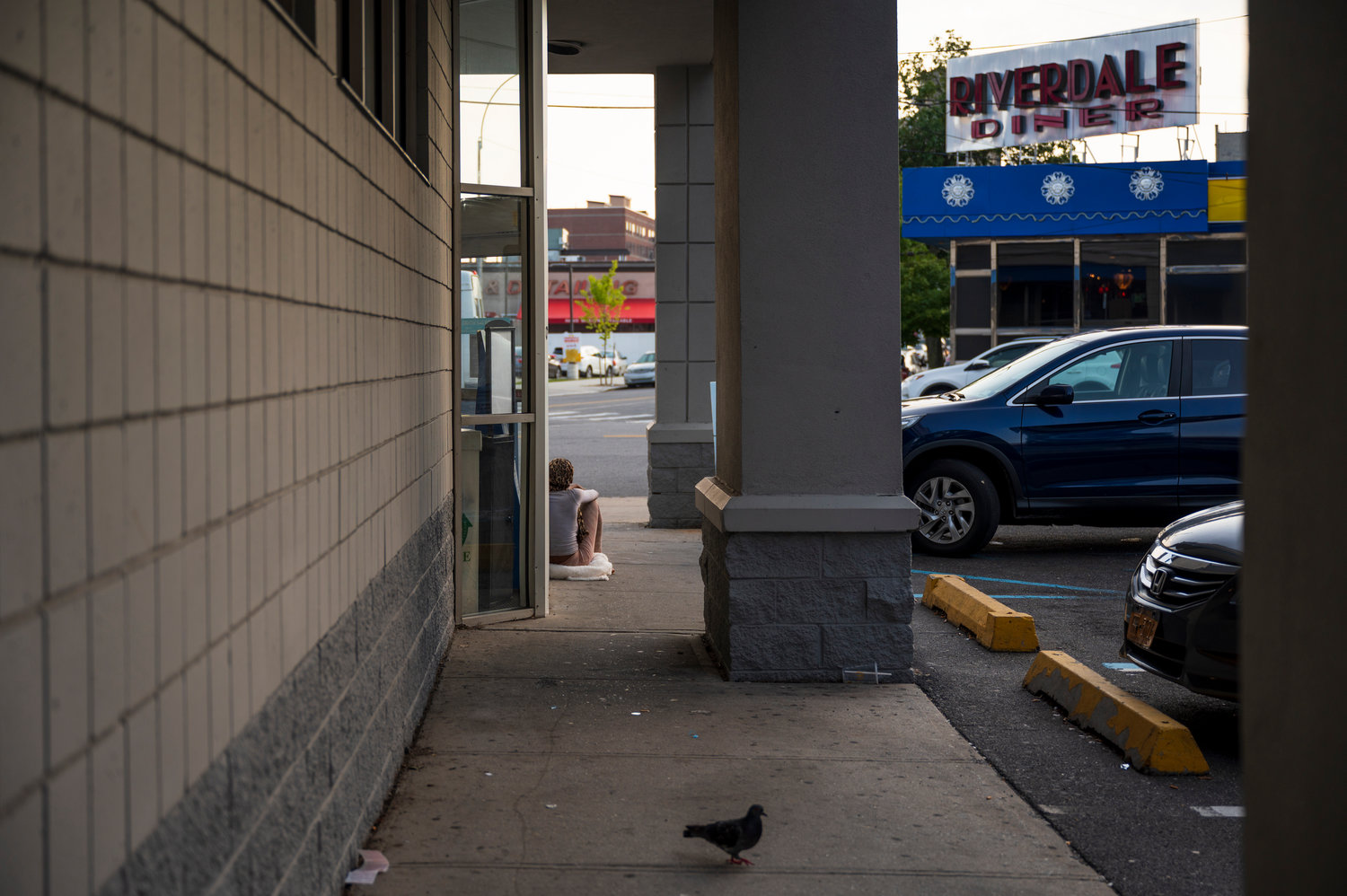 A woman sits outside of the West 238th Street Rite Aid, one of many in the city who are homeless. Some say she could be joined by so many more unless New York’s now-expired eviction moratorium is not re-upped. Gov. Kathy Hochul could call for a special session to address the moratorium as early as Wednesday.
HIRAM ALEJANDRO DURÃN 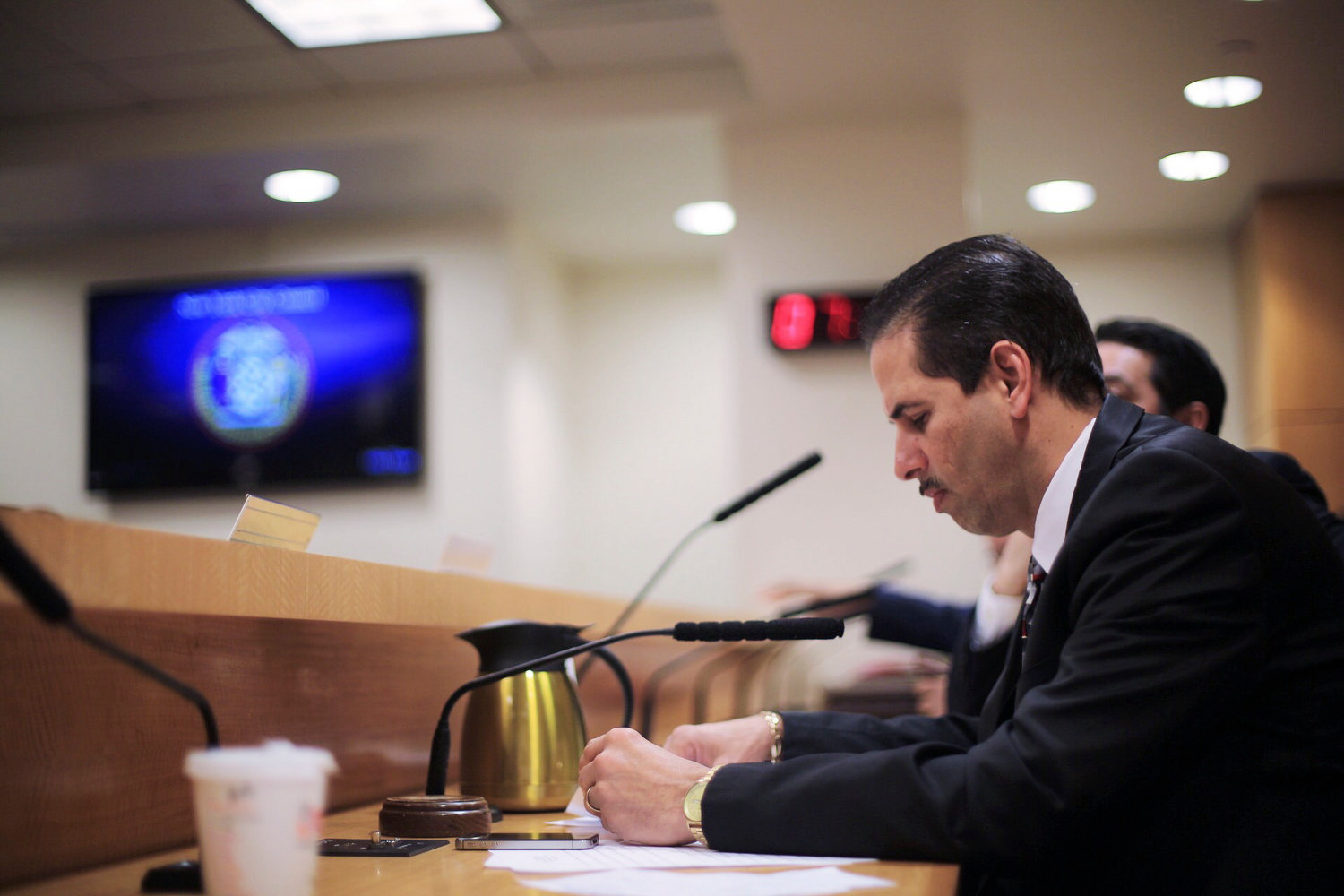 Councilman Fernando Cabrera says he’s now helping anyone he can apply for federal emergency rental assistance. If coupled with state efforts to revive a now-expired eviction moratorium, some leaders like Cabrera believe tens of thousands could keep their homes despite suffering significant financial hardships in the wake of the coronavirus pandemic.
Courtesy of New York City Counci
Previous Next
Support journalism

Time’s up! The eviction moratorium has expired.

After the U.S. Supreme Court ruled against the Centers for Disease Control and Prevention’s federal eviction moratorium, it’s now up to states like New York to help keep tenants financially affected by the coronavirus pandemic in their homes.

But the state’s own eviction moratorium expired last week. And it’s going to take an act of a governor — one like Kathy Hochul — to put a new moratorium into place.

Hochul is expected to call lawmakers back to Albany for a special session as early as Wednesday, according to published reports, with the single goal of keeping people in their homes. Reports suggest as many as a half-million people are in jeopardy of being evicted because they couldn’t pay all their rent during the public health crisis — many exposed to the possibility of ending up homeless.

If that happens, an already strained homelessness program in New York City could indeed be overwhelmed. That is, unless federal dollars allocated under an emergency rental assistance program can finally be distributed to those who have hefty tabs with their landlords.

If lawmakers fail to put a new moratorium into place, could the city handle a large influx of displaced families heading into its shelter system? A city social services department spokeswoman didn’t address that specific issue, but did highlight some measures city leaders have passed throughout the pandemic she believes may help in the fallout.

One measure the city is banking on is the right-to-counsel program, designed to give free legal representation to tenants facing eviction because of income difficulties at housing court. The city also is “reinstating, expanding, (and) developing vital rental assistance programs.”

“We have made (progress) keeping vulnerable New Yorkers in their homes and connecting New Yorkers experiencing homelessness to permanent housing,” social services department spokeswoman Neha Sharma said. That’s all “despite the significant obstacles posed by the COVID-19 pandemic and related housing challenges.”

Still, the measures don’t guarantee it would save the city from a mass eviction affecting tens of thousands of families.

One pandemic-era practice of sheltering some homeless in what were otherwise vacant hotel rooms ended earlier this year. Housing advocates called out that timing because while many parts of New York City are once again open, there are still some serious effects of the pandemic affecting many, including the homeless population.

In what is a race against the clock, New York must now disburse more than half of its federal emergency rental assistance dollars that have just trickled out over the past few months. On top of that, federal bonus payments to those on unemployment also is set to expire this month, potentially leaving cash-strapped residents out of options.

Although the eviction moratorium is gone, lawmakers have a little more time to get a new one put together. Typical evictions can take up to three months to remove tenants from their homes. So it’s expected that even if a new moratorium is passed while courts are considering such cases, if done before renters are physically kicked out, it should be enough to allow them to stay put.

Outgoing councilman Fernando Cabrera — who represents part of the New York City Housing Authority’s Marble Hill Houses — says he’s doing his part to try and get renters caught up with their landlords.

“We expect an influx of constituents needing help and have already had some coming in,” said Clark Peña, the councilman’s communications director. “We’re really concerned that December is very close by.”

Cabrera has already begun training his staff members on how to get federal rental assistance funds to constituents — many times simply helping them fill out what can be a rather lengthy and complicated — application process.

“We are just hoping for the best,” Peña said, “but preparing for the worst.

Still, Peña says now is the time to act, especially since getting behind on rent is not a problem exclusive to the pandemic.

“This is just going to mount up and snowball,” he said. “We know this. We cannot have people sleeping in the streets. That is completely unacceptable.”

“With the eviction moratorium lifted, it’s more important than ever that individuals and families who accrued arrears because of the pandemic apply for rent relief,” said Eileen Torres, the organization’s executive director.

BronxWorks has offered help against eviction and homelessness since its founding in 1972, and is responsible for overseeing the Jerome Avenue men’s shelter on the Norwood side of Van Cortlandt Park that can sleep as many as 200 people.

“BronxWorks is working hard to get the word out on the ground about the emergency rental assistance program, in addition to helping tenants submit their applications for arrears,” Torres said.

Tenants who apply for the rental assistance program cannot be evicted while the application is being processed, thanks to an order by Hochul.

But still, could the city’s continuing battle against the spread of the coronavirus now be complicated by an even larger battle against uncontrolled homelessness?

“We’ll continue to work hard to keep our constituents from losing their home,” Cabrera spokesman Clark Peña said. “No one deserves to live on the streets, especially as the streets start to get cold.”