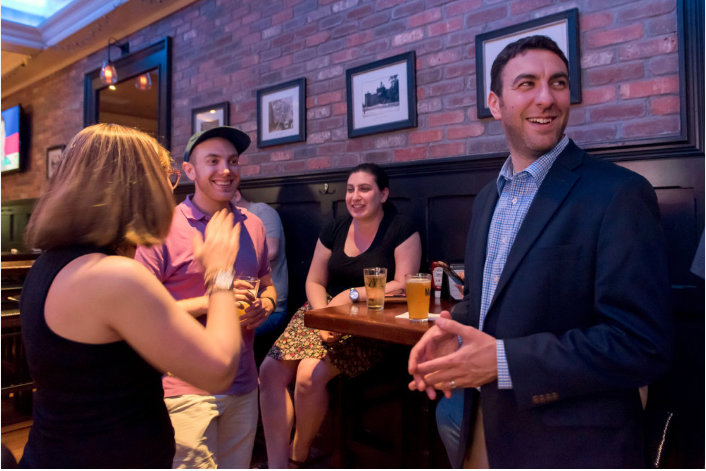 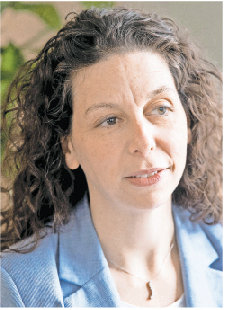 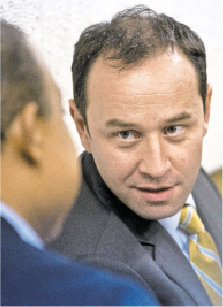 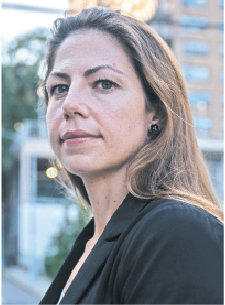 Could you pledge not to visit a specific country if it meant getting help to achieve a goal, like winning public office?

That was a question facing some candidates looking to become members of the city council. A local chapter of the Democratic Socialists of America targeted junket trips to Israel organized by groups like the Jewish Community Relations Council of New York they say pushes an anti-Palestinian agenda on city lawmakers.

Assemblyman Jeffrey Dinowitz was one of the early lawmakers to call the DSA out on such a question, yet his son Eric — who is running for the city council — was not one of the candidates who received the questionnaire.

Still, the younger Dinowitz called the question about travel to Israel, as well as whether he would support the so-called boycott, divestment and sanctions movement against Israel “heartbreaking.”

“I am a proud American and New Yorker, but I have been — and will continue to be — vocal in my criticism of leaders and policies in our country and city,” Dinowitz said. “But I do not pledge to boycott the United States or New York because of the problems I see. The same can be said of Israel. You can have disagreements with policies and elected leaders without boycotting and condemning an entire nation.”

For Jessica Haller, who also is seeking the same seat currently held by Andrew Cohen, it’s even more personal, considering her father is from Israel. The way the DSA posed its question to some potential candidates was something that just, to her, crossed the line.

“I have yarmulke-wearing friends who were part of the DSA for 10 years, but they don’t go anymore,” Haller said. “They just don’t feel comfortable wearing a yarmulke around them anymore.”

Because of her climate activism, Haller’s world crossed paths with DSA’s on more than one occasion in the past. But the more she’s seen the direction of the group in recent years, the less she’s willing to work with them.

“I think it was lazy,” she said of the questionnaire. “If you’re saying it was ill-phrased, you should have written it better.”

While the original DSA question talked about all travel to Israel, some members involved with the questionnaire now say the travel question was focused more on the free trips organized by groups like the JCRC, and not personal travel, like Haller might do to visit family.

Haller doesn’t believe that being critical of Israeli policies is the same as anti-Semitism. When she has the chance to visit her family in Israel, the dinner table can many times be the site of pretty serious debates about what lawmakers there are doing. Yet, she believes you can still be critical of leaders in a democracy while still loving the country they represent.

“It’s a democracy, just like what we have, and you’re allowed to criticize the government over different policies,” Haller said. “But for what the DSA is doing, it just comes back to carelessness. If you’re talking about being comfortable or uncomfortable in a space, as a daughter of an Israeli, that hit me in the pit of my stomach.”

Dan Padernacht, who was the first to announce a run for Cohen’s seat back in 2018, comes from a household with both Jewish and Roman Catholic backgrounds, creating a rather unusual mix of faiths growing up. Even though he would describe his heritage as that of “a mutt” — a mix of a number of backgrounds, including Native American great-grandparents — that’s also reflective of what’s seen in New York City today.

“Being an American, we understand we’re a melting pot,” Padernacht said. “And I think when you look at it, when you see city government, we have to be cognizant of all the different cultures. The more we know about different cultures and different nations, the better we are as legislators, on creating laws for our diverse population.”

As far as the DSA questions are concerned, Padernacht says if they aren’t outright anti-Semitic, then it’s a “pretty loud dog whistle.”

Abigail Martin, who jumped into the race this past summer, says she’s not a supporter of the BDS movement against Israel, calling such a practice “rooted in anti-Semitism.” But then again, junket trips — or even ones she pays for herself — are at the very back of her mind.

“I have no plans on traveling anywhere outside the U.S., at this time, as I am focused on finding solutions to the egregious health and economic impacts of COVID-19 and serving the people of the northwest Bronx,” Martin said, in an email statement to The Riverdale Press.

Just days before stepping out of the race and throwing his support behind Padernacht, former Press intern and museum docent Dionel Then said the while criticizing Israel isn’t necessarily anti-Semitic, “it does open the window for those individuals who are to voice and add hateful views.”

“I personally have seen criticisms of Israel spiral into anti-Semitism on CUNY campuses, and subsequent alienation of my Jewish peers,” Then said. “I believe the question by DSA was poorly thought out and in poor taste, especially with the increases anti-Semitic tensions we have seen in the past few years.”

Traveling to places — whether it’s Israel or anywhere else — is part of becoming a more well-rounded person, Dinowitz said, especially when it comes to other people, other cultures.

“At my core, I am an educator focused on building empathy and understanding,” he said. “We should take every opportunity to learn and educate ourselves, not shut ourselves off from difficult or uncomfortable conversations — especially as they relate to the lives of people I seek to represent in the city council.”