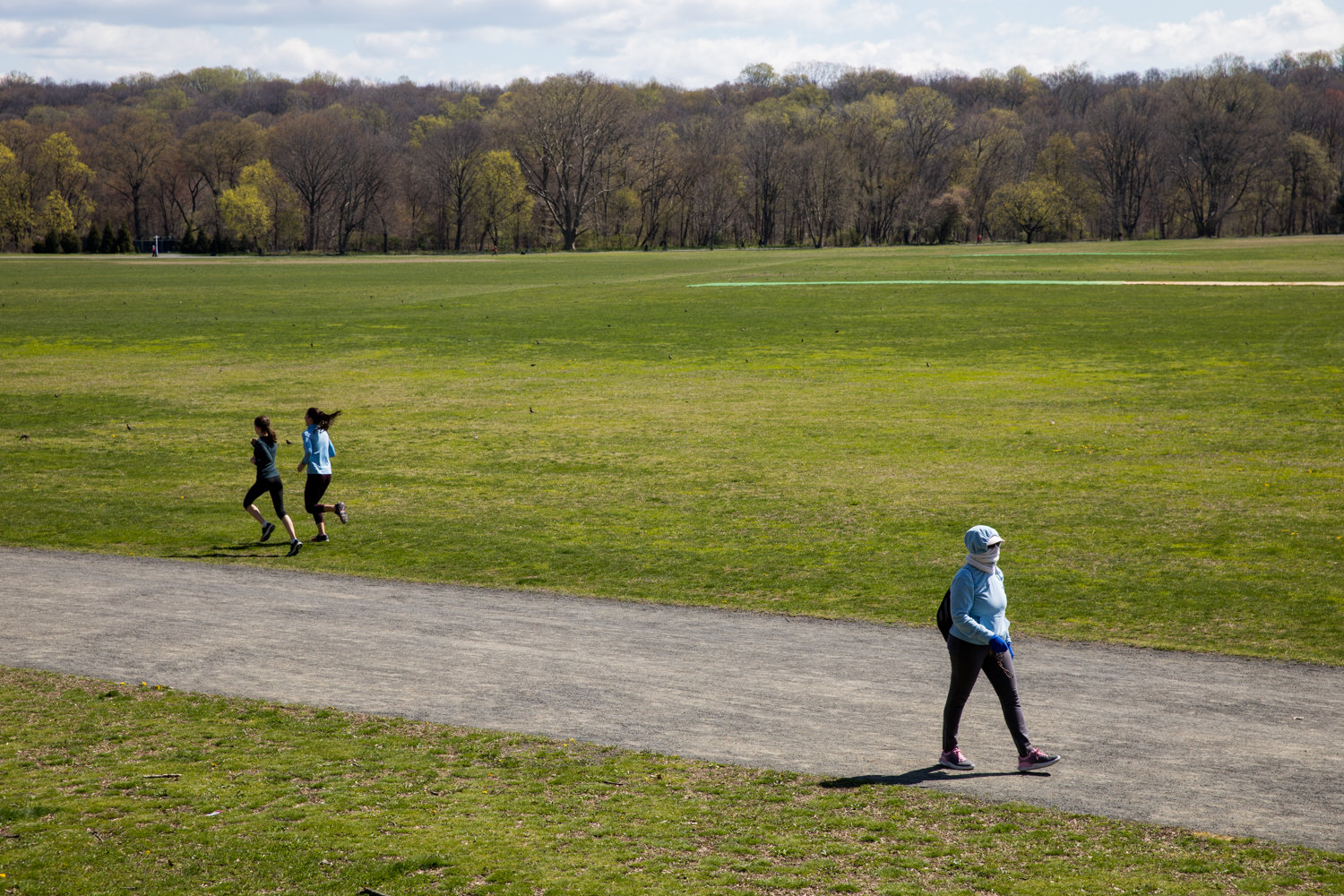 Fencing no longer surrounds a wide swath of Van Cortlandt Park where just a few weeks ago, the federal government had planned to build a field hospital for COVID-19 patients. Plans for the hospital have been scrapped — at least for now — which has earned the ire of Councilman Fernando Cabrera, who feels the borough needs the extra beds.
JULIUS CONSTANTINE MOTAL 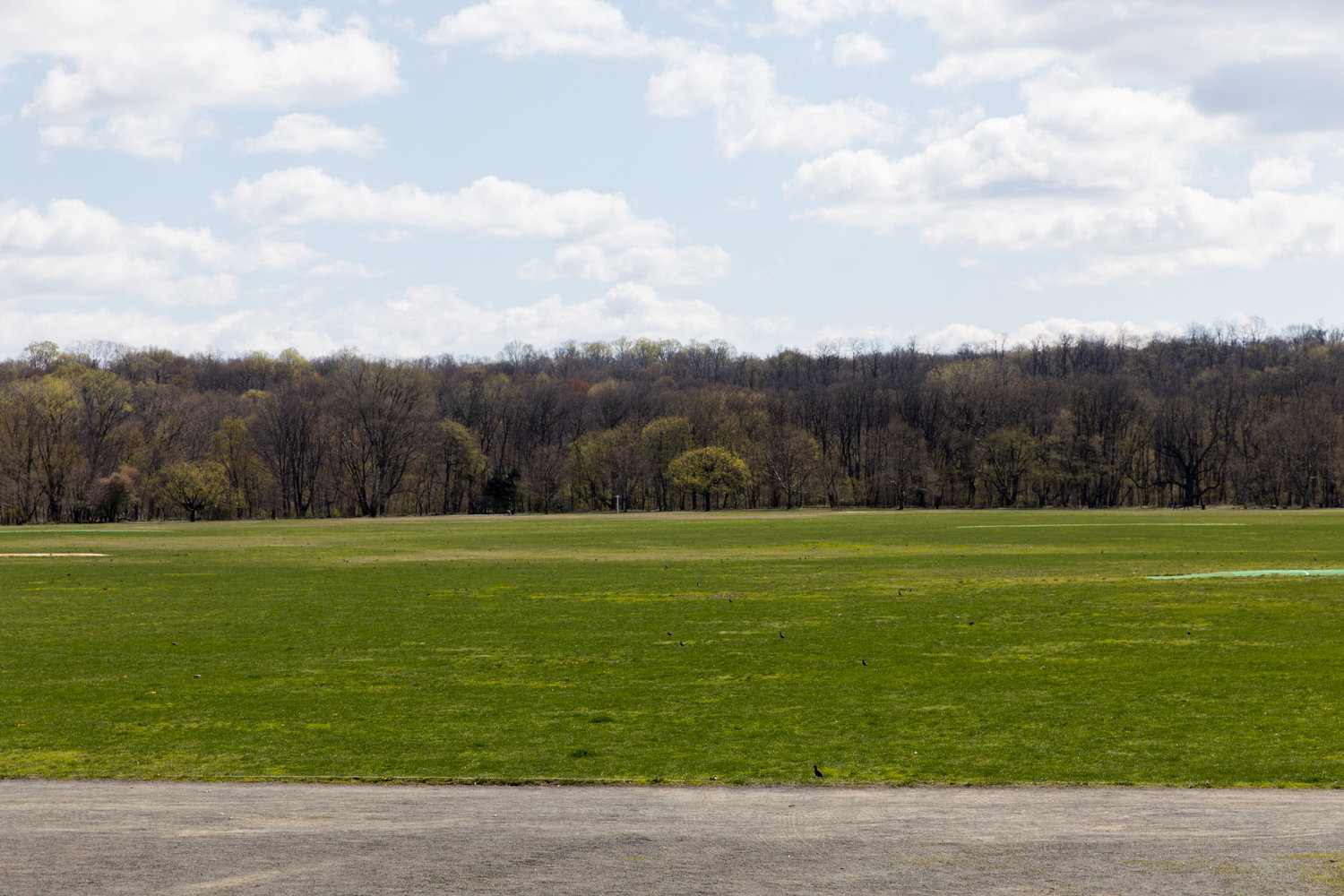 The contract for a COVID-19 field hospital in Van Cortlandt Park has been scrapped for now, pulling down the fencing in part of the park where the emergency facility would have been constructed.
JULIUS CONSTANTINE MOTAL 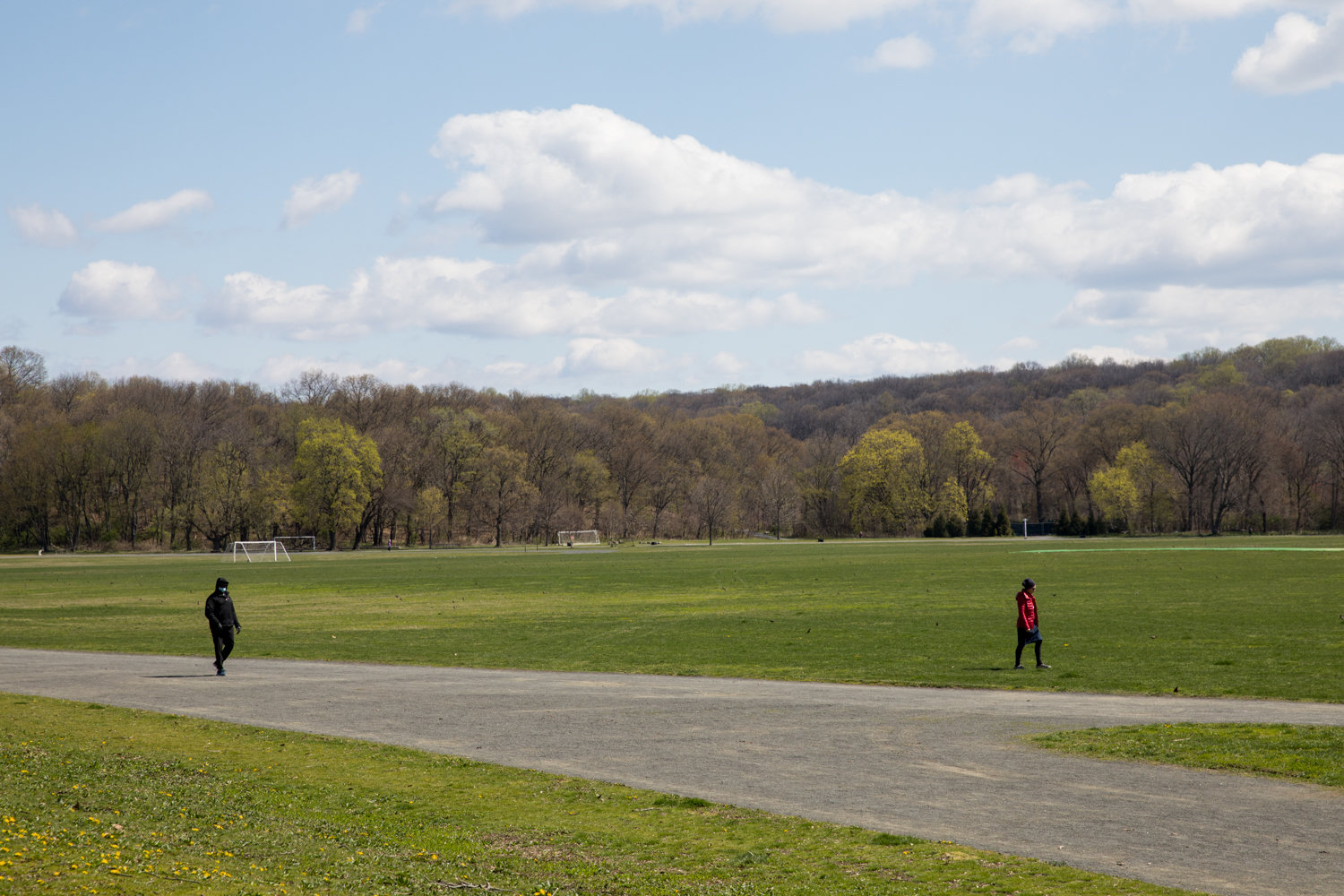 Park goers can have an unobstructed walk in Van Cortlandt Park now that fencing has been removed from an area that was supposed to the site of a new emergency field hospital to treat COVID-19 patients.
JULIUS CONSTANTINE MOTAL 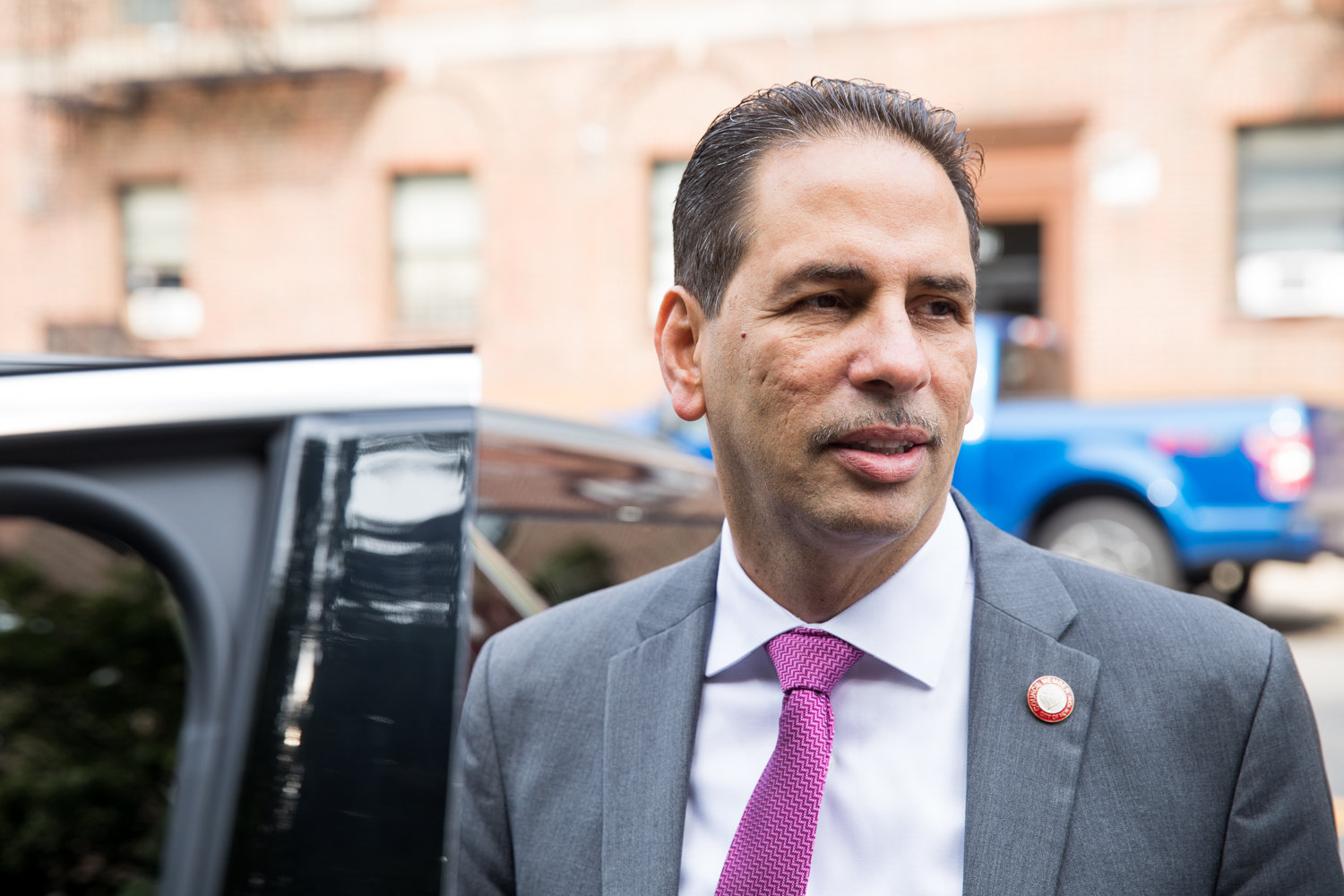 Councilman Fernando Cabrera is not thrilled the contract for a COVID-19 field hospital in Van Cortlandt Park has been canceled. While the state — and city — as a whole seems to be flattening in terms of positive cases and the need for hospital space, the councilman believes the extra beds this Bronx field hospital would have provided is still needed.
JULIUS CONSTANTINE MOTAL / File
Previous Next
By KIRSTYN BRENDLEN

It was only a few weeks ago that news broke of plans by the U.S. Army Corps of Engineers and the Federal Emergency Management Agency to build a 200-bed field hospital in Van Cortlandt Park.

The hospital was one of several the federal government was set to provide in what was expected to be a catastrophic outbreak of the coronavirus that causes COVID-19 in the city. Thousands of beds already were available in Manhattan and Brooklyn from various temporary facilities constructed by the federal agencies, but the Van Cortlandt Park project was expected to add another 200 beds to the Bronx’s hospital capacity.

But then something happened. The rate of confirmed coronavirus infections slowed. The number of people requiring the intensive care unit and ventilators dropped, and hospitalizations leveled off. State officials like Gov. Andrew Cuomo switched gears from begging for personal protective equipment and medical devices, to offering such material to neighboring states.

As the coronavirus cases disappeared, so did the Van Cortlandt Park hospital. The fencing was removed, as were the floodlights likely intended for round-the-clock construction to get the field hospital online quickly.

The Bronx field hospital is not officially canceled, but it’s close, federal officials said. At the very least, the entire project — part of a $40 million contract won by a Virginia defense company that has received billions of dollars worth of government work in the past — has been suspended. In fact, it’s one of three to meet such a fate in the state, according to a FEMA representative.

“The state’s hospitalization rate is plateauing, and we have so far avoided the worst-case scenario we were preparing for,” a representative for the state’s department of homeland security and emergency services said. Because of that, work on the hospital is suspended at this time.

“However, we are closely monitoring all available data on a daily basis to determine if the site will be needed in the future,” the state representative said.

Of course, the biggest question is what happens to the $40 million committed to the project. Parsons apparently did some work at the site, so the company is likely set to receive some funds. McDevitt said Parsons was still working with the Army Corps of Engineers regarding payment.

While both Queens and Brooklyn have higher numbers of positive cases, the Bronx has the highest rate of positive cases per 100,000 people, according to data provided by the city. More than 2,000 people per every 100,000 have tested positive for COVID-19 in the Bronx, with a total case count of just over 29,000 as of Monday.

And while the number and severity of COVID cases have decreased, Gov. Cuomo emphasized that many hospitals were still working at full capacity.

It’s those numbers — and not the positive ones coming from Albany — that has some local officials concerned, like Councilman Fernando Cabrera, who represents parts of Kingsbridge and surrounding communities in the Bronx.

“There’s no sight of sufficient relief,” Cabrera said. “Van Cortlandt is a perfect example. They should have built it and put people there that tested positive. Sometimes you have 10 people who are crammed in one apartment. If we were very serious, this should have been done weeks ago.”

Canceling the Van Cortlandt Park hospital is just part of a pattern of leaving the Bronx behind, said Cabrera, who had earlier this year toyed with the idea of challenging U.S. Rep. Alexandria Ocasio-Cortez in a primary race. Cabrera complained that government focuses primarily on Manhattan and even Brooklyn and Queens, but that the Bronx is not much more than an after-thought.

Councilman Andrew Cohen, whose district encompasses the span of the park, took to social media to express his disappointment.

“The decision to stop work on Van Cortlandt Park’s field hospital in the absence of a plan to address the widening gap in access to care does not align with public statements promising more — not less — relief for the hardest-hit communities in the Bronx,” Cohen shared on Twitter.

The decision left the Bronx without an emergency care site “when disparities in health care access continue to devastate low-income communities of color.”

Officials have spoken out about the disproportionate impact of the virus on communities of color. According to preliminary data provided by the city, the highest confirmed death rates as of April 16 were in black, Hispanic and Latino communities.

And many of those areas are right here in the Bronx.