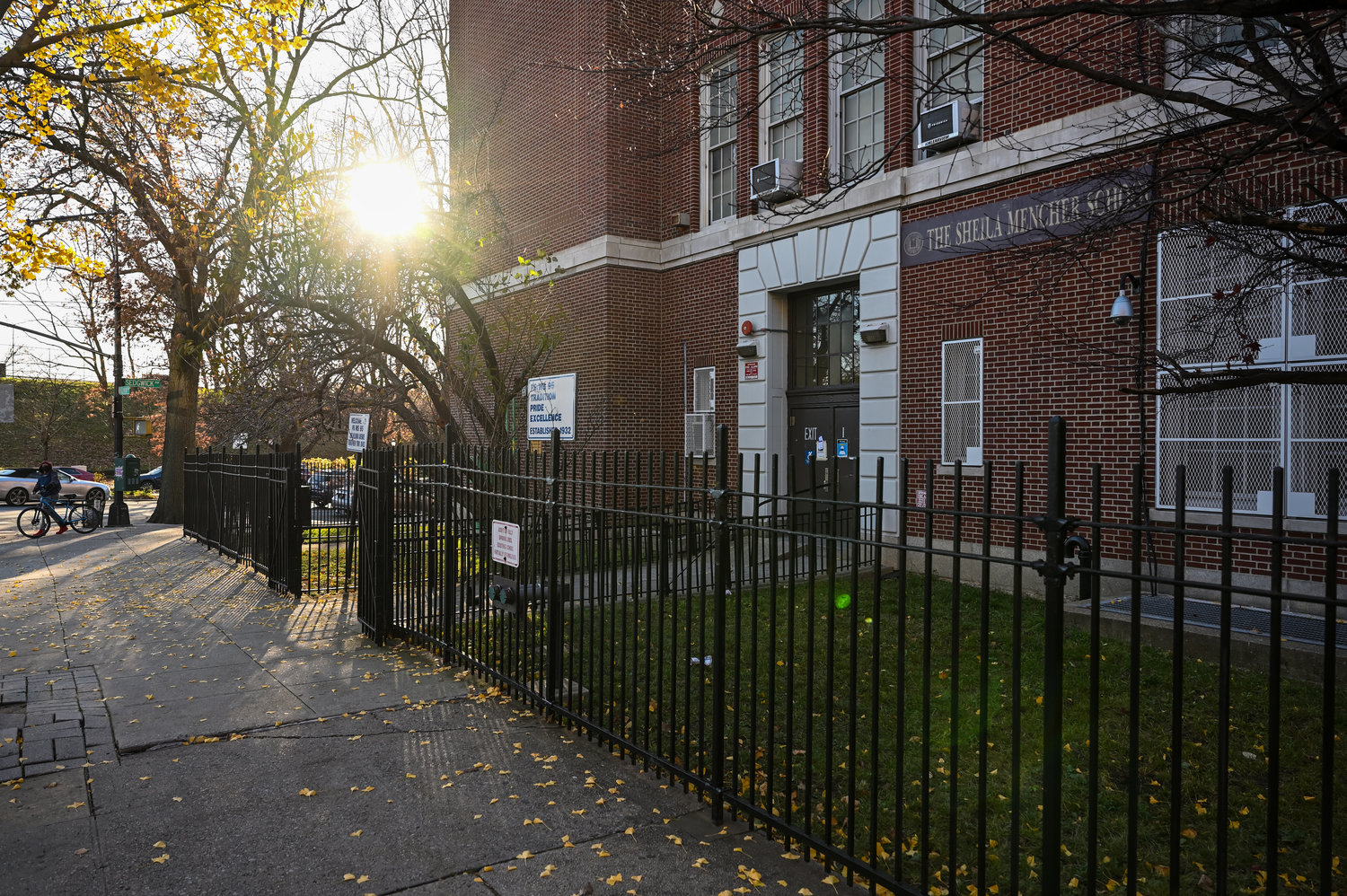 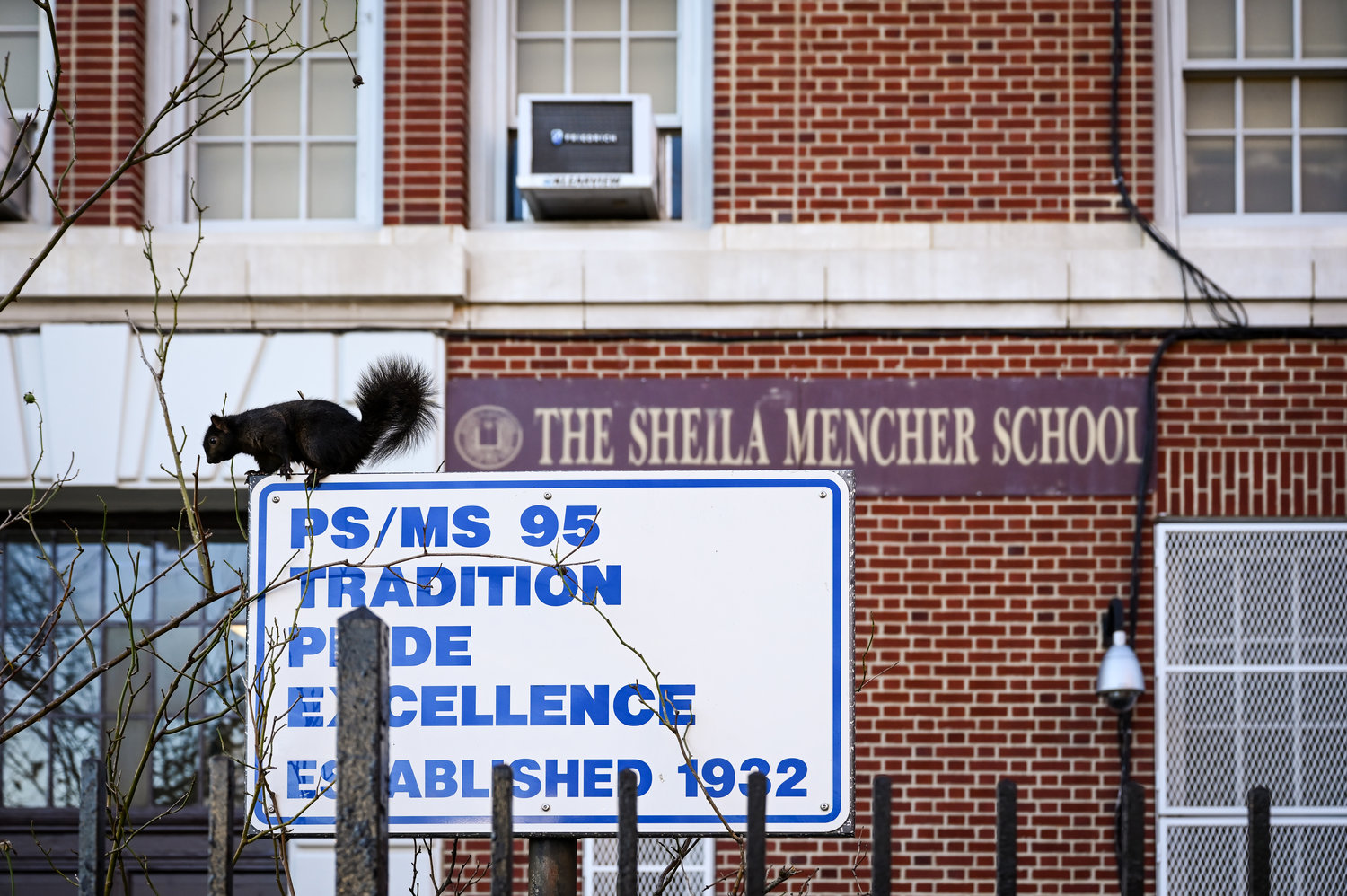 While public schools across the city closed their buildings last week — owing to the city’s weekly positive testing rate — some schools in the area, like P.S. 24 Spuyten Duyvil and P.S. 95 Sheila Mencher, already had been subjected to 14-day closures due to multiple coronavirus cases on campus.
Hiram Alejandro Durán 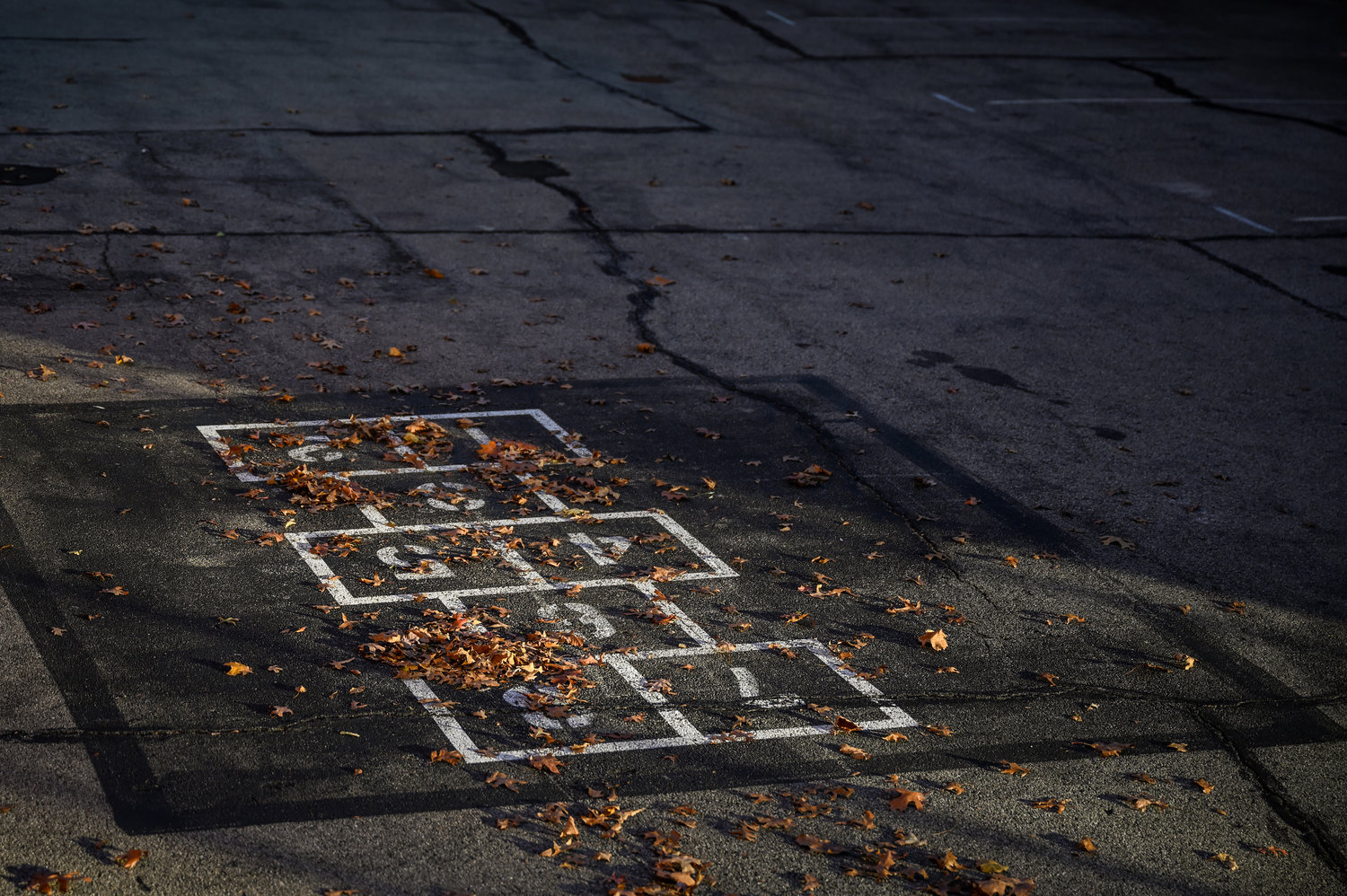 Schoolyards and playgrounds at city public schools are vacant once again, as their buildings closed Nov. 19. This marks the second time this year the city closed school buildings citywide due to the coronavirus pandemic.
Hiram Alejandro Durán 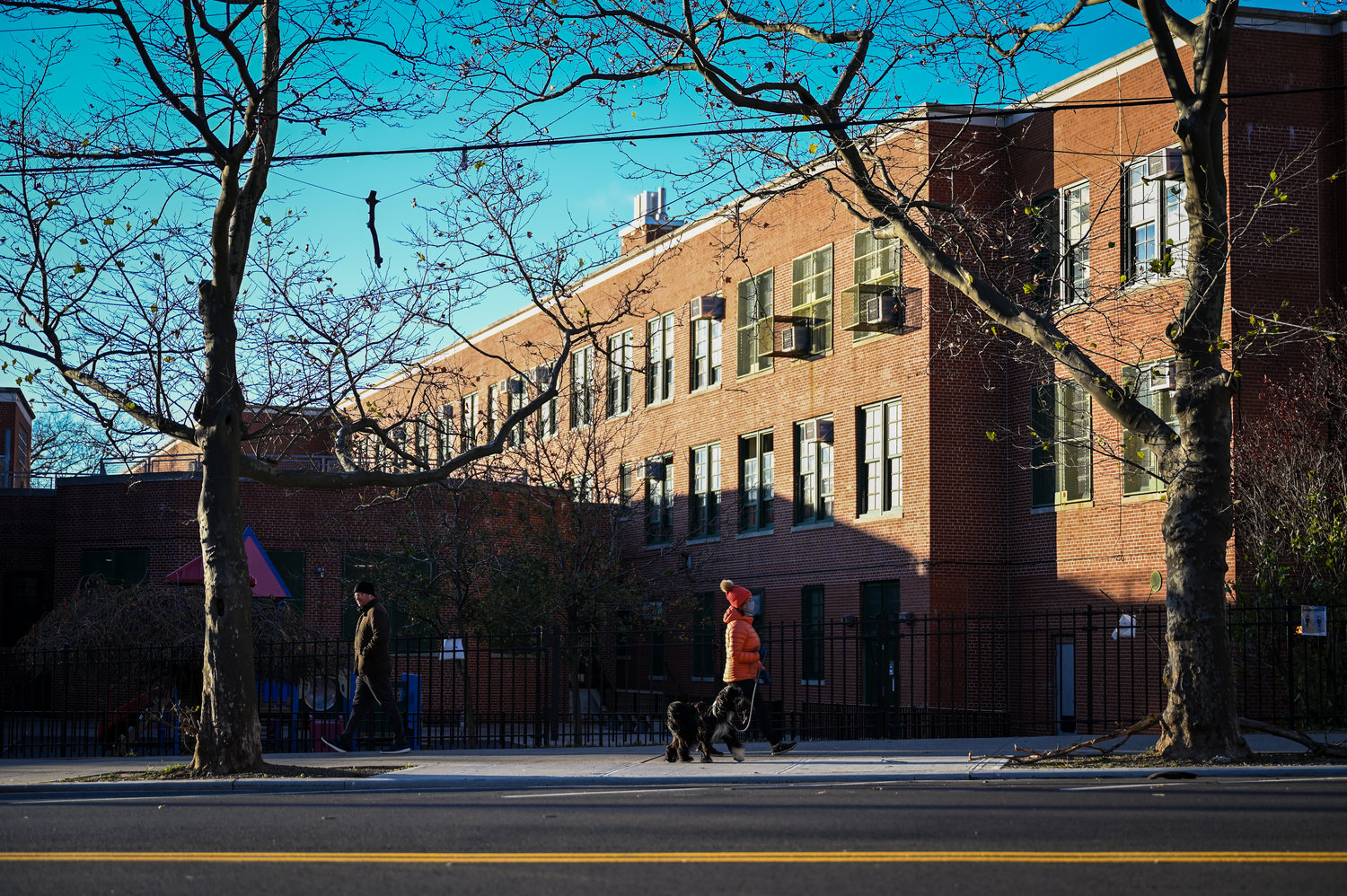 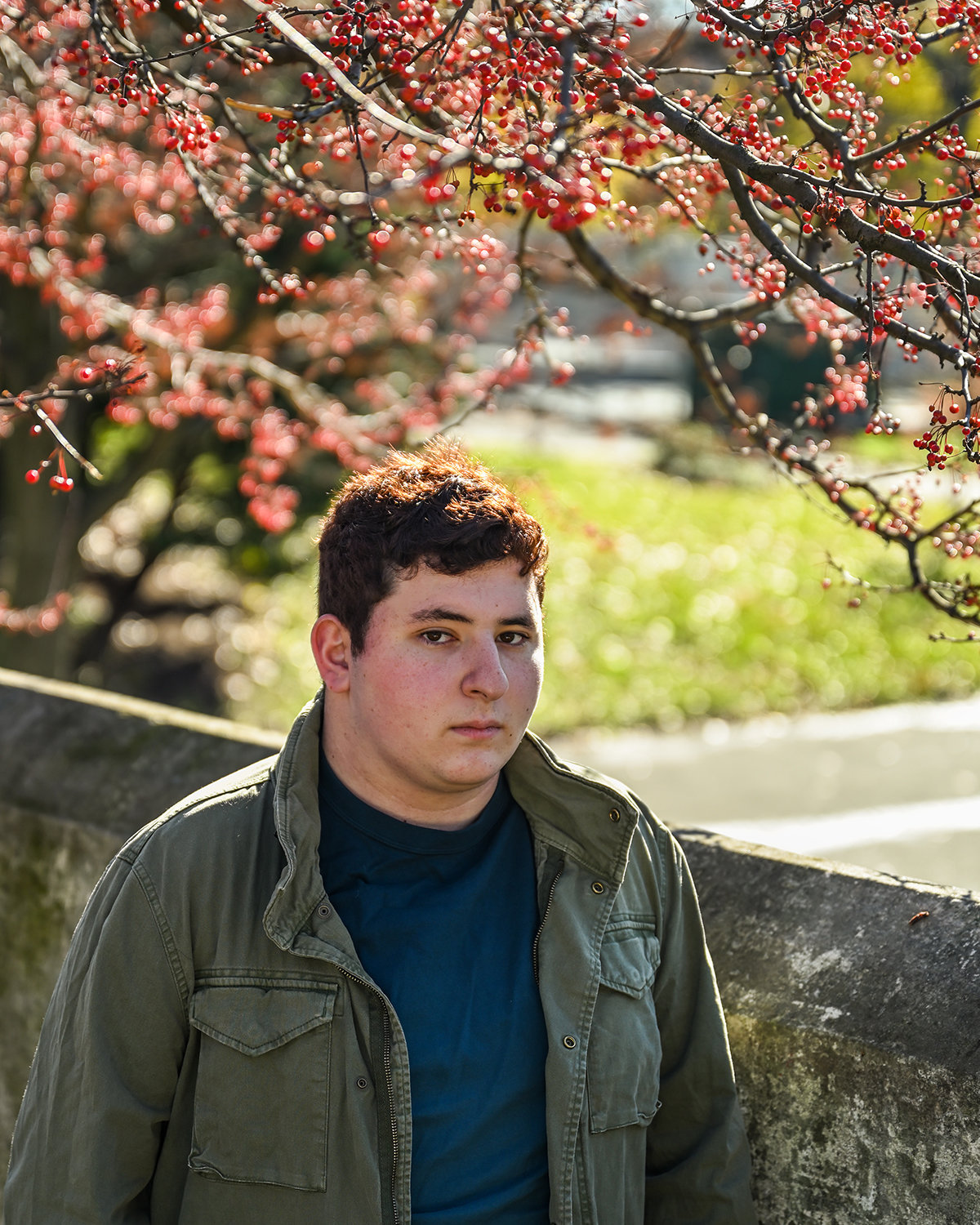 Raphy Jacobson’s senior year at the High School of American Studies isn’t shaping up to be what he expected. While he’s spent most of his school days learning from home, he did go into the school building every once in a while. But now he’s not sure when he’ll return next, since school buildings citywide shut down because of the coronavirus pandemic. Again.
Hiram Alejandro Durán 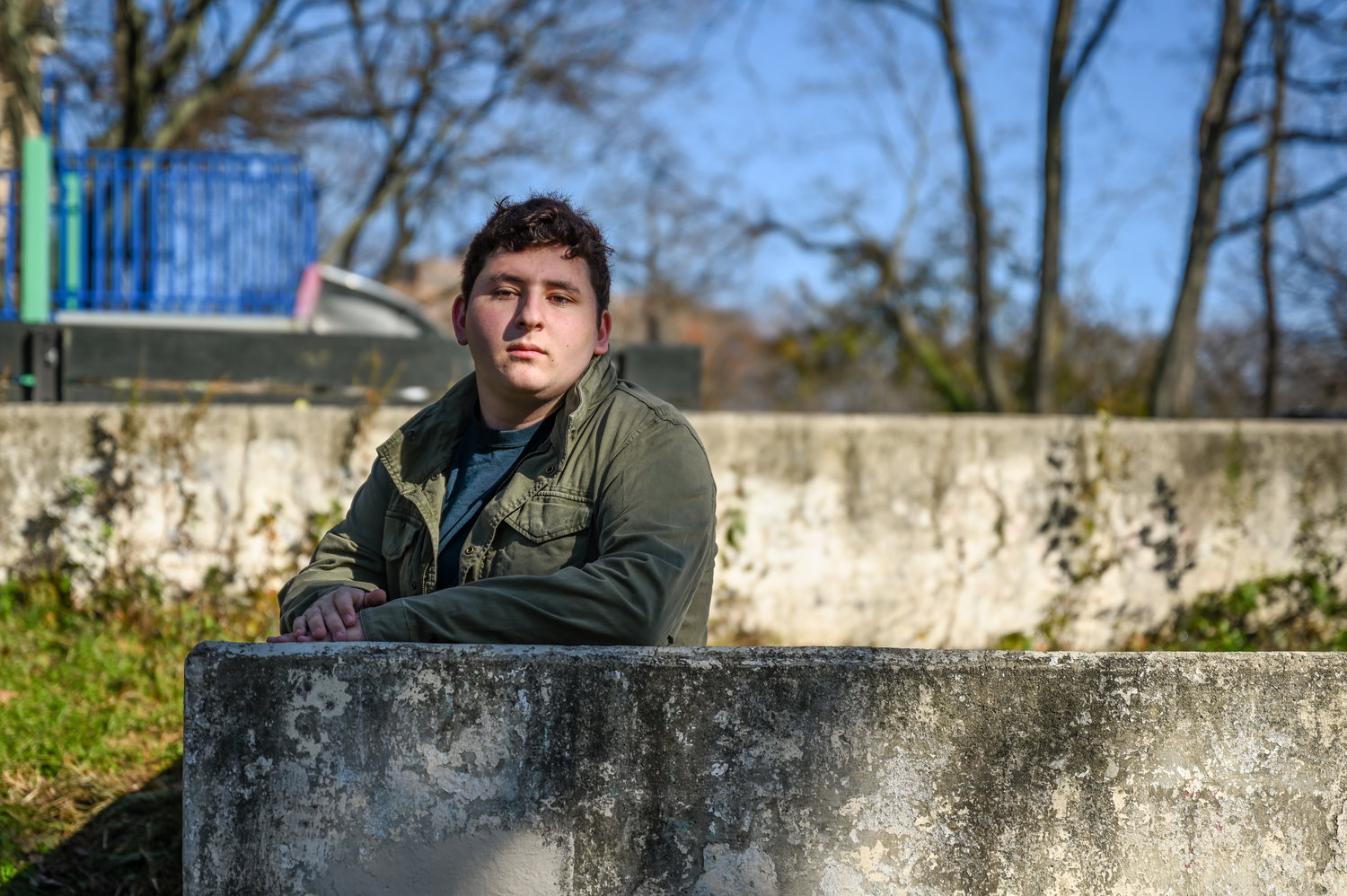 Although it’s only November, senior Raphy Jacobson worries he’ll miss out on pivotal high school memories like prom and graduation. He’s one of nearly 1.1 million students in the city’s public school system learning from home for the foreseeable future, since public school buildings shuttered last week due after a rise in positive coronavirus test rates.
Hiram Alejandro Durán 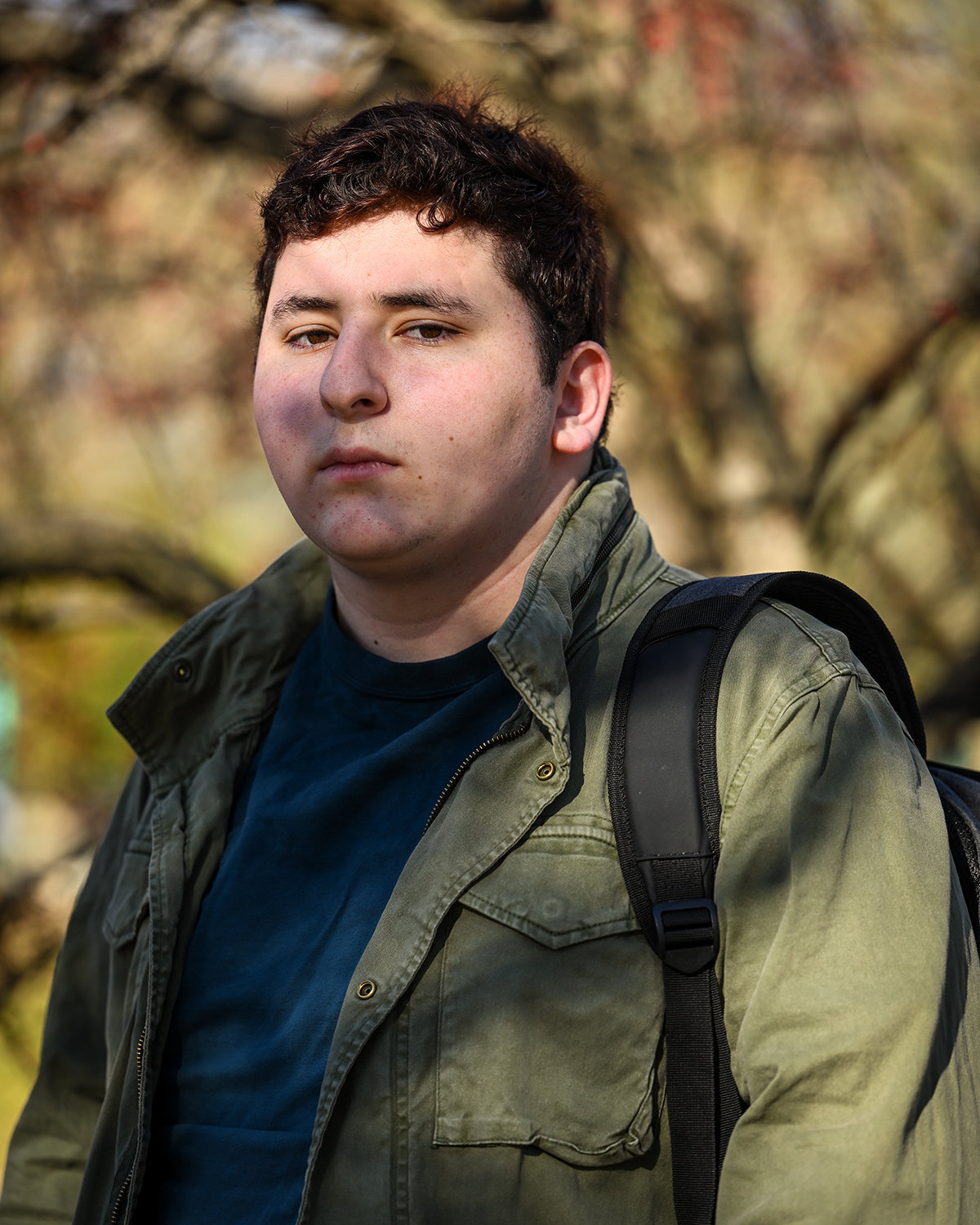 Raphy Jacobson, a senior at the High School of American Studies, is frustrated about the uncertain nature of school re-openings and closures this academic year. He’s also frustrated how schools were among the first institutions to close during the city’s second wave of the coronavirus — not restaurants and gyms.
Hiram Alejandro Durán
Previous Next
By ROSE BRENNAN

Not even two months into the academic year, public schools returned to square one once again, shifting back to fully remote classes across all campuses beginning last week.

The move mimics one the city made in mid-March when it became one of the first epicenters of the coronavirus pandemic’s American leg. But although the weekly positive test rate is much lower now than it was then, it nevertheless reached 3 percent — the threshold Mayor Bill de Blasio set last summer as the one requiring public schools to shutter.

The mayor first hinted earlier this month that schools could return exclusively to remote learning as early as Nov. 16, Yet, coronavirus positivity rates in the city didn’t climb as fast as expected, leaving many parents, students and teachers in limbo — and sitting through hours of de Blasio’s daily news conferences, where he usually announces COVID-19 statistics. And with each passing day, the mayor kept repeating the same mantra:  Schools would remain open.

That is, until Nov. 18. de Blasio’s news conference was more than four hours late, almost assuring viewers the mayor would eventually sit in front of his microphone and meticulously laminated notebook pages to deliver bad news.

“Unfortunately, as of today, on our seven-day rolling average for coronavirus positivity, New York City had exactly three point zero percent, and as a result, we do need to close our schools for the coming days,” de Blasio said. “No one is happy about this decision. We all, in fact, are feeling very sad about this decision, because so much good work has been put into keeping the schools open — and opening them up to begin with.”

de Blasio’s announcement came so late that schools had less than a day to switch over to remote.

That’s nothing new for Francine Szymanski and Morgan Evers. They both have children at P.S. 24 Spuyten Duyvil, which already faced a 14-day closure in late October after two students tested positive for SARS-CoV-2.

But their school reopened again Nov. 5. On schedule. This time, however, de Blasio was scant on details on when students could physically return to classrooms.

“I knew it was going to eventually happen,” Szymanski said. “But somewhere in the back of my mind, I was just hoping that it really wouldn’t, especially for these kids because they need the socialization. They need to be in a classroom. They need their teachers.”

Szymanski has three children in public schools, and not all of them are adjusting well to being fully remote. It’s also tough for her — and others like her — because remote learning also means double duty as parent and teacher.

“It’s overwhelming as a parent,” Szymanski said. “You still have to go to work and support your family. And now you’re not only mom, but you’re also like a homeschool teacher.”

While de Blasio remained consistent with his promise to close schools at specific coronavirus levels, he drew some criticism for other factors in that decision. For instance, as of Friday, indoor dining was still open in city restaurants..

Evers, for instance, thinks the mayor could have shut down indoor dining as the cases started to rise again. While it may have simply prolonged the inevitable, it still might have kept test rates below de Blasio’s red line — and kept the kids in school.

“I was a little disappointed that schools are the first things to shut down,” Evers said. “I wish the mayor would have closed indoor dining or gyms (or) done something to try to keep the numbers below 3 percent so the schools didn’t have to shut.”

The mayor closing down public schools first communicates a lack of priorities, said Raphy Jacobson, a senior at the High School of American Studies. “It feels like nobody cares about our education,” he said. “Bars and gyms are open in-person and indoors, and you can eat inside. But we can’t go to school. It’s just such a slap in the face.”

Jacobson doesn’t face many of the difficulties younger students do in remote learning because he’s older and more self-sufficient. But staring at a computer screen for hours upon hours can be emotionally draining — especially when the time is spent trying to get a high school diploma and not vegging out and watching YouTube videos.

“It just kind of feels like you’re constantly staring at your computer screen from when you wake up to when you go to bed,” Jacobson said. “Even if you want to unwind, (it) just always feels like there’s more work to do.”

Because American Studies has to follow the same guidelines as Lehman College — its parent institution — Jacobson really hasn’t seen too much of the classroom this year. But to him, some things are just better when they’re in-person — whether social or academic.