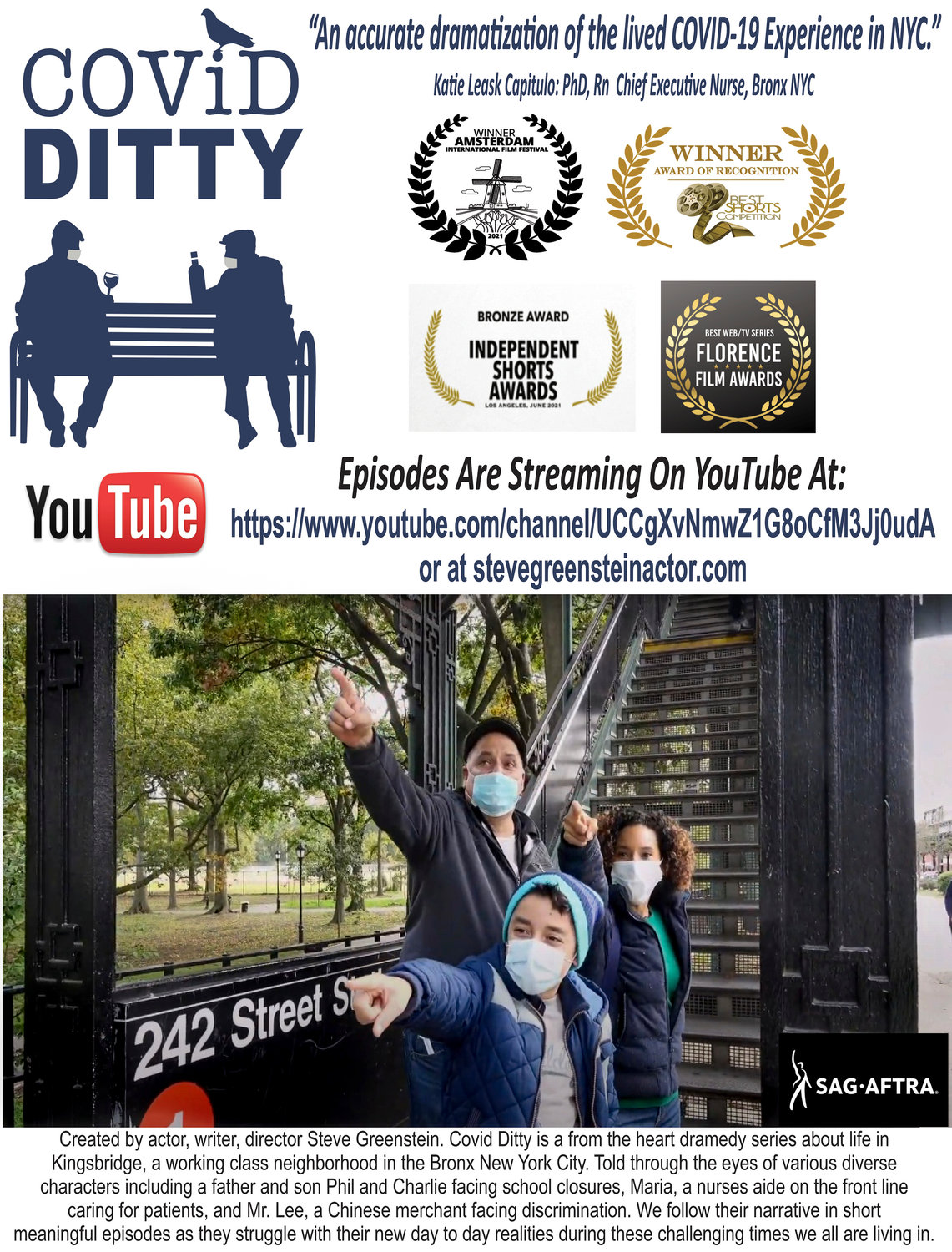 “COVID Ditty,” a YouTube series created, written, acted and directed by Steve Greenstein in 2020 about life during the coronavirus pandemic in Kingsbridge, just released its eighth episode Monday at a screening at An Beal Bocht Café on West 238th Street.

The episode, “Father and Son,” focuses on Phil, a single father played by Greenstein, and his son Charlie, portrayed by Andrew Terranova. An award-winning dramedy web series is told through the eyes of various diverse characters.

“We started producing episodes in 2020. We are now in our third season, filming in 2021 and now 2022,” Greenstein said. “We are planning at least two more episodes this season. We are fundraising at the screening, and currently seeking to partner with a larger streaming company. “

“COVID Ditty” is an eight-episode online series about life during the pandemic, filmed in and around Greenstein’s Kingsbridge neighborhood, and inspired by real-life experiences.

Social Security offices — including the one at 2720 Jerome Ave. — have now restored in-person services, including for those without an appointment, according to Kilolo Kijakazi, the acting Social Security Administration commissioner.

Yet, getting the best service might still be found online, Kijakazi added, at SocialSecurity.gov. For those who do need to visit, calling ahead could really help a lot.

“Phone appointments can save you a trip to a busy office,” she said. The offices are tend to be even busier first thing in the morning, early in the week, and during the early part of the month.