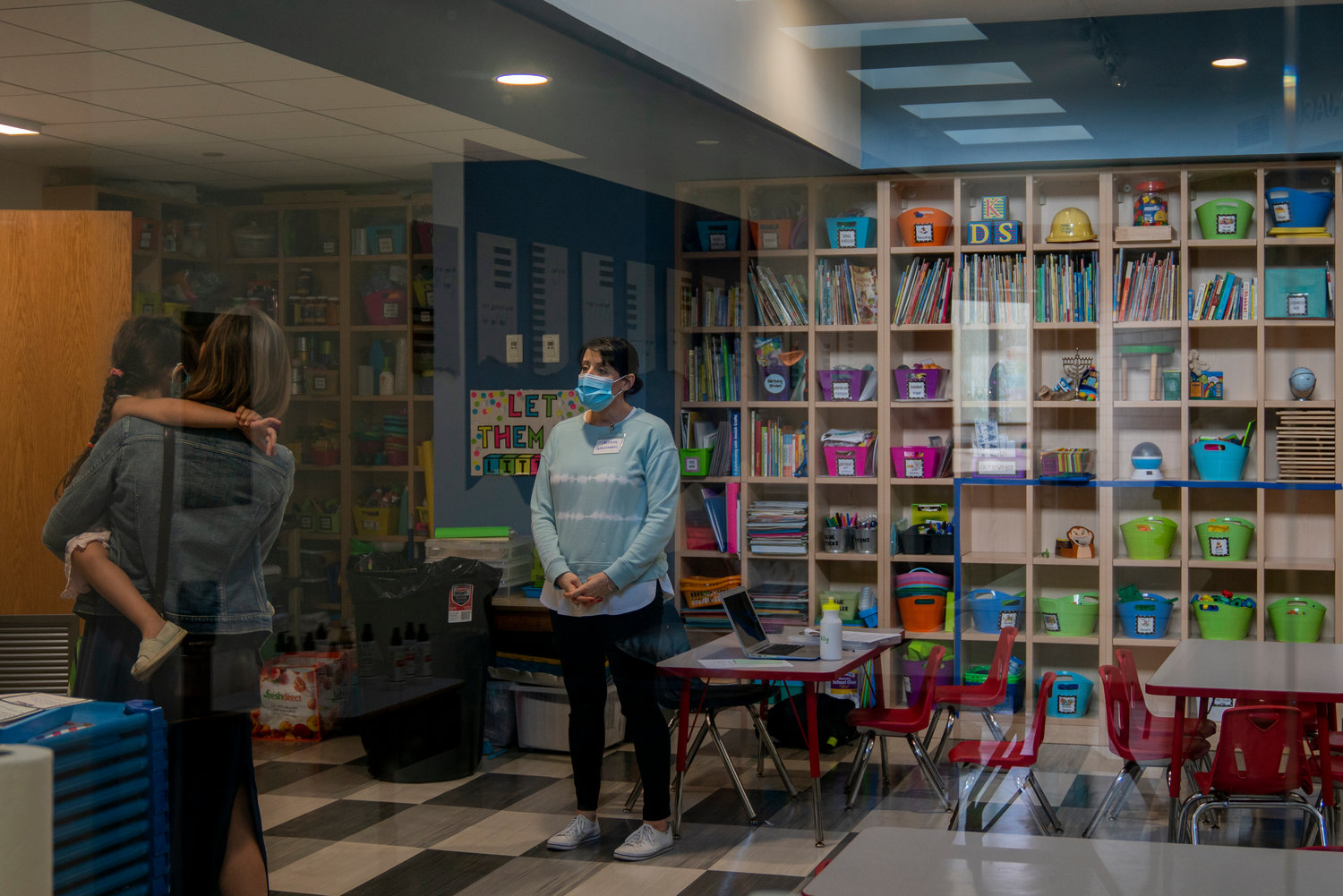 As of right now, children younger than 12 can’t get vaccinated, which might worry parents — especially with September quickly approaching. However, doctors and public health experts say there are steps families can take to keep their kids safe until such time they become eligible for the coronavirus vaccine.
HIRAM ALEJANDRO DURÃN/ File
By ROSE BRENNAN

The coronavirus pandemic has been a part of our reality for more than a year. And while some aspects of the public health crisis are starting to get under control, there’s one particular problem that might still put people in jeopardy.

That, of course, would be coronavirus variants. Because SARS-CoV-2 has spread among people for as long as it has, the virus has mutated into new — and sometimes more dangerous — forms. And those variants are continuing to pose problems for a world trying to get this pandemic under full control once and for all.

The predominant mutation spreading now is the delta variant which, according to the Centers for Disease Control and Prevention, first appeared in the United States last March. While the CDC believes current vaccines protect people against it, the delta variant appears to spread more easily and quickly than other forms of the virus for those who aren’t, which could ultimately lead to more COVID-19 cases.

It’s the alpha variant that’s most common in the United States at the moment, according to CDC data, but its delta cousin is quickly catching up. Dr. Margaret Aldrich from the Children’s Hospital at Montefiore doesn’t think it’s wise to ignore it.

“Over the last four weeks, maybe 17 percent of tests that were sampled had (the delta) sequence,” Aldrich said, citing information from the city’s health department. “In the last week — as in the week of the 19th of June — actually, it was 44 percent. This is a little bit ‘take it with a grain of salt’ because it’s not a lot of samples that were tested. But we do know that, across the country, the prevalence of the delta variant is quickly increasing.”

Montefiore’s coronavirus testing doesn’t determine if a person has been infected with a variant, Aldrich says, never mind which one. But variant or not, they’re all different sides of the same coronavirus coin.

In “just straight clinical, day-to-day hospital work, we are just going to treat COVID like COVID,” Aldrich said. “We’re going to continue the same kinds of measures we would do in the hospital … regardless of the variant.”

But there’s a way to stand up against the coronavirus and its growing number of variants, and that’s to get vaccinated. New York state recently surpassed a vaccination milestone — more than 70 percent of its adult population has now received at least one dose of the coronavirus vaccine.

But how might the virus’ variants impact those who can’t get it just yet?

It was only two months ago when the Pfizer coronavirus vaccine was approved for use for children 12 and older. But the upcoming academic year is approaching quickly, and with more variants floating around, some parents are concerned about the danger they might pose — especially to unvaccinated children.

It’s a difficult conundrum. Younger children were among the students most negatively impacted by remote learning, spurring Mayor Bill de Blasio to make them among the first groups to return to the physical classroom following the public school system shutdown in November. But they’re also among the groups most vulnerable to these new variants, simply because they can’t be vaccinated. Yet.

Aldrich believes an inoculation safe for children could be on the way soon. And according to UNC Health in North Carolina, clinical trials are occurring right now for children between 6 months and 11 years old for the Pfizer and Moderna vaccines. Pfizer expects to apply for emergency use authorization for children between 2 and 11 in September, UNC Health said, meaning younger children might be able to get vaccinated by the end of the year.

Why are children seemingly being overlooked in the process? According to UNC Children’s Hospital physician-in-chief Dr. Stephanie Davis, there are a number of reasons children “go last” during a new vaccine rollout. After all, children aren’t just tiny adults: Their immune systems are different and require careful study and observation.

“You first want to demonstrate safety data in adults before allowing the most vulnerable population — the children — to receive the vaccine,” Davis said, in a release. “This is the typical pathway in clinical trials. You begin with the adults, and conduct these studies in the infants last.”

In the meantime, Aldrich says, there are steps parents can take to ensure their younger children remain safe. And it’s not too different from what health professionals have been saying for the entire pandemic — kids should wear masks, and remain six feet apart from others.

“As a clinician, as an infectious disease physician, as a pediatrician and as a mom, I just go back to what is the bread-and-butter risk mitigation,” Aldrich said. “What do I need to do to keep (my kids) safe and allow them to have a life? They cannot be locked in my apartment any longer. They need to get out.”

But now there’s an extra step families can take to ensure their younger members’ safety. There isn’t a magic number for COVID herd immunity yet, Aldrich says, but smaller “herds” of families can protect younger children by ensuring everyone in their circle who can get vaccinated does get vaccinated.

And until such time a vaccine is available for younger children, that’s the best bet to keep them as safe as they possibly can.

“We do know that with almost all vaccines, if there’s somebody in the group who cannot be vaccinated for whatever reason and you can vaccinate everybody around them, the chances are you’re going to greatly reduce any risks to that individual,” Aldrich said.