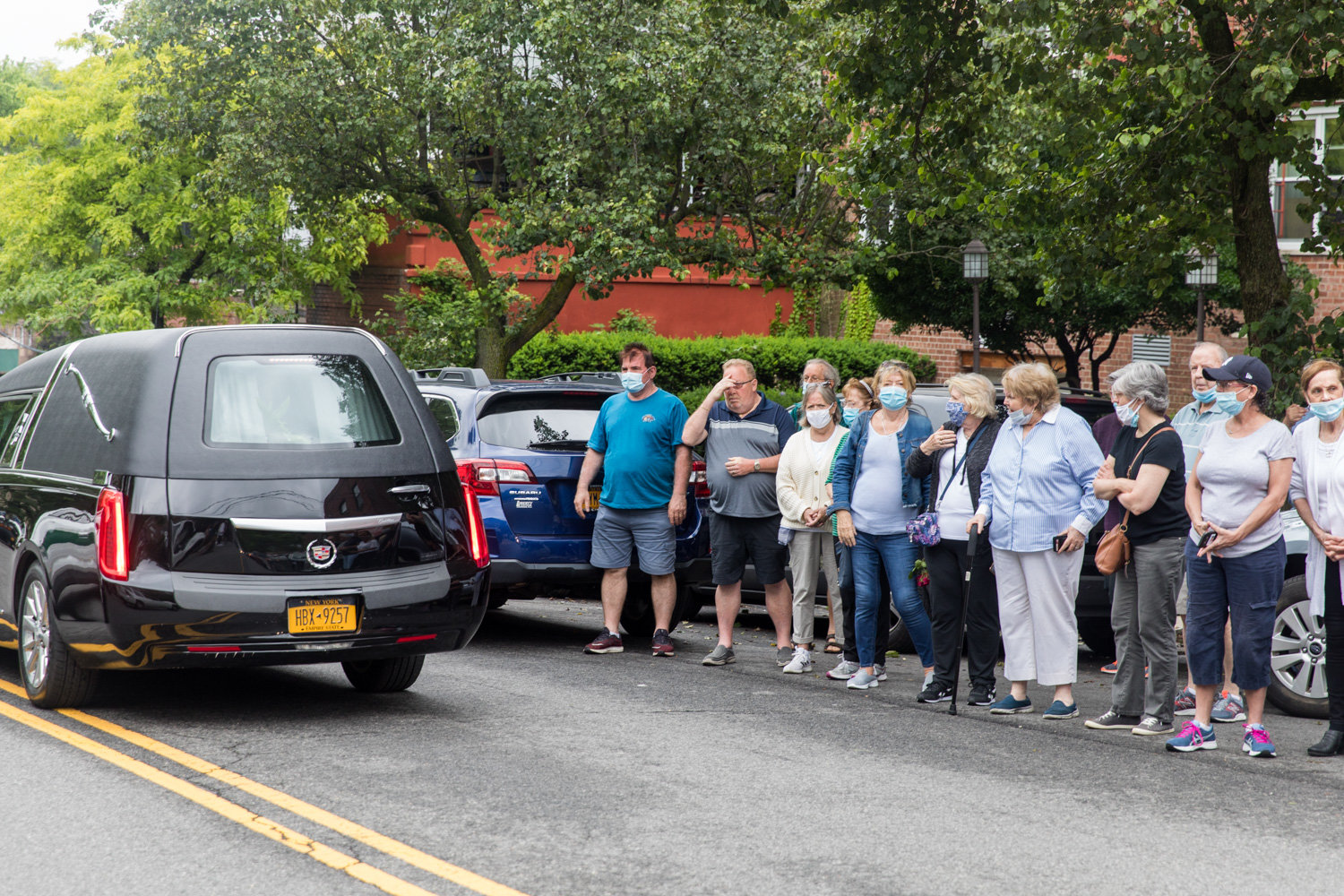 Mourners watch a hearse carrying the late Michael Rooney down Mosholu Avenue. Rooney died June 3 at 65 from heart failure. Friends and family could not attend a proper funeral due to the coronavirus pandemic, so the family organized a funeral procession on Mosholu Avenue where Rooney lived until the end of his life.
JULIUS CONSTANTINE MOTAL 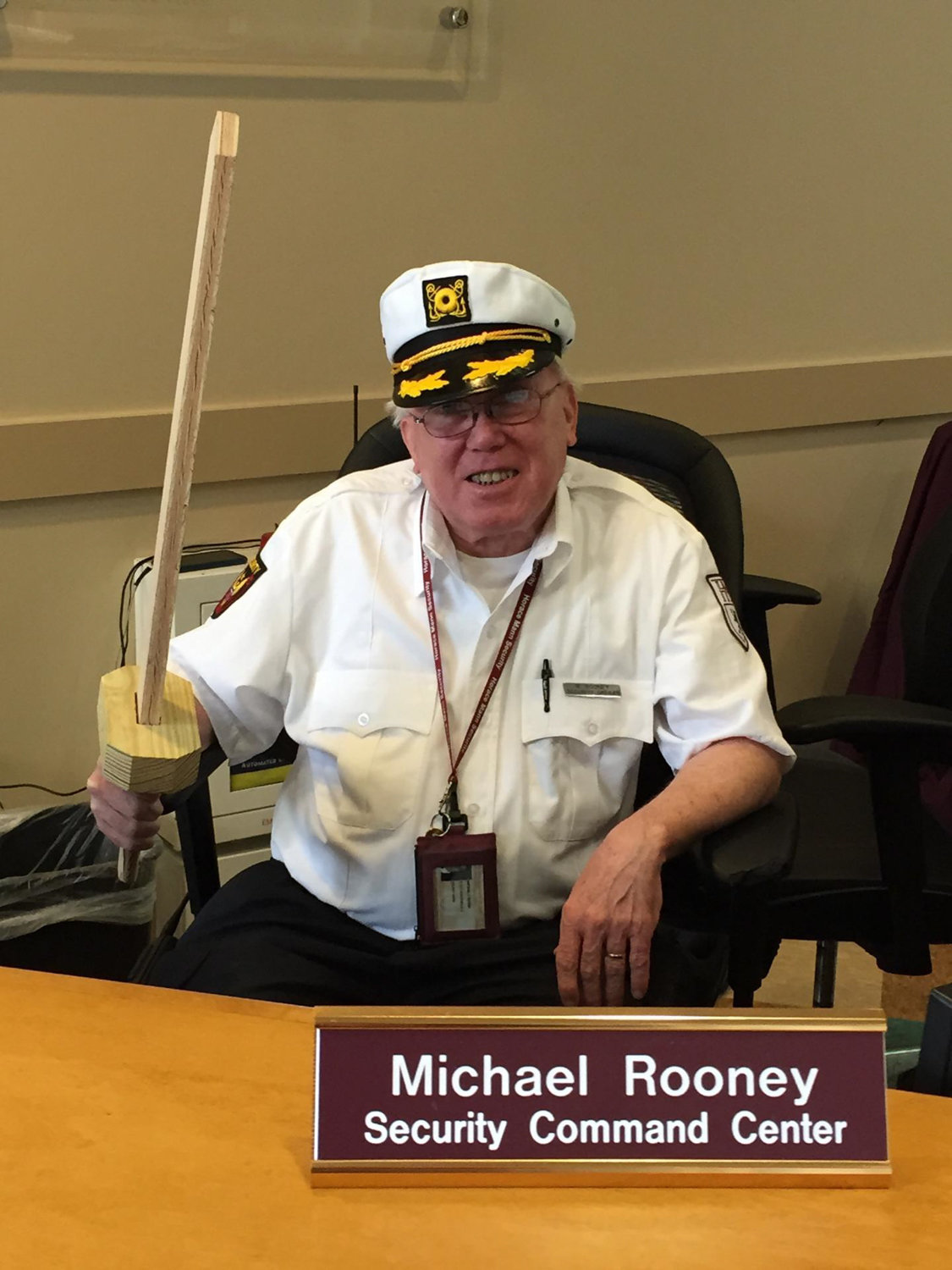 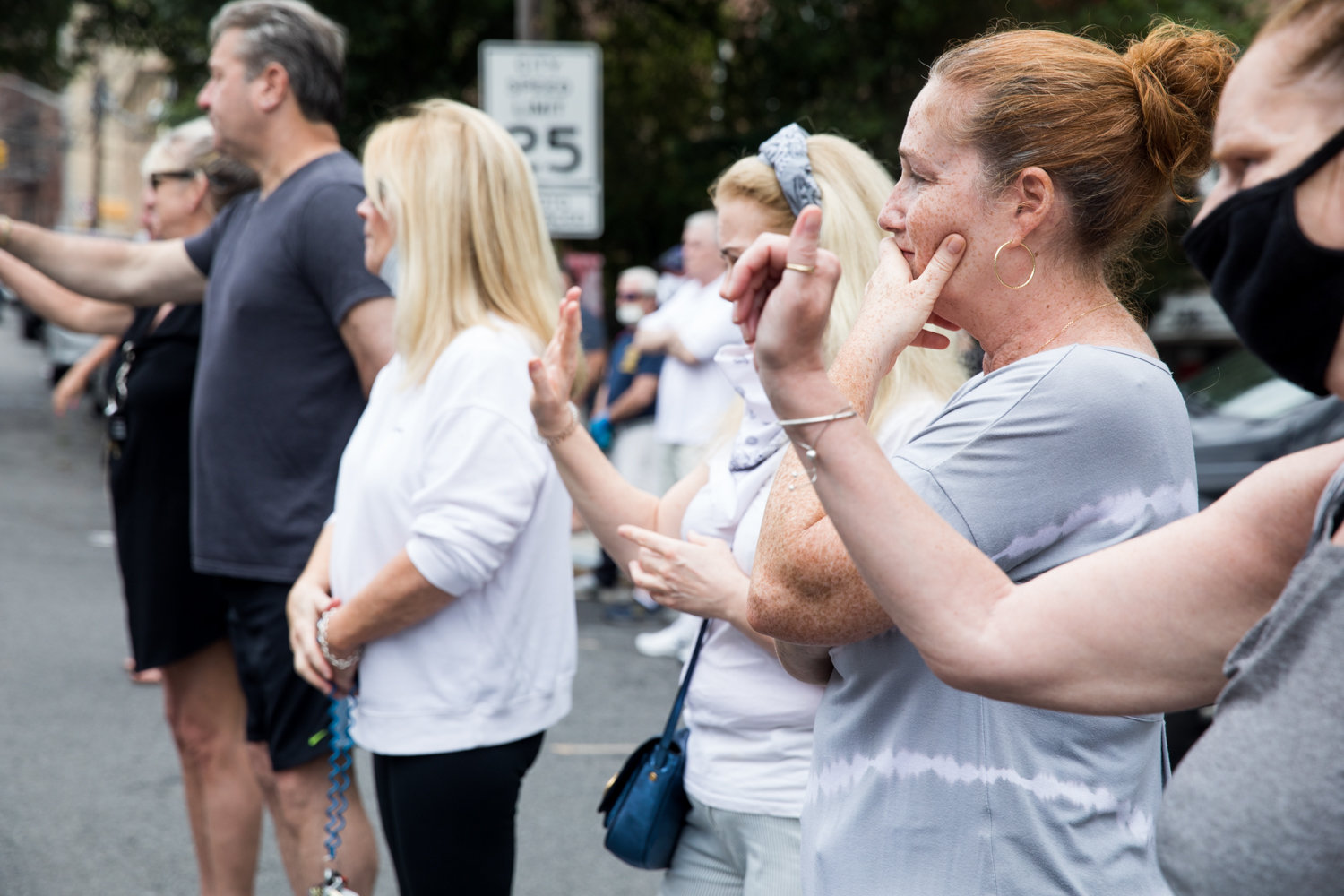 Mourners wave at a funeral procession for the late Michael Rooney on Mosholu Avenue. The procession down the avenue where Rooney lived was organized in light of the coronavirus pandemic to give those who knew him a chance to gather.
JULIUS CONSTANTINE MOTAL 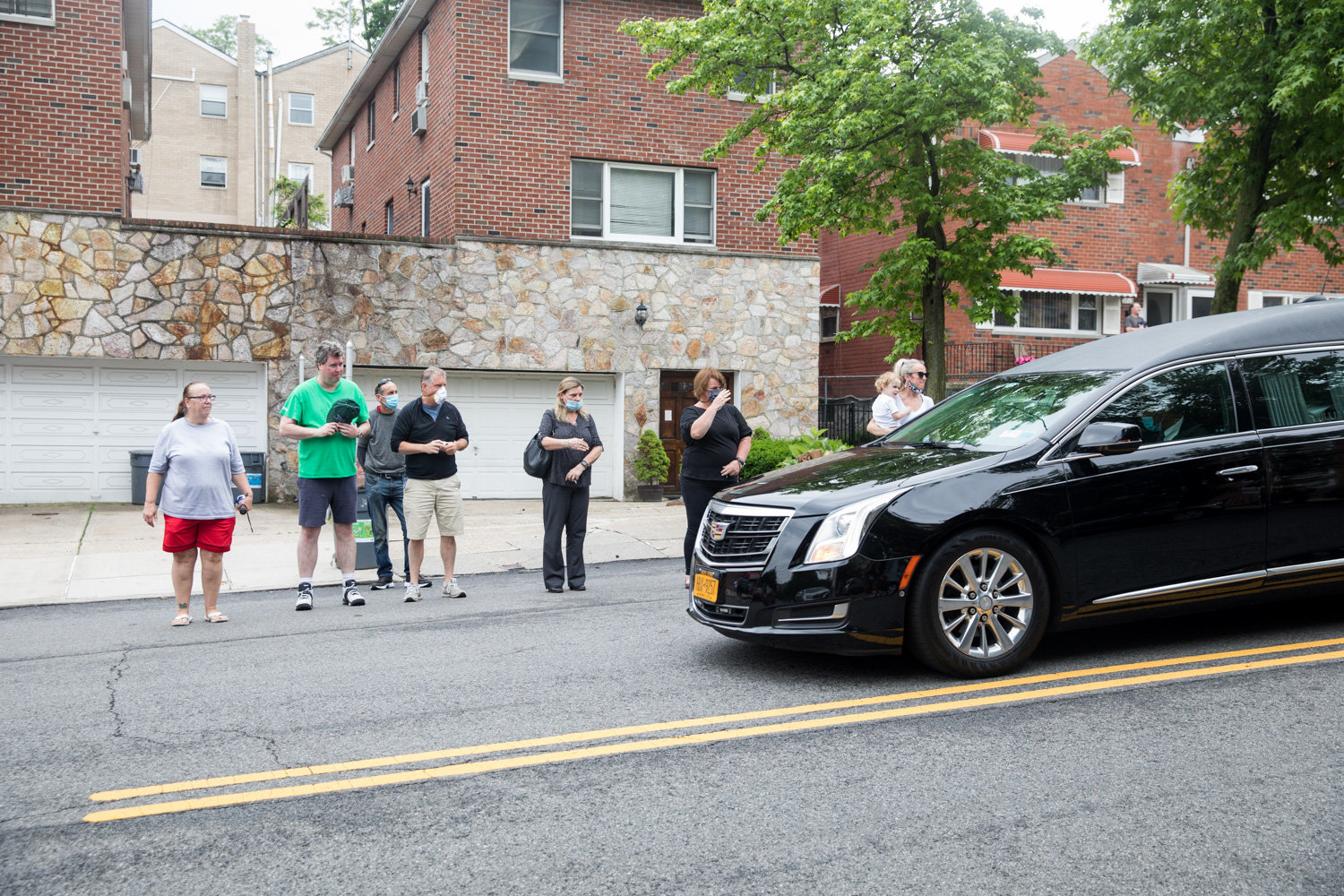 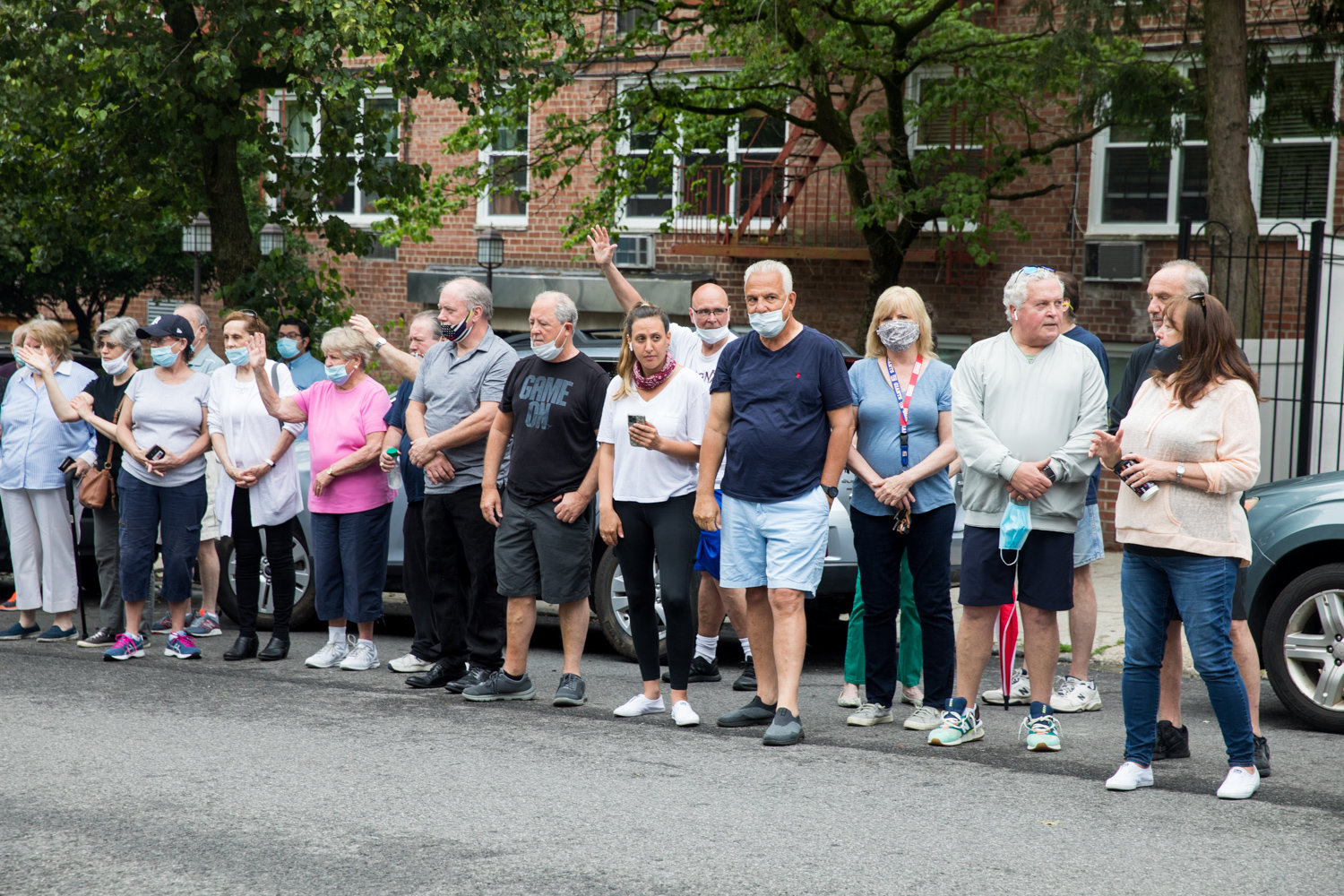 Mourners stand on Mosholu Avenue during a funeral procession for the late Michael Rooney, a lifelong Riverdale resident.
JULIUS CONSTANTINE MOTAL
Previous Next

He was educated entirely in the Bronx, attending St. Gabriel School in Riverdale, St. Nicholas of Tolentine High School, and Manhattan College.

He later worked as a public safety officer at Manhattan College, and then at Horace Mann School, at both the Upper East Side Manhattan Nursery Division and the Riverdale campus. He retired from Horace Mann in 2017 after 31 years of service.

A diehard New York Yankees and Chicago Bears fan, he took great joy in indoctrinating his son, John, in the Yankee traditions. He enjoyed life’s simple pleasures, spending the holidays with family, bowling, a day at the beach — driving to Rockaway, Jones Beach and the Jersey Shore in his VW van — and having a beer or two with the guys.

And he was never one to pass up a fishing trip.

He was beloved by all who knew him for his sense of humor, gentle kindness, generosity, and warm heart of gold. Scores of loving, caring neighborhood friends lined the streets to say good-bye as his funeral procession made its way down Mosholu Avenue.

He was laid to rest at Gate-of-Heaven Cemetery in Hawthorne, after a sendoff by members of the New York Police Department’s Emerald Society Pipes & Drums.

Because of the COVID-19 pandemic, neither a wake nor a funeral Mass was possible. The Rev. James Sheehan of Riverdale — his childhood friend — led the family in prayers and services.

He was preceded in death by his son, John, in 2002, and by his parents, Geraldine and John.