Coronavirus cases are on the rise again citywide, but many schools remain open 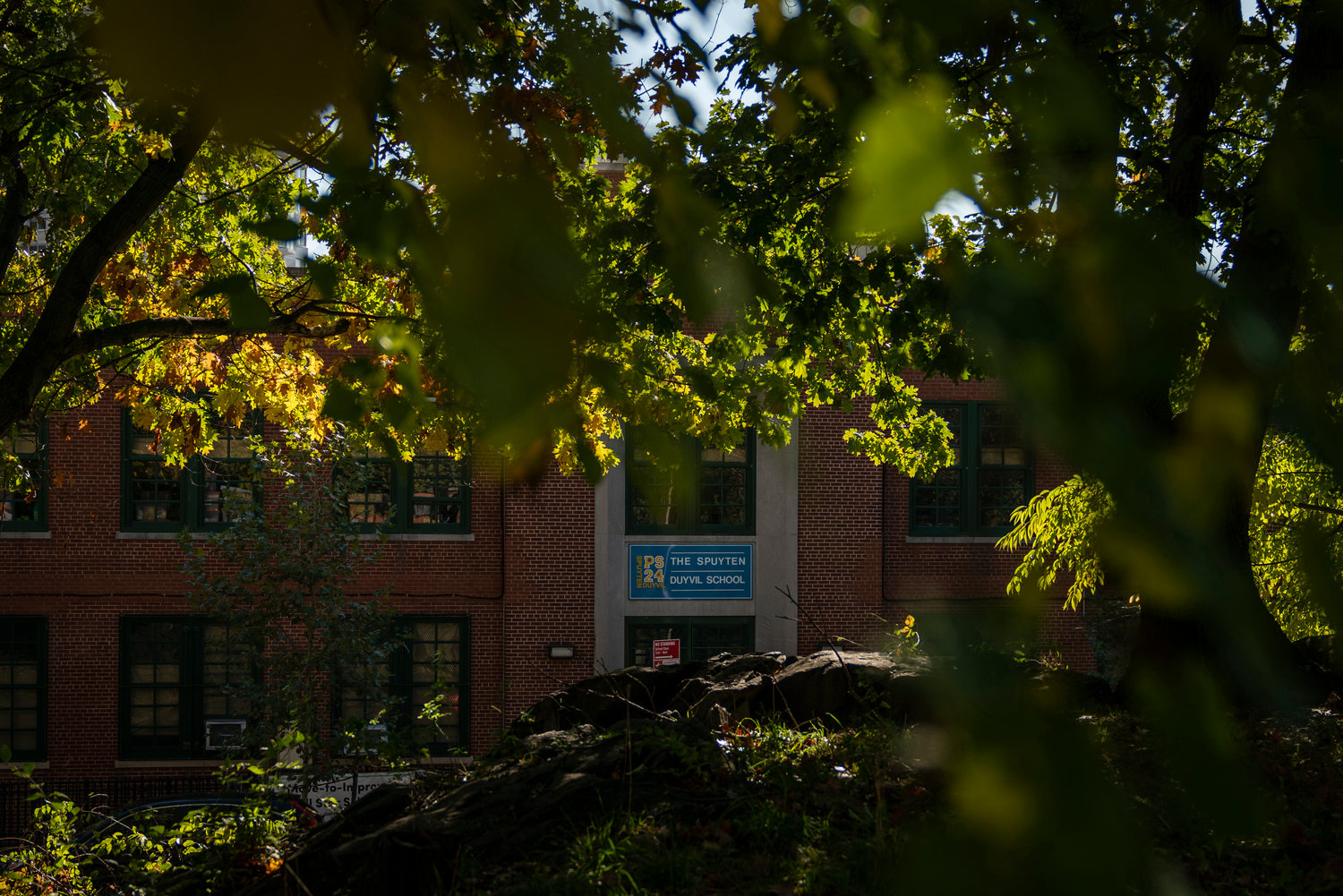 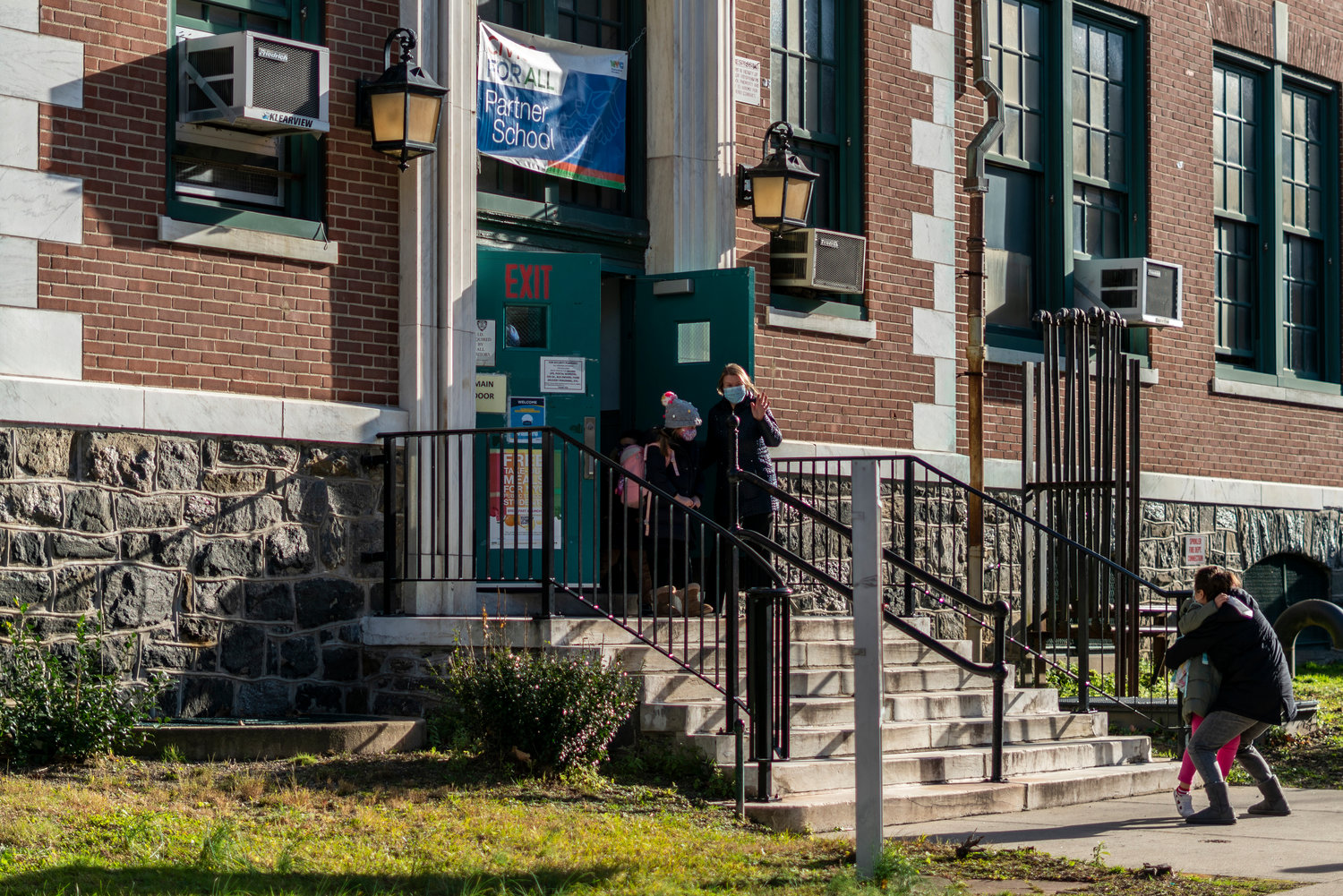 Select schools reopened in November following a citywide shutdown of public school buildings earlier that month after a spike in coronavirus cases. However, despite the fact those cases are still rising, it’s not clear if those schools will close again — especially now that Gov. Andrew Cuomo did away with the state’s 9 percent positivity rate threshold that would’ve automatically shuttered a district’s public schools.
HIRAM ALEJANDRO DURÁN/ File
Previous Next
By ROSE BRENNAN

Keeping the country’s largest public school system running during a pandemic is no mean feat. But it might be easier now that one variable that could single-handedly shut those schools down has gone out the window.

Gov. Andrew Cuomo told school districts Jan. 4 he was doing away with the positive coronavirus test rate that would automatically shutter public school districts. The number was originally 9 percent, and all eyes were on the governor when the city’s weekly positive test rate started hovering around that number.

But instead, the city’s preschools, elementary schools and specialized District 75 schools reopened after the holidays — and with the final percent threshold now out of the way, it doesn’t look like the schools will close anytime soon.

However, there’s still no reopening date on the horizon for the city’s middle and high schools, at least as of this week.

The United Federation of Teachers, which represents public school educators in the city, still believes 9 percent positivity should close schools. But at least for now, that remains a moot point, as the city’s positive test rate is at 6 percent as of Jan. 9, according to the state, while the Bronx has inched up to 7.2 percent.

Still, that means there’s a long way to go to 9 percent — even if the city’s own number is hovering around it.

“Using that state measure, if the community infection rate in the city hits 9 percent, the safe thing to do is to close the schools, even if the in-school rate is lower,” UFT president Michael Mulgrew said in a release. “Safety comes first, as shown by the fact that hundreds of our elementary schools and classrooms are closed temporarily every day because the virus has been detected.”

Mayor Bill de Blasio maintains, however, that many of the city’s school buildings are open because positive test rates remain relatively low within them. In fact, some 100,000 public school students, teachers and other personnel were tested for the coronavirus last month, de Blasio said, and less than 1 percent of those tests returned back positive.

Positive test rates are “much, much lower than anything we’re seeing anywhere else in New York City,” de Blasio told reporters earlier this month. “The safest place to be in New York City, of course, is our public schools. We see that and we know it’s working, and so we … absolutely know our kids need to be in school.”

But many of de Blasio’s directives surrounding schools remain unpopular — especially among certain caucuses within the UFT. The Solidarity caucus, for example, opposed any in-person learning following the end-of-year holidays, believing current precautionary measures were insufficient, and fearing a potential post-holiday surge of coronavirus cases.

While the city’s testing numbers were within the governor’s threshold — that is, when the threshold was in place — the Solidarity caucus felt the open school buildings were more dangerous than the numbers were letting on. They said that in just two weeks in December, nearly 275 buildings across the state were temporarily closed due to coronavirus cases, shuttering more than 1,000 classrooms.

“One reason it’s a bad idea is because you’re going to have more people getting exposed in the building,” Zannoni said. “But the other reason it’s a bad idea is because the (positive) rates in December were 0.68 percent. And let’s say the rates go from 0.68 percent up to closer to 1 percent. That would mean, on average, you would have one person out of 100 … test positive for COVID in the building.”

For Odalis Santana, a literacy coach and Solidarity caucus member who works in a Bronx public school, the threat of the coronavirus hits close to home. She lost her mother to the virus back in April, and is worried about the dangers it could pose to her students.

“A lot of our members are afraid to come into a school building due to exposure,” Santana said. “They would prefer for everyone to be remote — as much as we would all love to be in the school building.”

Santana believes school buildings should close, albeit temporarily, just to see if that has any effect on the city’s positive test rate. And once the rate starts to trend downward again, Santana would be more than willing to return.

While teachers and other education workers are now included in the current phase of the coronavirus vaccine rollout in the city which began Monday, that doesn’t exactly inspire confidence among those leading classes in the city. It could be months until all the teachers who want the vaccine get it, as the state estimates there are some 80,000 teachers alone within the city’s public school system.

And, of course, teachers are just one part of the vaccine puzzle. For Zannoni, schools won’t be truly safe until every teacher, staff member and student are vaccinated.