Albany, NYPD may have new weapon to crack down on ATVs, dirt bikes, mufflers 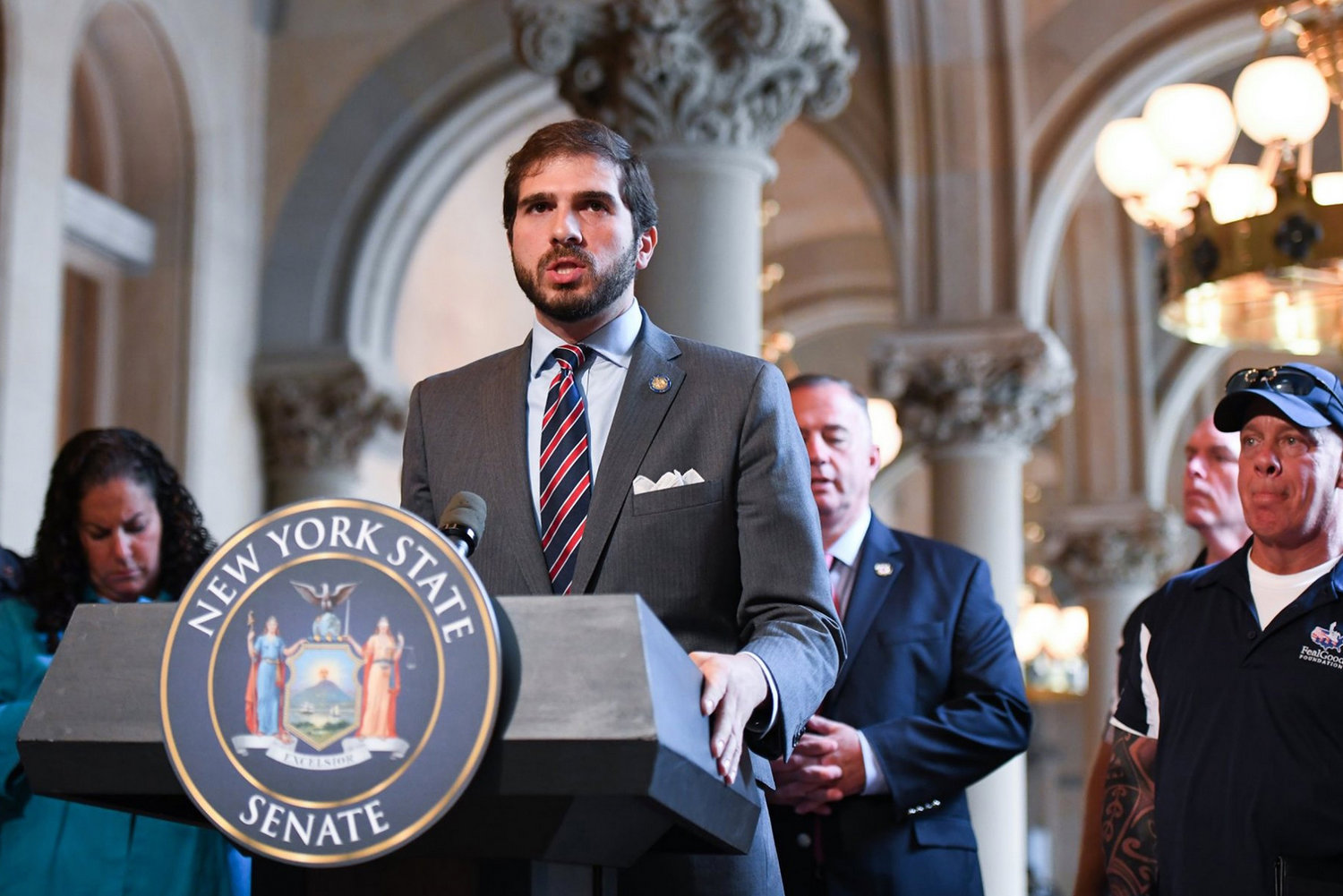 Brooklyn state Sen. Andrew Gounardes says that by living near the Belt Parkway in Brooklyn, he’s noticed the prevalence of loud souped-up vehicles over the past year. That’s why Gounardes sponsored the SLEEP Act, which he says raises fines on drivers of loud souped-up cars as well as the auto body shops that sell and install these parts.
Courtesy of New York State Senate 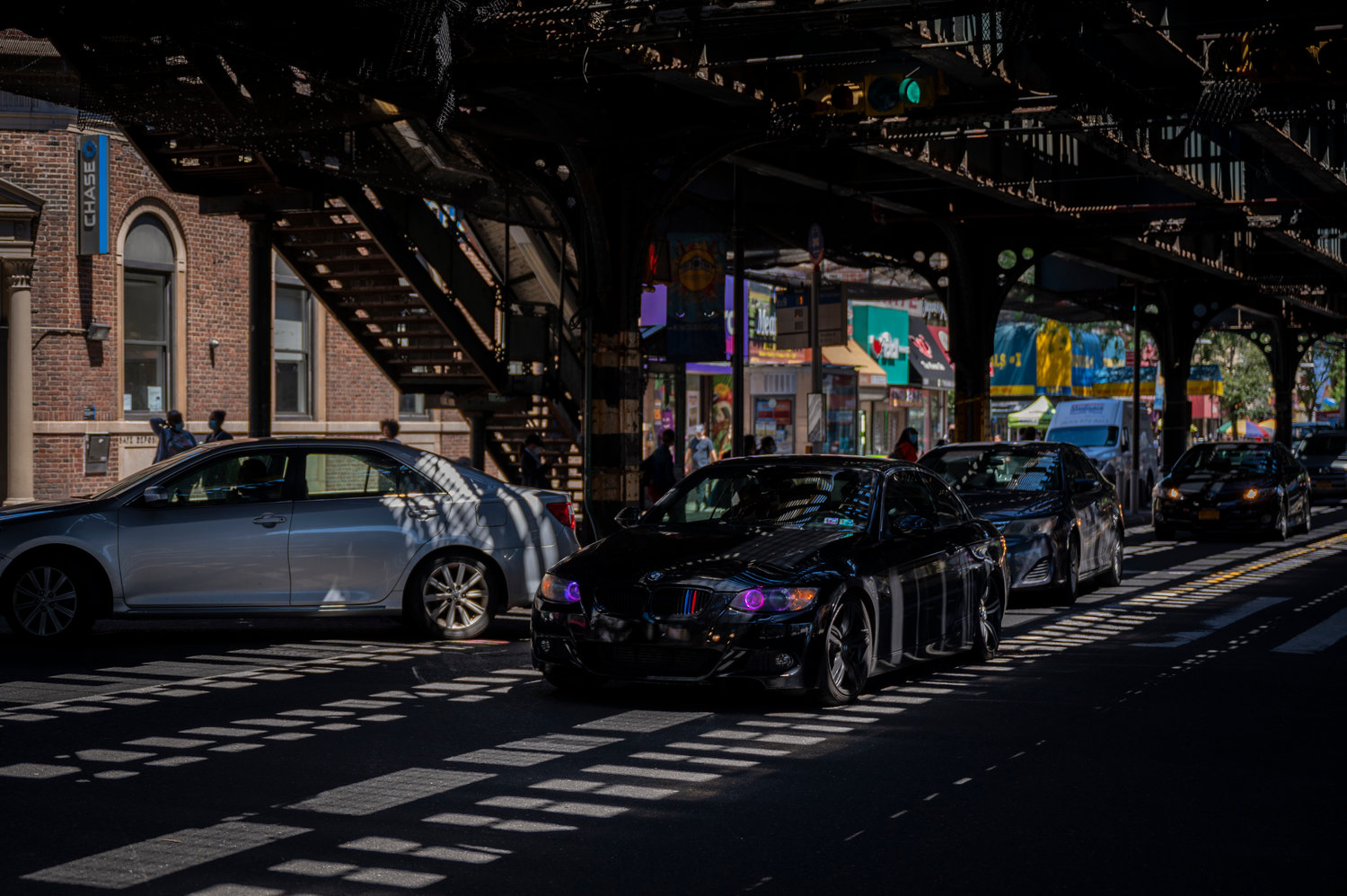 The sounds of loud souped-up cars with modified mufflers have become a public nuisance in this corner of the Bronx over the past year, says Community Board 8 public safety chair Ed Green. That’s why Brooklyn state Sen. Andrew Gounardes sponsored the SLEEP Act, a bill intended raise fines on those caught driving cars with these noisy modifications.
HIRAM ALEJANDRO DURÁN 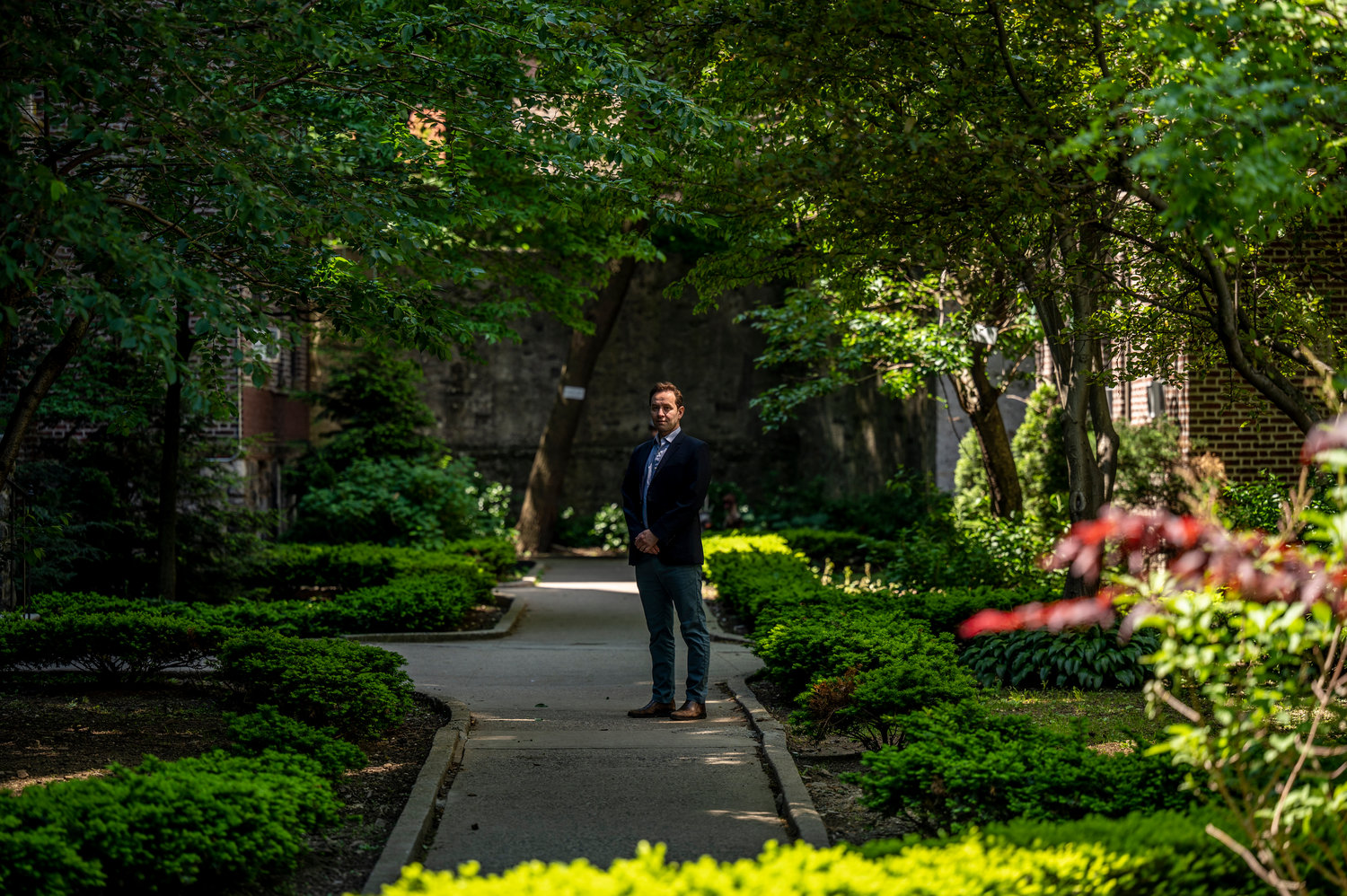 Former Community Board 8 traffic and transportation chair Dan Padernacht says he’s very concerned about the growing number of unlicensed dirt bikes and ATVs speeding down streets in this part of the Bronx. A New York Police Department rewards program for information about how to find these illegal vehicles can’t hurt, he added, but it’s not enough to solve the problem.
HIRAM ALEJANDRO DURÃN/ File
Previous Next

I don’t know one person who actually went to a shop and purchased the equipment and had it installed.”
ANTHONY WILSON
By ETHAN STARK-MILLER

Backfire that sounds like gunshots and revving engines have become all too familiar sounds over the past year.

The barrage of loud vehicular noises has hardly gone unnoticed. In fact, it’s one of the more complained-about quality-of-life issues in this corner of the Bronx. At least according to Community Board 8 public safety committee chair Ed Green.

“We have people upset about it all the time,” he said. “I mean, it was very bad last year, and we seem to be getting a similar amount of complaints” this year.

The noise comes from several sources, Green said. But the main “one is a lot of these souped-up vehicles making noise with loud muffler systems.”

Fortunately for Green, lawmakers in Albany — and the New York Police Department more locally — have taken some steps to try and turn down the volume.

One of those lawmakers is Brooklyn state Sen. Andrew Gounardes who sponsored the SLEEP — or Stop Loud and Excessive Exhaust Pollution — Act in the upper chamber, a bill he says would ban the sale and usage of devices that amplify the sound of a car’s engine.

“We’re trying to tackle the problem of these illegally modified cars with exhaust mufflers that sound like jet engines at the airport, or sound like shotguns or things like that,” Gounardes said. They have “really been terrorizing the streets for the last year.”

Although Gounardes has heard this problem firsthand from his own home near the Belt Parkway, he said people from all over the state contacted his office after he introduced the SLEEP Act to tell him about similar issues in their own backyards.

These noise-making muffler enhancements are already illegal, Gounardes said, but there aren’t many cars getting ticketed for them because the fine is currently just $150. That means drivers who already spend several thousand dollars modifying their mufflers aren’t going to be deterred by what otherwise could be considered just pocket change for them.

To fix this, Gounardes said, his legislation would increase fines for those driving cars with modified mufflers from $150 to $500. Additionally, the bill would make it so any auto body shop caught selling or installing these devices more than three times will have their operating licenses revoked by the state motor vehicle department.

“That should help us stop it at the installation point,” Gounardes said. “As well as give us enough tools on the enforcement side … (when) they catch these guys and they pull them over, there’ll actually be some teeth to the law.”

The noise could be turned down sooner rather than later, as the bill already passed both chambers in the legislature before the session ended last month. And Gounardes is confident Gov. Andrew Cuomo will sign it into law before the summer is out.

Yet, Green says he’s skeptical of how effective this bill actually would be in reducing noise. Its success depends on how thoroughly the police enforce the new fines, and how aggressively they go after auto body shops that sell and install these illegal devices.

“I belong to a few car groups, car clubs, go to car meets. I don’t know one person who actually went to a shop and purchased the equipment and had it installed,” Wilson said. “Most of us choose the appropriate muffler and pipe combination, and we just order it online. Then once we receive it, we take it to a shop and have it welded in.”

However, the law does penalize shops in New York that authorities can prove installed the devices, Gounardes said. Those who install the devices themselves, in their own garage, are still subject to the fine simply for driving one of these loud vehicles.

Also contributing to the vehicular noise, Green said, is the growing prevalence of unlicensed all-terrain vehicles and dirt bikes speeding down city streets.

“The ATVs are just really obnoxious,” Green said. “They come in packs, too, for the most part, whenever I see them. It’s almost like the motorcycle gangs of the old days. You know, when they come down the street in packs and you hear them, and they sound like thunder.

“When they come down the block and (they’re) popping wheelies in the street, a lot of times it’s pretty out of control.”

According to Dan Padernacht, Community Board 8’s former traffic and transportation committee chair, these vehicles are also dangerous because they often drive against traffic or on sidewalks.

The NYPD recently started a rewards program aimed at getting more of these unlicensed vehicles off the streets. According to a published report, police are offering $100 rewards for information about each illegal dirt bike or ATV they retrieve, and they want anyone with information to call CrimeStoppers.

Police will then destroy any confiscated dirt bike or ATV that doesn’t have a rightful owner.

While this program can’t hurt, Padernacht said, “that can’t be their primary initiative.” Instead, police need to step up enforcement in other ways, and there also should be new legislation passed that sets clearer rules around the legality of dirt bikes and ATVs.

“We need to make sure that any individual driving one of these motorized vehicles are of a minimum age and have a proper license,” Padernacht said. “And that each of these vehicles are properly insured.”

The main way to tackle all the problems with loud and illegal vehicles, Green said, is for lawmakers to consider imposing stiffer criminal penalties for these offenses.

“I just think that we need to revisit some of these laws,” Green said. “The decriminalization of these quality-of-life crimes has really opened the door to a lot of these problems. And these things need to be revisited.”