David Moore: A businessman on a mission for humanity

Counseling center on West 239th now bears his name, and his wife’s, too 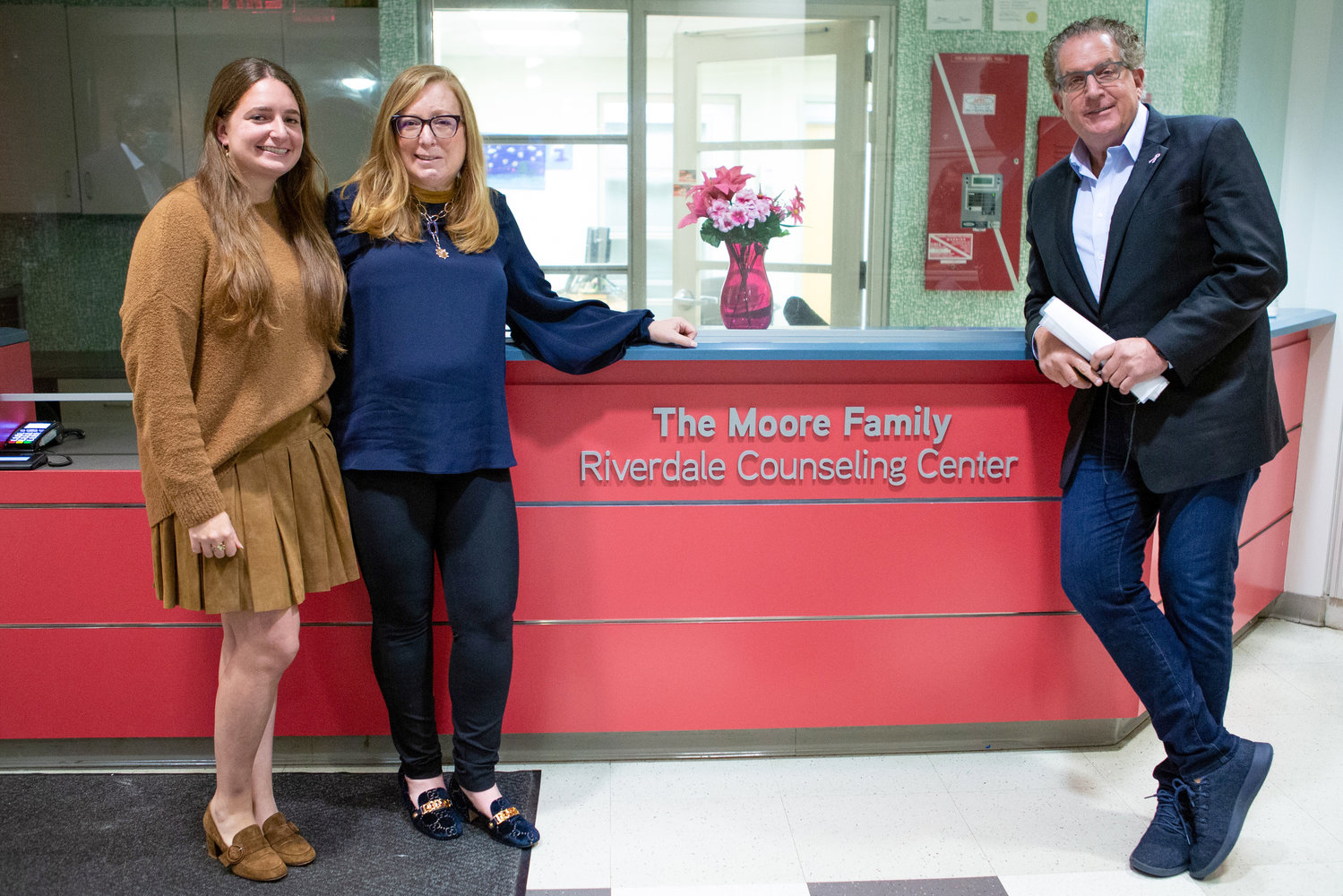 David Moore joined wife Lori and daughter Jami at the ceremony transforming what was the J.W. Beatman Counseling Center on West 239th Street to the David and Lori Moore Family Riverdale Counseling Center. The facility is home to a counseling team offering treatment in English, Russian and Spanish.
Courtesy of the Jewish Board of 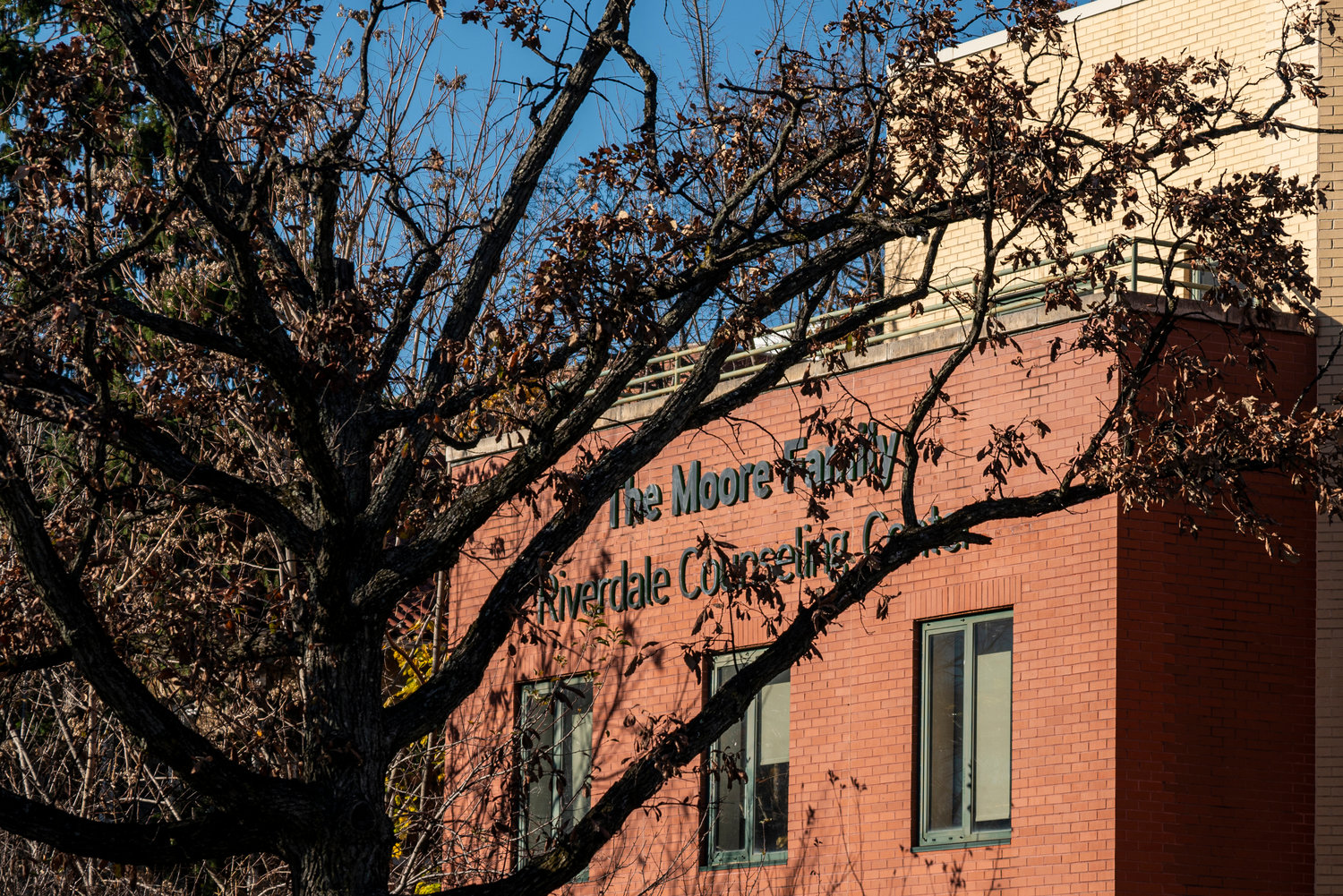 The David and Lori Moore Family Riverdale Counseling Center partners with the Jewish Board of Family and Children’s Services, one of many nonprofits David Moore has worked with throughout his career.
HIRAM ALEJANDRO DURÁN 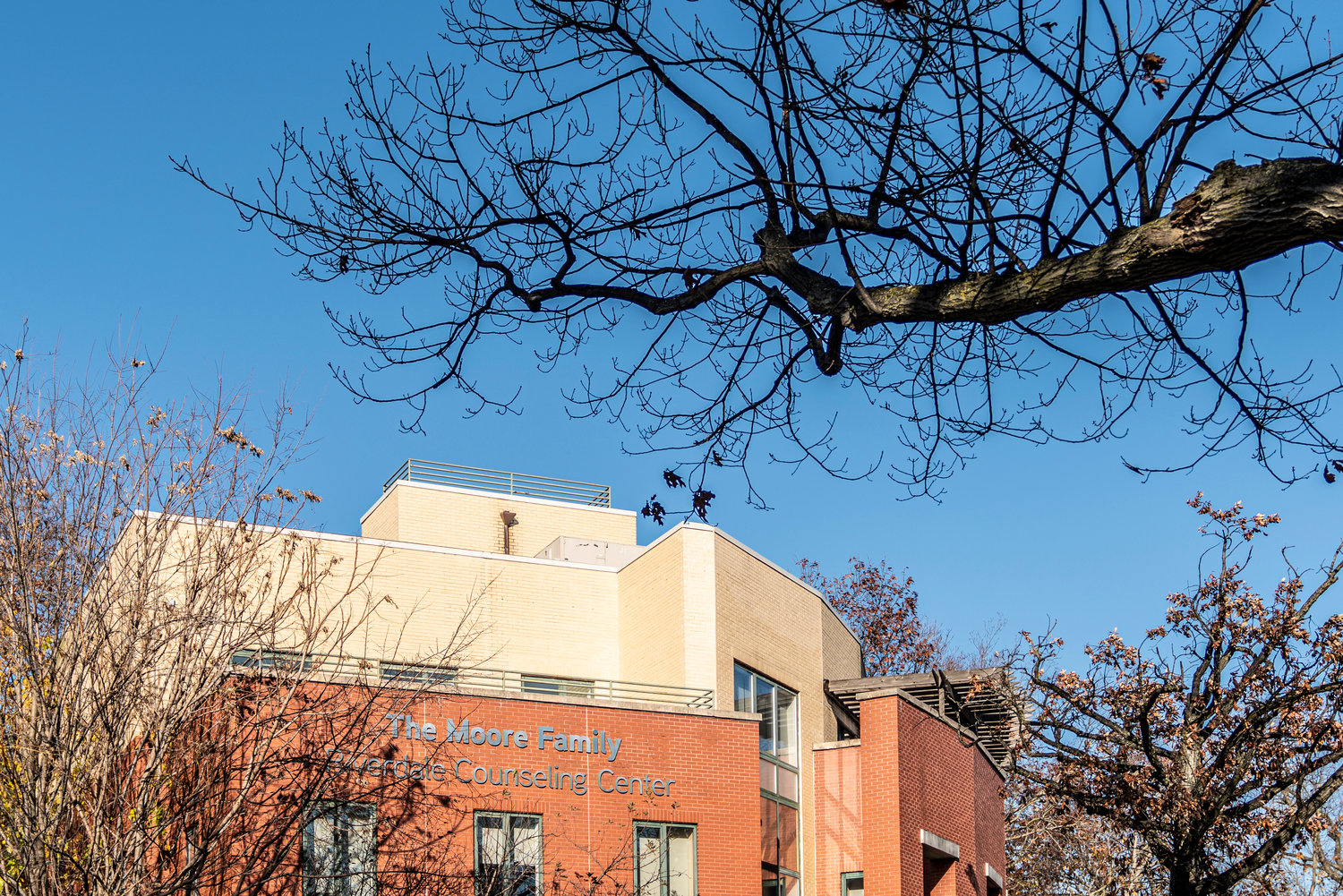 David Moore and his family are the faces of the David and Lori Moore Family Riverdale Counseling Center. Formerly known as the J.W. Beatman Counseling Center, it’s located on West 239th Street and assists more than 1,000 families and children each year.
HIRAM ALEJANDRO DURÃN 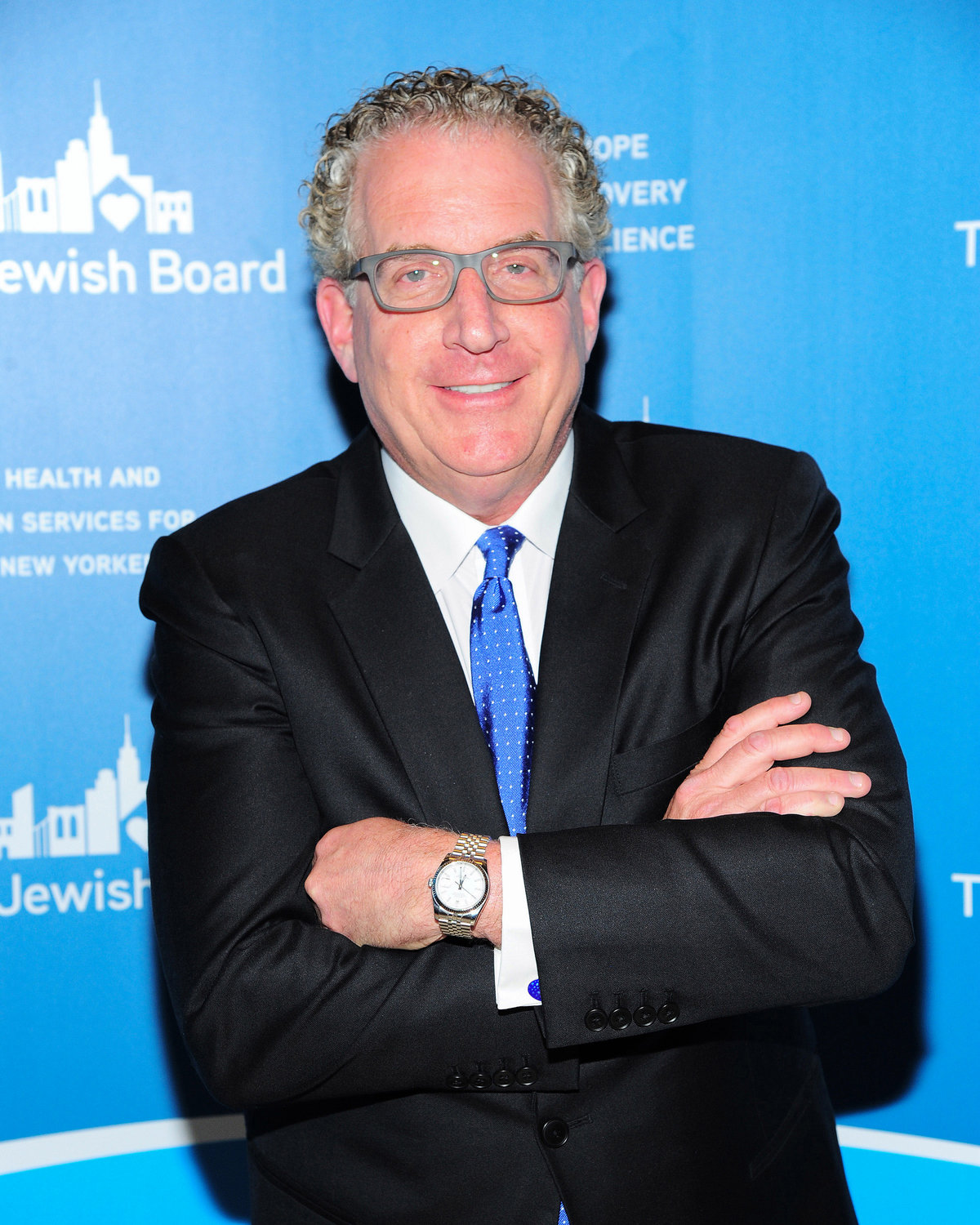 David Moore is currently the chair and chief executive of Moore Holdings, which operates six Renewal by Andersen across the country and Toronto. Over the years, he’s given back through a host of public, private and nonprofit entities.
Courtesy of Michael Priest Photo
Previous Next
By PETE JANNY

Those who have heard of David Moore probably know him from his professional endeavors. For instance, he’s the chair and chief executive of Moore Holdings — a company that employs 800 people across the country through Renewal by Andersen window stores.

He’s also left a private equity player legacy as a founding partner of Sonostar Ventures, investing in a number of companies including Marquis Jet.

But there’s something else that some might find just as commendable, even though it may not catch as much attention: David Moore is on a mission for humanity.

The 55-year-old has focused on a number of philanthropic projects around the city for years, including two decades on the Jewish Board of Family and Children’s Services, the largest social services agency in the city. In fact, he left that role only so he could become a trustee and chair of the UJA Federation in New York City.

But the Jewish Board and its focus on mental health never left Moore’s mind, working with the organization on various psychiatric clinics around the city, inspiring him to make a difference in the fight against what he calls the “silent epidemic.”

Mental health is a global issue, but it hits home for Moore here in the city where he faces the state health department’s claim that one-in-five people show symptoms of a mental health disorder each year.

“Lately more people have become more conscious of the importance of dealing with mental health issues, but it’s the silent epidemic that affects just (about) everybody,” Moore said. “Nowadays, anybody could cite somebody they know who has been affected by cancer. But if you ask them if they know someone who has been affected by mental health issues, they would also say.”

Moore’s efforts in the mental health field haven’t gone unnoticed. Last October, he joined wife Lori and daughter Jami in front of what was the J.W. Beatman Counseling Center at 521 W. 239th St., to watch as it was officially renamed the David and Lori Moore Family Riverdale Counseling Center. The move came after Moore donated an unspecified amount of money to the Jewish Board, which helps operate the Riverdale counseling center.

“When David and Lori decided to make their most generous gift to the Jewish Board, I can’t say that it came as a surprise,” trustee Fran Levy said at the beginning of the renaming ceremony, which was streamed online. “Philanthropy is just part of David’s DNA, and the Moores have a deep and longstanding devotion to supporting our city and the Jewish community.”

The facility cares for more than 1,000 children and families each year through outpatient mental health services. And to broaden its client base, the clinic employs a diverse set of workers who provide that treatment in English, Russian and Spanish, and includes a contingent of Jewish Orthodox therapists.

But the name change isn’t expected to impact the purpose the facility has always served — the only difference now is that the Moore family becomes the face of the work being done there.

“Lori and David’s longstanding commitment to supporting New York City and the most vulnerable among us, is going to keep them a force in our city for decades to come,” said David Edelson, the Jewish Board’s president.

Yet, there’s more to Moore than simply his business ventures — including a run as chief executive of Register.com. He also dabbles in sports as a minority stakeholder in the NBA’s Atlanta Hawks, and has even spent time on stage as a professional stand-up comedian.

“The very things that make David successful in business make him successful in nonprofit fundraising,” Edelson said. “He has raised countless millions for many worthy charities.”

There is a charge for services at the Moore Family Center, but the Jewish Board offers a sliding fee for those without insurance, according to its website. To learn more about its services, call (718) 601-2280.

And even those who may not have felt the need to seek out these types of services in the past may not be immune to the troubling times of the coronavirus, Moore said. That makes operations like the Riverdale center more important than ever.

“I think this may be the most critical time for mental health that we all have ever experienced,” Moore said. “People who were dealing with mental health issues will be even worse now because of isolation.”