de Blasio convenes task force to crack down on fireworks 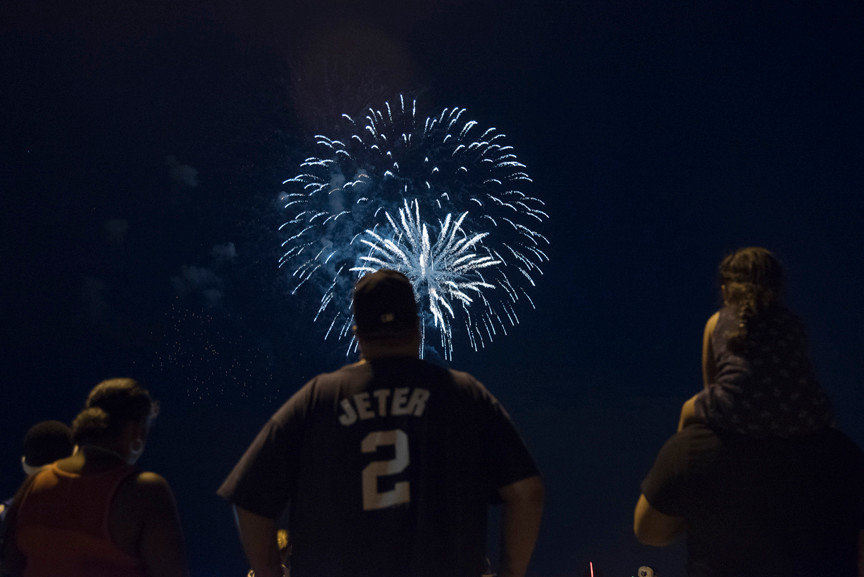 Fireworks, like this one, are generally permitted and legal. But what people in New York City have been hearing in recent weeks have not, and Mayor Bill de Blasio says he's going to do something about it.
DAVID 'DEE' DELGADO / File
By ANTHONY CAPOTE

If you’ve tried to get a good night’s sleep anywhere in New York for the past week, chances are you’ve heard one of the countless fireworks displays that have lit the skies — and thundered through neighborhoods — almost every night.

The New York Police Department has blamed the frequent displays of dazzling, professional-grade fireworks on rowdy teenagers, but few have been able to pinpoint exactly where people are getting the firepower to make them possible. Typically, folks have to drive out of state to get access to the size of fireworks beint used, which seems hard to do in the past three months when many have obeyed stay-at-home orders as a result of the coronavirus pandemic.

But Mayor Bill de Blasio said Tuesday he wants to get to the bottom of that question. It’s why he has called a special joint task force with the NYPD, sheriff’s office and the New York Fire Department to investigate who has supplied fireworks over the past week.

Their plan, the mayor said, was to organize a massive sting operation to identify the illegal fireworks distributors in the area.

“We will have over 40 officers from each of those three organizations, including 12 FDNY fire marshals,” de Blasio said. “There will be all sorts of actions taken — undercover buys, sting operations — finding where the supply is and cutting it off at the knees.”

It’s not just that it’s impossible to get some sleep with fireworks going off all night, according to the mayor, but fireworks can be dangerous in densely populated areas where fires and burns are likely. In addition to de Blasio’s anti-fireworks task force, City Hall plans to run a public safety campaign across the city to inform people of the dangers of playing with fire — even when it comes in a colorful box.

“Fireworks are illegal in New York for a reason,” de Blasio said. “It’s not just a quality of life and a noise issue, though it is, and it’s in all five boroughs, and we take that seriously.”