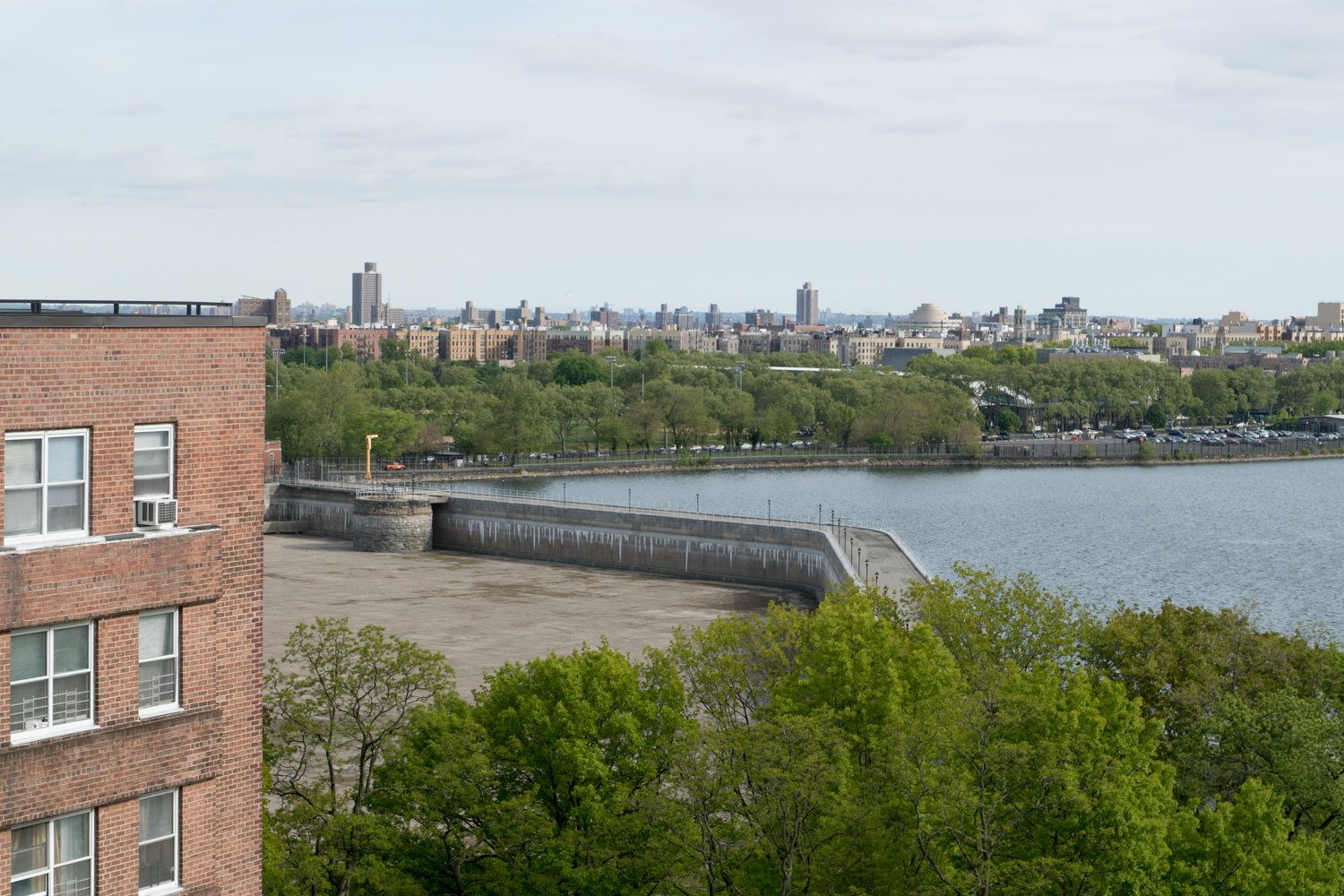 The city’s environmental protection department has dropped plans to keep the Jerome Park Reservoir’s north basin permanently empty after construction is completed on its neighboring basin. Not refilling the northern basin was met with considerable resistance from those living around the water body.
JULIUS CONSTANTINE MOTAL / File 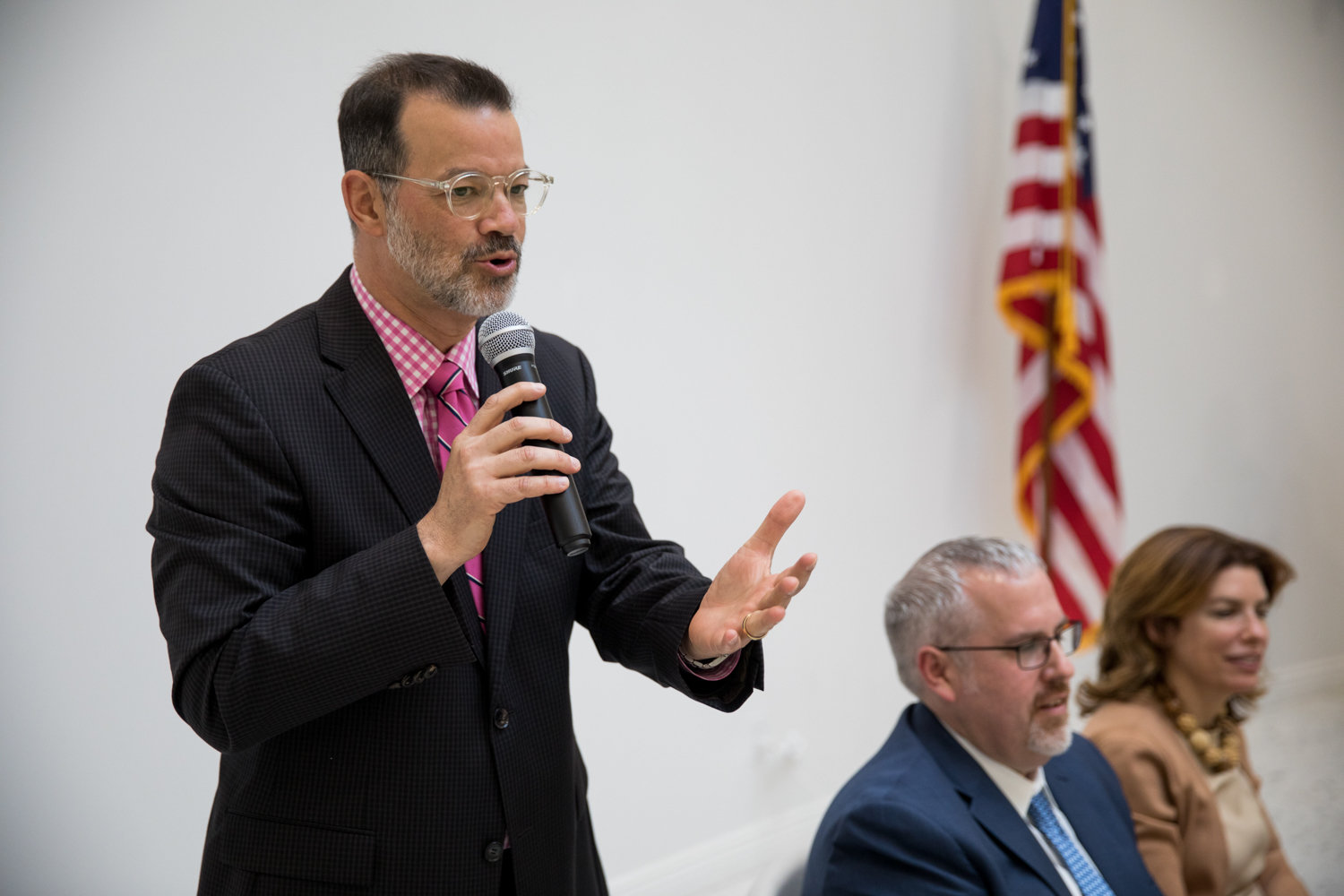 Councilman Andrew Cohen has hailed the decision by the city’s environmental protection department to keep both basins full in the Jerome Park Reservoir after construction is completed on the south basin. Original plans to leave the north basin empty met considerable opposition from neighbors living around the reservoir.
JULIUS CONSTANTINE MOTAL / File 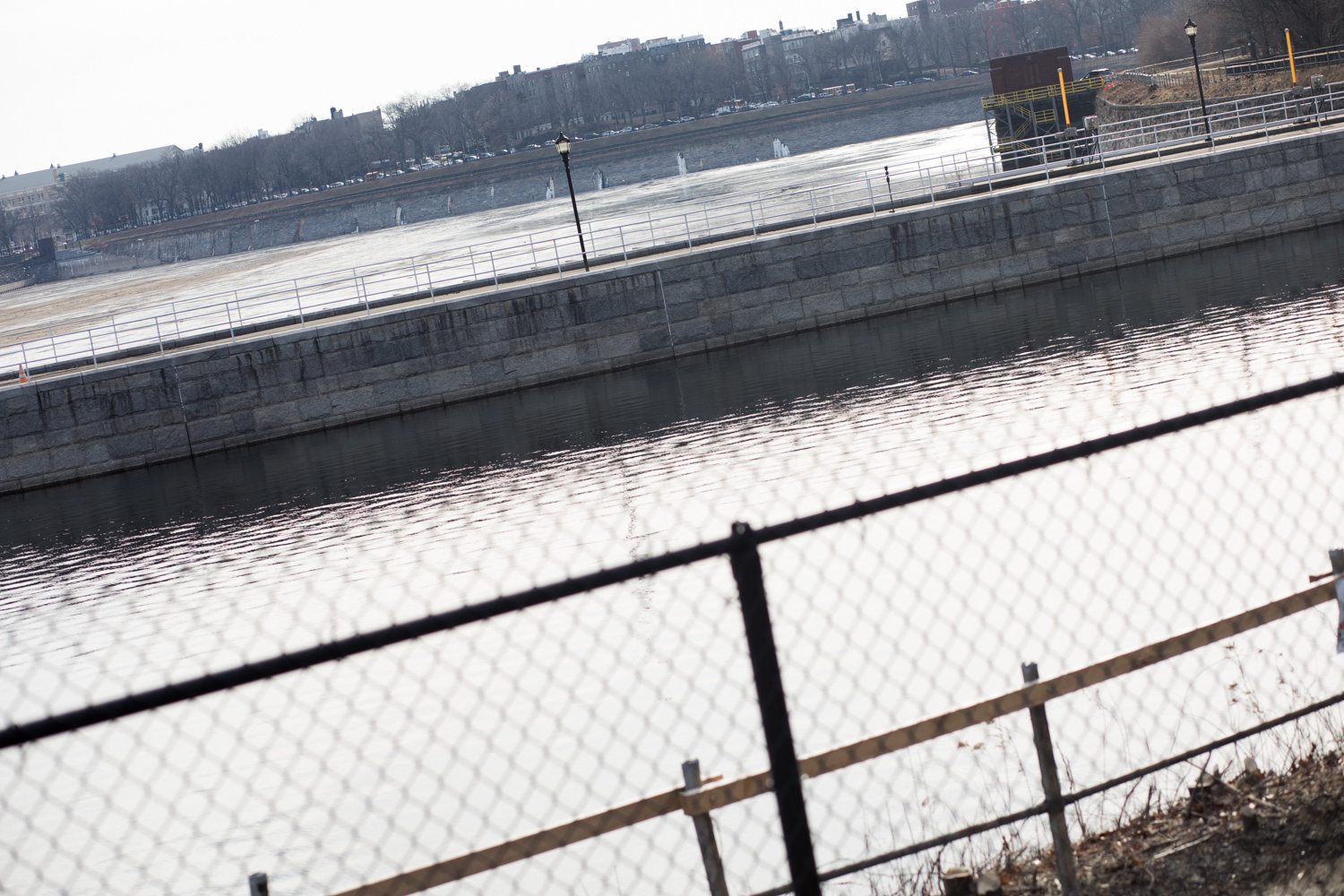 The Jerome Park Reservoir has been a battleground between community members and the city’s environmental protection department, which had planned to keep the north basin empty after construction on the south basin finished. DEP, however, has since dropped that plan.
JULIUS CONSTANTINE MOTAL / File 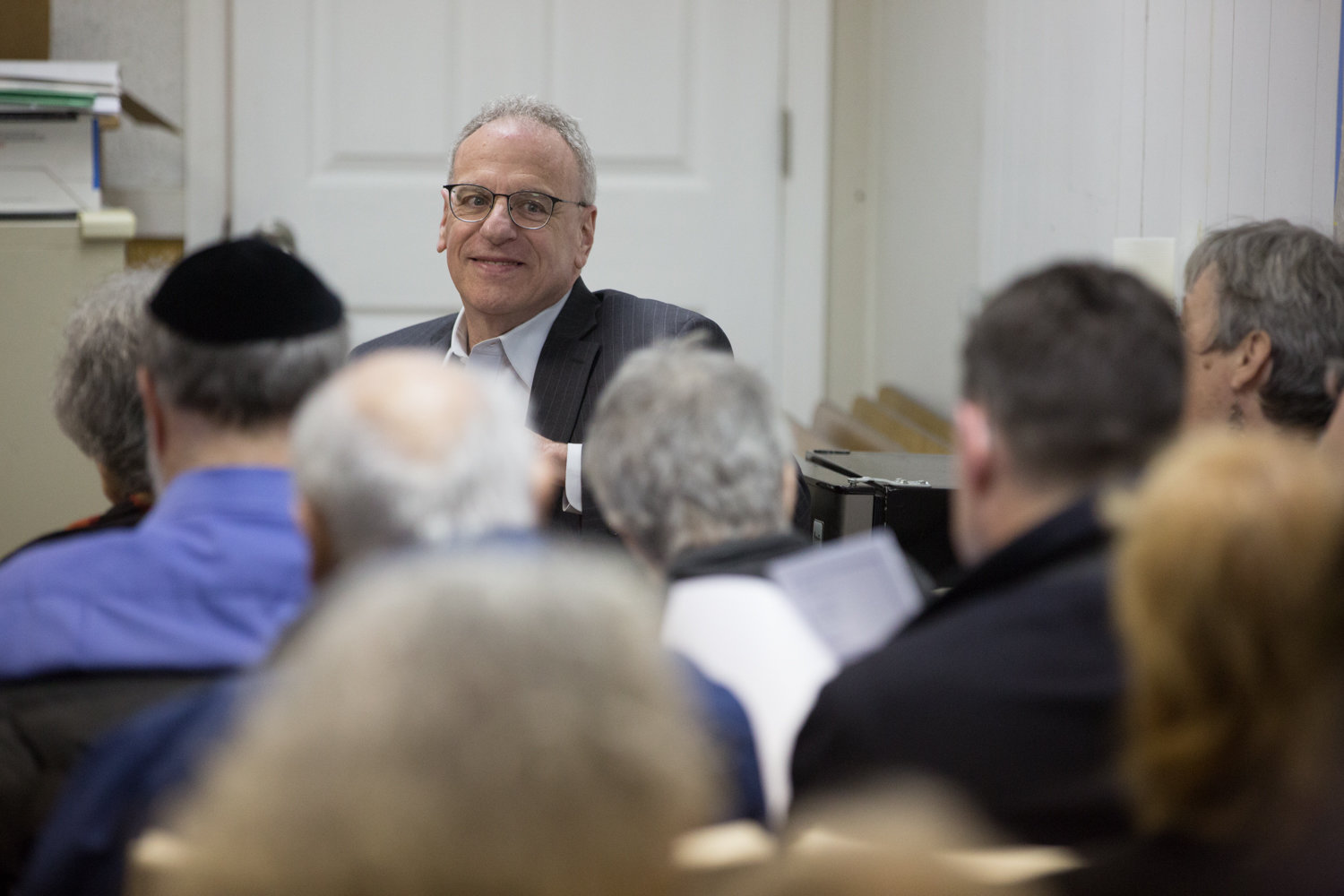 Assemblyman Jeffrey Dinowitz wants to see it in writing that the city’s environmental protection department will keep both basins full in the Jerome Park Reservoir. He is proud, however, of the grassroots movement that played a role in changing the city agency’s mind about leaving the north basin of the reservoir permanently empty.
JULIUS CONSTANTINE MOTAL / File 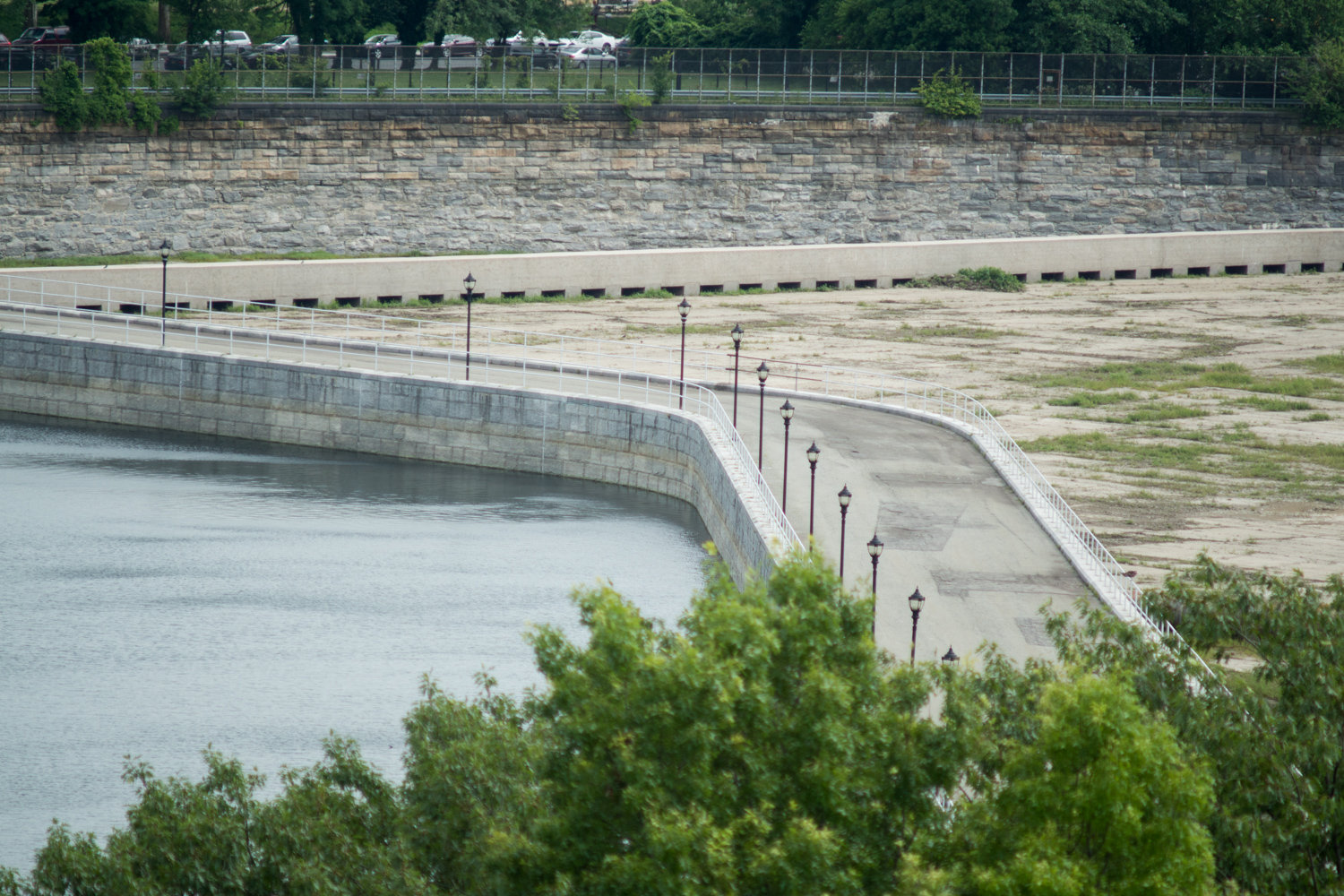 When work on the Jerome Park Reservoir’s south basin is completed, both basins will be full. This might seem like an obvious result, but actually marks a reversal by the city’s environmental protection department, which had initially planned to keep the north basin empty.
JULIUS CONSTANTINE MOTAL / File
Previous Next
By HEATHER J. SMITH

Squeaky wheels get the grease, as the saying goes — or, in this case, water.

After months of challenging the city’s environmental protection department over plans to keep Jerome Park Reservoir’s north basin dry indefinitely, its 50,000-odd neighbors got the news they’d been hoping for: the DEP will keep water in the basin.

Last July, DeLoach’s agency informed a shocked audience at a Community Board 8 environment and sanitation committee meeting the department planned to keep the north basin dry. The idea, they said, was to provide the city a place to stash drinking water in case of emergency at the Croton Water Filtration Plant at Van Cortlandt Park.

A wall divides the reservoir, with the north basin currently filled with water and the larger southern basin dry as crews make repairs to the century-old reservoir. Construction is slated to stretch on until 2025.

News of DEP’s plans last year enraged a community that fought virulently against proposed changes to the reservoir in past years, including plans in the ‘90s to cap the basins and build a filtration plant and office building above.

Their ire flared again in 2016 when DEP planned to construct a bird-proof wire covering they said would prevent water pollution.

Earlier this month, opponents began a widely circulated petition. Because the reservoir is a national historic site, they wrote letters to the state historical preservation office, asking them to reverse support for the plan. Neighbors and elected representatives met with officials last week to discuss the plan.

The opposition, apparently, was enough to make the city reconsider. DEP commissioner Vincent Sapienza was swayed by the public outcry, DeLoach said, choosing to nix the plans.

“People were so unhappy about it, and it was sort of a shortsighted policy that, while there’s value in what we were trying to do, it’s not something that’s mandatory,” DeLoach said. “So there’s some discretion there. We want to make sure we’re a good partner, so we made some adjustments.”

The news was met with restrained joy, at least until DEP puts its decision in writing.

“We’re all waiting for that letter,” Bronx Council for Environmental Quality founder Karen Argenti said. “We need to know exactly what (DEP’s announcement) means because I’ve been here before with them.”

For now, however, she’ll give the city the benefit of the doubt. yet Argenti and others are wary until the decision becomes official.

“But it’s very good to have a democracy where people can talk about what’s wrong with a proposal, and that an agency listens and changes its mind,” Argenti added.

This could be the start of a new working relationship between DEP and the community, something that Fort Independence Park Neighborhood Association president Margaret Groarke said is essential because the department is in the community almost daily.

“As I am talking, I’m looking out my window at the reservoir and I see trucks for one of the projects they’re working on,” Groarke said. “And I think we have to have better communication between us, for our community’s sake.”

Balancing the needs of more than 8 million people depending on the city’s water supply with the wishes of the people around the reservoir is a challenge, Councilman Andrew Cohen said.

“I think, though, that the DEP found a way to strike the right balance for this,” he said. “And for that, I’m grateful.”

Provided the city’s reversal becomes official, it’s an example of a grassroots movement that got results, Assemblyman Jeffrey Dinowitz said.

The reservoir has been an icon to generations of Bronxites who grew up or went to school nearby. Neighbors had every right to fight for it.

“Assuming that we get in writing that which they’ve announced, I’m very pleased,” the lawmaker said. “But that doesn’t mean we shouldn’t be vigilant.”

Plans to radically alter the reservoir have died and been resurrected in the past, he said. Just because the issue is presumably settled for now, it doesn’t guarantee it’s gone for good — something that echoed DEP’s statement.

“It’s a policy for as long as all of us are in charge and making the decisions,” DeLoach said. “I don’t know if we can say it’s for forever and ever, but from a DEP leadership perspective, that is the policy moving forward.”