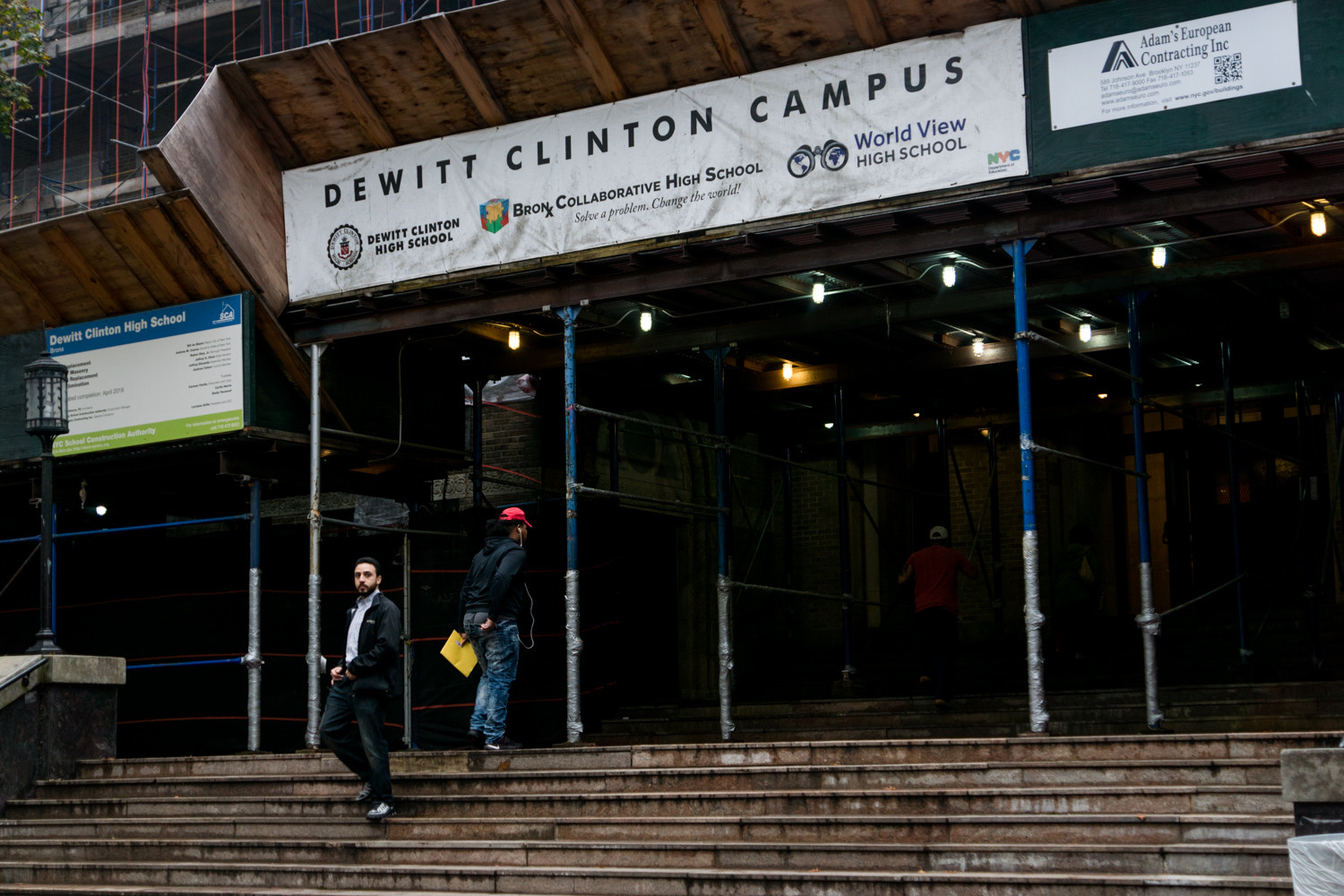 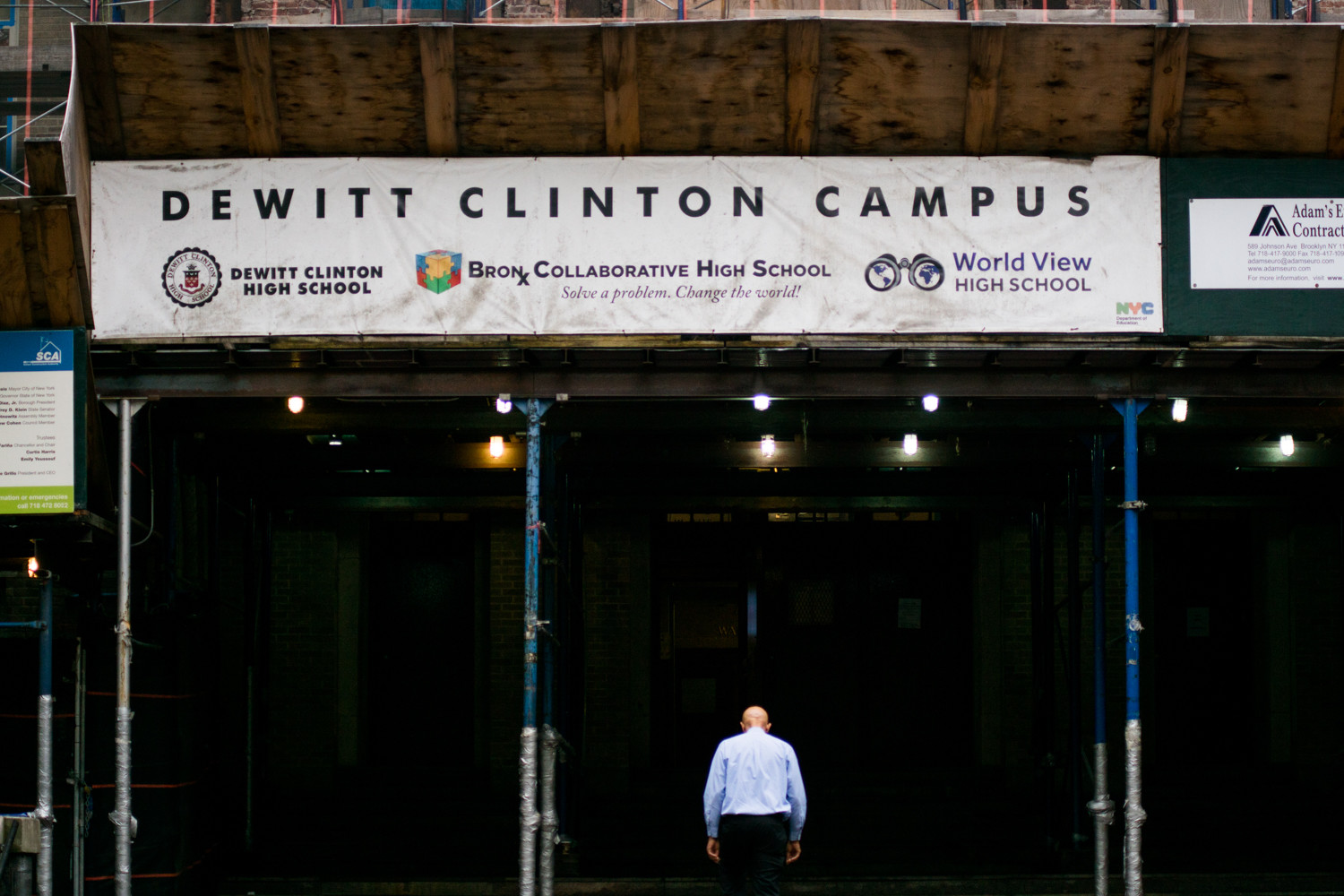 The school known as the “castle on the parkway” will remain under the control of the city’s education department.

The state recently announced DeWitt Clinton High School, located at 100 W. Mosholu Parkway S., would not become the responsibility of Albany after the struggling school made headway in a number of areas that concerned state officials, including its low four-year graduation rate.

The state’s education department defines struggling schools, also known as “receivership schools,” as the lowest performing 5 percent of schools in the state academically.

Under the receivership law, the city has the authority to make a number of changes to improve Clinton, like expanding the school day or even the school year, work with a community-based organization to provide support services, and also remove teachers or require them to reapply for their jobs.

Or, in the most extreme circumstance, the city could phase out and close Clinton.

If Clinton fails to show “demonstrable improvement,” the state could have appointed an independent “receiver,” who would take over the management responsibility of the school from the city.

Educators and an education advocate panned the state’s decision to leave Clinton under city control.

“The message (the state is) sending is that we don’t care,” said Jennifer Pankowski, an education professor at Manhattan’s Pace University and former public school teacher.

“I think if the demographics of the school looked differently, I don’t think so many would have turned the other cheek. The school is predominately Hispanic and African-American students with a very small population of Albanian students, and I think that does affect how quick the state is to step in and say, ‘Clearly you tried to do this, it’s not working. We need to take it a step further.’”

Clinton’s academic fortunes have been on the decline since 2009, which a blip of improvement in 2012. However, other issues have plagued the school in recent years, including one former principal allegedly changing a student’s grade, a sexual relationship between a teacher and student, and the high rates of students bringing weapons to school.

Those issues alone, Pankowski maintained, requires the state to get involved.

Moerdler — a longtime member of Community Board 8, and an outspoken advocate of schools — attributes Clinton’s troubles to bad decisions made by the city. That left schools, teachers and students, he said, to pay the price.

One of those bad decisions he has shared more than once in recent months, has been the city’s approach to homelessness. Too many transient students are finding their way into schools like Clinton, which are not equipped to handle the influx, causing them to rapidly decline academically.

Janella Hinds, a vice president at the UFT union, called on the city to provide “experienced, stable leadership, and then make sure that leadership works” as a way to retain teachers by engaging and supporting them. Without it, long-term and sustainable change at Clinton won’t last.

For now, however, city officials have called for all of Clinton’s teachers to reapply for their jobs, a move that seems to have minimal support on the ground.

“It’s kind of a grandstanding gesture that does no one any good,” Moerdler said. “Why would you want to be a teacher in a time where there’s a teacher shortage when you have people persecuting you?”

Clinton already has a high teacher turnover rate, according to its union. In 2015-16 and 2016-17, more than 20 percent of the school’s teachers have departed, compared to 14 percent citywide.

“We can’t tell someone to reapply for their job if we haven’t trained you to fix what is broken,” Pankowski said. “If you tell me I haven’t been doing a great job all along, reapply next year, either you are not going to hire me back and I’m not going to fully understand why, or you are (and) … the issue hasn’t been fixed.”

The school has made some headway. It has improved in nearly half of its benchmarks, especially over students passing the Regents exams and an extended school day for more learning time. Clinton fell short of goals like providing college and career readiness courses, however.

Clinton currently has a four-year graduation rate of 48 percent, compared to 73 percent citywide.

Named for an early New York mayor and governor, Clinton was founded in 1897 as an all-boys school, not becoming co-ed until 1983. Its alumni include Spider-Man co-creator Stan Lee, Hollywood film director Garry Marshall and former congressman Charles Rangel.

“It’s a disservice to every single student that goes there,” Pankowski said of the state’s failure to intervene. “This is something that seriously needs to be addressed at a much higher level.”