Dinowitz settles in for long haul after win 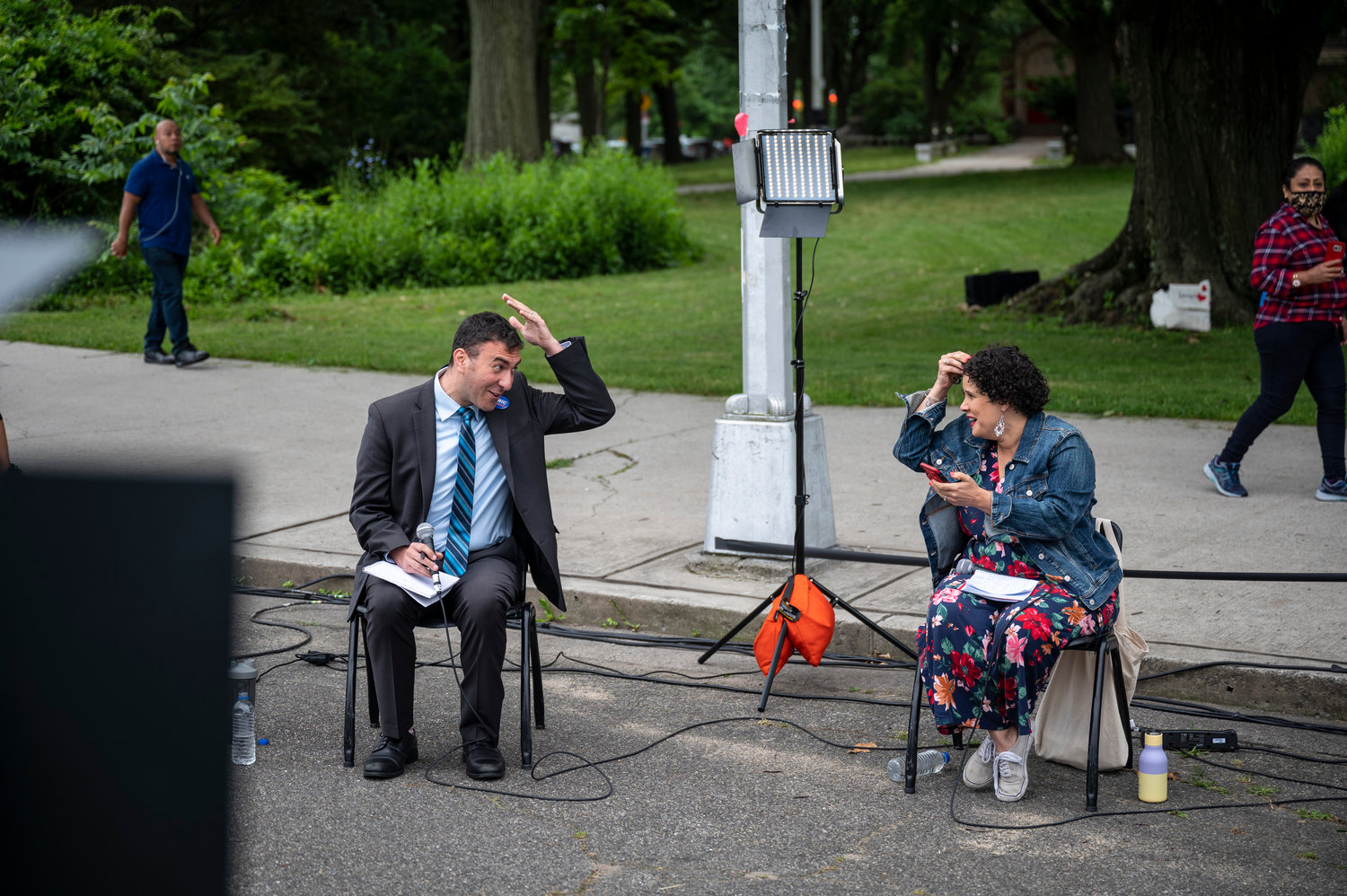 After a special and primary elections within weeks of each other, it finally became clear last week that Eric Dinowitz will keep his seat on the city council for the next two years. Spuyten Duyvil non-profit executive Mino Lora came in second after all of the ranked-choice counting and elimination rounds were complete.
HIRAM ALEJANDRO DURÁN/File 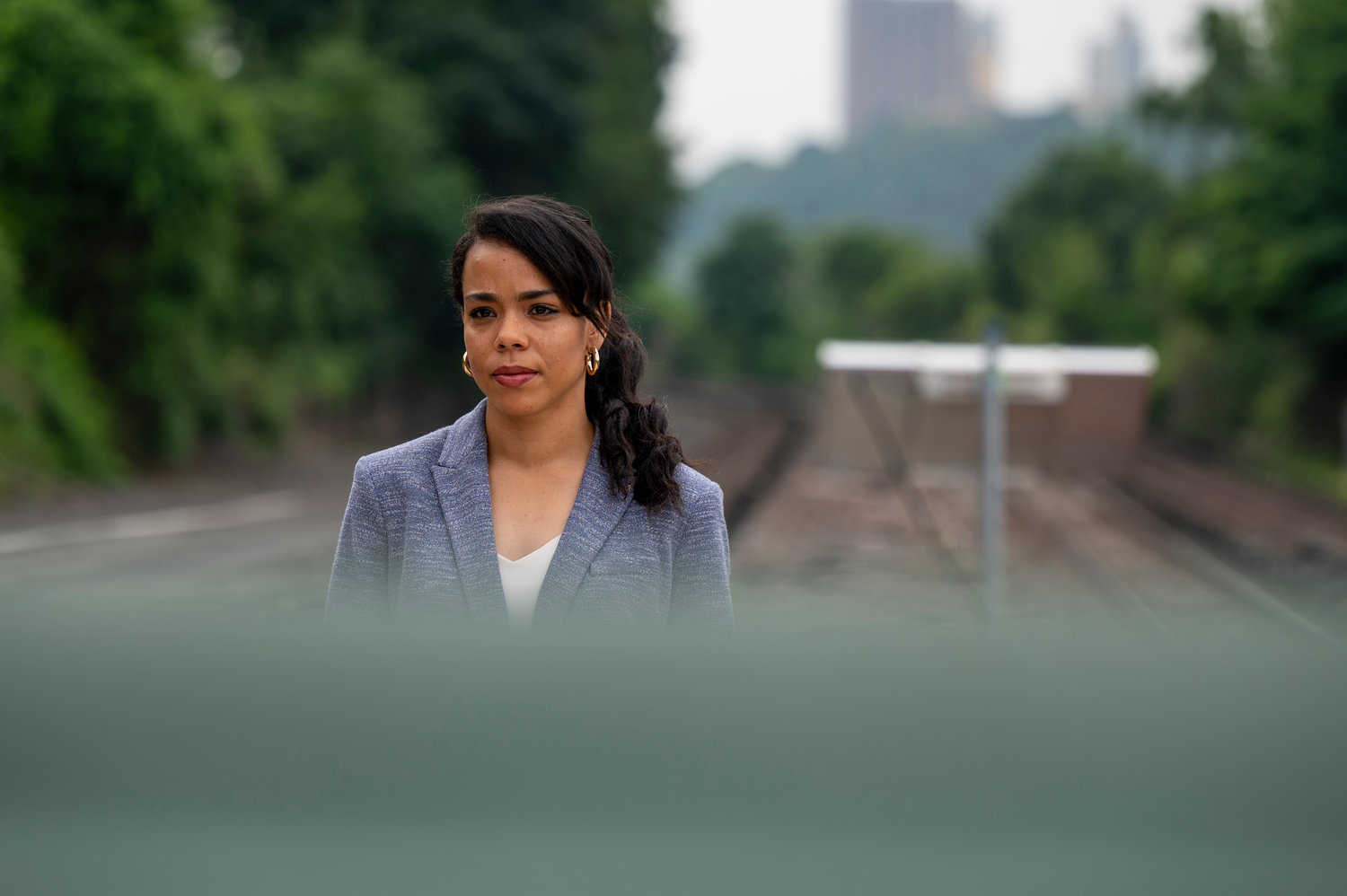 It became clear last week that Pierina Sanchez will likely replace Fernando Cabrera on the city council in a district representing part of Kingsbridge Heights. Sanchez says she’s going to be laser-focused on next year’s budget negotiations when she gets to City Hall because she believes it’s there she can find the best way to positively impact her district.
HIRAM ALEJANDRO DURÁN 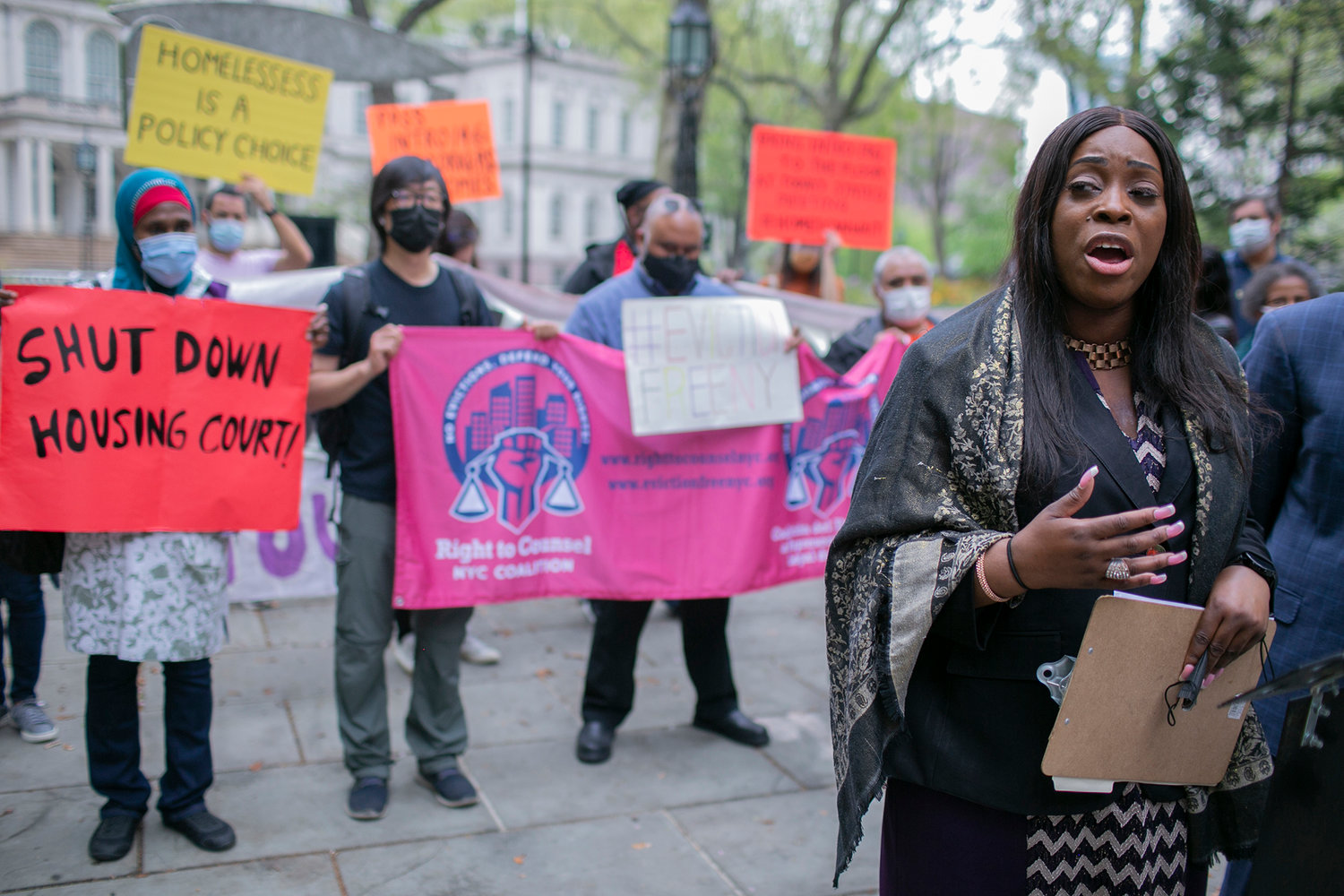 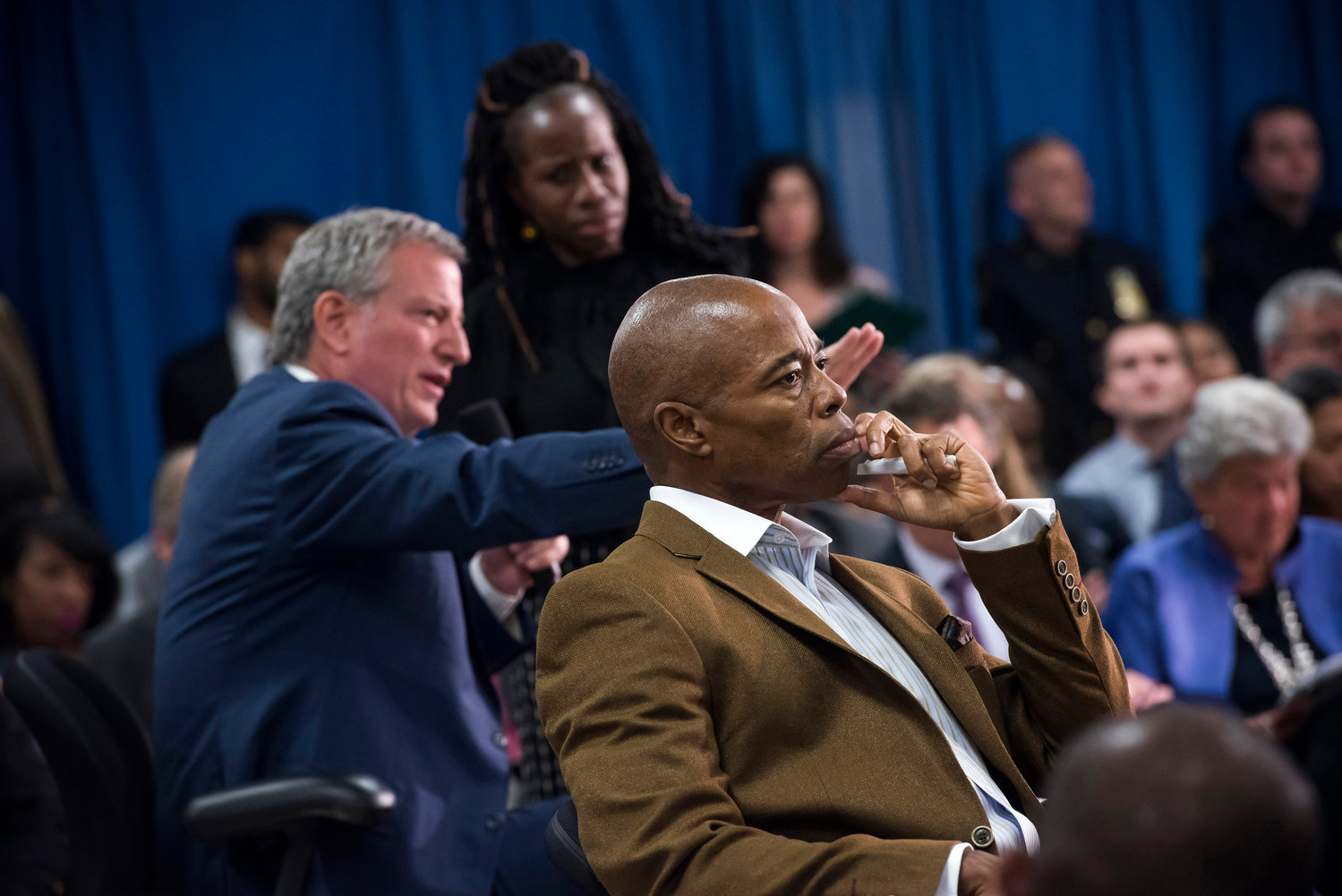 Brooklyn borough president Eric Adams will very likely be the city’s next mayor, after narrowly beating former sanitation commissioner Kathryn Garcia in an intense Democratic primary. Adams will face off against Republican Curtis Sliwa in November, but has little chance of losing.
Courtesy of Mayoral Photography
Previous Next
By ETHAN STARK-MILLER

After what seemed a lifetime over three years, the consecutive races to replace Andrew Cohen on the city council are finally over. And the winner? Eric Dinowitz. For the second time in three months.

The former special education teacher and son of Assemblyman Jeffrey Dinowitz solidified his victory last week in a June Democratic primary once all absentee ballots had been received and counted. Dinowitz keeps the seat he won in a March special election against many of the same competitors.

Because of the solidly blue makeup of the Bronx — and much of city — the winners of the Democratic primary are usually assured a November general election victory.

“Twice in the span of three months, voters overwhelmingly supported my election and re-election to the city council,” Dinowitz said. “I believe they voted for someone who has demonstrated his commitment to the community and has gotten things done. As soon as I was sworn in in April, I hit the ground running and started working for the residents of the north Bronx. I’m going to continue to make sure that my neighbors have a voice and that we have an advocate in City Hall.”

Like in the special, Spuyten Duyvil non-profit executive director Mino Lora finished in second place with roughly 39 percent of the vote after ranked-choice. In a statement, Lora said she’s proud of the campaign she ran as a first-time grassroots candidate, and that she’ll continue to be active in the community.

“We motivated many of our neighbors to volunteer and vote for the first time, and in the process, discovered just how many of our neighbors felt invisible until we knocked on their door,” Lora said. “This is what makes me the most proud, and informs part of the work ahead. Although I won’t be our next councilwoman, I’m not going anywhere. And neither should you.”

The other candidates in the race also finished in similar positions to the first round. Retired New York Police Department detective Carlton Berkley and Norwood political activist Marcos Sierra were eliminated first, followed by Kingsbridge Heights attorney Dan Padernacht. Riverdale social worker Abigail Martin was the last to get dropped from the ballot.

The outcome of the primary race was not surprising, says Manhattan College political science professor Margaret Groarke, mainly because Dinowitz had support from the Benjamin Franklin Reform Democratic Club — a powerful, if waning, political group with ties to the Bronx Democratic Party machine.

“The winning candidate has name recognition and had the strong active support of his father and the Ben Franklin Club,” Groarke said. “So, those are important resources in a race like this.”

Dinowitz also made good use of his time as the current councilman, Groarke said, by holding outdoor office hours and film screenings in several of the district’s neighborhoods during the run-up to the primary.

Dinowitz wasn’t the only person elected last week. There were contests in each of the 51 city council districts across the city. Like the race to replace term-limited councilman Fernando Cabrera, who represents part of Kingsbridge Heights.

As a first-time candidate running for office during a global pandemic, Sanchez said she feels “fantastic” about winning after a tough race.

“It was a grueling campaign,” Sanchez said. “It was a lot of hard work. There were great candidates in this race. But I’m just so happy and grateful for the voters of District 14 coming out in record numbers for this municipal election.”

Sanchez’s campaign focused on bringing equity to the district mainly through affordable housing, she said. After talking to voters over the past year, Sanchez says she realized the best way to bring much needed resources to the area is through the city’s budget process.

Sanchez wants to join the council’s finance committee so she can be a part of the conversations about where money is allocated from the get-go.

While Groarke was disappointed by the outcome of the race — she campaigned for Abreu — she wasn’t entirely surprised Sanchez won since she, too, had the backing of the Bronx Democratic Party, and with it some prominent elected officials like U.S. Rep. Adriano Espaillat.

In addition to the races for city council, there were contests for mayor, comptroller, public advocate and each of the five borough presidents. Councilwoman Vanessa Gibson won the Bronx borough president race to replace Ruben Diaz Jr., whose 10-year span in borough hall is ending because of term limits.

After a hard-fought race — where many believed Cabrera to be the frontrunner — Gibson said she’s ready to get to work.

“I think people are worried about the direction of the city and the Bronx,” she said. “I’ve said to many reporters the violence is through the roof and people are very worried. And we have a lot of real issues on the ground. So, we have to get working on Day One. We have to strategize. We have to organize. And I think we have to form partnerships so that we work together.”

Perhaps the biggest topic of this primary season was the use of ranked-choice voting, introduced citywide for the first time this year. Overall, Groarke said, she thought the system’s was a success.

“I think ranked-choice voting worked well,” she said. “I think a lot of people chose more than one person. It gave people the freedom to say, ‘Well, I like Abigail Martin. But if she’s not going to be the city council person, I’d like it to be Eric Dinowitz.’ And that’s the whole point of ranked-choice voting.”