Money earmarked for parks, schools, and even a boost to the New York cops 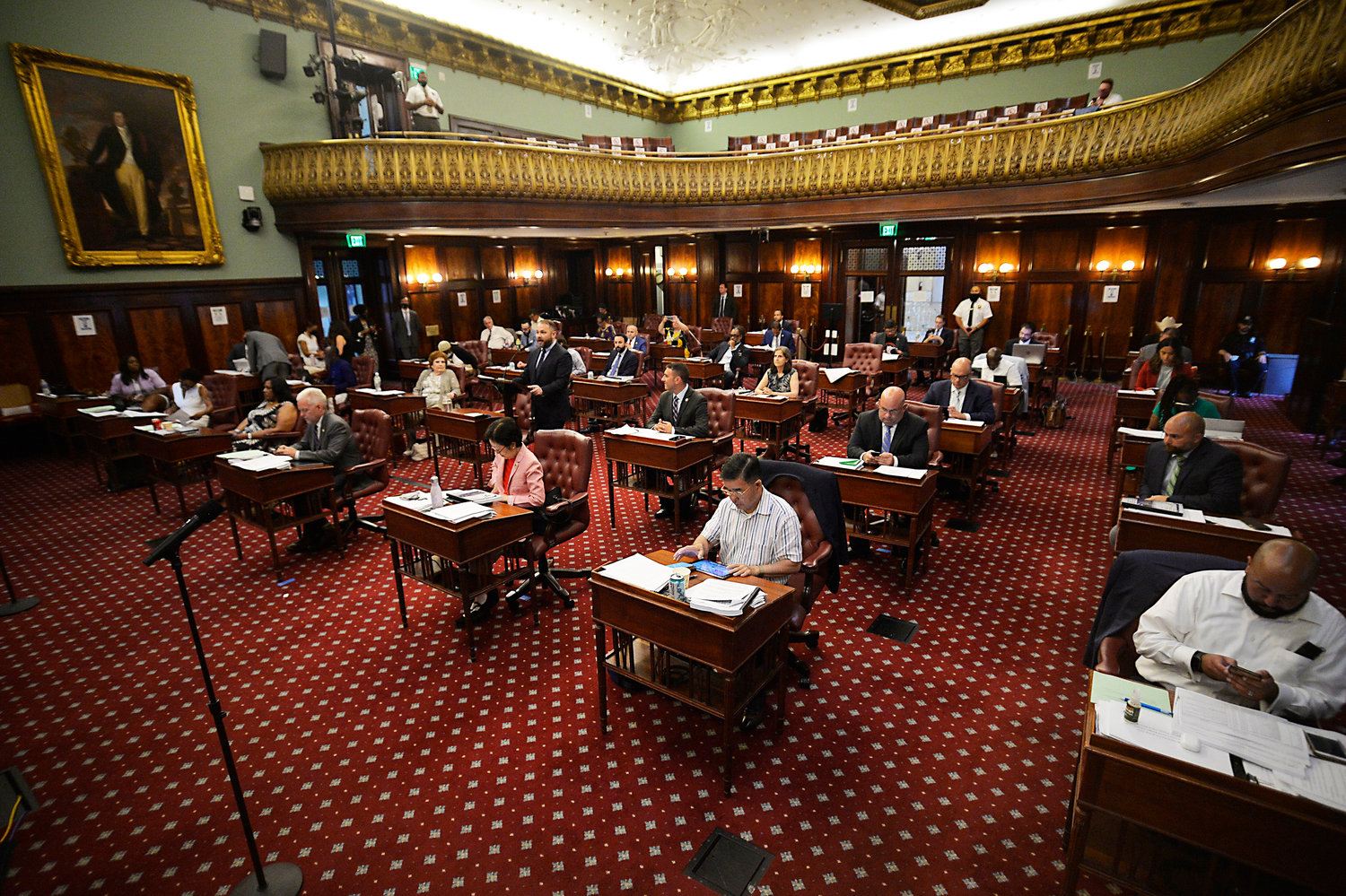 If you could boil Councilman Eric Dinowitz down to one core issue, it would probably be education.

That shouldn’t be too much of a surprise since Dinowitz had plenty of first-hand experience in the classroom. He was a special education teacher in a handful of schools in this corner of the Bronx for the past 14 years.

Although Dinowitz loved making a difference in the lives of his students, he also realized there’s only so much he could do in that setting. That’s why he decided to leave the classroom, he said, and run for city council in the first place.

“One of the things that I said during the campaign was, ‘Yes, I have an impact on the lives of my students,’” Dinowitz said. “But there’s only so much I can do with 45 minutes in a classroom with them. As a member of the city council, I can impact thousands and thousands of students’ lives.”

And Dinowitz says that’s exactly what he did by voting for this year’s $99 billion fiscal year budget, which included $4 billion in additional funding for education. It’s the largest in the city’s history, and the final one to be introduced by term-limited Mayor Bill de Blasio and council Speaker Corey Johnson.

After just solidifying his seat on the council for the next two years by winning the June Democratic primary, Dinowitz said it was a moving experience to cast his first vote for a city budget in the council chamber. It was especially powerful because this was the first time lawmakers had gathered there since the start of the coronavirus pandemic last year.

“When people vote for you, they put their faith in you,” Dinowitz said. “They put (their) trust in you to go to City Hall and be their voice and make sure that their needs are met, and that their values are expressed.

“So, taking the vote — but also being physically in the chamber — was extremely humbling. But it was also a reminder of so much of the pain a lot of New Yorkers and the world has been through.”

The council is trying to alleviate some of that pain through this massive budget. Nearly $16 billion of it was funded directly by federal pandemic aid packages like the American Rescue Plan, according to published reports. All this extra cash allowed the city to finally focus on spending instead of saving — putting money into long-neglected areas like education.

This large investment in education is meant to offset some of the hardships students and teachers have suffered because of the pandemic, which has kept many at least partially out of the classroom for the past year. However, Dinowitz is most excited about the investment in school mental health programs, like making sure every school has a full-time social worker and that each student has access to a mental health screening upon returning to in-person classes this fall.

“Something that I’ve spoken about and advocated for, for a long time — even before the pandemic — was a need for our children to have social, emotional, and mental health support in and out of the classroom,” Dinowitz said. “And this budget not only fills the need brought on by the pandemic, but helps fill a need that existed before the pandemic.”

In addition to the $4 billion for schools, Dinowitz said the budget includes large investments in capital projects, parks and the city social services department. Plus, money for building green infrastructure and funding for senior centers. All of which, he said, will help people in this corner of the Bronx.

The New York Police Department also received a $200 million funding increase, standing in stark contrast to the council’s move to cut $1 billion from the NYPD’s roughly $6 billion budget last year in the wake of national racial justice protests that followed the murder of George Floyd by a former Minneapolis police officer.

The NYPD funding increase comes amid a rise in shootings and murders this year across the city. Much of the new money allocated to the NYPD is earmarked for overtime and technology upgrades.

Dinowitz positioned himself against cutting funding for the NYPD during his consecutive city council campaigns. But when asked about his position on this latest increase in funding, Dinowitz chose not to answer, instead pointing again to other parts of the budget that he approved of.

Now that the budget process is over for this year, Dinowitz says he’ll return to advocating for his district, especially when it comes to recovery from the last 18 months or so.