There’s still a lot more that needs to be done in Albany, lawmaker says 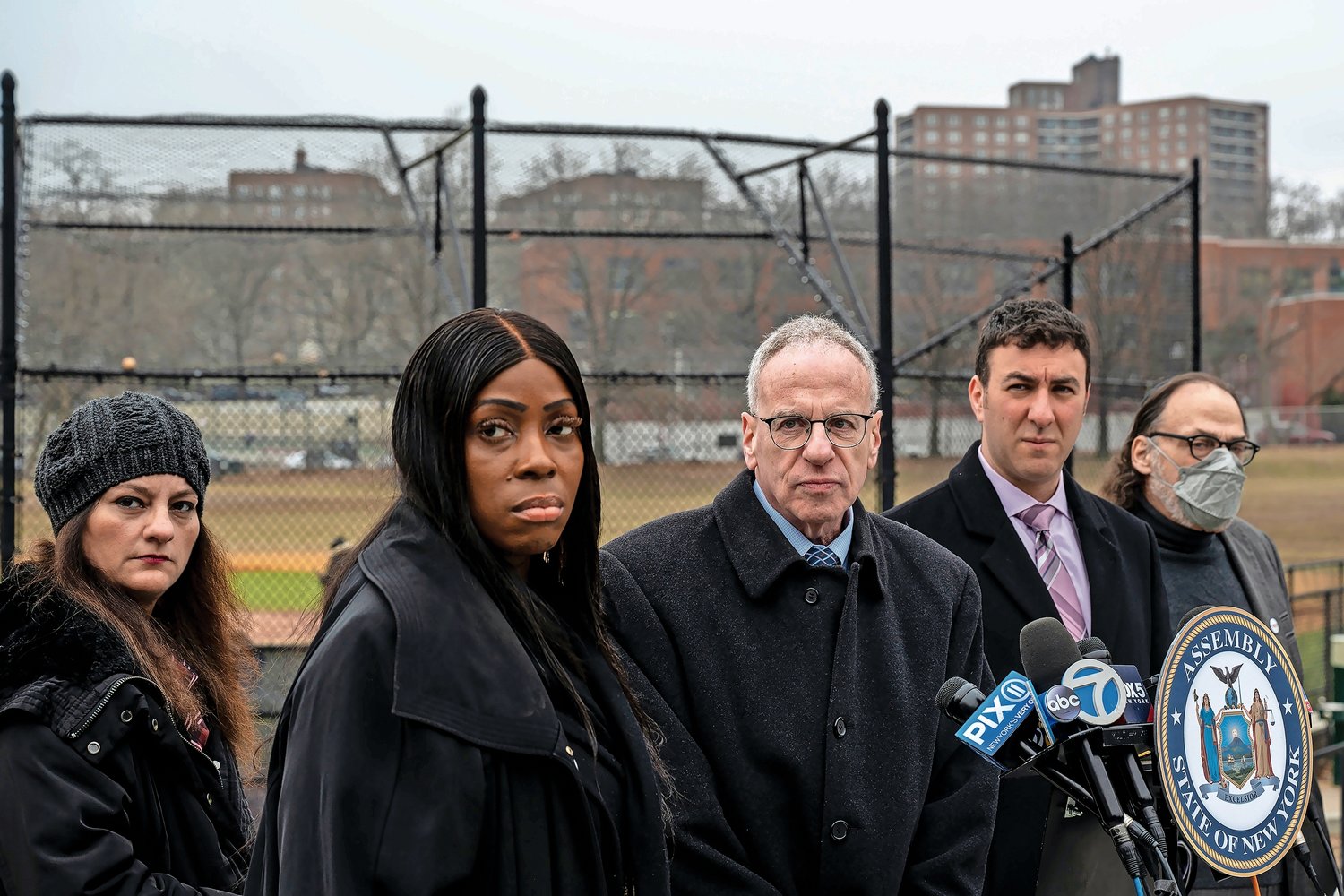 Jeffrey Dinowitz is hoping to keep the Assembly seat he has held since the 1990s. He’s up against Jessica Altagracia Woolford in the primary election next Tuesday.
Hiram Alejandro DurÃ¡n/File
By Sachi McClendon

Jeffrey Dinowitz has served as the assemblyman in the northwest Bronx for just under 30 years. In that time, he has passed hundreds of bills, spearheaded the development of a new business district, repaired roads and brought in funding for new schools. Now he’s hoping voters will put their faith in him once more as he goes up against organizer Jessica Altagracia Woolford in the Democratic primary on Tuesday.

And he thinks his past record speaks for itself.

“Number one, I get the work done that needs to be done both in the community and in Albany,” he said. “And number two, because people know that I always stand up for them, and I never back down from a fight. I take on the powerful. I take on special interests.”

In the voter guide put out by the city’s campaign finance board, Dinowitz listed “safety and gun violence” as the number one issue he wants to tackle in the legislature this go-around. “If you talk to voters, most voters think that safety and gun violence are the top issues,” he said. “Given the dramatic increase in shootings since the beginning of the pandemic, people are rightly concerned.

“While it’s true that our district hasn’t suffered nearly as much as other communities have, people recognize that this is a phenomenon which has taken place across the city — in fact across the country.”

Dinowitz, who is the chair of the powerful codes committee, pointed to the series of bills — all of which he co-sponsored —  strengthening the state’s gun laws that were passed in the final days of the session as proof of how seriously he’s taking this issue. “I think (those laws) should have a beneficial effect for us here in the Bronx and throughout the state,” he said. “But of course, we have to do a lot more, meaning that it has to be done on a federal level.”

And Dinowitz has friends in Congress, on the federal level. Last week, Rep. Ritchie Torres endorsed the assemblyman for re-election. The announcement came soon after Dinowitz’ challenger, Woolford, received a high-profile endorsement of her own from state Sen. Alessandra Biaggi, whose current district overlaps with much of Dinowitz’.

“I am excited to strongly endorse Assembly member Jeffrey Dinowitz,” Torres said in a press release. “He’s a reliable fighter for the north Bronx who has stood up to powerful interests and big corporations to deliver for working families every day. I look forward to delivering for the North Bronx with Jeffrey in the coming years.”

Dinowitz also says he’s been a fierce advocate for tenants, particularly throughout the duration of the pandemic. “People even beyond our district contact our office because they see that I’m possibly the preeminent person in the legislature who has dealt with housing issues,” he said, adding that he sponsored the eviction moratorium and the Tenants Safe Harbor Act — both of which protected tenants from being kicked out onto the street during the pandemic.

And just this year alone, Dinowitz managed to pass two pieces of legislation that strengthen the rights of tenants. The first bill prevents New York City tenants in rent-regulated apartments from being charged by a landlord for installing and using an air conditioner unit. “Currently, if you buy an air conditioner — with your own money — pay to get it installed and then plug it in and use electricity that you pay for, the landlord could still charge you a monthly fee for that,” he said. “There’s absolutely no good reason for that.”

Another bill, which has since been signed by Gov. Kathy Hochul, puts a stop to landlords passing onto tenants legal fees they might have incurred in connection to owning and operating a unit. “If you are a day late with your rent or something, a landlord will tack on a legal fee that the  landlord unilaterally imposes on the next month’s bill,” Dinowitz said. “So we banned that.”

He also recently testified at the city’s Rent Guidelines Board hearing, urging its members not to follow through with a proposal to increase rents in rent-regulated apartments throughout the city. “I don’t want to see New York City turned into one large homeless encampment,” Dinowitz said. “We have to protect people, and if it means landlords putting off for a while an increase in profits, so be it.”

Despite the legislative successes Dinowitz has had over the years, his challenger has previously called him out for failing to effect enough change in Albany. Dinowitz, however, pushed back on that.  “Everybody who runs for office against the incumbent will say two things: He or she has not gotten enough done. And he or she has been around too long,” he said. “The fact is, I’ve passed — I don’t even know the exact number anymore — but I think it’s somewhere approaching 200 laws. I think that’s getting a lot of stuff done in the community.”