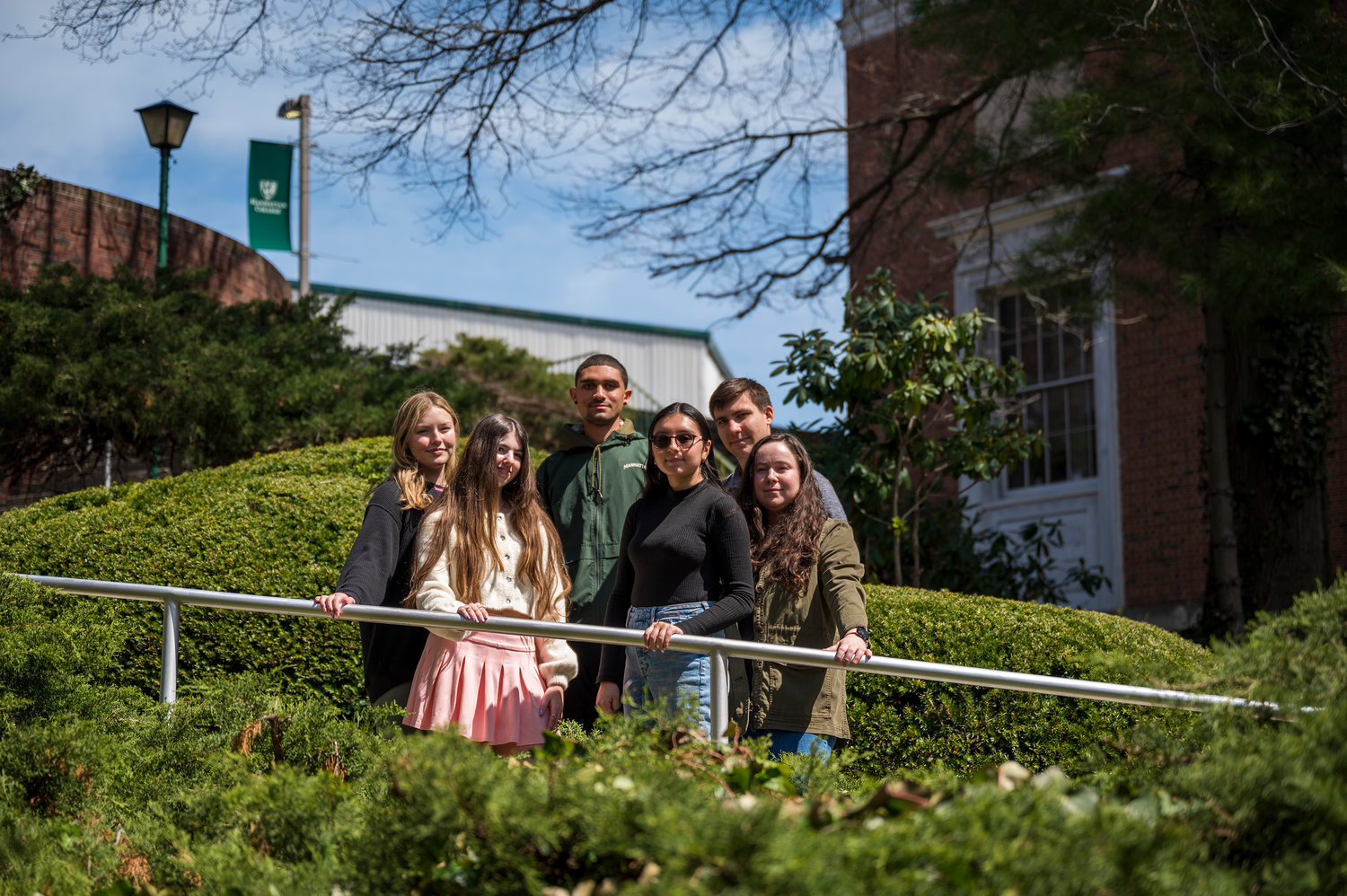 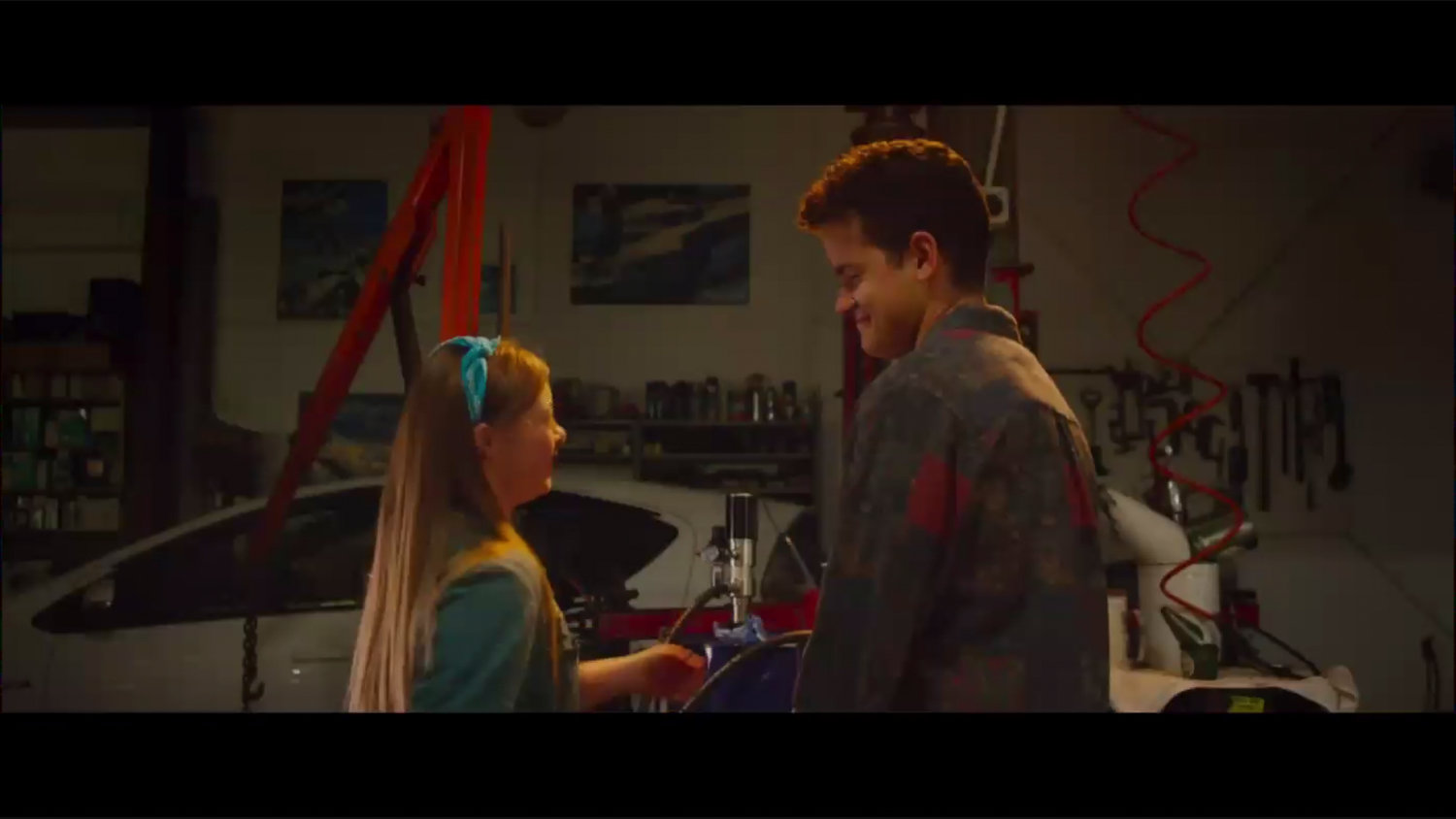 Frame from New Zealand filmmaker Linda Niccol’s “Poppy” a film about a young woman with Down syndrome set on becoming a mechanic.
Courtesy of Reel Abilities Film
Previous Next

‘I think beyond awareness of disabilities, this festival shows the public that individuals with disabilities are only beginning to be visible in movies.’”
RUTH ZEALAND professor, Manhattan College
By STACY DRIKS

With the help of four other students, a Manhattan College professor showcased independent films this week that were created by, starred, or was about people with disabilities. It was the first time since 2019 that the festival took place due to COVID-19.

ReelAbilities, founded by Anita Altman and Isaac Zablocki at JCC Manhattan in 2007, has helped the college produce the event that promotes disabilities awareness. MC tries to erase the stigma and stereotypes about people with disabilities while watching the films, that ran from April 11 through 13 in a hybrid event.

One of the The college's school of education professors and activist, Ruth Zealand once again asked ReelAbilities to be a partner for the festival.

“All of the people in it [films] usually have disabilities, ranging from deafness to intellectual impairments to physical impairment,” Zealand said.

“It’s really exciting that we’re able to bring it back to the campus. I know a lot of people are really excited about it,” said Samantha Keating, a sophomore at MC majoring in elementary and special education.

Keating is one of the four students who volunteered to help put the project together. Zealand said that if it were not for these students, it would have taken her a lot longer to finish.

When we think about stereotypes of people with disabilities, a lot of the time it’s hard to grasp one specific stereotype. Unfortunately, disability-related stereotypes have risen because not many people know about each disability.

For example, autism and Down syndrome are similar but are entirely different disabilities. By watching these films, people will have the opportunity to understand a little bit more about disabilities than they did before they walked in.

“Oftentimes, when you see disability in the media, it’s very, like cut and (dried), Keating said. “It’s really does not show a lot of variety,”

After watching these films, the people can dispel stereotyping, Zealand said. She further explains this is the case because people can’t get a sense of the thought that a disabled person can do things that everyone else can.

One film featured is “Amazing Grace.” It is about an artist who developed acute flaccid myelitis on her 17th birthday. This neurological condition causes muscle weakness, sometimes leading to permanent paralysis. However, since she has a roadblock, the artist searches for different ways to create art.

“My only limitation will be my imagination,” the trailer quoted the artist.

Keating believes it’s up to the individual to choose if they want to be labeled as a person with disabilities.

It is not up to someone else to decide.

Uhrig and Keating are Zealand’s students enrolled in a six-credit course called “Students with disabilities.” Uhrig finds this semester interesting because she’s learning about disabilities, and at the same time, she is watching these films.

Seeing something in person is a different experience from learning about it in a classroom.

Zealand teaches her unique course in different categories of disabilities. However, she can’t cover everything in the course of a semester. On the bright side, students learn the general idea.

“Even as a general education teacher, you’re still going to have students with disabilities, no matter if it’s labeled or if they have an IEP,” or an individualized education program, Uhrig said.

Zealand said many students who take the class — students with disabilities —want to become more generally knowledgeable about that subject. As these students graduate and continue on to a teaching career, at least 20 percent of them will have a student with a learning issue in their class, she said.

“They (students) should be aware,” Zealand said, “I think the state-mandated these two courses.”

In 1975, congress enacted the Individual with Disabilities Education Act that ensures all children with disabilities can get free public education just like other children.

“I grew up with a younger brother with autism, and I saw what kind of toll that took on my family and him in general,” Keating said, “As a teacher educator, I think that every person, no matter what obstacles they may face in life deserve full representation and deserve full and equal rights.”

ReelAbilities sent a list of trailers for Manhattan College students to pick through to showcase at the festival. Zealand said that the program never operated this way. Usually, the program would send full clips for judges to view to see if the films qualify for the festival.

Based on their schedules, volunteers watched the clips individually, and Uhrig, like others, feared they would forget what the trailer was about because each one that followed the first was great as well.

“I kind of made this spreadsheet of like ‘yeses, and noes,’ and then comments so that we could remember like what each of them are about,” Uhrig said.

The following day discussions and notes helped them jog their memory. She said it was hard to narrow the films, which is why they split the days into three.

The lengths of the films can range from five minutes to 15 minutes and even one hour.

There was also a Q&A panel after each film. In previous years, a producer, actor, or director from the film would join in, but since the city is under modified COVID-19 restrictions, special guests could not come.

Instead, Zealand and other educators who have experienced special education, joined the Q&A panels instead.

Besides students, Manhattan College’s Kappa Delta Pi — an education honor society — and others are helping out with outreach. Keating and Uhrig have just been inducted into the society and gained connections within them where they can spread the word and fundraise for the festival.

“You know, when it comes down to it, it’s just entertainment for many of the people who come except for my class because they all have to come,” Zealand said, with a chuckle.