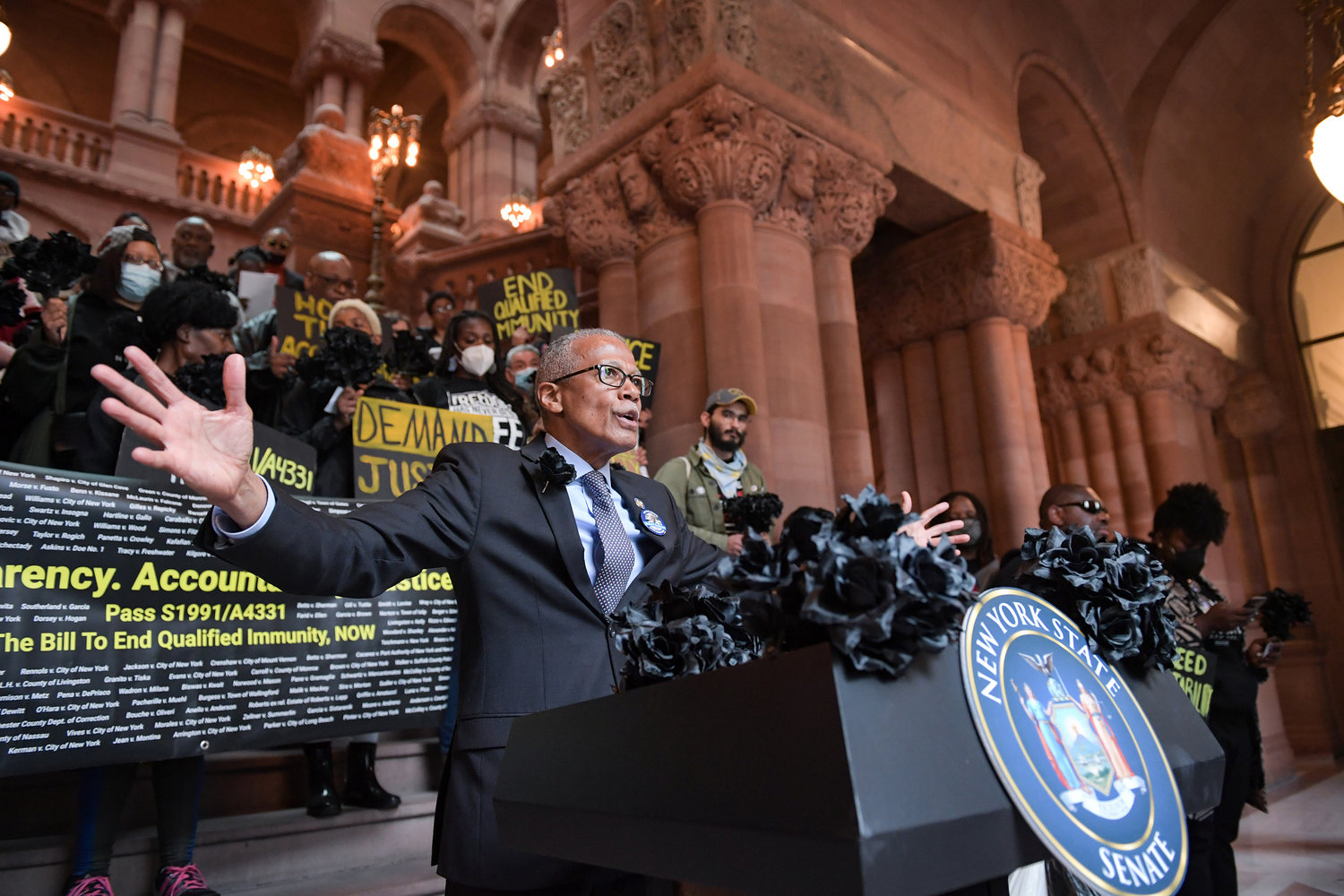 The shared boundary between the new senate districts in greater Riverdale cuts into the Bronx runs for approximately 6 miles. It loosely follows Jerome Avenue, shoots west at Van Cortlandt Park and then heads down to the Harlem river — dividing the borough’s northwest corner in two.

But that is not the only division cutting through the northwest Bronx. Through the two districts’ senate races, a political divide has also emerged. In each, a sitting senator, who has in the past gotten on the wrong side of a local power broker, is facing off against a more-centrist, first-time candidate backed by many within the Bronx party establishment.

For residents in Riverdale, Spuyten Duyvil and Norwood, the decision on Aug. 23 in the Democratic primary is between Sen. Gustavo Rivera and party-backed lawyer Miguelina Camilo.

Those living in Kingsbridge, Marble Hill and upper Manhattan have a bit more options, but the main contenders are Sen. Robert Jackson and Angel Vasquez, the latter of whom has the support of U.S. Rep. Adriano Espaillat.

Taken together, these two progressive senators have found themselves in a proxy war, partially set in the northwest Bronx, fighting for another shot in Albany against powerful interests that want to see them both gone.

Both of the senator’s opponents have close ties to the political powers-that-be.

First-time candidate Camilo has had the borough party’s support from day one. In the early days of her candidacy back in February, a video on Camilo’s social media shows Bronx County Democratic Party chair Jamaal Bailey introducing her to a crowd of people as “our candidate.”

In fact, as she said herself that night, she was handpicked by the party. “I am honored to be here as the candidate for the senate race, an opportunity that has come after many years of showing my love for the Bronx,” she said. “I’m extremely proud to be chosen as a candidate.”

At the time, Camilo was running for the open seat being vacated by Sen. Alessandra Biaggi. Things changed when the new maps were finalized in May. Thanks to redistricting, rather than district 33, Rivera’s residence of 20-plus years fell into district 31, represented by Jackson. Running against him was something Rivera said he just couldn’t stomach.

“He’s a dude that I respect. And ironically, the reason I’m having this war over here now, is because I did not want a conflict within our conference,” Rivera previously told The Riverdale Press. Yet when he went to the county party to see if it would endorse him in the new district 33, he got turned away.

It would seem that Camilo’s relationship to the party trumped Rivera’s. She was, after all, a vice chair of the county party from 2016 to 2019.

From there the party selected her to become a commissioner at the board of elections, a position she held until last year.

Even though he is a first-time candidate, Vasquez, like Camilo, is no stranger to the political sphere. Vasquez used to be the chief of staff for former Sen. Marisol Alcantara who — shortly after narrowly winning her primary in 2016 — joined the Independent Democratic Conference, which, when extant, often aligned with the Republicans in the senate to bolster the GOP’s power.

Jackson went on to beat Alcantara in 2018, a victory fueled in part by a wave of anti-IDC sentiment that was sweeping through the state at the time. Yet way before then, back in 2014, Jackson took on Espaillat for his seat in Albany, losing narrowly in the primary.

Espaillat has not forgotten, Jackson says.

“They want me out. Because they see me as the one person in northern Manhattan that can challenge Adriano. And Adriano does not own upper Manhattan,” the senator told NY1 earlier this month.

In order to do so Espaillat, who backed Alcantara in her first senate go-around, is now putting his weight behind Vasquez.

In the district 33 race, Rivera too cannot expect any support from Espaillat, who has already sided with Camilo. But the powerful local elected who has the biggest beef with Rivera right now appears to be Assemblyman Jeffrey Dinowitz, secretary of the Bronx Democratic Party.

According to an anonymous party insider in a report from the Bronx Times, the party turned against Rivera after the senator backed the Assemblyman’s challenger in the June primary.

Dinowitz has since been quick to go after Rivera, saying in recent interviews that the senator wants to defund the police and supports the BDS movement, a controversial position given Riverdale’s significant Jewish population.

With early voting already underway, outside interests have begun to take note of the rift in the two races, and are spending big in the hopes of placing Camilo and Vasquez in the senate.

One pro-charter school political action committee in particular has already reported spending more than half a million in digital ads propping up the first-time candidates. As The Press reported last week, the group may be supporting Vasquez as he currently sits on the board of New Heights Academy, a charter school in Harlem. That said, when pressed, Vasquez refused to say what role he believes they should play in the state’s public education system.

Camilo, on the other hand, said she believes both educational systems can co-exist.

“I am supportive of public schools, but I am also supportive of charters,” she said. “And I don’t think they have to be mutually exclusive.”

Both Rivera and Jackson, on the other hand, have been getting little support in the way of outside spending. Whether or not they truly need it can only be answered after Aug. 23.