Does future of police include public schools? 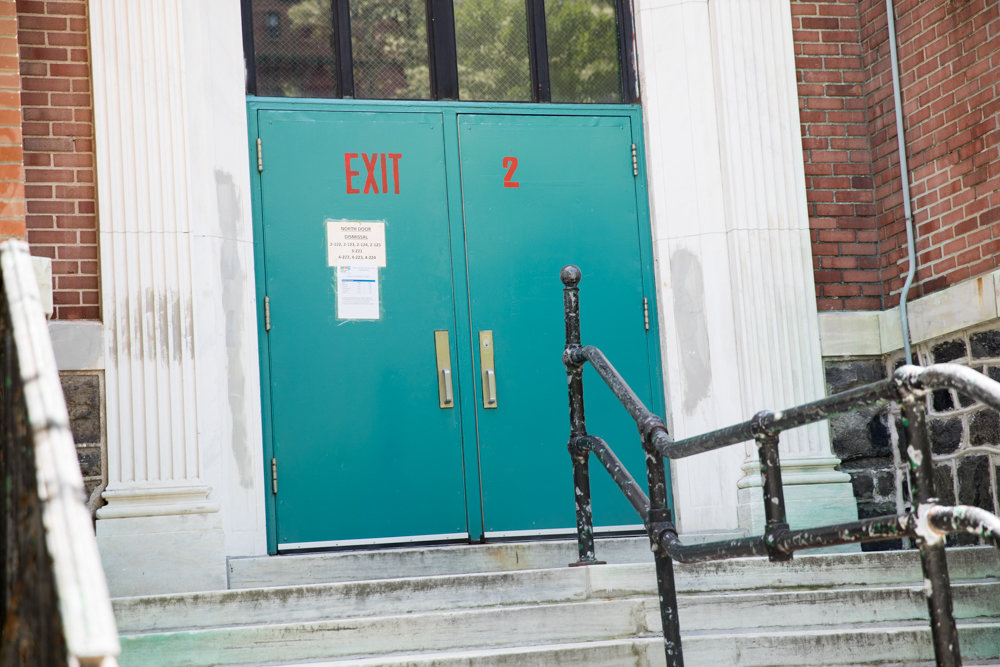 The city council passed a package of laws earlier this month aimed at creating new regulatory guidelines for the New York Police Department. The package included a legal ban on the use of chokeholds — a bill first introduced after Eric Garner of Staten Island was killed in 2014 where such a maneuver was reportedly used.

The bills are a first step toward reforming how police function, according to Councilman Andrew Cohen, who co-sponsored all seven, including new requirements that force the NYPD to disclose what kind of technologies they use for surveillance.

“So, if they’re using facial recognition software, you’ll be able to find that out,” he said of the bill, known as The Post Act. “I honestly don’t think what will be revealed by the Post Act isn’t going to shock anybody, but it’s just going to put all of that out there in one place so people can be aware.”

The new city laws, which go into effect as soon as Mayor Bill de Blasio signs them, also require the NYPD to create a workable database of officers based on disciplinary records, which are now publicly available after state lawmakers repealed Section 50-a. The new database, according to Cohen, will keep track of officers with an extraordinarily high number of negative marks on their record or community complaints against them. The law also requires the NYPD to track these particular officers themselves and retrain when appropriate.

“If you get in trouble in your tax-funded job, that should not be a secret,” Cohen said. “All of these bills are really geared toward trying to identify when an officer has an abnormal number of complaints against them, and give us an opportunity to intervene before something bad happens.”

But not everyone in City Hall is satisfied with this first package of police reforms. Councilmen Mark Treyger of Brooklyn and Donovan Richards of Queens, for example, want to start work on a new city law to take school safety powers away from the police department and put those duties back into the hands of the city’s education department.

Their proposal would remove more than 5,000 police officers — known as school safety agents — from school campuses. Advocates of the law say removing police presence in public schools will help break what experts call the “school-to-prison” pipeline.

The pipeline is a social phenomenon criminologists and education scholars say forces young people — especially working-class students of color — into the criminal justice system when zero-tolerance disciplinary policies in schools are enforced by on-campus police. As a result, students are often arrested in school for minor disciplinary issues, which in itself leads to an increased chance of being arrested again later in life.

“Every encounter with the police makes another encounter more likely,” said Mancy Heitzeg, a sociologist at St. Catherine University in St. Paul, Minnesota, who focuses on the school-to-prison pipeline. “So, for example, if you are arrested in school, you are going to have to pay fines and fees, which will create an economic hardship for you. And we all know how fines and fees in the system can mushroom into other criminal justice issues.”

Heitzeg authored a book on the pipeline in 2016, focusing on how zero-tolerance school safety police arose in the late 1990s and early 2000s, largely in response to mass school shootings like the Columbine High School massacre in 1999. The problem, she said, is too many of these policies were implemented — and enforced by on-campus police — in urban schools filled with students of color, as opposed to the mostly white, suburban schools for which they were created.

While advocates like Heitzeg are generally excited about the prospect of removing police from school campuses and embracing new approaches to both school discipline and justice as a whole, some are not quite so pleased. Greg Floyd, the president of the city employees’ union Teamsters Local 237, fiercely opposed the plan after it was announced.

“The calls to remove school safety responsibilities from the NYPD is not a new one, but they have certainly been renewed in the wake of recent protests about police reform,” Floyd said in an open letter to the city council June 12. “The renewed calls for removing school safety responsibilities from the NYPD, however, fail to recognize how the School Safety Division actually already better achieves the goals of many police reform advocates.”

Of the 5,000 school safety officers who fall under Local 237’s membership — which includes most city employees — Floyd said the majority of them are women of color, who have been responsible for keeping roughly 1.5 million New York students safe since the NYPD took control of school safety in 1998.

“Seventy percent of school safety agents are Black and Latina women,” Floyd said. “The vast majority live in the neighborhoods in which they work. And they do not carry firearms or chemical agents.

“The inconvenient truth is that there are New York City school children who seek to harm their classmates and school staff. How can we expect our school children to learn and our educators to instruct, if we cannot ensure their safety?”

But there are a number of highly effective alternatives to having police in schools, according to Heitzeg, including using school police funding to hire on-campus social workers and counselors.

“It takes more intentionality and effort, but there has been move here and elsewhere,” she said. “To create peace circles, restorative justice models, which try to address a number of larger issues which might swirl around a particular conflict.”

As a member of city council’s public safety committee, however, Cohen said he thinks giving the power over school safety measures back to education officials is a good idea.

“School discipline should not be a criminal matter unless there is something that really rises to that level,” the councilman said. “I think it’s probably just more appropriate right now to have and NYPD presence in our schools unless they are called because of an emergency.”