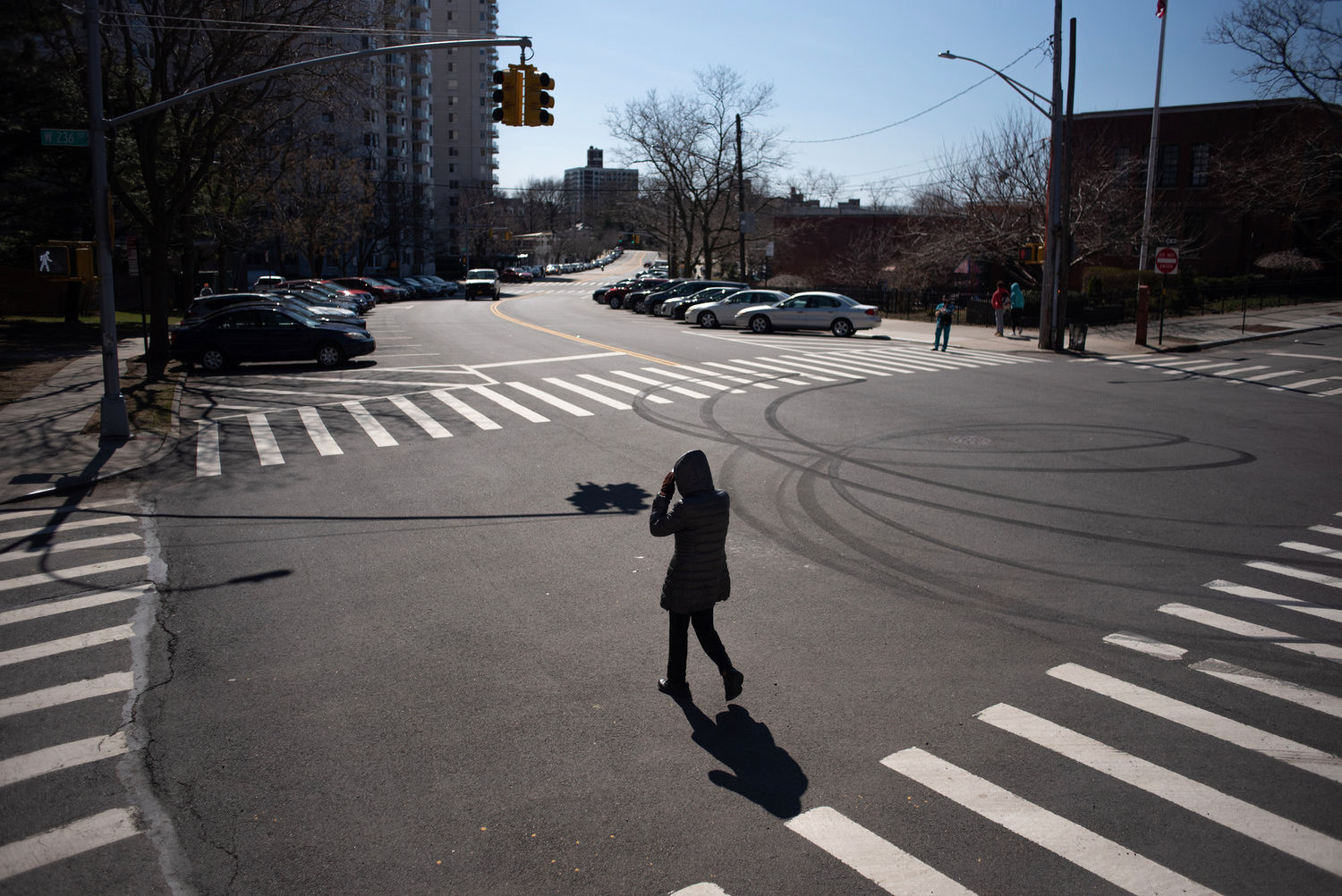 In the past, Independence Avenue has often been the site of reckless driving complaints in the area. However, drag racers have more recently begun using Johnson Avenue as their own personal racetrack.
SKYLER REID/File 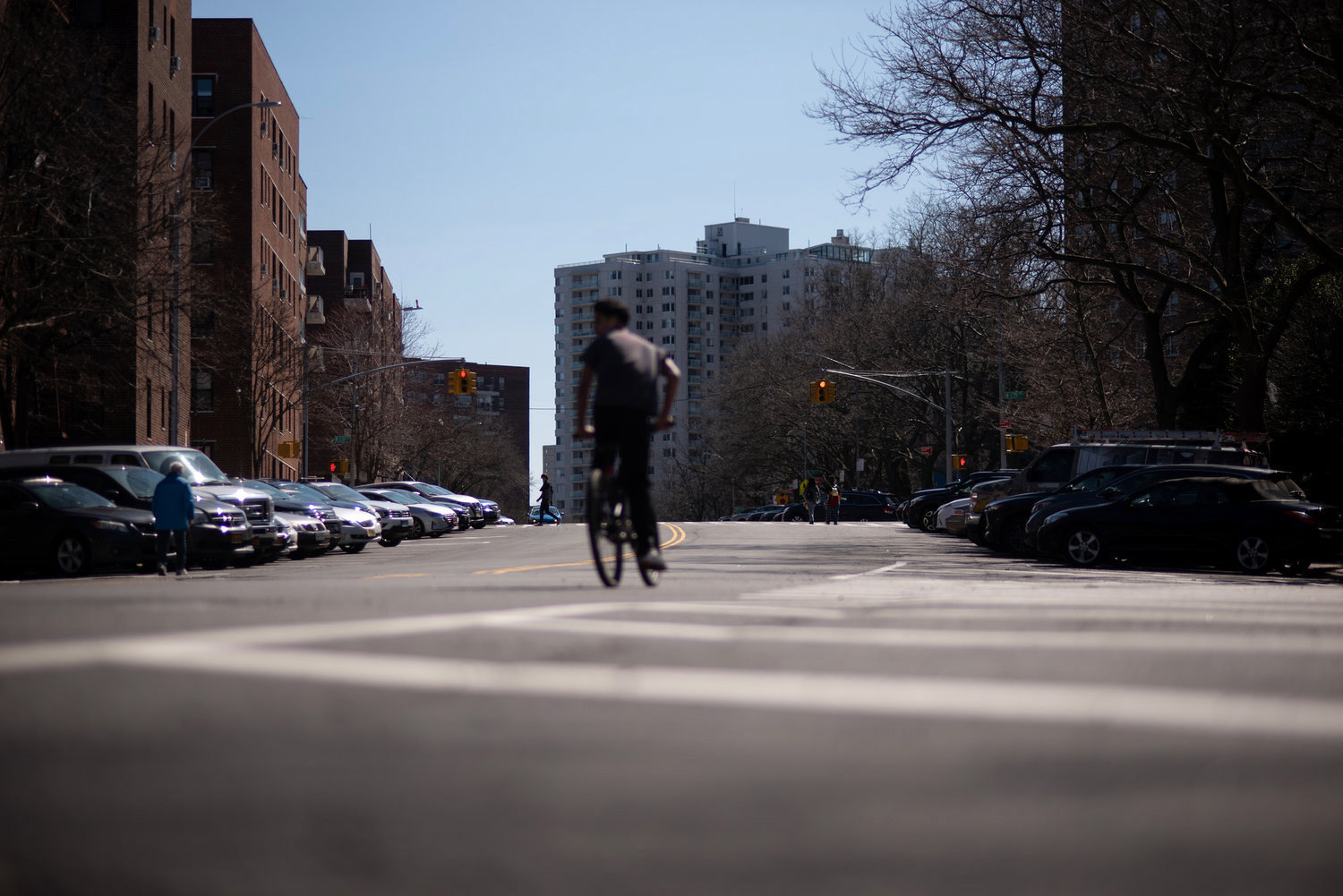 Community Board 8’s traffic and transportation committee held several meetings in the past in order to nip drag racing in the bud. However, the practice has made a comeback.
SKYLER REID/File
Previous Next
By Sachi McClendon

Illegal drag racing is making a comeback in Riverdale.

For the past three months, drivers have been assembling at Kennedy High School in Marble Hill most nights of the week, using the school’s parking lot as a starting line for races, according to one nearby resident.

“Sometimes it’s five to six cars,” said Harriet Griffin. “They all come in. They come in one at a time.” The lookout car is there every night flashing the headlights for them to come in as the cars then leave the parking lot and return about an hour later, she added. “This is daily. This is seven days a week.”

Sometimes the racing goes on until two or three in the morning.

And the noise made by the cars revving their engines is starting to drive Griffin insane, she says.

“It’s so bad because we can’t sleep with that popping noise. It sounds like someone’s shooting here,” she said, referring to the loud bang from a car’s muffler that often accompanies street racing.

Griffin said she’s tried everything she could think of to try and get the racers to stop, including calling 311 and 911. Griffin said the one time police officers came out, they sat in the parking lot with their lights flashing for about an hour. That kept the racers from gathering at the high school that night, but once the cops left the racers went right back to business as usual the next day.

The 50th Precinct told The Riverdale Press it is trying to clamp down on the issue. “That’s something that we do try to focus on,” said officer Mercedes Conejo. “Our neighborhood coordination officers are aware of it, and then they try to come out as much as possible.

“It’s an ongoing thing. It happens a lot more in the summer. It’s always at night. They just pick a place to meet up. And a lot of times they go over to Jerome (Avenue).”

Reckless driving and street racing in the area have been on-and-off problems for several years now. As The Press previously reported, drag racing became a more pressing problem during the summer of 2020, as the COVID pandemic swept through the country. All of sudden the roads were empty, and racers couldn’t resist the opportunity to turn the streets into their own personal racetrack.

At the time, much of the racing was occurring on Independence Avenue, which was later installed with speed bumps in order to deter the practice. That said, neighbors complained that the measure was hardly putting a dent in things.

During that spike in street racing, the community did come together to try and get a serious handle on the problem, hosting community board meetings on the topic and getting the city’s department of transportation to try and find a solution.

Even the Assemblyman in the area, Jeffrey Dinowitz, got involved, after he worked on a series of bills to get the reckless drivers off the road. One bill was to limit the allowable noise cars and motorcycles can emit by equipping police cars with decibel readers. This would allow law enforcement to ensure no car makes noise exceeding 60 decibels, and no motorcycle screeches above 95 decibels.

“If you ever hear those horribly loud noises of the cars on the highway, those mufflers are modified,” Dinowitz said at the time. “They can actually control, from within the car, to deliberately and specifically make that noise.”

A second bill would allow speed cameras to operate in the city’s school zones around the clock, rather than being shut off from 10 p.m. until 6 a.m. In fact, that legislation — or a similar version of it — passed in August of last year. However, while the speed cameras could act as a deterrent, they won’t stop racers dead in their tracks, like a more traditional police traffic stop would.

Griffin, for her part, just wants the drag racing to stop, whatever the cost.

“I’m fed up. I’m having anxiety attacks from all of this,” she said. “I can’t sleep if I can’t lay down to put my head on my pillow and go to sleep until somebody decides to stop having fun in a public place, that’s not right.”