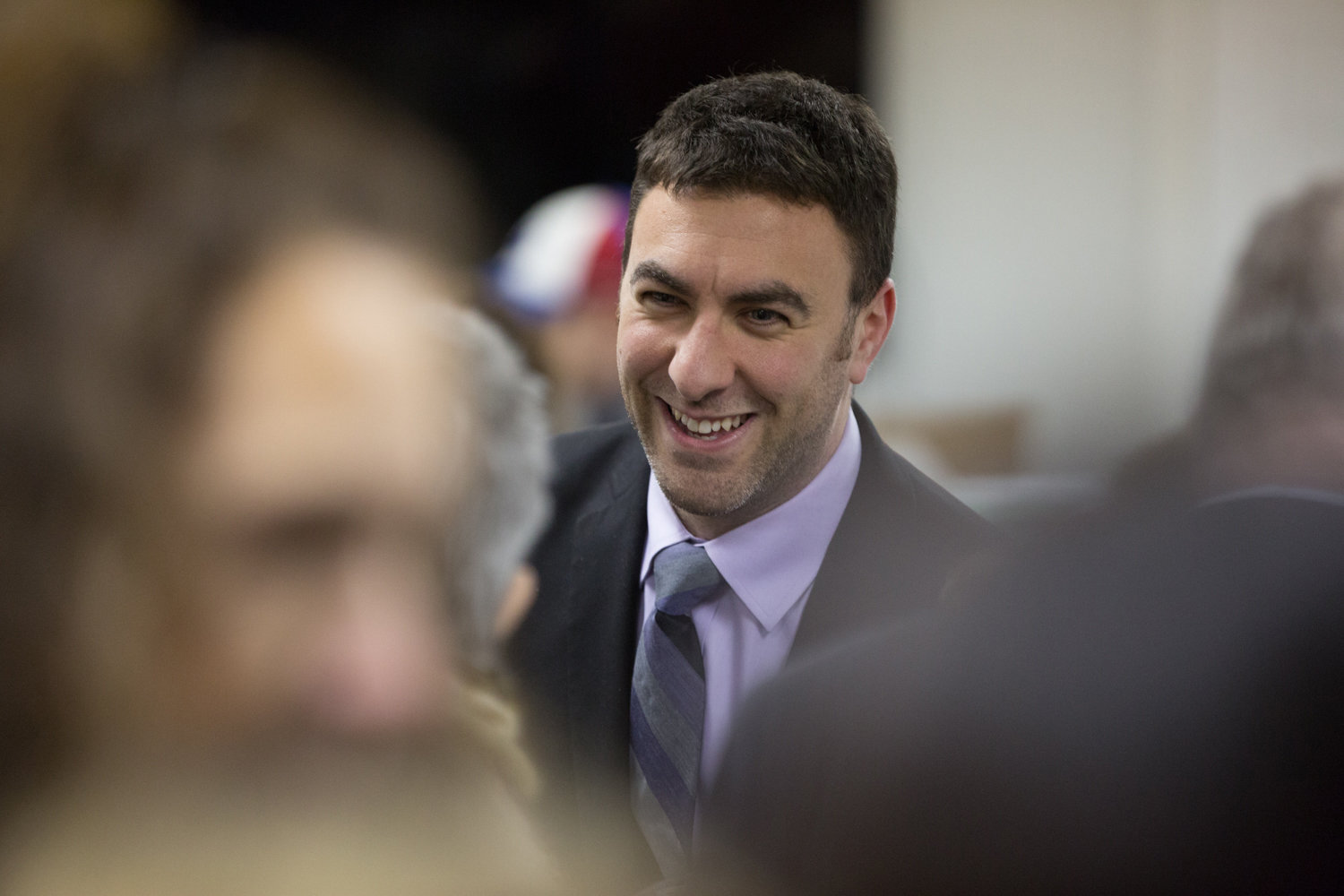 It might be a different kind of election on a totally different date, but that hasn’t seemed to change the outcome at all as Eric Dinowitz is expected to retain his city council seat for the next two years.

The councilman faced a host of challengers — many of them the same as who faced him in a March special election to replace Andrew Cohen — but despite improved numbers by Spuyten Duyvil theatre non-profit executive Mino Lora, there seems to be little standing in the way of Assemblyman Jeff Dinowitz’s son.

“For the second time in just a few months, I am encouraged by the support and enthusiasm of the North Bronx,” Dinowitz said in a statement. “While we await absentees and the ranked-choice process, we feel good about the in-person results, and eagerly wait every vote to be counted.”

Still, the younger Dinowitz will have to wait a bit longer for official word from city election officials as he once again failed to capture 50 percent of the vote in the first round — not unexpected with so many candidates in the race. That means ballots will be counted and counted again, eliminating low-ranked candidates and redistributing votes to those who remain.

So far — at least through last spring’s special elections — any candidate leading the vote heading into the ranked-choice count has ultimately claimed victory. That means Lora’s chances of overcoming Dinowitz in the vote redistribution are slim at best.

“Running for office has been exhilirating,” Lora said, in a statement. “I am extremely proud of the race we ran to provide representation in the city council for all the people of District 11. Like all of you, I look forward to seeing the final results.”

With 96 percent of scanners reported, Dinowitz captured 5,787 first-choice votes — enough for 42 percent overall. Lora had 3,746 votes, or 27 percent. That is a difference of 2,000 votes, which makes a Lora comeback unlikely. But not impossible.

There are still more than 4,100 potential votes on the table from a list of runners-up that begins with nearly 2,000 votes from Abigail Martin. None of the candidates linked their campaigns with each other as some did in the special election in March, but Lora would need about 75 percent of Martin’s secondary choices to go her way instead of Dinowitz’s.

“While the preliminary results are not what we were hoping to see tonight, I look forward to working with and supporting whoever is representing us at City Hall, and helping build a Bronx that is just and equitable for all,” Martin said in a statement.

Marcos Sierra and Carlton Berkley — who hailed from the eastern side of the Jerome Park Reservoir — collectively pulled in 600 votes. But where they could end up is not clear, especially since Sierra took aim at Lora in the closing weeks of the race.

Even if Lora were to secure many of those votes, it’s still a tall mountain to overcome, as she would have to finish ahead of Dinowitz on three-of-four ballots left over.

And these numbers don’t even include absentee, which could either provide Lora with some help, or give Dinowitz more than enough of a boost.

While turnout was more than the March special election, it wasn’t by much. In the end, Democrats will have pulled out close to the same number of voters they did for the last time there was a contested primary for this council seat in 2013.

While the city council district appears to be mostly locked up, the race for who will become the next borough president is far closer with Councilwoman Vanessa Gibson holding a 5-point lead over Councilman Fernando Cabrera.

Gibson has more than 31,700 first-choice votes with 90 percent of scanners reported, while Cabrera has 27,200.

The key to a Gibson victory could very well be Assemblywoman Nathalia Fernandez, who is out of the running with 14 percent of the vote, but has nearly 12,000 votes that could end up either way. Yet, the likely candidate those secondary votes might stick with is Gibson, since Fernandez campaigned heavily against Cabrera, primarily on his personal LGBTQ stance.

In the municipal court judges race — which is not decided through ranked-choice voting — Jessica Flores is certainly getting a spot on the bench. And it’s likely she will be joined by Verena Powell, who has a small but likely adequate lead over Yadhira Gonzalez-Taylor with 87 percent of scanners reported.

Mayor’s race is way too close to call

Brooklyn borough president Eric Adams proved to be a favorite among first-choice voters, capturing 31 percent of that vote. But he can’t sit comfortably at all, because Maya Wiley and Kathryn Garcia are not far behind.

With 90 percent of the scanners reported citywide, Wiley and Garcia have nearly 275,000 votes combined compared to the 203,000 from Adams.

That means if voters primarily took the route of giving Wiley and Garcia their first and second choices, there’s a very good chance New York City could swear in its first woman as mayor in January.

Finishing a distant fourth was former presidential candidate Andrew Yang who picked up more than 75,000 first-choice ballots, but that was only good enough for 12 percent.

Outgoing city comptroller Scott Stringer — who some at one time believed was the frontrunner in this race before allegations of sexual misconduct derailed his campaign — picked up just 35,000 votes, good for 5 percent.

Final tallies in many of these races — except for public advocate, which Jumaane Williams won outright — will take between one and two weeks to finally decide through the ranked-choice process. Councilman Dinowitz says maintaining this aspect of democracy is worth the wait.

“We learned from the special election that this process requires patience,” Dinowitz said, in a statement. “I look forward to seeing our support grow during the RCV process.”