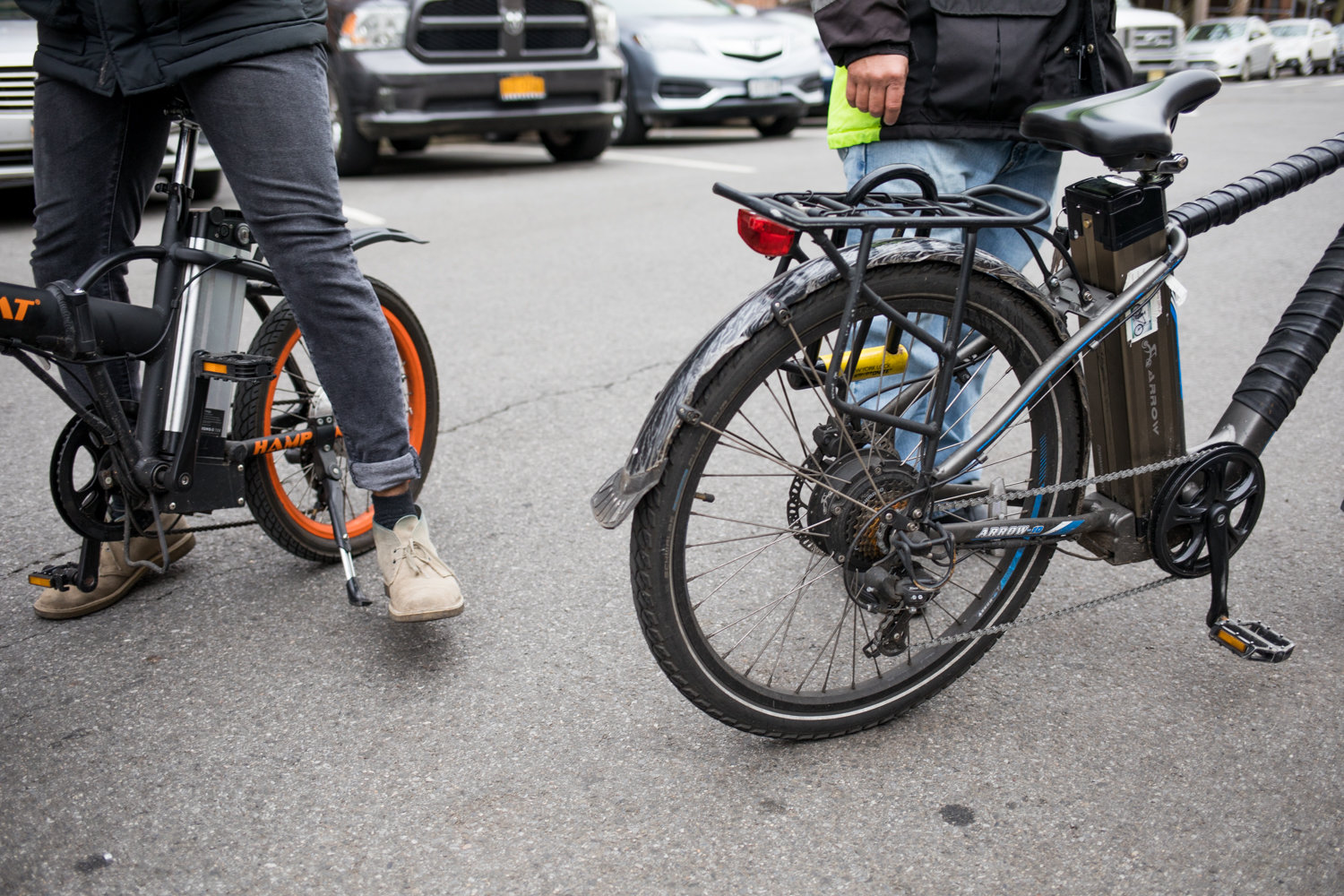 Electric bicycles are now legal on city streets thanks to the most recent New York state budget. Prior to this, New York’s food and package delivery workers could face legal action if caught operating e-bikes in the city.
JULIUS CONSTANTINE MOTAL / File 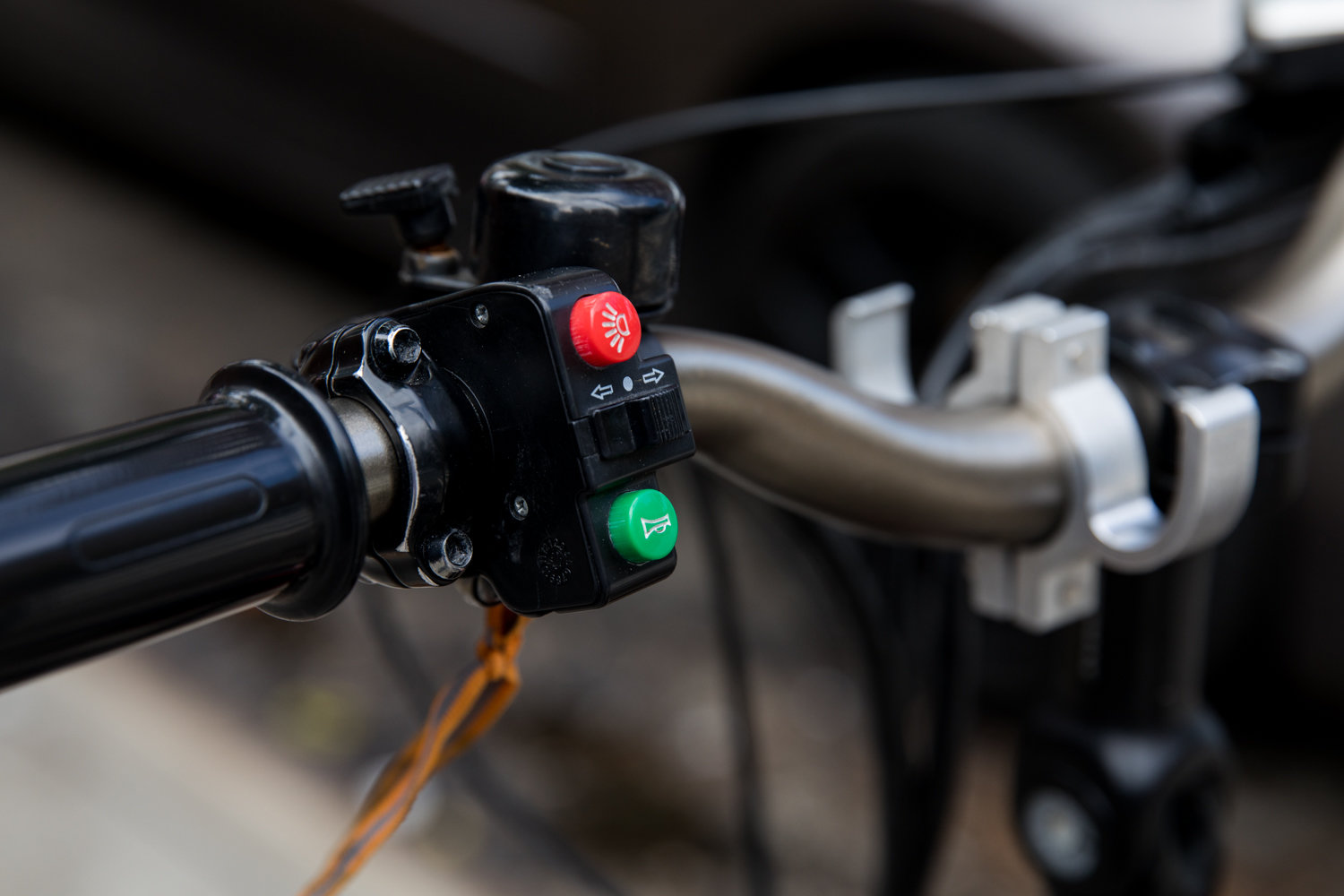 The state budget recently legalized electronic bicycles, which is a real game changer for some 50,000 delivery workers in New York City who could depend on them.
JULIUS CONSTANTINE MOTAL / File 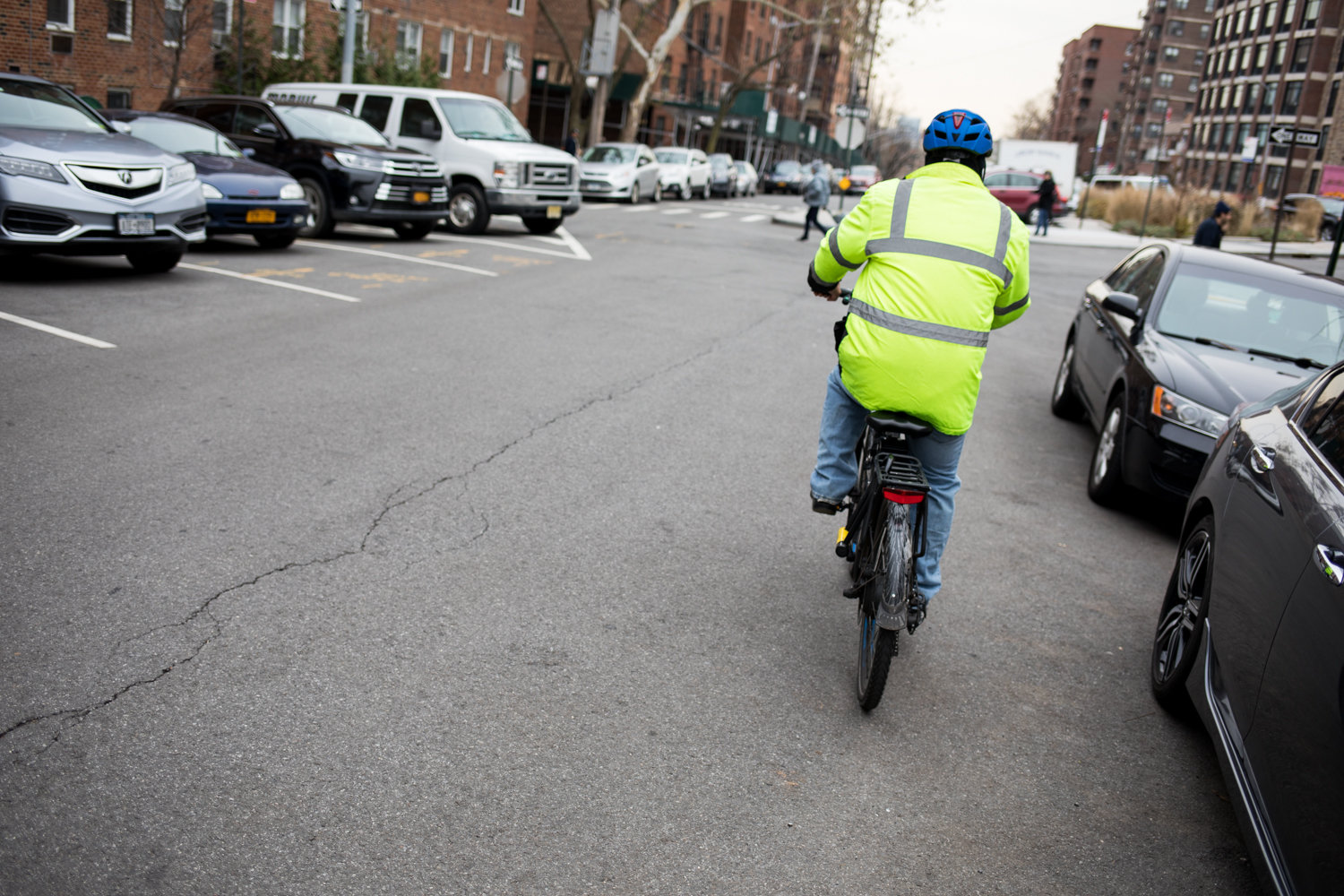 Electric bicycles are a popular transportation choice for delivery workers, but up until the passage of the recent state budget, they were illegal to ride. Now that’s no longer the case, thanks to the local push by Councilman Fernando Cabrera and others.
JULIUS CONSTANTINE MOTAL / File 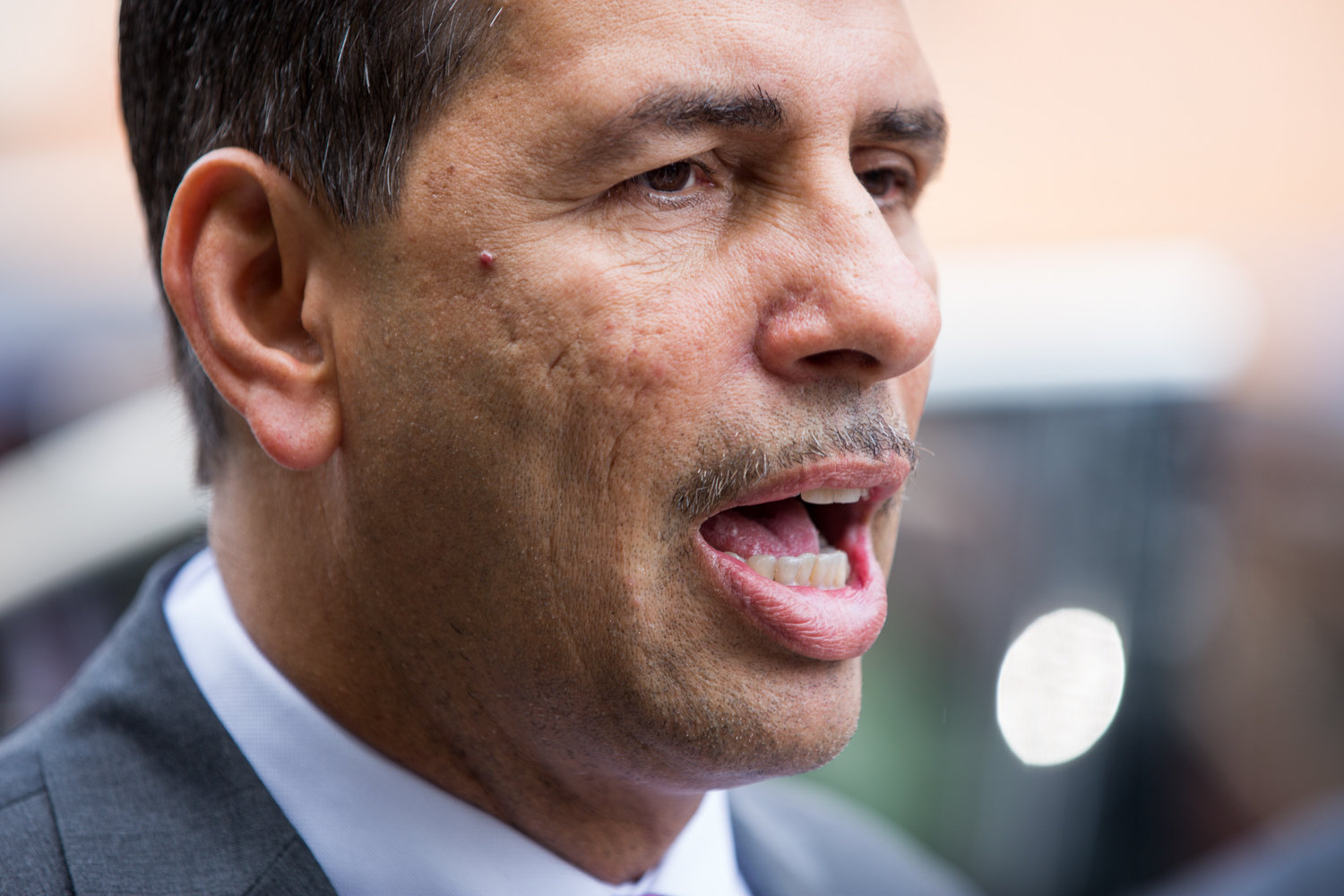 Councilman Fernando Cabrera was an early advocate for the legalization of e-bikes. In 2018, he was the primary sponsor of a city bill that sought to legalize e-bikes within the five boroughs.
JULIUS CONSTANTINE MOTAL / File
Previous Next

So many desperate delivery workers came out to support (the bill). Their testimony was heart-wrenching.”
Councilman Fernando Cabrera
By ROSE BRENNAN

Commonly overlooked in that list are the city’s nearly 50,000 delivery workers, armed not with N95 masks and face shields, but with tonight’s dinner — and likely an electronic bike.  That’s especially important in this part of the Bronx where communities are defined by steep hills that are not really friendly to traditional bicycles.

Before the coronavirus pandemic, however, delivery workers rode those e-bikes at their own risk, since it was illegal to use them. Anyone with a motor-assisted bicycle could face consequences ranging from fines to having their pricey bikes confiscated.

That changed on April 3 when legalizing e-bikes became one of the cornerstones of this year’s state budget.

The state budget removes a final roadblock in the legal status of e-bikes. Before the budget was hashed out between the governor and the legislature, it was legal to buy, own and sell e-bikes in New York. It was just illegal to actually ride one on a public street.

Yet that didn’t stop many of the city’s delivery workers from using them as a way to arrive at customers’ doorsteps as quickly and efficiently as possible.

But why would delivery workers use illegal methods of transportation to do their jobs? For those without cars, e-bikes can be speedier alternatives to regular bikes and walking. This is especially so for delivery workers, who want to drop off food, for example, before it gets cold, and return to a restaurant ready to deliver another, and collect more tips.

Councilman Fernando Cabrera never understood why the city had such issues with the bikes, even though critics feared the motors could create unsafe speeds for the riders and anyone in their path. In 2018, he pushed a city bill, known as Intro 1264, designed to make e-bikes legal in the city.

Intro 1264 never made it out of committee, and Cabrera could never get his fellow council members to fully address e-bikes in the city

The state budget, however, doesn’t give a blank check to e-bikes. Speeds on them are capped at 25 mph in cities with populations of at least a million — meaning, specifically, New York City.

The budget does leave it up to New York’s cities, towns and villages on how e-bikes will be regulated, including the “time, place and manner” of e-bike operation. These modifications can include reducing the maximum speed, requiring the use of helmets and reflective clothing, and even prohibiting the use of e-bikes altogether in certain areas.

Cabrera’s bill didn’t make allowances for such modifications since his law would have applied only to one city. Different parts of New York have different needs, he said, and in this case, what is good for the goose might not necessarily be good for the gander.

“The state legislature and Gov. Cuomo made a great decision in legalizing e-bikes in New York and leaving much of the regulation to local governments,” Cabrera said. “Each jurisdiction is different (and) has different traffic patterns, and so a ‘one size fits all’ law would not have been what we needed.”

Cabrera, however, wants to take the new legalization one step further — he wants the city to give back all the e-bikes its taken over recent years. And that could be significant, especially since electric bikes can cost as much as $1,500.

Once bikes are confiscated, many of the delivery workers were unable to afford replacements. And right now, especially with so many people depending on deliveries as part of the coronavirus pandemic lockdown of the state, Cabrera says getting those bikes back is more important than ever.

According to city comptroller Scott Stringer, the city has confiscated as many as 1,200 e-bikes over recent years.

Many also were fined hundreds of dollars — penalties that could never be returned. Cabrera said he saw the impact of such measures over the past couple years he’s fought to leglize e-bikes.

“When we introduced this bill in the council, so many desperate delivery workers came out to support it,” Cabrera said. “Their testimony was heart-wrenching.”