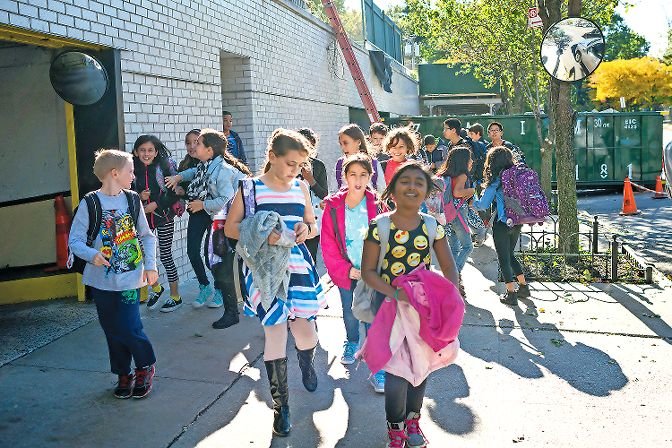 With the academic year slated to begin in just seven weeks, educators and administrators are pursuing several courses of action to make in-person instruction safe in the wake of the coronavirus pandemic. But they’ll have to go above and beyond to do so, especially for students with disabilities.
ADRIAN FUSSELL / File 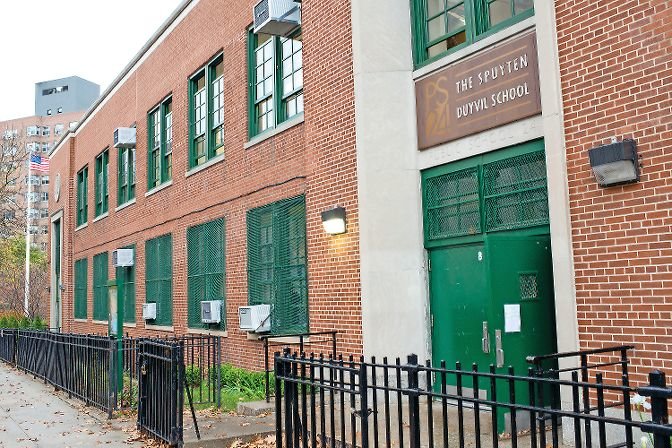 P.S. 24 Spuyten Duyvil is one of many city schools hoping to reopen this September. But schools throughout the city need to ensure they’re safe and accessible for all of their students, especially children with disabilities.
ADRIAN FUSSELL / File
Previous Next
By ROSE BRENNAN

New York City public schools were notorious for never closing, even when it snowed. But on March 23, that changed as the city — and the world — were ravaged by COVID-19.

Soon after, New York — both the city and the state — became the American epicenter of the coronavirus crisis. As the summer months approached, the city gradually began reopening, and questions arose regarding if and how some 1.1 million public school students could actually return to the classroom come fall.

Although it’s ultimately a decision of Gov. Andrew Cuomo, Mayor Bill de Blasio started his Fourth of July weekend announcing the country’s largest public school system would indeed reopen. He’s since provided more clarification, with some direction from the state, revealing students would attend school in-person three days per week at most.

Nevertheless, the city remains determined to return to a seemingly new normal. But it could spell trouble for a significant minority of students within the system: those with disabilities.

Nearly 1-in-5 students in the public school have a disability, according to the city’s education department. And many of these students will require additional resources for a seamless transition back to in-person learning — or they have needs which are difficult to meet while also abiding by social distancing guidelines.

One of the most common refrains of the pandemic is “wear a mask,” but even that might not be possible for some. For deaf and hard-of-hearing students, wearing a mask could interfere with lip-reading. It also can pose problems for students with sensory-related disabilities or respiratory illnesses.

Eric Dinowitz has a perspective of both a parent and a special education teacher. While he wants everyone to stay safe, he doesn’t think “othering” students with disabilities is the way to go about finding accommodations for them.

Morgan Evers’ two children shifted to remote learning models in mid-March. The abrupt change caused a mixed reaction from her children, one of whom did well in the online environment, and the other who struggled more.

“My younger one really benefited from a lot of live meetings with teachers,” Evers said. “And my older one ... was able to work independently, but he definitely had a lot of technical hiccups using the platform.”

In the fall, both of Evers’ children will attend P.S. 24 Spuyten Duyvil: One in the third grade, the other in kindergarten. Her younger son will receive physical therapy services, but Evers is unsure how that will happen while the school is practicing social distancing.

Physical therapists “guided him through things: holding his hand, picking up his leg,” Evers said. “It’s definitely going to be a huge challenge, especially for younger kids who might not understand.”

Right now, P.S. 24 is leaning toward a hybrid model for its academic year, meaning students will learn both in-person and remotely. While the school faced challenges during remote learning this past spring, P.S. 24 principal Steven Schwartz understood it would hit everyone differently.

“We have 850 different families and 850 different situations in terms of how COVID-19 impacted our community,” he said. “The perseverance that my community showed during this time was truly remarkable, but not surprising.”

Dinowitz believes the schools’ priorities should be social-emotional learning and mental health. This is especially so for students who require extra in-person support from their teachers and other staff members, such as students with disabilities.

“That being taken away from them not only hurts them academically, but hurts them mentally and emotionally,” Dinowitz said. “It makes it a lot harder for children with disabilities to succeed.”

City comptroller Scott Stringer recently provided a series of recommendations which he said would provide the safest environment for in-person instruction.

Among these recommendations were employing at least one full-time nurse, guidance counselor and social worker in every school to respond to the physical and emotional health needs of its students.

But increased support services mean increased financial needs. Stringer’s recommendations might be possible to implement in some schools, Evers warned, but not others. She teaches in a private school, which has more monetary resources and options than a city public school might have.

My school “will be able to buy any equipment they need: Partitions, masks, (personal protective equipment), anything that’s needed,” Evers said. “Because of all the cuts New York City schools had to endure, I really question if they’re going to be able to reopen.”

Schwartz believes P.S. 24 can — and should — as he itches to get back to a semblance of normal. But he also recognizes there’s a lot of work to be done if the school is to be made safe and accessible to everyone in just weeks.

“If schools are going to be successful in this hefty task, especially when thinking about students with disabilities,” Schwartz said, “we need time, funding and quick, clear guidelines.”