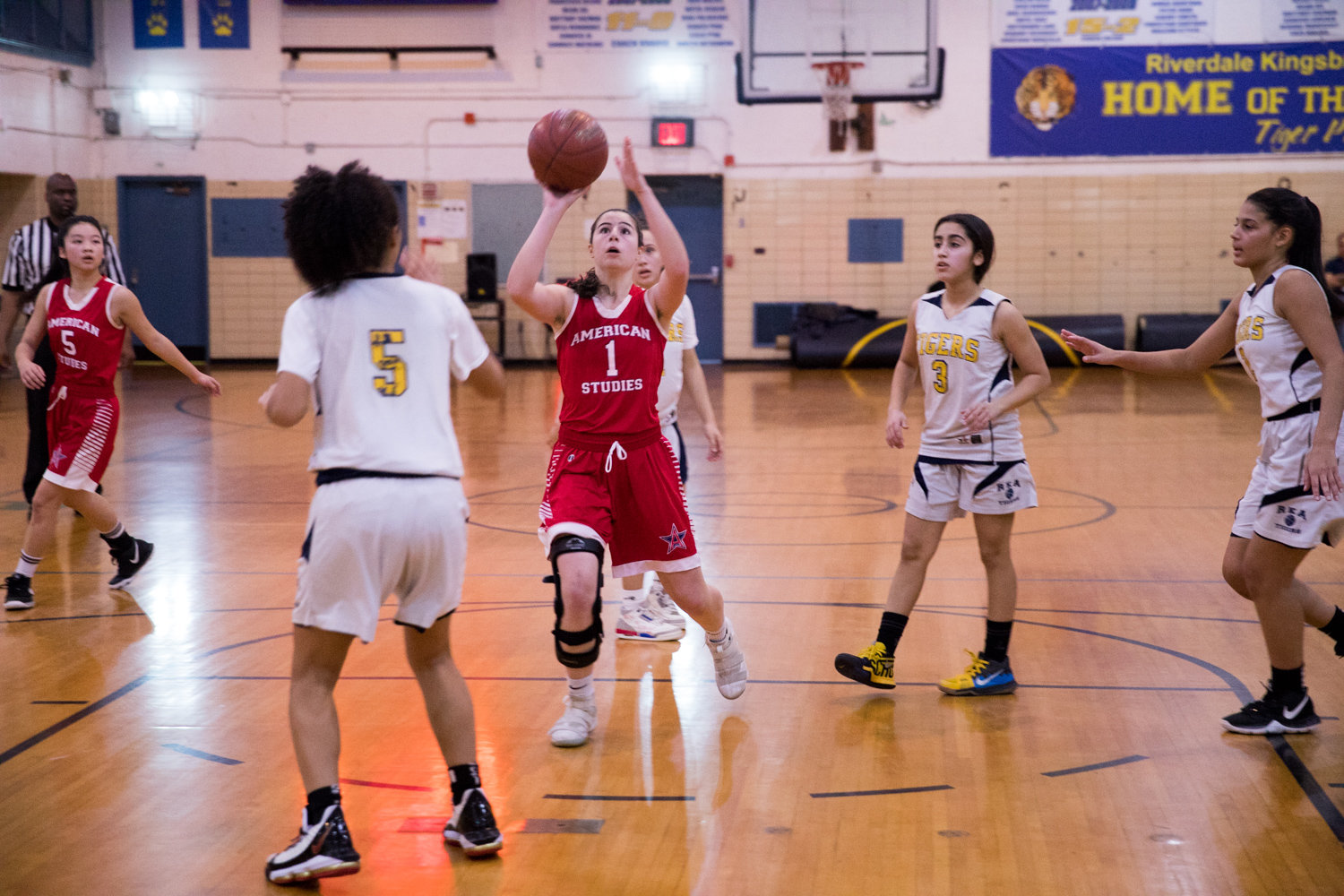 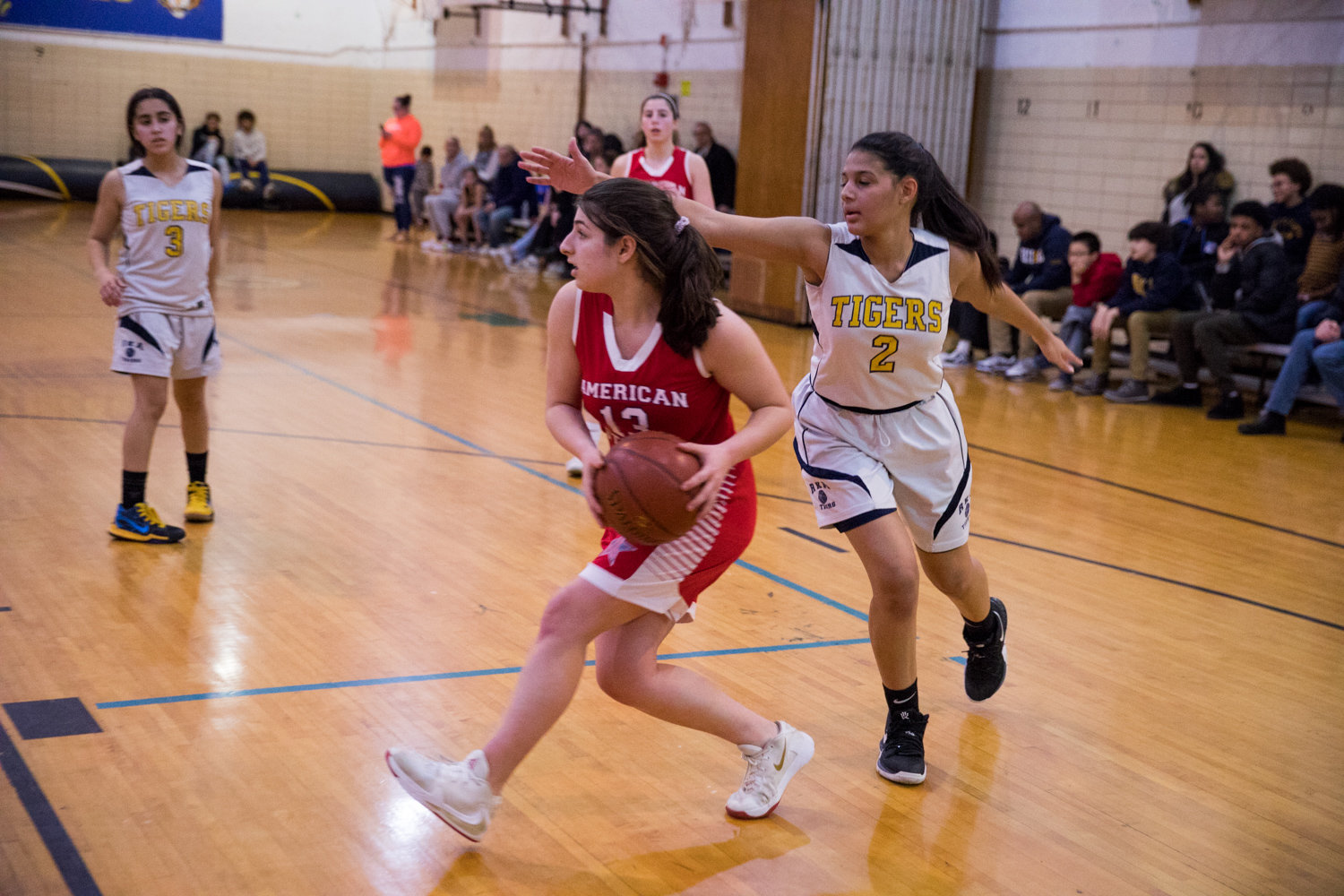 American Studies’ narrow, two-point loss to Gompers in the regular-season finale did more than cost the Senators the Bronx B West Division title. It cost them a high seed in the Public School Athletic League playoffs, and the chance to host multiple home games.

Instead of a top 10 seed in the postseason, the Senators landed the No. 20 spot. It was good enough to host one home playoff game. But if American Studies is destined to make a spirited run through this PSAL postseason party, the bulk of those wins are going to have to come away from the Old Gym Building at Lehman College.

So when the Senators took the court last Monday in their first-round battle with Career Health Academy out of Washington Heights, the old gym was humming with a raucous American Studies student body on hand.

And they didn’t leave disappointed.

The Senators’ defense was at its suffocating best as they allowed the 45th-seeded Lady Phoenix just two first-half field goals as American Studies built a 15-point halftime lead before cruising to a convincing 45-23 victory. Defense has been the Senators’ calling card this season, and head coach Ryan Hondorf said it’s what’s going to carry them for as long as they remain alive in the postseason.

“In the locker room before the game, I said we just need to do what got us here, and that’s defense,” Hondorf said. “So our defense was definitely working early.”

American Studies (16-3) jumped out to a 12-4 lead after the first quarter as the Lady Phoenix looked confused with how to deal with the Senators stifling defense. Midway through the second quarter, they still hadn’t figured things out, and after American Studies’ senior Emily Eljamal converted a layup with just over a minute to play before halftime, the Senators’ lead had ballooned to 23-8.

A bucket by Krissary Guzman finally got the Lady Phoenix into double digits, but Senators senior Jacqui Harari nailed a jumper just before the end of the half, allowing the Senators to walk off up 25-10 at intermission.

“We knew it wasn’t going to be a game like last year’s first-round game,” Harari said, referring to the Senators’ three-point win over Harlem Village. “So we just brought our ‘A’ game, and it worked out well.”

Things got a tad sticky for the Senators in the third quarter, however. After a basket by Eljamal gave American Studies a 29-10 cushion, the Senators took their foot off the gas and allowed the Lady Phoenix to creep back into the game. Health Academy used an 11-2 run to close out the third, pulling in within 10. That got Hondorf’s attention.

“I got a little nervous there,” Hondorf said. “So I called a timeout to kind of settle them down, and they responded well.”

Harari opened the fourth quarter with a jumper. Alexis Guberman added a layup, and then two straight baskets by Eljamal followed by another from Harari opened things up again for American Studies as the lead was back up to 18 points (41-23). And the Lady Phoenix were done.

Eljamal logged 21 points while Harari finished with 12 for American Studies.

“We got into a little bit of foul trouble” in the third quarter, Eljamal said. “But I thought we had things in control. Before the game, it was a little nerve wracking, but once we got into the swing of things, we knew we were capable of winning the game and that we were going to win the game. We just wanted it more.”

The victory was also special to both Harari and Eljamal as it was most likely the final home game of their careers.

“It was a nice way to say goodbye,” Eljamal said. “I did think about it before I came on the court, that this would be our last home game. But it feels good knowing I put everything out there. I had a good game and I helped the team win.”

American Studies moves on to face the winner of the Inwood Academy-Achievement First Brooklyn High School on Feb. 13. Inwood, seeded 13th in the tournament, was the heavy favorite to advance.

But Hondorf just wants to ride his seniors for as long as he can during their final season.

“We haven’t spoken that much about it, but we all know,” Hondorf said. “We’re just trying to play as many games as we can while we have this time together. It’s definitely in the back of our minds and we don’t want this to end. So we’re going to just try and do our best to keep playing.”