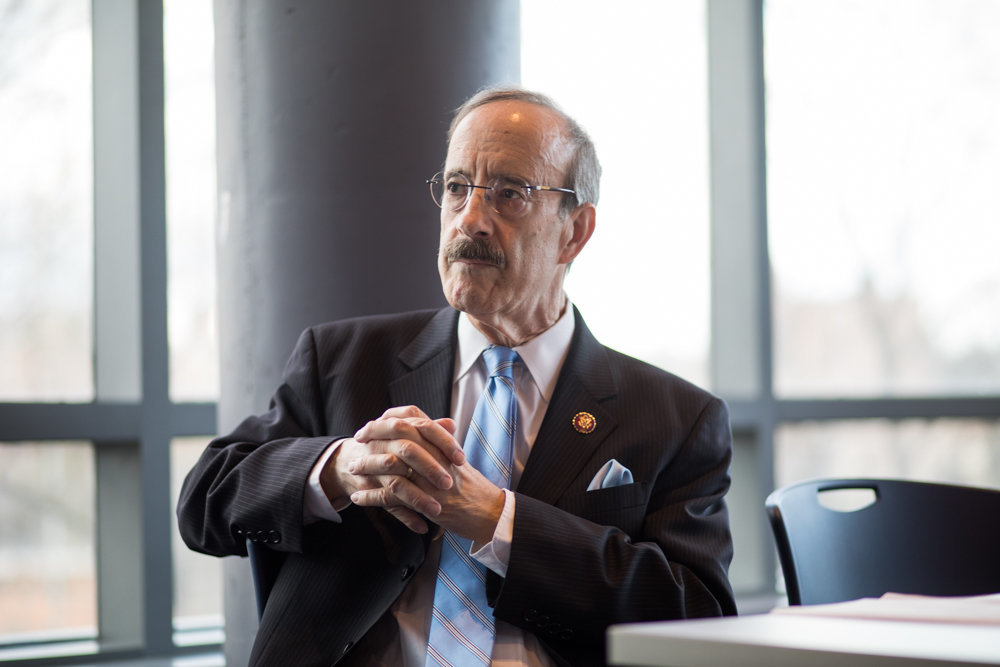 The federal government has rolled out two rounds of the Paycheck Protection Program — providing small businesses with money to keep employees paid and employed while preventing layoffs and furloughs — but hasn’t done much for housing co-operatives, which U.S. Rep. Eliot Engel says have been left out in the cold.

The congressman shared the struggles co-ops are having in getting funds in a letter to House leaders early in May, saying that “tens of thousands of families” call co-ops home in his district, which includes the northern part of the Bronx and parts of Westchester County, including Yonkers and New Rochelle.

“New York state has been the epicenter for the COVID-19 outbreak in our country, and has sadly seen the greatest loss of life,” Engel said. “My district specifically has seen immense hardship as it was the first hotspot in the nation. We are a strong community, but need further federal assistance.”

Paycheck protection funds, which are distributed by the U.S. Small Business Administration, ran dry quickly in the first round in April, leaving thousands of New York businesses without any chance to collect. While many of those businesses ultimately received money in the second round, it had always been unclear whether co-ops were eligible for money, said Charles Zsebedics, general manager at the Amalgamated Housing Corp.

“When the PPP first came out, there was a mad rush to interpret it and understand it,” he said. “And myself, and board members, and our attorneys and accountant were trying to figure it out.”

They thought they were in the clear, Zsebedics said, until the following week, when lawyers had more time to sift through the language of the legislation. Those lawyers started posting messages online that co-ops were likely not eligible for money.

“The co-operatives themselves — which have employees and operating expenses just like any small business — should be eligible for the same relief made available to other small businesses,” Engel said, in the letter. “That includes the Paycheck Protection Program and other loans administered by the Small Business Administration.”

Depending on the size of the building, or buildings, co-ops usually employ at least one superintendent and a porter, Zsebedics said.

“In terms of Amalgamated and Park Reservoir, which is the other housing co-operative that we manage, we have a total of 15 buildings,” he said. “So I have a total of 120 staff. Management staff, and then we have maintenance workers, plasterers, painters, boiler crews, gardening, and so on and so forth.”

Engel kicked his request up a notch May 26, when he and other members of the New York delegation reached out directly to U.S. Treasury Secretary Steven Mnuchin and SBA Administrator Jovita Carranza, asking for clearer guidance on funding for co-ops.

“Lost or deferred co-operatives fees from its member-owners, coupled with increases in utilities due to stay-at-home orders, have made it increasingly difficult for these co-operatives to maintain their employees,” lawmakers wrote.

The Amalgamated is not currently dealing with the severe financial hardship many others have faced, Zsebedics said, but the board of directors would continue to lobby for co-ops to be included in PPP, as they have been doing since the start of the pandemic.

“We’re anticipating the worst, hoping for the best,” he said. “We don’t know how this is all going to fall out. It is contingent, to some extent, (on) how fast we can open up and how safely we can do it.

“It’s yet to be seen what the final outcome is going to be, so I think everyone is watching and preparing, and that’s why the PPP is very important to co-ops.”