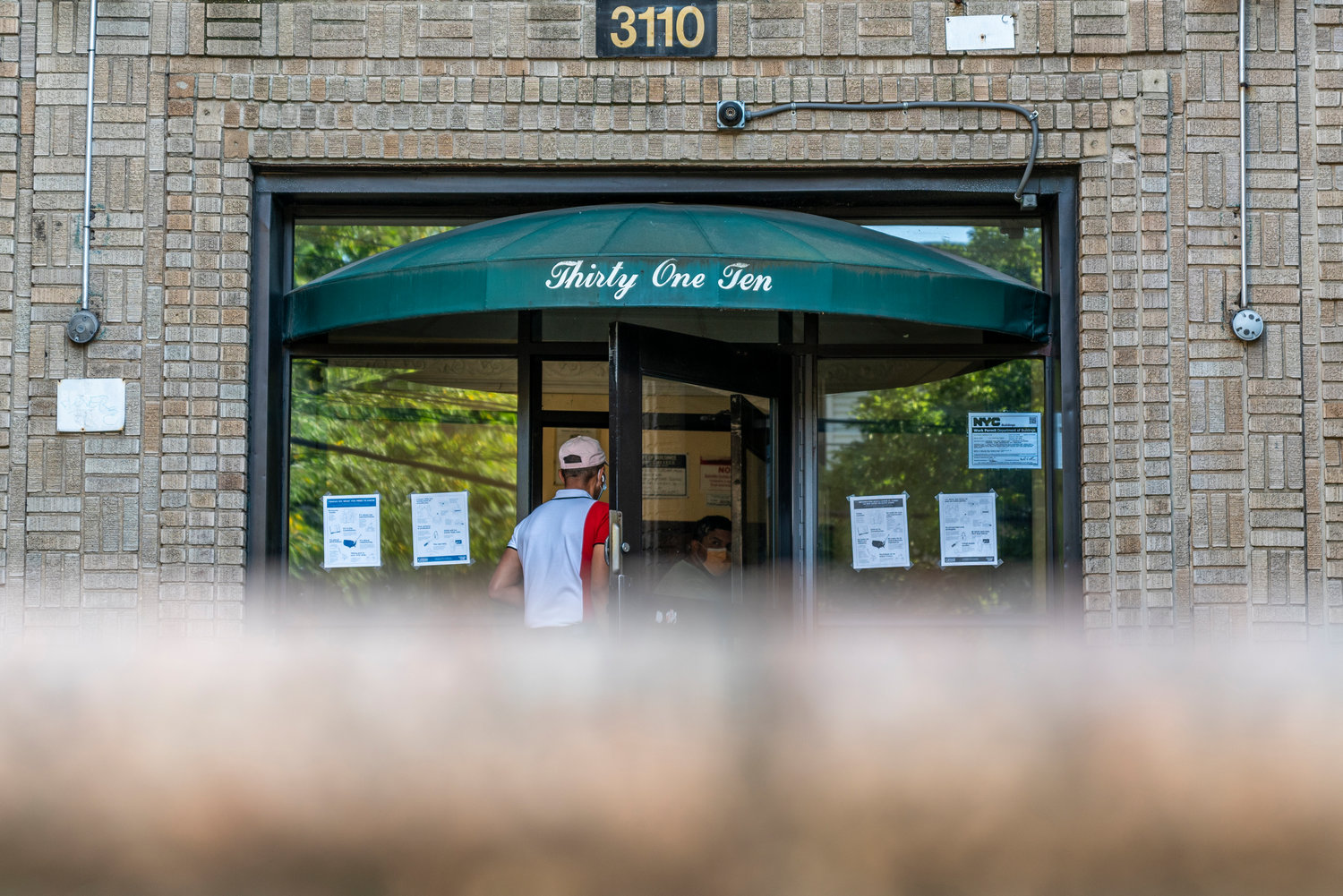 There have been four evictions at 3110 Kingsbridge Terrace in the last two years, according to city data — four of more than 800 evictions taking place in this part of the Bronx over the last two years. The pandemic is bringing evictions to light, but they’re not new to tenants.
HIRAM ALEJANDRO DURÁN 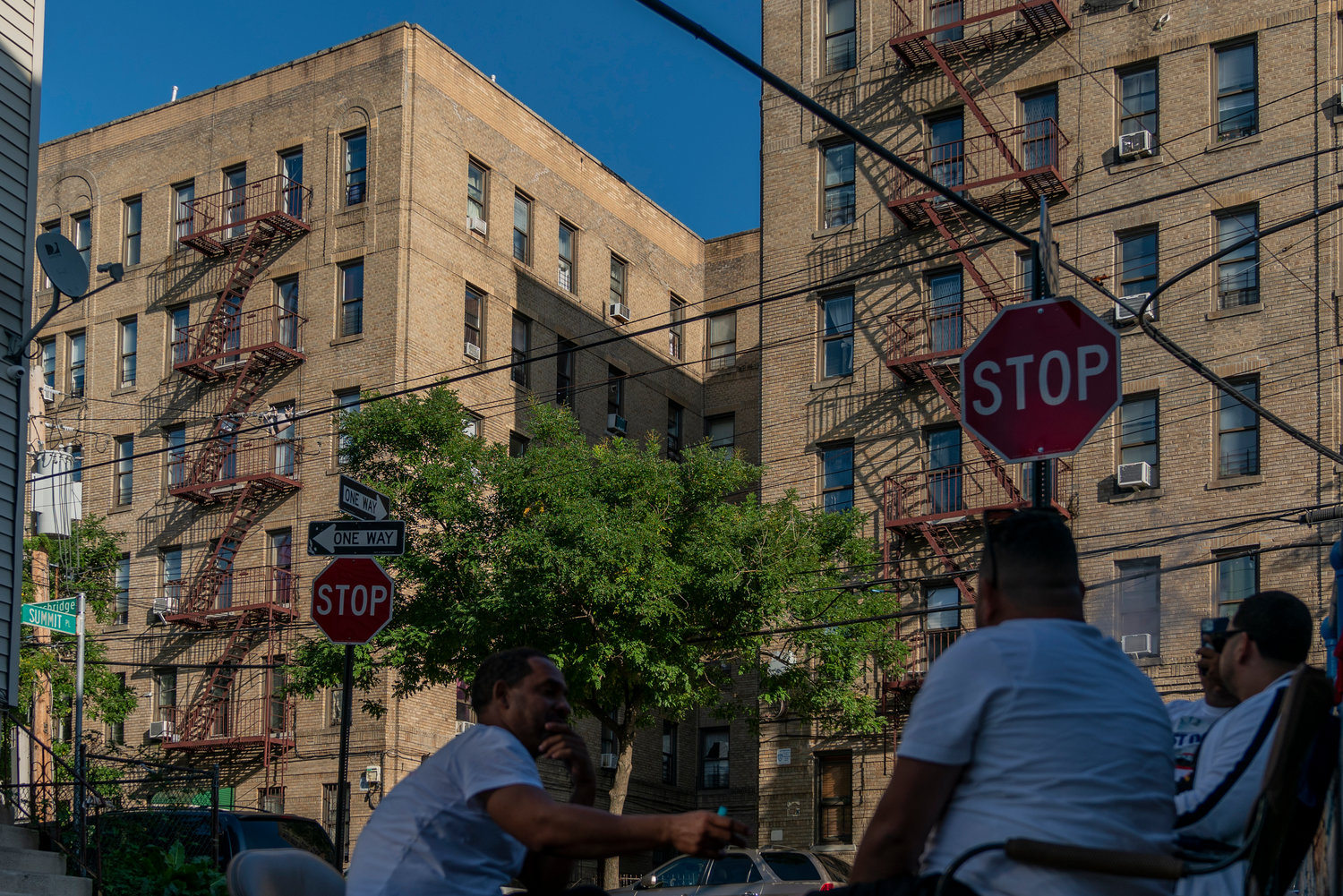 Hundreds of people are evicted across the city each year, including four over the last two years at 3110 Kingsbridge Terrace, according to city data. There’s no information about why these evictions happened, but it’s unlikely that anyone else will be evicted this year as eviction moratoriums continue to be extended.
HIRAM ALEJANDRO DURÁN 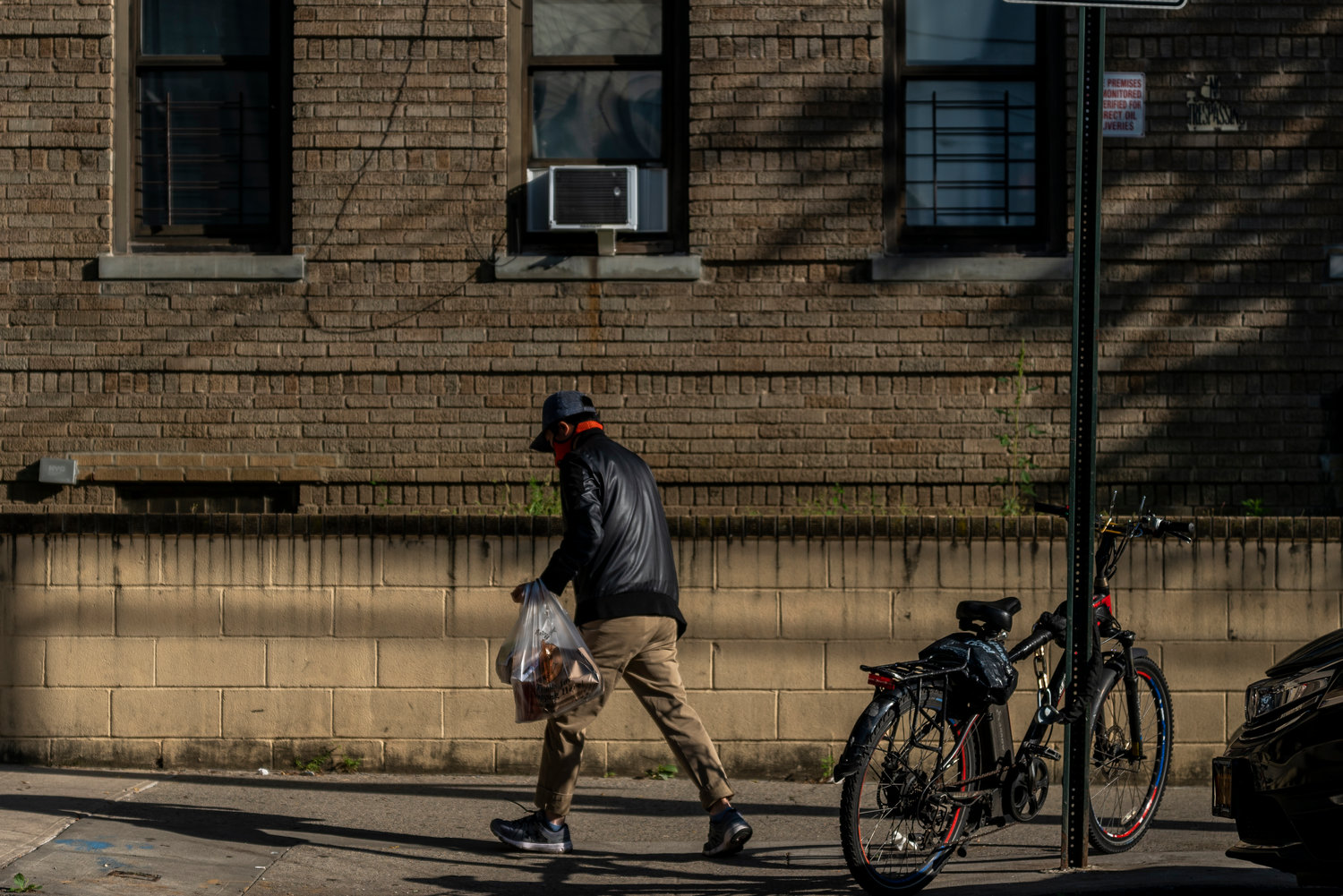 There have been four evictions over two years at 3110 Kingsbridge Terrace. Although a relatively small number, the evictions represent an ongoing issue in the background of the minds of many people, highlighted even more by the coronavirus pandemic.
HIRAM ALEJANDRO DURÁN 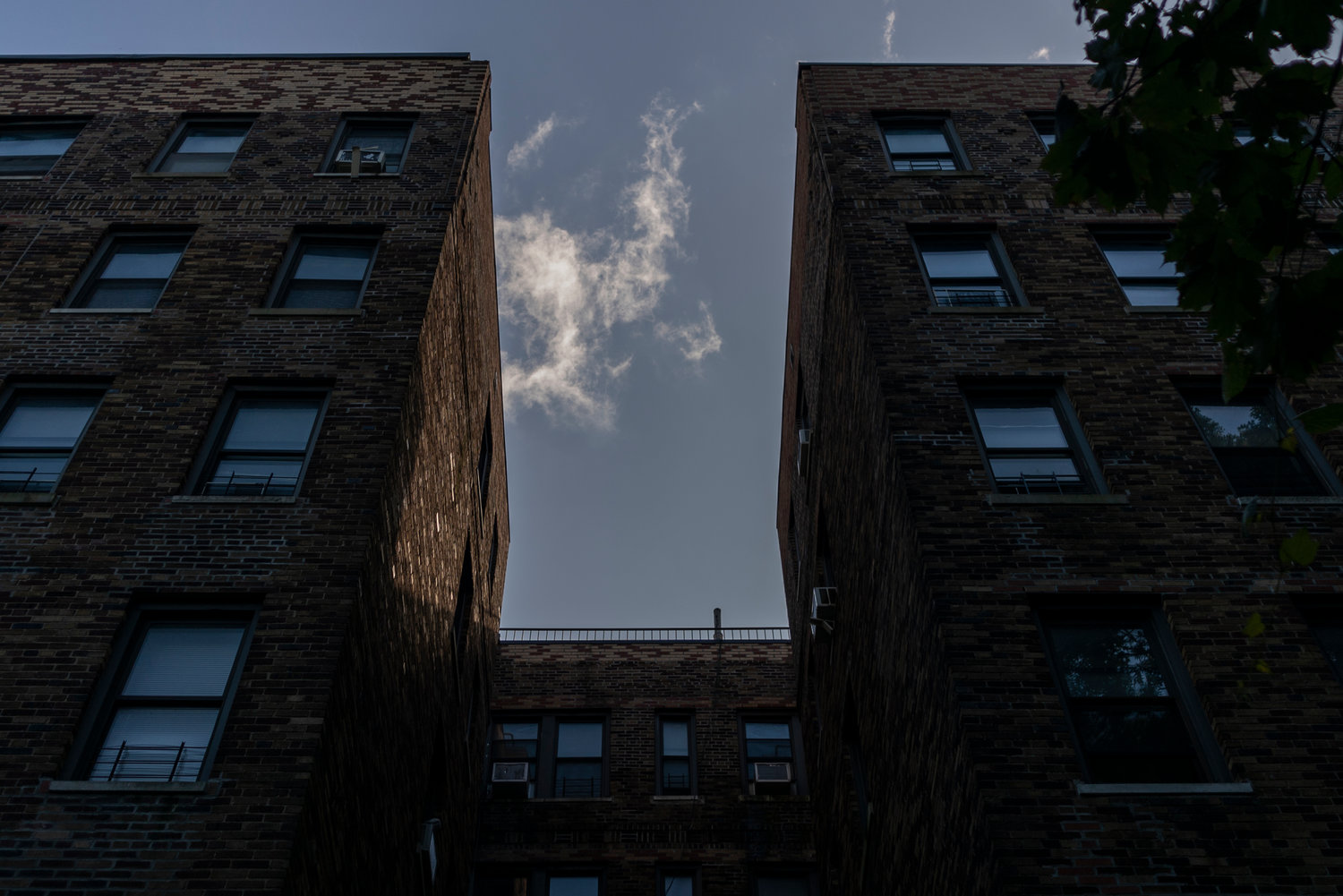 Apartments at 210 W. 262nd St. have seen six evictions over the last two years. While evictions have been in the news as housing activists advocate for extended eviction moratoriums, they’re nothing new for thousands of people across the city.
HIRAM ALEJANDRO DURÁN 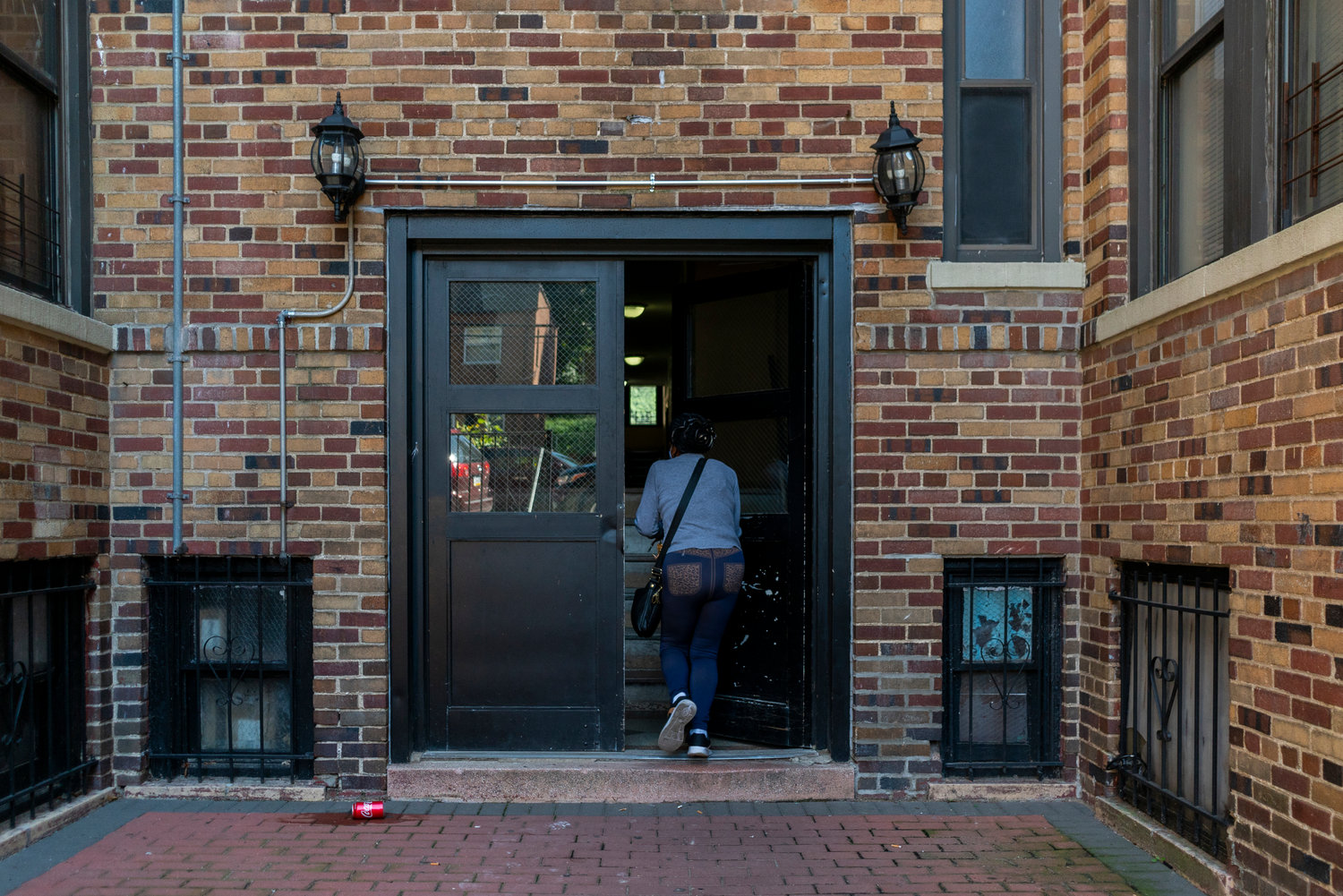 The apartment building at 210 W 262 St., along Broadway, evicted six tenants over the last two years, according to city data. More than 800 people were evicted in this part of the Bronx since 2018, an issue highlighted by the coronavirus pandemic.
HIRAM ALEJANDRO DURÁN 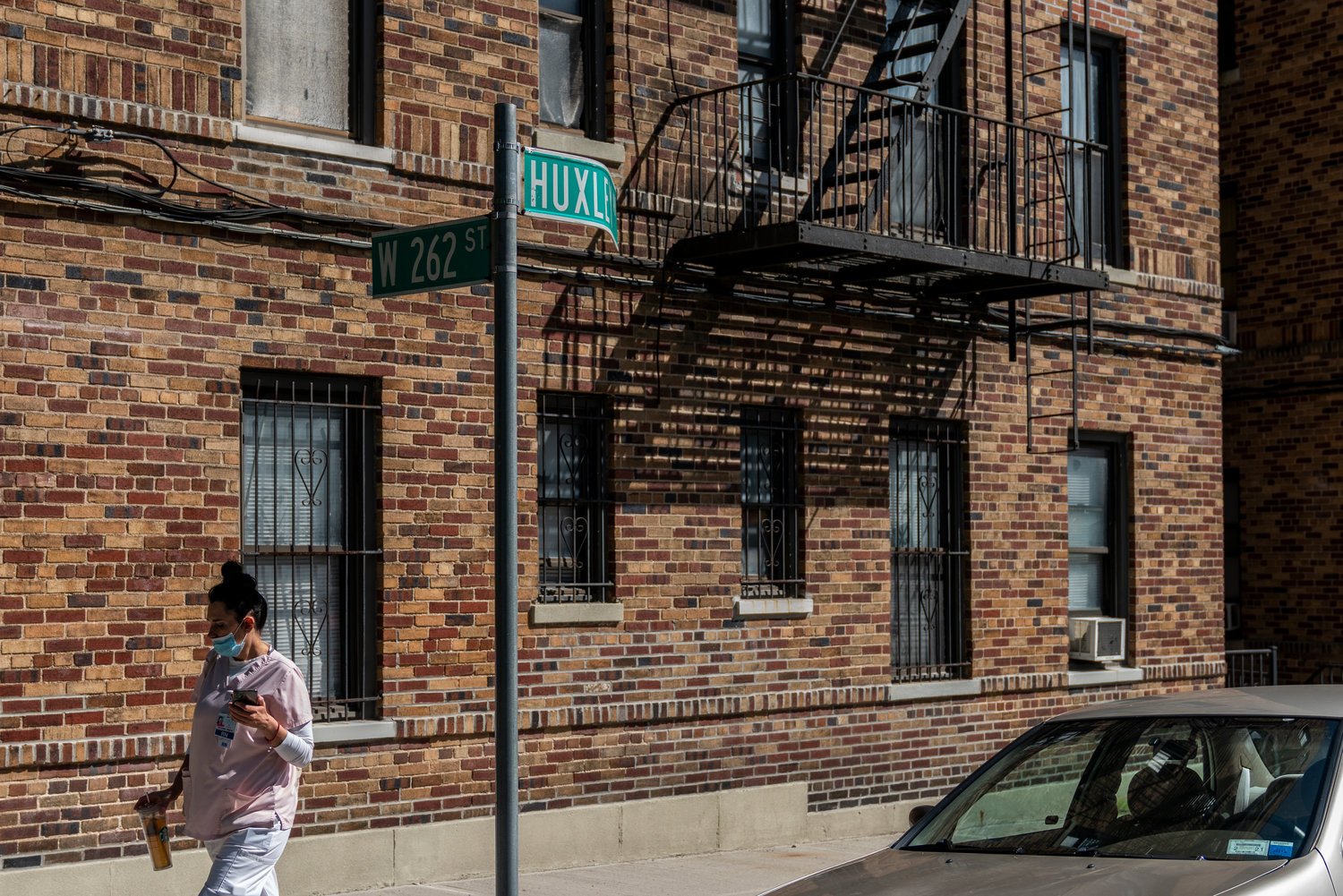 Six tenants have been evicted from apartments at 210 W. 262nd St. since 2018, and 10 more were evicted in 2017. Housing activists are standing up for tenants as thousands struggle to pay rent during the pandemic, but the issue is not unique to 2020.
HIRAM ALEJANDRO DURÁN
Previous Next
Where are they happening?

There were more than 800 evictions over a 14-month period in this part of the Bronx, but where did they take place?

“It is Wavecrest’s top priority to keep residents safely and affordably in their homes,” said Susan Camrata, the company’s chief financial officer. “We have no financial incentive for eviction, especially as the vast majority of our buildings are income-restricted.”

In fact, Camrata added, 2775 Kingsbridge Terrace is a rent-stabilized building with “no current evictions pending,” — although that’s not surprising since there is a statewide moratorium on evictions related to the coronavirus pandemic. Gov. Andrew Cuomo extended that moratorium to Oct. 20 on Monday.

According to a 2017 study by the Regional Plan Association, the Bronx had both the highest percentage of “very low-income” renter households and the highest number of households spending more than 30 percent of their income on rent.

It’s been a rallying cry across the city — and across the state — for months. “Cancel rent,” “cancel mortgages,” “stop evictions.”

There are more than 5 million renters in New York City, paying a median of $2,700 for a one-bedroom apartment according to Zumper.com. That’s the second highest in the entire country, and rent prices have been falling as the city struggles to deal with the coronavirus pandemic.

Residential and commercial tenants alike have struggled to pay rent during the health crisis, with the city’s unemployment rate at 16 percent, according to the state’s labor department. It’s an improvement over July, when nearly 20 percent of job-seekers were out of luck, but still much higher than the rest of New York state.

Activists warn that thousands of people could face evictions when the statewide moratorium comes to an end — something that’s currently slated to happen Oct. 20, Gov. Andrew Cuomo declared on Monday.

But, while evictions have been in the news and on the minds of renters for the last seven months, it’s not exactly a new issue. For some, being removed from their apartment might feel like something that only happens in pop culture, or to that downstairs neighbor who was sort of rude anyway. But thousands of people face evictions each year, sometimes completely out of their control. And many times, they have nowhere else to go.

The city has charted more than 66,000 evictions since 2016, with the Bronx leading the way with a third of them. For ZIP code 10463, which includes Kingsbridge and Spuyten Duyvil, there were nearly 640 evictions over a three-year period. For 10471, which includes the wealthier Riverdale and Fieldston neighborhoods, evictions were a tad above 125.

Yet it can be difficult to contextualize such numbers, so activist Katelin Penner saw another way to break up the data — by government representative.

According to stopevictionsnyc.com, more than 480 tenants were evicted in Assemblyman Jeff Dinowitz’s district from the beginning of 2019 to this past March. That includes the greater Riverdale area, Kingsbridge, and parts of Woodlawn Heights, Wakefield and Norwood. The neighboring district represented by Assemblywoman Nathalia Fernandez, which also includes Norwood alongside Pelham Gardens and Allerton, saw just under 500 in the same time period.

Dinowitz’s Tenant Safe Harbor Act, which was signed into law by Cuomo in June, intends to protect tenants struggling financially as a result of the pandemic from evictions by allowing tenants who haven’t paid rent to use that financial hardship as a defense in court, should their landlords try to evict them.

The statewide eviction moratorium, currently set to expire Oct. 1 covers all tenants, and prevents any eviction taking place, even if a tenant wasn’t paying rent in January. The Safe Harbor Act covers tenants who can prove their financial hardship is a result of the pandemic, and doesn’t cover any nonpayment of rent prior to March 7.

“I wish we could have gotten a law passed that would prevent all evictions for obvious reasons,” Dinowitz said. “But we did what we were able to do, and I think this is a very far-reaching law that will cover most potential targets of evictions.”

While state lawmakers have tried to figure out how to implement stronger eviction protections in the past, Dinowitz said, nothing ironclad has been passed.

Julie Colon, an organizer at the Northwest Bronx Community and Clergy Coalition, is worried about evictions year-round. She’s one of hundreds of housing activists calling for more complete protections for tenants struggling to pay rent during the pandemic.

Most people don’t know what rights they have with regard to their housing, even in normal years, Colon said. They’re entitled to free counsel in housing court — a program that has been successful in keeping people in their homes after eviction proceedings.

Even as eviction proceedings are starting, many tenants are afraid of their landlords, some of whom may target them outside the courtroom — especially since they know where they live.

“Sometimes the landlords will start to harass you, so you have that added stress on top of you as well,” Colon said. “You kind of lose sight of what to do, and that fear takes hold of you. I’ve seen tenants just get tricked or get pressured into signing stipulations that end up leading to their eviction later down the road.”

While it’s easy for people feeling comfortable in their living situation to forget about evictions, it’s something Colon believes should be on everybody’s mind.

“You never know when it’s you that’s going to lose your job and not have enough money to pay the rent,” she said. “And the people who have a predatory landlord, one month you’re getting papers, you’re getting a rent statement saying that you owe money, and you’re going to start worrying about it.”