Ellen had a stable home and a new baby, but all of that changed in a single instant — an experience she won't forget 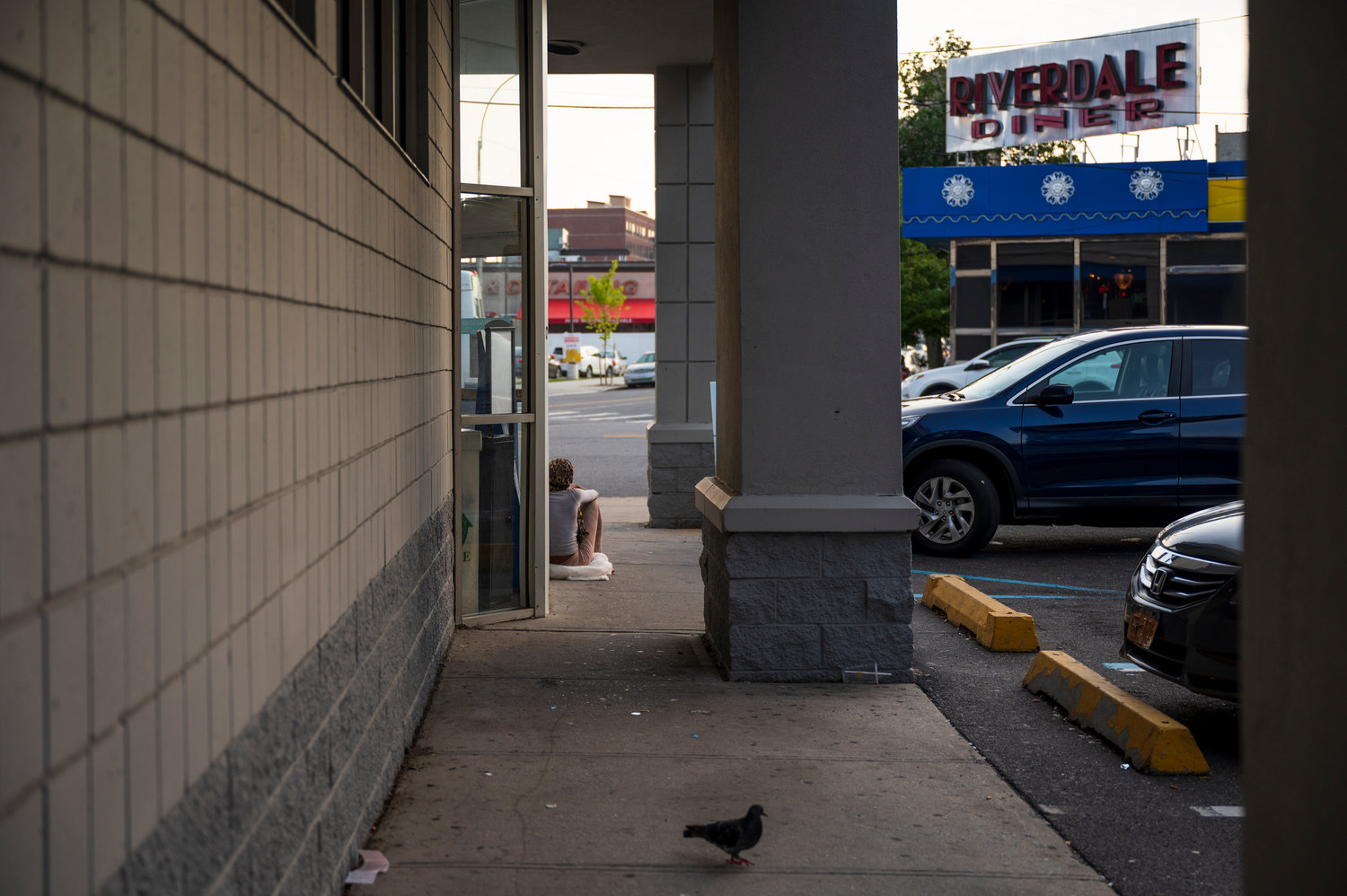 As controversy continues over a proposed single men’s homeless shelter at 6661 Broadway just south of the Yonkers city line, one Riverdale resident shares her own time without a home, caring for an infant, who only got on her feet thank to the kindness of strangers. And she blames fear for why even good people sometimes turn their backs on those in need.
HIRAM ALEJANDRO DURÃN/ File 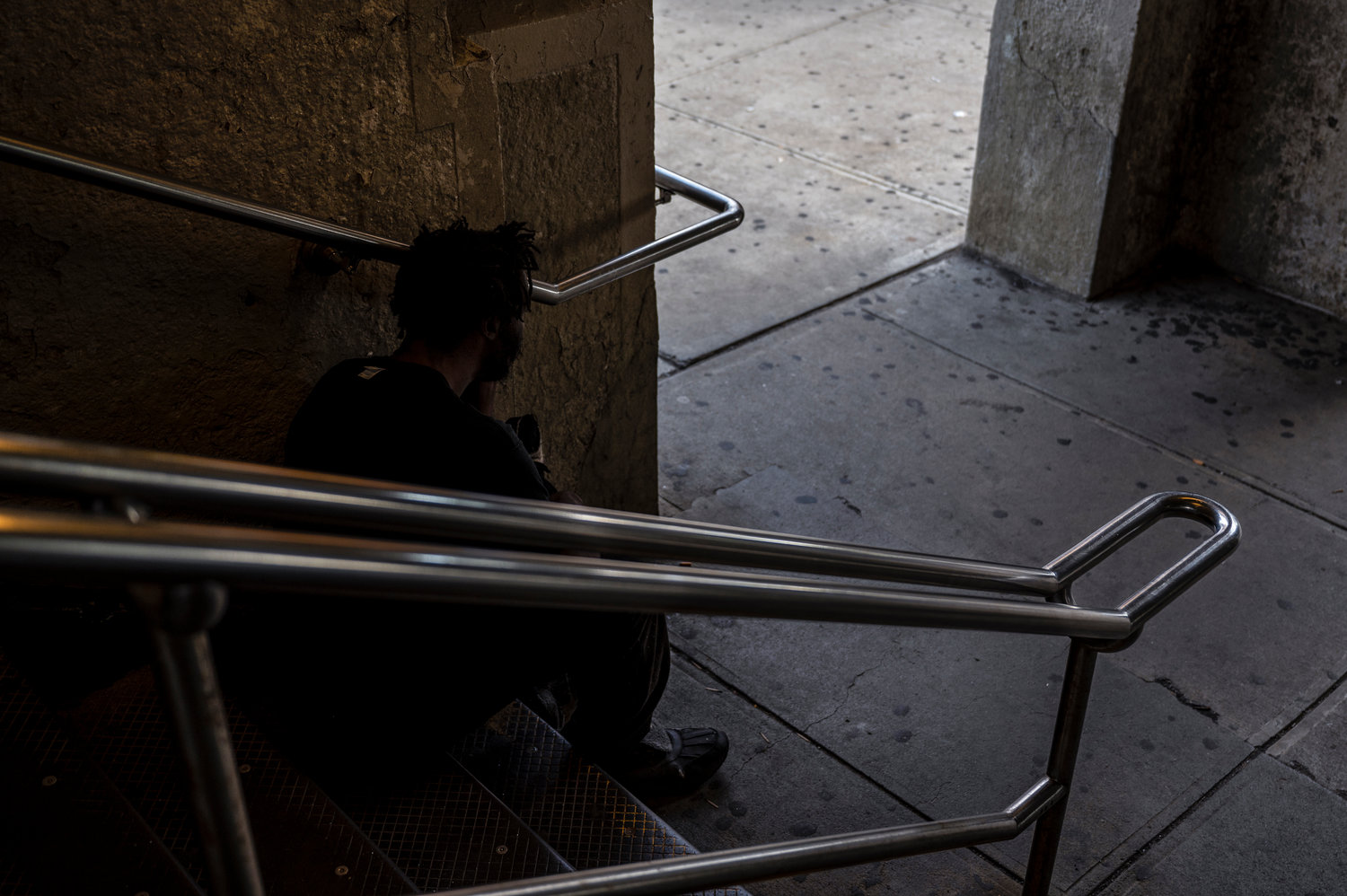 As controversy continues over a proposed single men’s homeless shelter at 6661 Broadway just south of the Yonkers city line, one Riverdale resident shares her own time without a home, caring for an infant, who only got on her feet thank to the kindness of strangers. And she blames fear for why even good people sometimes turn their backs on those in need.
HIRAM ALEJANDRO DURÃN/ File
Previous Next
By MICHAEL HINMAN

Three simple words, but ones that would completely upend Ellen’s life at the cost of her home, her livelihood, and for many years, her dreams.

Ellen had just discovered her husband was a drug addict, draining their shared bank accounts, and leaving them impossibly behind on rent and other essential bills. If that wasn’t enough, the couple had a child — an infant, in fact — who needed formula and diapers.

But she also needed somewhere safe to live. And on that night, her family’s apartment was not it. Especially if drugs could potentially be in reach.

“My daughter could have ingested any of that,” Ellen said. “She was very handsy. She was a baby, so of course she was very curious.”

Ellen’s friend had a car, ready to whisk them away to what they hoped would be safety.

“I was up all night,” Ellen remembers. “When daylight struck, and she pulled up, I got into the car and we just drove north. At the time, I had $3.25 in my pocket, and I don’t even know how I even had that. I’m surprised my husband didn’t take that.”

Getting help from unexpected places

Ellen’s name is not actually Ellen. But what she shares is deeply personal — not just for her, but now for her young daughter. In fact, it’s a story her daughter didn’t even know until just recently when controversy erupted over a proposed homeless men’s shelter at 6661 Broadway.

Although no one — not even the city — knows who will live there come 2023, many of Ellen’s neighbors, and even friends, characterized the men as criminals, rapists, drug addicts, those suffering from mental disorders. Or worse — fully responsible for their own predicament.

“You have to be patient with them,” she said. “They are just speaking out of fear. They don’t want to see themselves in a situation like this. It’s the same thing with illness, right? When you find out you have a friend who’s terminally ill, and is in a very bad way, you just want to avoid that.”

It’s not that everyone experiencing homelessness is a victim, Ellen said, but society can’t paint them with broad strokes, either. She wasn’t on drugs. She didn’t suffer through mental illness. She had no criminal history. Yet, Ellen found herself without a home, caring for an infant. One minute she had a nice home, a good-paying job and a supporting husband, and the very next she faced a very real scenario of living out of a car.

“My pregnancy was a little bit difficult for me, which meant that I couldn’t work,” Ellen said.

“I had to be very careful physically, and I work on my feet a lot. It’s a physical job.”

The plan was for Ellen to stay home for a year, get through her pregnancy and then be there round-the-clock in the beginning for their infant while her husband worked. She found writing work she could do online, allowing her to keep putting some money into the couple’s joint account.

“I realized as the money was going into the account, there was no money,” Ellen said.

“It was really then that I realized we were in trouble.”

But they weren’t, her husband reassured her. He had just reinvested that money, and it was all good.

“I believe him. A part of me didn’t. I guess what made me in a bad way was I didn’t listen to my instincts. I was so focused on being a good wife and a good mother, I didn’t take care of what was right in front of me.”

Luckily, Ellen only spent one day in the car before she found a bed and a crib at a shelter upstate.

“They didn’t actually have a lot of people there, which struck me as surprising because it was the middle of winter,” Ellen said. “I was directed upstate, where there wasn’t a big population. If I was in the city, I would not have been taken in. So yeah, I was lucky.”

Ellen didn’t get back on her feet overnight. In fact, it would take years before that happened. She got through each day thanks to the love and support of those around her — people who were originally strangers, but then became just like family.

As human beings, we have a desire to help those less fortunate than ourselves. But then there’s that instinctual fear, Ellen says, which can derail even the best of intentions.

“There’s this stigma that they believe that by taking you under their wings — or giving you just a little bit of assistance — that somehow what happened to you is going to rub off on them,” she said.

There’s also a tremendous amount of ignorance about who experiences homelessness. New York City is one of the most expensive places to live in the country.

Even with minimum wage at $15, supporting a family and keeping a roof over their heads is not easy. A single missed work day could be the difference between a warm bed and sleeping over a subway grate.

Instead, it’s that fear which causes even the best people to demonize those experiencing homelessness, Ellen said. Assigning terrible deeds to them as if drug addiction and crime are exclusive only to those who are homeless.

“Just think of all the people who have killed and raped and maimed children and adults who are not homeless,” Ellen said. “Jeffrey Epstein? That guy was far from homeless, you know?”

Ellen eventually found a way to get a job again. She borrowed a car to get back and forth, and when she could afford it, she moved out of the shelter with her young daughter and back on her own.

But that wouldn’t have been possible if strangers didn’t care enough about her situation to help.

Ellen lives in Riverdale now, and just recently returned to her old career — one that is never easy to break into in the first place.

Her ex-husband got clean, and has found positive ways to be a part of his daughter’s life.

Ellen supports the proposed shelter at 6661 Broadway because of her own experiences. But even if her friends and neighbors don’t, Ellen hopes they don’t lose sight of who they are — especially in response to their own fears.

“We need people to be seen as human beings,” she said. “Sometimes I don’t feel like I’m a member of Riverdale at all. I don’t feel like I belong. I feel as if nothing on a human level matters to people who just don’t want to take the time to understand what it’s like for other people, then how can we change?