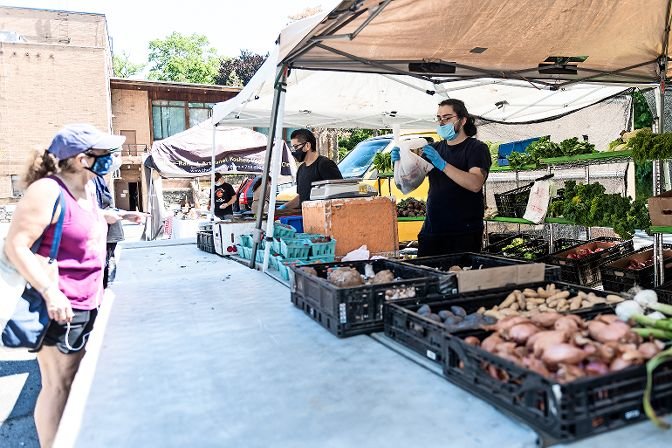 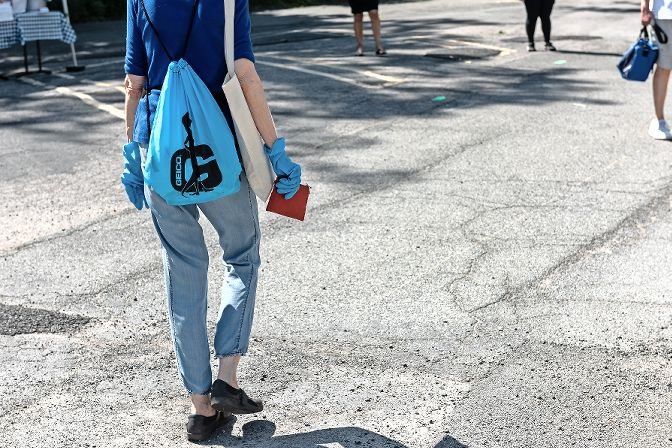 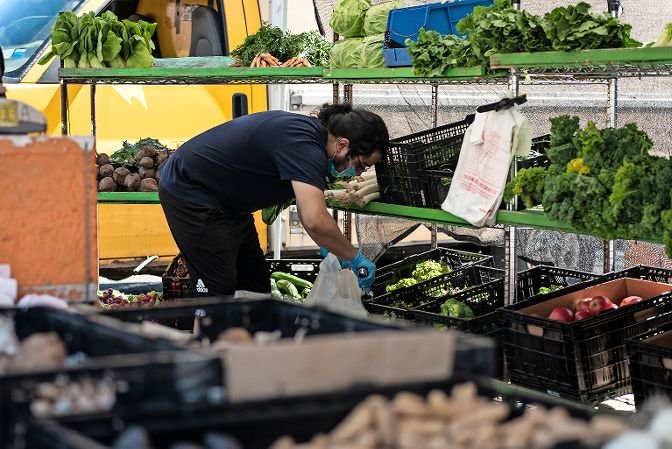 The opportunity to have a farmer’s market there — the benefits are multiple. It will certainly bring healthy, fresh local food to a community that does not have a lot of resources in the immediate vicinity.”
Raymond Pultinas
By MICHAEL HINMAN

The coronavirus pandemic has claimed a number of events and experiences many hold dear, from high school graduations, to a night on the town, to simply sipping a cup of coffee while chatting with a barista.

But wearing a mask and keeping six feet away from other people isn’t enough to hurt farmer’s markets, especially the popular Sunday Market, which had to move from Riverdale/Kingsbridge Academy over to Riverdale Temple on Independence Avenue.

Sure, the crowds aren’t the same — but welcoming a good cross-section of customers remains a constant for the farm-to-fork crowd.

But soon, the Sunday Market won’t be alone anymore. Longtime educator and lover of just about anything that grows out of the ground, Raymond Pultinas, is ready to open a Saturday version of the popular farmer’s market. But it’s going to try a location that hasn’t necessarily been a hot spot in recent memory of fresh produce — DeWitt Clinton High School.

“The opportunity to have a farmer’s market there — the benefits are multiple,” Pultinas recently told Community Board 8’s traffic and transportation committee.

“It will certainly bring healthy, fresh local food to a community that does not have a lot of resources in the immediate vicinity.”

In fact, when Pultinas was still teaching at Clinton, he conducted studies about the proximity of the high school to known “food deserts” in that part of the Bronx. What Pultinas learned was getting access to fresh fruit and vegetables is vital — and something that hasn’t been available in this particular area. That is, until now.

The market would utilize a small stretch of roadway between Goulden and Sedgwick avenues that the city’s transportation department closed down long ago on the north side of Clinton’s campus. The existing pavement would be perfect for farmers to come in and set up their booths, while still providing enough room for customers to maintain proper social distance. It’s accessible to nearby sidewalks, and is along popular pedestrian paths, Pultinas said. And it’s just feet away from an edible forest he maintains on the Clinton campus.

“People would line up outside the market space,” Pultinas said. “It’s a very shady street, so customers could line up there, and then they could enter the market. I think that would probably be the safest.”

Although it’s introducing another farmer’s market to the area, the existing Sunday Market looks at what Pultinas is doing as a complement to their work, not competition, according to Shira Silverman, who manages the existing market for The Riverdale Y.

Silverman has worked closely with Pultinas to help him develop the new market, which is expected to open in early August. That includes not only what kind of vendors might come in to offer their wares, but also how to manage in this so-called “new normal.”

“I think the great thing about this location is that it really is in a pedestrian area,” Pultinas said. “We are really at a crossroads for Kingsbridge and Norwood, and Bedford Park Boulevard is also close by. I think we expect to serve mostly people who are walking, and we’re going to do heavy advertising in places like the Amalgamated and Tracey Towers, which is where we expect most of our traffic to come from.”

One of the committee members, Myra Joyce, said she couldn’t vote for its approval fast enough.

“I think it’s great, and I think the location is great,” she said. “If I still lived at the Amalgamated, I would certainly visit their farmer’s market. I’m very much in favor of this.”

But not everyone was fully onboard. Another committee member, David Gellman, said he’s a fan of farmer’s markets, but feared having upstate farmers travel all the way into the city — even if it’s the northern part — could do more harm than good.

“If you got a couple of farmers driving from 50 to 100 miles away, is that actually good for the environment?” Gellman asked. “For all those people who are here on Saturday, and then they’re doing it again on Sunday.”

But even with that additional highway time, anyone who is conscious of the environment would prefer to go to a farmer’s market rather than buy from a grocery store, Silverman said.

“This is incredibly fresh food that is not coming from Chile,” she said. “When we go to the grocery store, we can get garlic any time of the year because it’s being sourced from all over the world.”

Transporting it to the grocery store requires planes, trains, trucks — it’s a long and expensive route to get produce from farms to grocery stores, Silverman said.

If Pultinas can secure a permit from the city — made easier after getting a unanimous approval from the CB8 committee — he expects the market will run between Aug. 8 and Oct. 31, with customers welcome between 10 a.m. and 2:30 p.m.

“I think this is a wonderful location,” traffic and transportation committee chair Dan Padernacht said. “I live a few blocks away, and I run by here all the time. That’s an area that can serve a lot of different communities like Van Cortlandt Park Village and Bedford Park. The fact that you stepped up and did this in just a matter of weeks, I’m extremely impressed.”