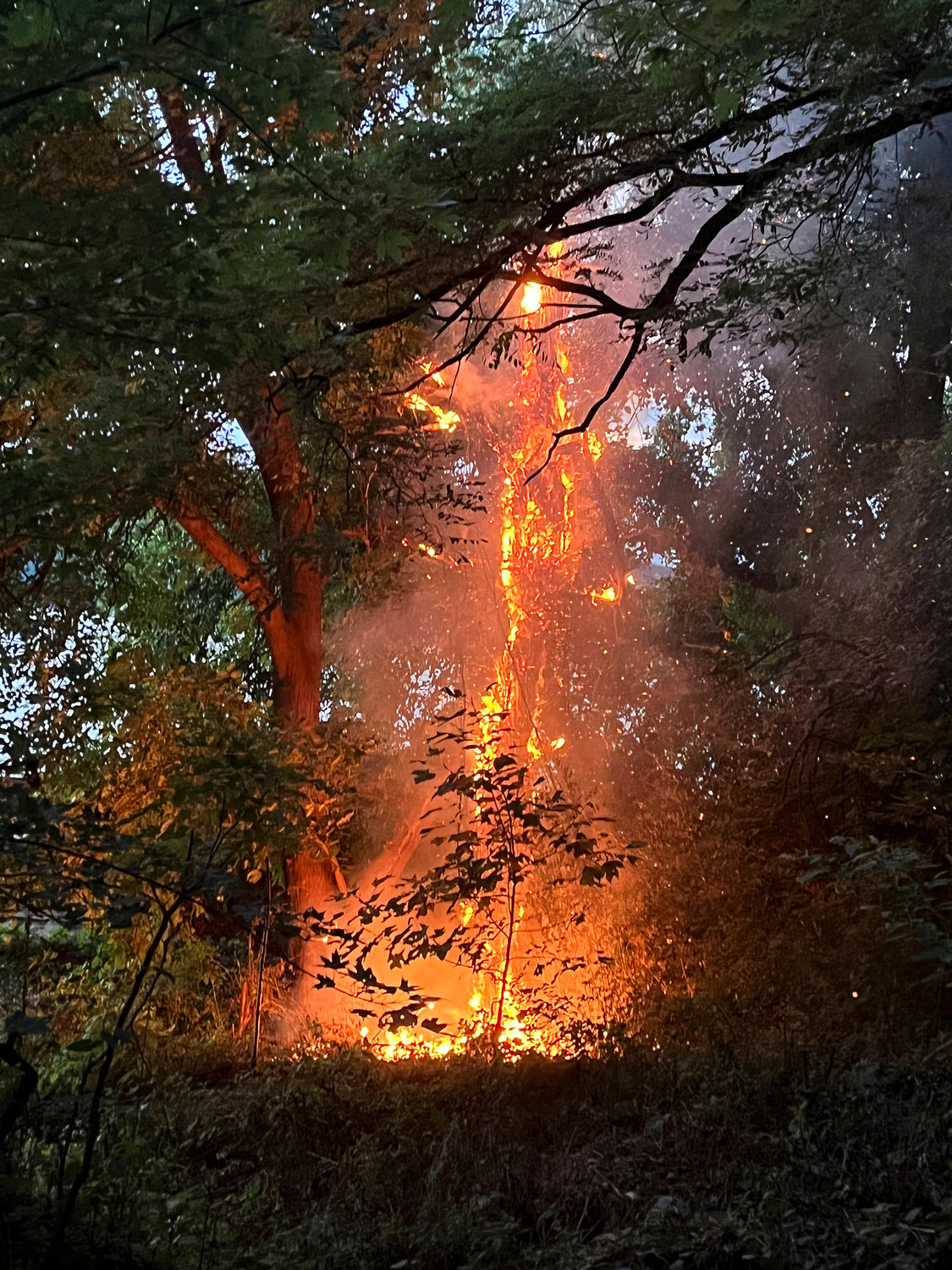 The fire in Riverdale Park off the trail near Palisade Avenue and West 233rd Street was put out quickly by the New York City fire department’s house No. 52 Sunday night. Firefighters had to run eight hose lengths to douse it.
Courtesy of Edward Eiseman
By Gary Larkin

Ed Eiseman, a neighbor walking on the trail off Palisade Avenue near West 233rd Street, noticed the blaze and called 911 around 8 p.m.

“I went down to the area to see if anyone was around and the extent of the fire,” Eiseman said. “About 50 feet away, I saw (a woman) who was also on the phone with 911. She left and I took some pictures of the tree going up and ambers on the ground lighting up the grass and twigs.”

According to Eiseman, the fire department responded in minutes, but didn’t have access to a fire hydrant and had to hook up hoses their truck. “They had to set up at least eight hose lengths to reach the area,” he said. “They asked if there was a way to get closer. I suggested calling the railroad about any access near the (Metro-North) tracks.”

The fire department was able to douse the fire quickly as they worked through the darkness, heat and humidity.

There were no injuries reported and a cause is being investigated.