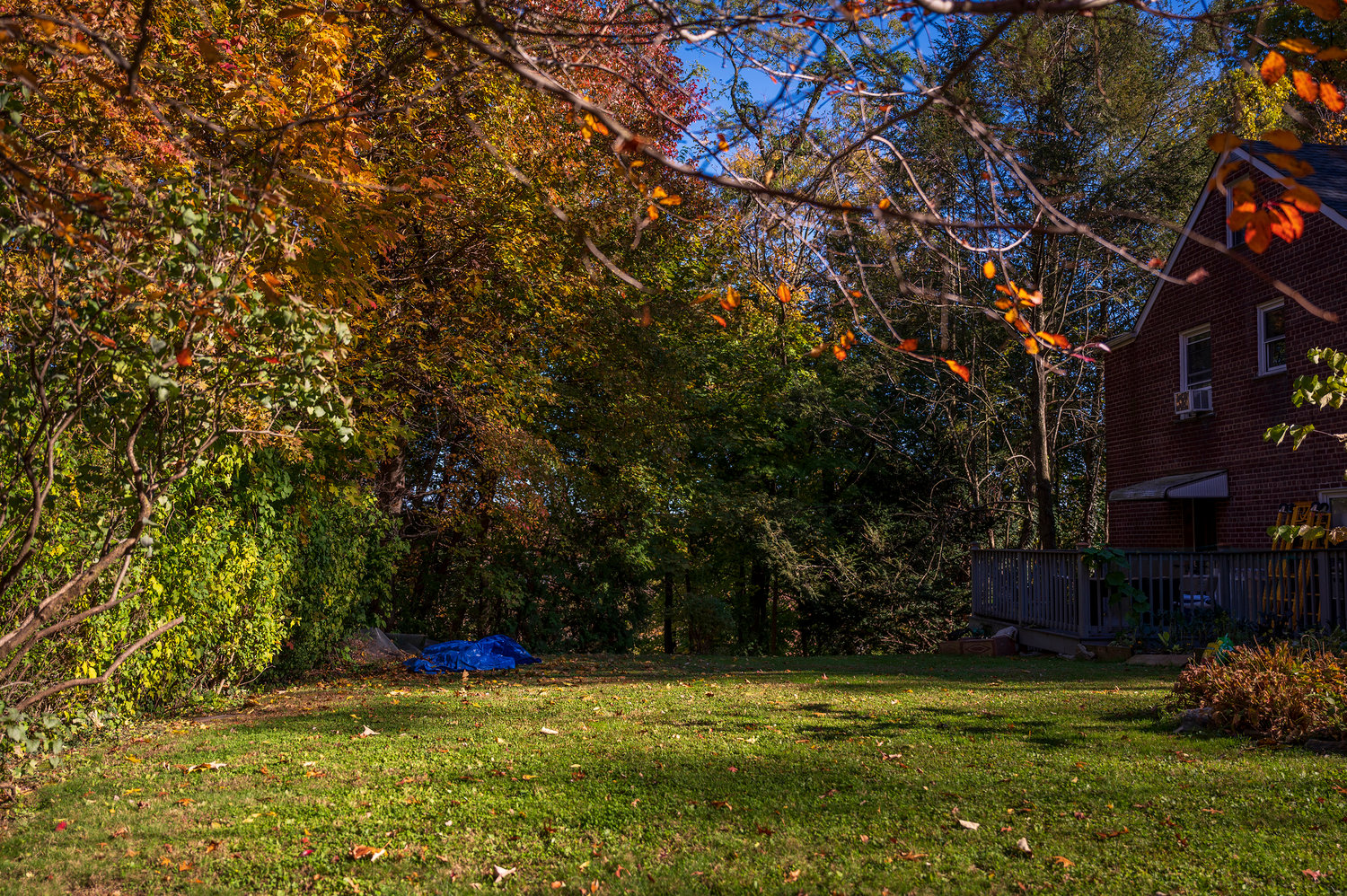 While Michael Lam and Rui Wen He would like to move forward with the construction of their three-story single-family home at 318 College Road, board members at the Fieldston Property Owners Association still have questions about the plans that would leave a significantly small amount of space between the proposed home and a neighbor.
HIRAM ALEJANDRO DURÁN
Support journalism

Want to build a home hassle-free? Might be good to avoid historic districts. Especially the one in Fieldston.

Hal Dorfman knows this all too well.

The architect designed a three-story single-family home for College Road a little more than a year ago. But even as winter continues on, potential construction is at a standstill while the property’ owners try to wade through some of the red tape put up by the Fieldston Property Owners Association.

But the leaders of that organization don’t feel they’re overstepping.

In fact, they’ll say it’s their duty to protect home values in the entire community. And that could mean standing in the way for this particular home to get built.

And if it’s not the property owners association, then it could very well end up being an issue with the Special Natural Area District.

“The intent of SNAD when it was created back in the early ‘70s was to preserve steep slopes, rocks, trees, and other natural features,” Dorfman told Community Board 8’s land use committee back in November.

“The lore created certain sections that allowed city planning to modify coverage requirements, setbacks and yards in order to meet the goal of preserving trees, steep slopes, rocks and other botanic environments.”

Dorfman assured committee members that he’s been working with Juton Horstman from the city planning department, and that the home he designed for Michael Lam and Rui Wen He now meets SNAD requirements.

SNAD is intended to preserve the greenbelt aspects of the greater Riverdale community, making it more difficult to build or improve properties that could interfere with natural features like rocks and slopes. Building inside SNAD generally requires additional layers of approval, including advisory support from CB8.

For this particular project, Dorfman committed to planting a handful of  new trees while preserving a steep slope and existing trees to the west of the house. He also said he would maintain required buffer zones.

But that’s not the only concern. Because of SNAD, Dorfman had to set the home’s footprint in an odd area of the lot — much closer to a neighboring house than usual.

That’s the kind of arrangement that might be too close for comfort, but Dorfman has proposed establishing an agreement between the neighbors that would help ensure a trouble-free construction, and future maintenance.

But land use chair Charles Moerdler also is concerned such an agreement may not be enough as he says the space between both houses will be tight — a little more than eight feet. Not only could that be troublesome in terms of neighborly relations, it also creates a question of whether there would be adequate space for light and air.

It’s a precedent Moerdler would rather not see.

“It’s wrong for the neighborhood,” the longtime chair said. “It sets a standard in the Fieldston area and elsewhere that you can do this kind of stuff.”

Dorfman said he’d be willing to consider expanding the space between the two buildings up to 15 feet. 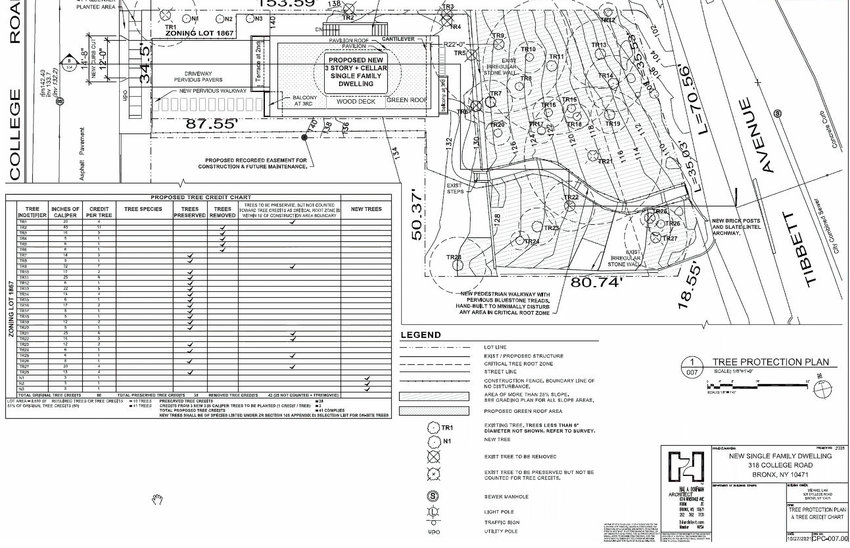 “We are here because the increase in density — the number of variances required — are substantial (and) set a bad precedent,” Goldstein said, “and are certainly out of character with the neighborhood.”

Goldstein and other neighbors studied the space between other buildings in the neighborhood, finding that the median distance is 37 feet, with occasional spacing as low as 11 feet.

In fact, just five properties in all of Fieldston that have less than 16 feet between the homes.

“This is a huge change to the character of the neighborhood,” Goldstein said.

But Dorfman disputed the notion that the project was in need of any zoning variances.

“The law provides for the word ‘modification’ in order to preserve the natural features,” Dorfman said.

CB8’s land use committee meets virtually Thursday night, but the college road project is not scheduled to be discussed.

Instead, Moerdler’s committee will consider allowing a Stagg Group construction project on Broadway to work Saturdays, among other topics.