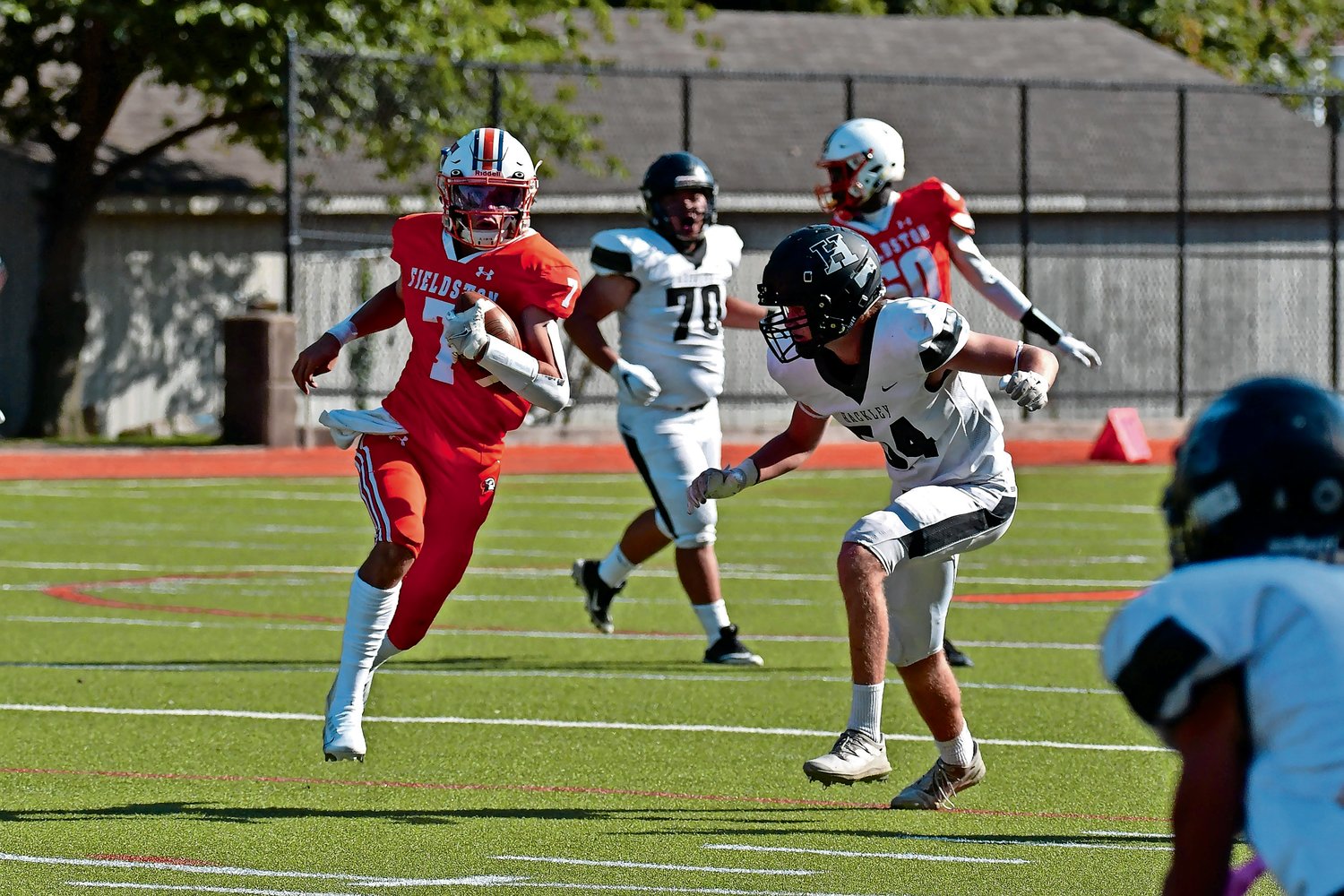 The Fieldston Eagles got off to a slow start Saturday but started flying in the second half in a 27-2 thrashing of visiting Hackley of Tarrytown in the private high school football season kickoff.

While quarterback Wes Heiman, a junior, didn’t fare so well in the air, going only 6-19 for 95 yards, he did accumulate 115 yards on the ground as he was responsible for 18 of the team’s 27 points. He threw for a pair of TDs and rushed for one. His longest rush was for 80 yards. He wound up with 210 all-purpose yards.

The second top all-purpose yard performer was senior Jaden Mena with 116 yards (65 yards rushing, 40 yards receiving and 11 yards on punt returns). He also caught one of the Eagles’ two TD passes. Senior Jackson Fauvre had the other receiving TD, finishing with 33 yards in the air.

Ironically, Hackley started the scoring with a safety in the second quarter as Heiman was sacked in the end zone. But that was it for Hackley, 0-1.

Fieldston, 1-0 in the Metropolitan Independent-B conference, took a lead into halftime with a TD pass from Heiman to Mena for a 7-2 lead. In the second half, the Eagles’ defense kept Hackley off the scoreboard the rest of the game.

The Eagles tacked on two more TDs in the third quarter as Heiman threw to Fauvre for six points and freshman kicker Hudson Rabatin converted the extra point.

Blake Koons added another TD on the ground, but Rabatin missed only extra point of the day.

In the fourth quarter, Heiman finished up the scoring with a rushing score and another successful Rabatin kick.

In another Metropolitan Independent-B football game Saturday, the Riverdale Country Falcons held off the Horace Mann Lions, 16-14, in the home opener for Riverdale.

Riverdale Country’s multi-purpose player James Spiegel, a junior, rushed for 119 yards and a TD, kicked a 30-yard field goal and connected on an extra point.

Aidan Fischer, a senior, was second to Spiegel in all-purpose yards with 70 (33 yards rushing, 17 yards receiving and 20 yards on punt returns) and scored the Falcons other TD.

Riverdale got off to a 10-0 lead by halftime. However, in the second half Horace Mann fought back with two touchdowns, one in the third quarter and another in the final quarter.

The Falcons’ next game is home against Dalton in a non-league game on Sept. 17 at 1 p.m.