Despite effort from Mena, Heiman, football team falls to 1-1 on young prep season 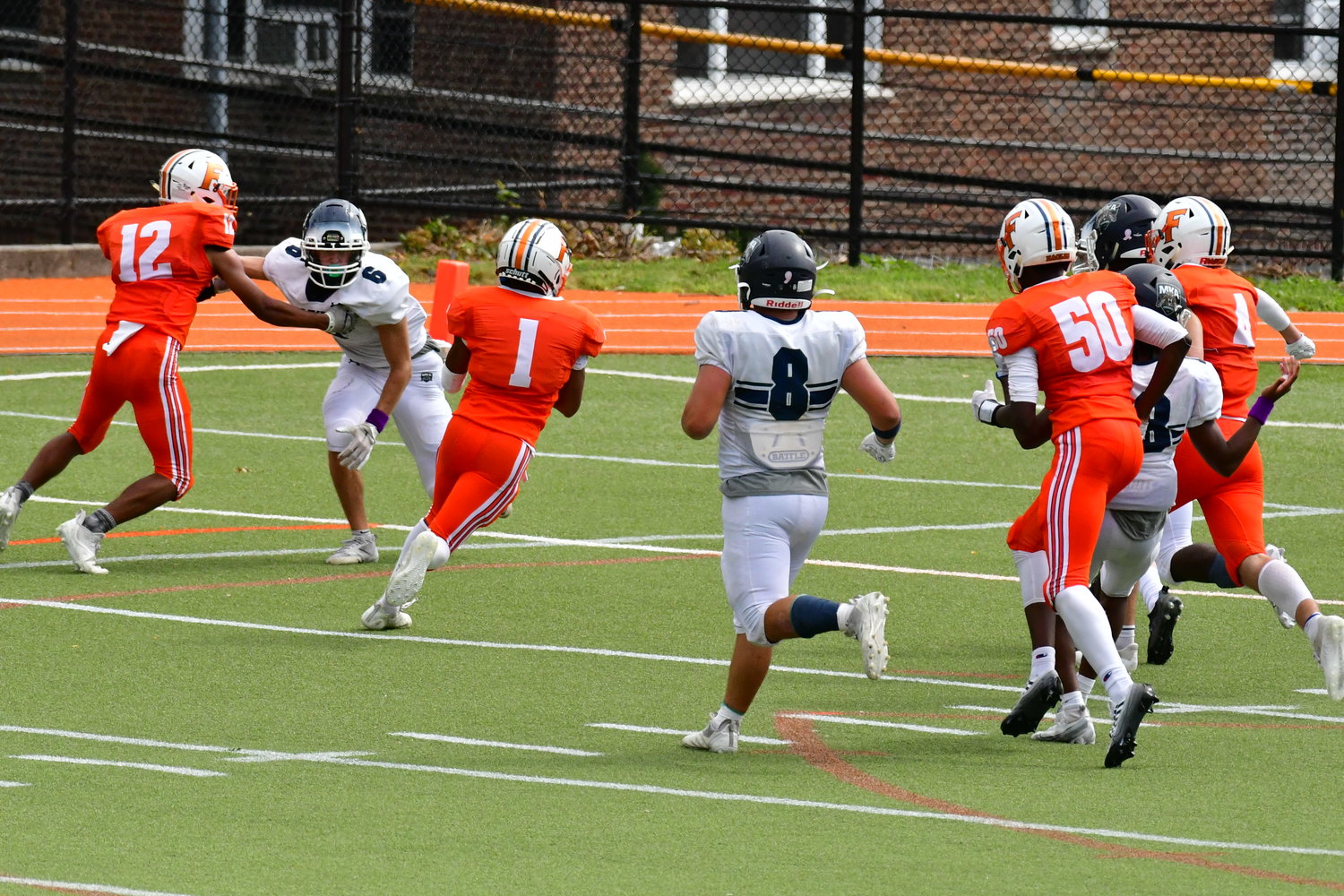 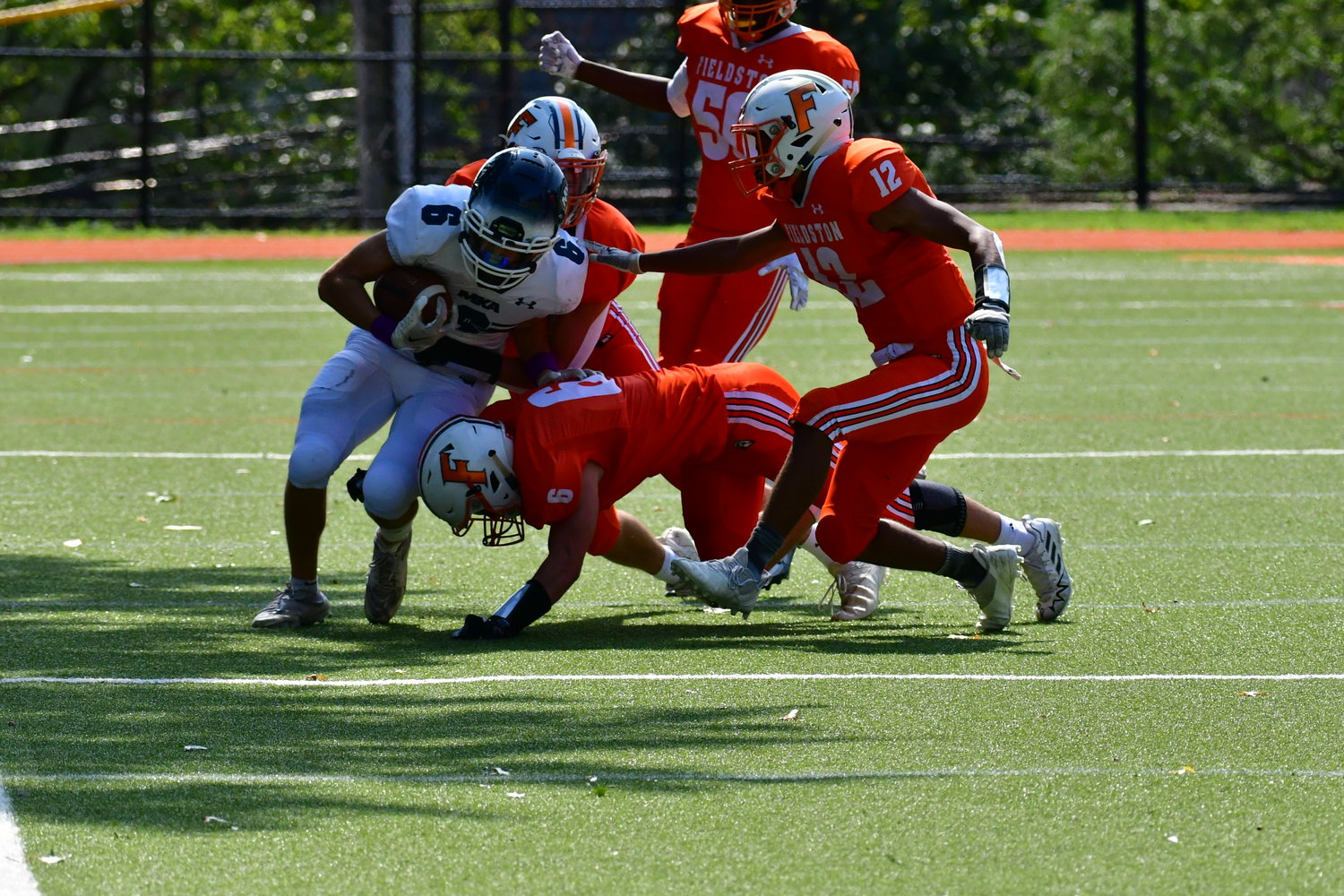 Montclair Kimberley Academy running back Jordan Fishback is taken down by several Eagles defenders during Saturday’s game against Fieldston.
Gene Assaf
Previous Next
By Mason Moses

The Fieldston Eagles ran into the Lembo/Fishback duo juggernaut Saturday in their non-conference matchup with the visiting Montclair Kimberley Academy that ended in a 20-13 loss.

Fieldston was leading 13-6 to start the fourth quarter after quarterback Wes Heiman found the senior tight end and captain Jackson Fauvre with a TD pass. However, MKA took over from there as Fishback led two TD drives late in the game.

Both defenses dominated the first half leading to a 0-0 stalemate at halftime.

The Eagles came out of the half firing with an impressive drive that led to a typical Jaden Mena (2 receptions, 21 yards, 1 TD) touchdown reception from junior quarterback Wes Heiman.

The quarterback finished the game throwing 12/21 for 122 yards, along with a pair of TDs. Fauvre caught two passes for 15 yards, including the TD catch from Heiman in the fourth quarter.  Fauvre, a senior captain, and Heiman will be a must-see duo as the season continues.

Blake Koons, junior fullback, accumulated the most all-purpose yards for the Eagles with 59 yards. The power back was dominant through the air and on the ground as he broke tackles and created plays for himself in the open field.

For MKA, their main performer was RB/WR Fishback. He led the Cougar offense with 163 all-purpose yards, as well as accumulating 12 of their 20 points.

Next week, the MKA Cougars will hope to continue their winning ways with a matchup against the 2-0 Riverdale Falcons.

As for Fieldston, they will travel to Morristown, New Jersey, to take on the 1-2 Morristown-Beard Crimson. The Eagles will look to move on from Saturday’s loss and add a game to their winning totals this Saturday at 1 p.m.

Riverdale Country School, 2-0, continued its winning ways Saturday in a 34-7 drubbing of Dalton. Junior quarterback James Spiegel threw for a TD and rushed for four more as he led the team with 313 total yards.