Rooster now taking residence on a farm thanks to Sunday Market 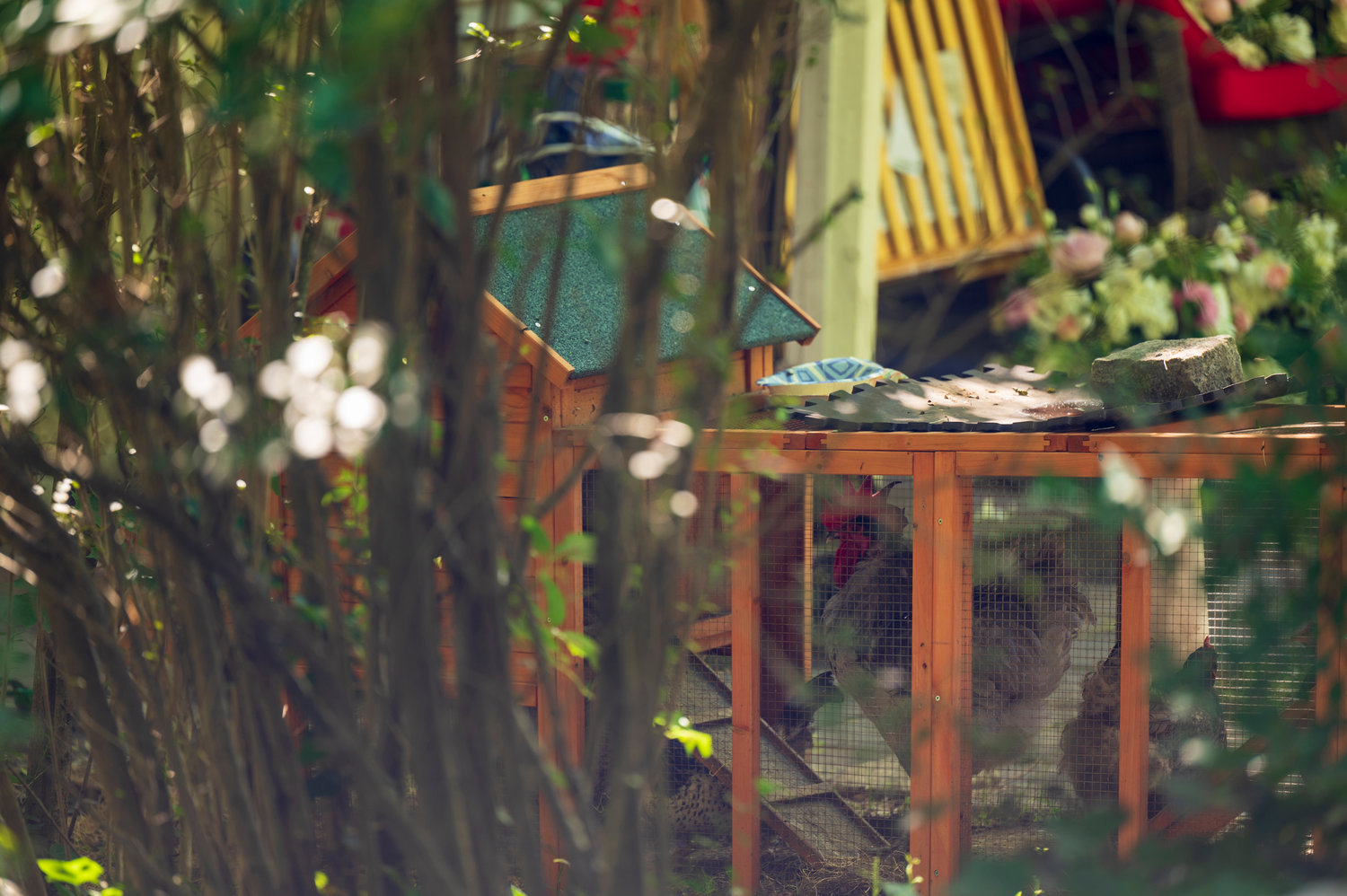 Up until recently, a noisy and illegal rooster was living in Ploughmans Bush. But thanks to the efforts of a few involved with the Riverdale Sunday Market, the early-rising bird is now living in a much more suitable home: the Orchards of Concklin in Rockland County.
HIRAM ALEJANDRO DURÁN/ File 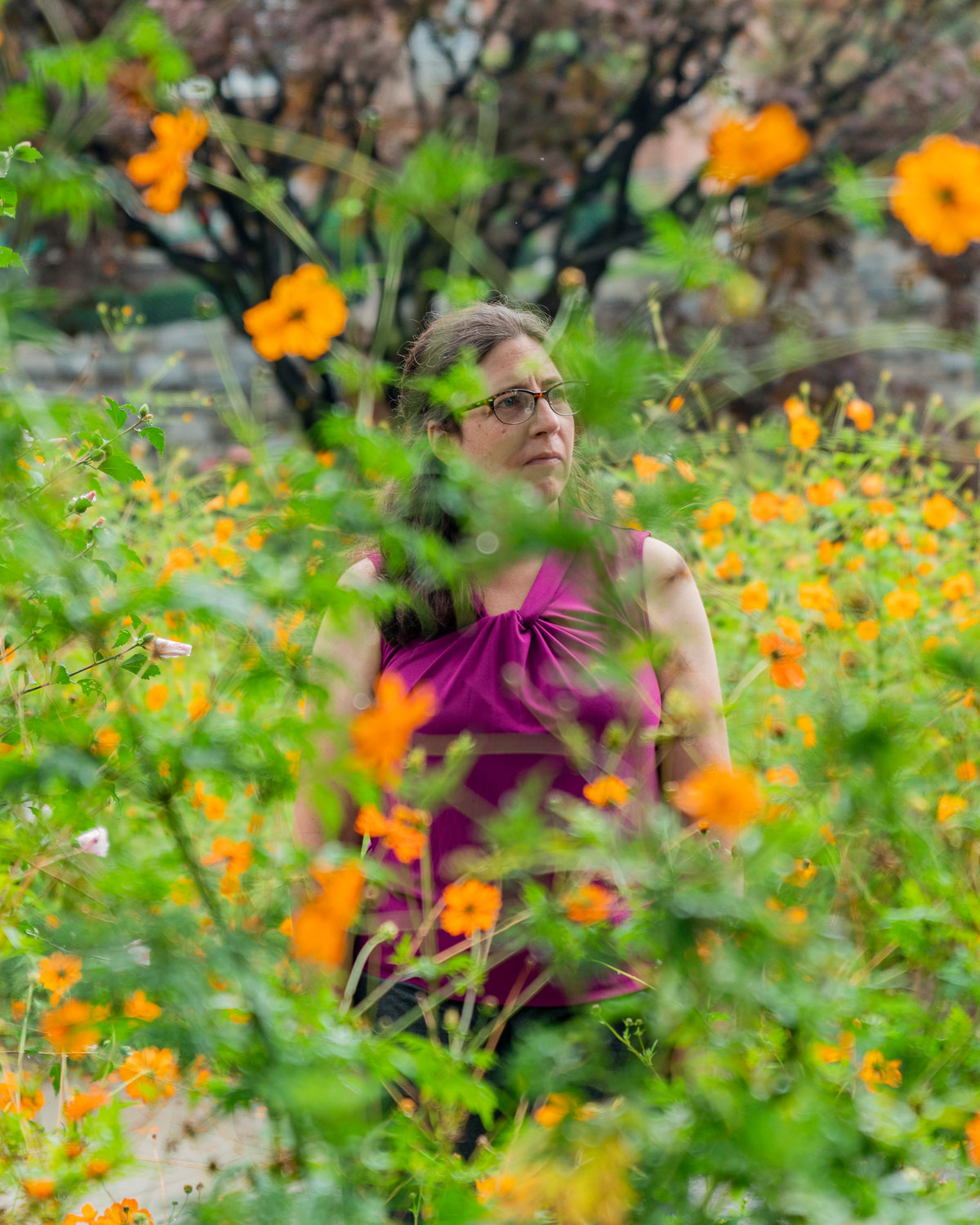 Shira Silverman’s management of the Riverdale Sunday Market doesn’t just entail providing fresh produce for her neighbors. However, she likely didn’t anticipate the market would play a key role in finding a new home for a rooster living nearby.
HIRAM ALEJANDRO DURÁN/ File
Previous Next

It was a win-win for the neighbors, the farmer — and the bird.”
Ann Rauch
By ROSE BRENNAN

There are many things one might find at the Riverdale Sunday Market. Some fresh fruit and vegetables, perhaps. Or maybe even some artisanal soaps or a food scrap drop-off.

But just recently, one feathered neighborhood resident found himself a new upstate home there.

It was only a few weeks ago a rooster living in Ploughmans Bush had drawn the ire of his neighbors thanks to his early-morning crowing habit. And, of course, there was the matter of the law — as it’s illegal to own a pet rooster in New York City.

But according to Ann Rauch, one of the rooster’s unwilling neighbors, the owners didn’t exactly go out to a rooster store and bring a feathered friend home. In fact, they found themselves with the noisy pet quite unexpectedly.

“I spoke to my neighbor who owned the rooster and who felt badly about the noise problem created by the bird’s early-morning crowing,” Rauch wrote in a recent letter to the editor published in The Riverdale Press. “The chickens were one of those ‘home-grown’ pandemic projects where the family hatched the chickens from eggs and cared for them, not expecting to have to deal with a large rooster at the end of the experiment.”

Regardless, it was clear the rooster simply couldn’t stay at Ploughmans Bush. And so his owner began researching ways for the rooster to find a new, more suitable home.

Rauch also happens to be a friend of Shira Silverman, who organizes the Riverdale Sunday Market. In such a position, Rauch and Silverman meet many farmers who serve as vendors at the market — one of whom could very well become the solution to the feathered problem.

“Once I was aware that the neighbor was interested in getting rid of the rooster, I started networking with the people I network with through the Sunday Market,” Rauch said. “And it occurred to me, well, wait a minute. There’s a farmer here. There are several farmers here, or people representing farmers. Maybe they could take a rooster.”

And that’s just what happened with Trevor, one of the market’s vendors from the Orchards of Concklin in Rockland County. Rauch and Silverman soon learned he’d be more than happy to take the rooster under his metaphorical wing.

Trevor “fondly remembered the chickens of his childhood home in Jamaica, and was delighted at the idea of being woken at 5 a.m., by a crowing rooster, unlike some of us Riverdale neighbors,” Rauch wrote. “It was a win-win for the neighbors, the farmer — and the bird.”

Finally, the day came for the rooster to meet his new owner. The bird’s Bronx family shared as much as they could with Trevor, according to Rauch — including the bird’s name, Orb — as well as his diet and even photographs of his upbringing.

Trevor renamed the rooster Rudy, and Silverman says the crower is quite satisfied with his new upstate living arrangement.

And it seems many at the Orchards of Concklin are overjoyed to have him there — not just Trevor.

But no one is more overjoyed with the arrangement than Rudy himself.

“He is the king of his domain, which is currently half the size of the parking lot,” Silverman said. “And he’s making lots of noise.”

It’s not every day the Riverdale Sunday Market proves instrumental in finding an illegal — and noisy — animal a more suitable home. But Silverman finds the Sunday Market fills many roles in the community — not just providing neighbors with fresh produce.

“It’s really evolved to the point where there’s so many things that can happen because of the market,” Silverman said.

And to Rauch, the market’s multifaceted purpose certainly hasn’t escaped the people who live here. In fact, one of the market’s master composters remarked it was similar to a tradition people might see hundreds of years ago.

“She said, ‘You know, Shira has really established a town square,’” Rauch said. “‘People come to do their shopping, they chat, they catch up.’ And she has expanded it to include all these services for the community, and that also help the environment.