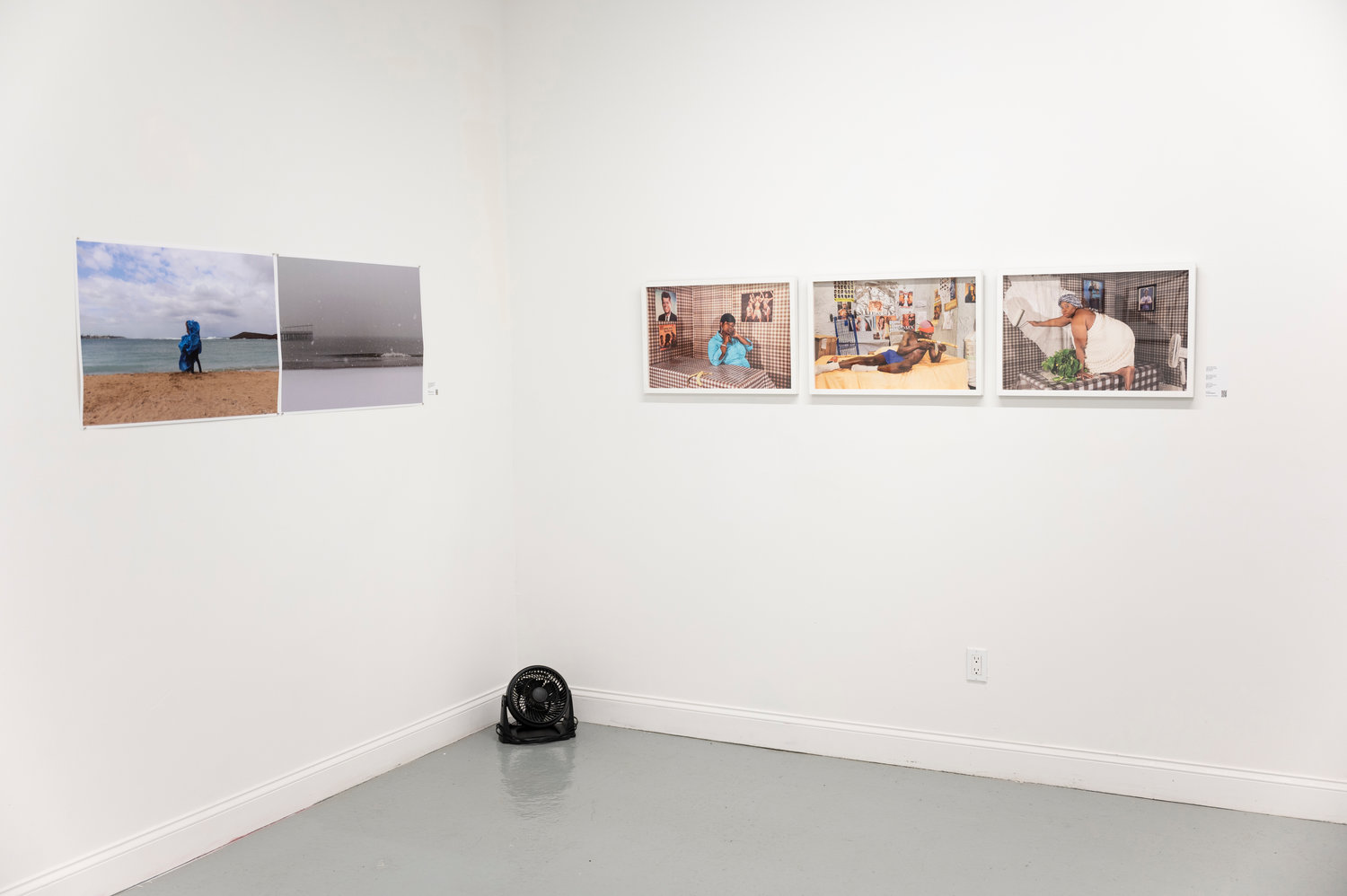 The exhibit ‘In Between Yesterday, Today and Tomorrow’ was open throughout June by appointment in the South Bronx. Now that the viewing period is over, the photographs will travel to some of the SUNY schools while two photographers will be chosen to be featured in Portland, Oregon’s Blue Sky Gallery.
HIRAM ALEJANDRO DURÃN 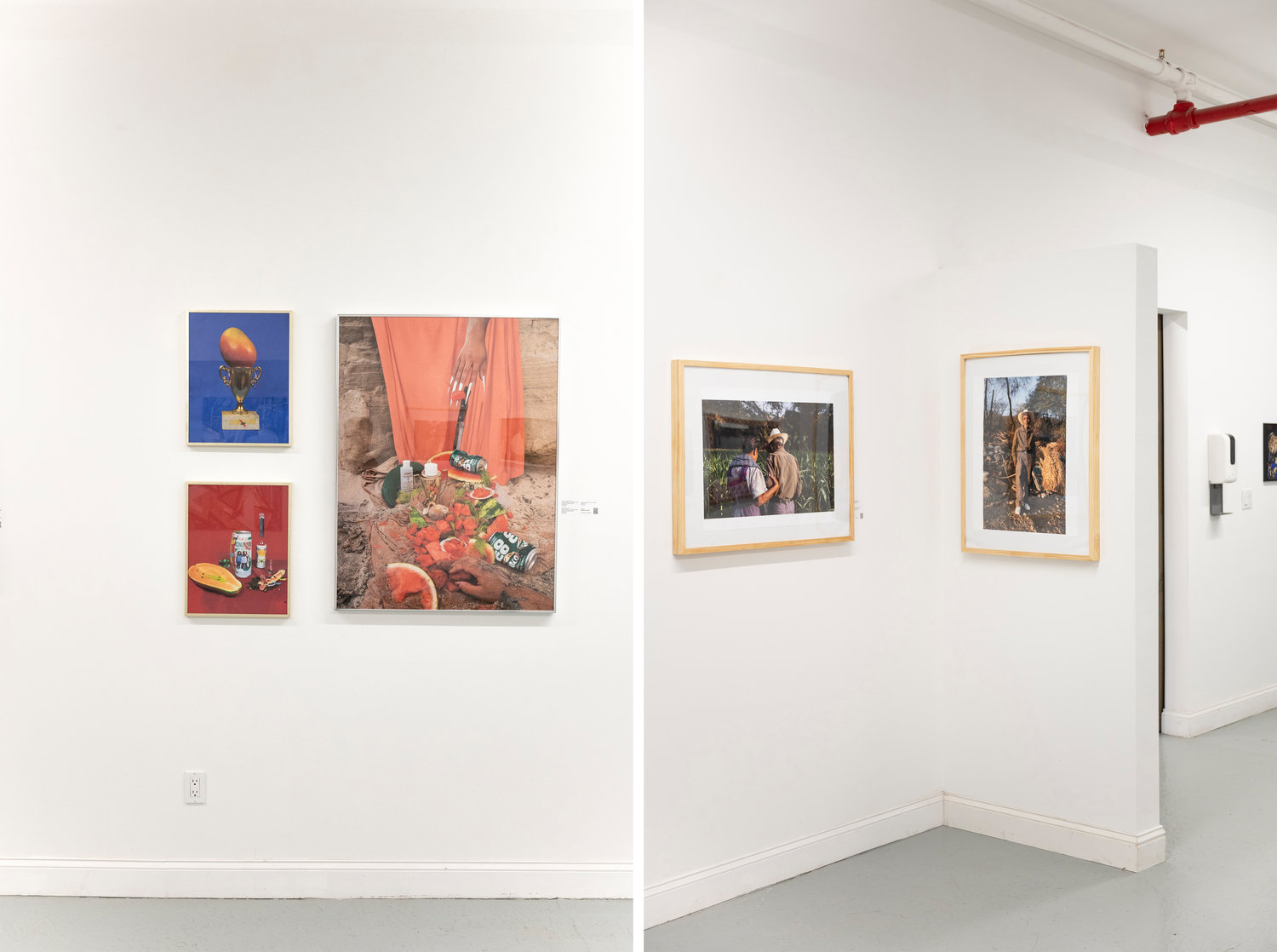 All of the photos featured as part of ‘In Between Yesterday, Today and Tomorrow’ can be found in En Foco’s art magazine Nueva Luz, or online.
HIRAM ALEJANDRO DURÃN / Illustration 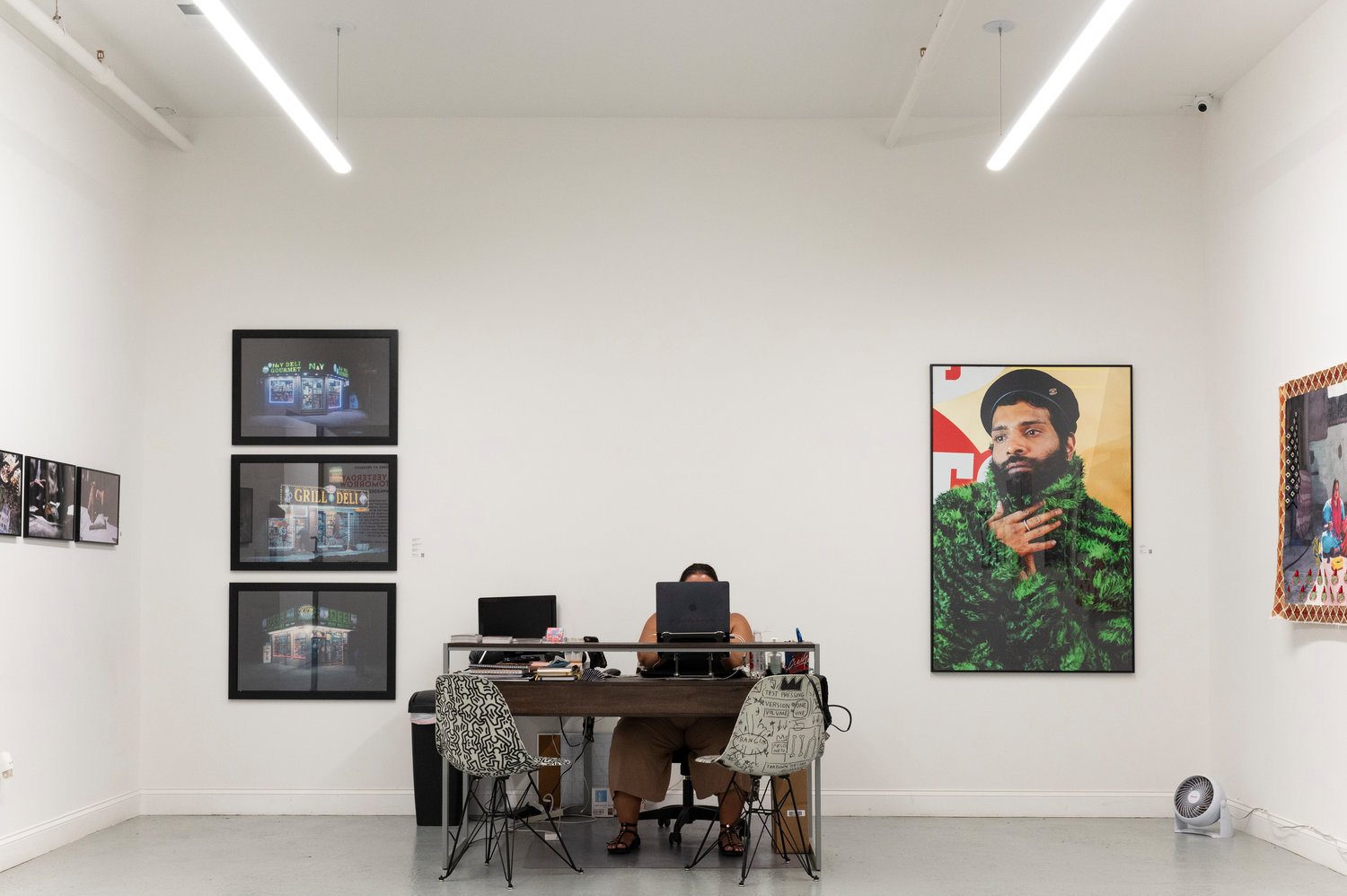 All of the fellows who had their work featured as part of ‘In Between Yesterday, Today and Tomorrow’ also have their photos in Nueva Luz, the photographic journal published by En Foco, as well as on the non-profit’s website.
HIRAM ALEJANDRO DURÃN
Previous Next
Want to see?

Check out your copy of Nueva Luz by visiting EnFoco.org/nuevaluz

Bill Aguado knows the Bronx needs art — the kind that keeps diversity alive. That’s why he volunteers as the executive director of En Foco.

His non-profit produces a biannual magazine, Nueva Luz, with its latest edition featuring photographic work from the recently closed exhibit “In Between Yesterday, Today, and Tomorrow.” But as far as Aguado is concerned, that artwork should be available for viewing for much, much longer.

“What’s important is that we have a record of (the photos) so it’s never forgotten,” said Aguado, who hails from Riverdale. “How many cultural organizations have gone out of business, or artists who have passed on, and no one remembers them and has no record of their history?”

For this particular exhibit — which spent all of June at the WallWorks gallery in Mott Haven — each artist had his or her photographs arranged in a spot on the wall accompanied by QR codes. Scanning these codes with a smartphone, the exhibit added a podcast-style recording that allowed each particular artist to explain what their pieces were about.

It was like having each of the photographers right there by their side.

Amarise Carreras, whose photograph “Para la Doña del Cielo y Mar” or “For the Lady of the Sky and the Sea” was used as the magazine’s cover, said in their recording that the image was based on their culture and upbringing. Carreras uses they/them pronouns.

The front cover of Nueva Luz’s 71st edition featured an image that included crushed cans, a watermelon smashed into a sandy landscape, and religious items. In Carreras’ magazine bio, it described this as part of Santeria, “a practice of Boricua womxn who collect objects that symbolize and represent a great physical or metaphysical form.”

The exhibit was part of En Foco’s fellowship program which, according to its website, is open to adults of Latino, African or Asian American heritage, as well as the Indigenous peoples of the Americas and the Pacific. Aguado emphasized the importance of highlighting the work coming from these cultures and how it impacts both the artistic community and the Bronx.

While “In Between” has closed in Mott Haven, its future isn’t limited to just Nueva Luz — especially as it becomes more valued in various college classrooms across the area, Aguado said. In fact, the exhibit is expected to tour some SUNY schools.

“There was an associate professor at Williams College that was looking for artists of color whose work represented some sort of spiritual aspect of their lives,” Aguado said. “This professor uses Nueva Luz as a resource for students to learn more about the different cultures that are represented” in the magazine.

The exhibit’s curator, Elia Alba, wrote in Nueva Luz about the importance of the work the magazine presents to its readers — especially with this exhibition.

“The photographs in this exhibition highlight the experiences of artists whose layered identities leave them shifting between worlds, and who critique the power dynamics inherent in racial essentialisms,” Alba wrote. “These artists are taking the knowledge of the past and the current moment to transform perceptions about cultural interpretations, identities and the future.”

The exhibit also included photos ranging from self-portraits, to lit-up bodegas, to those crushed watermelons. Yet each photo needs to be thoroughly examined to notice all of its details.

Kim Vaquedano-Rose, who volunteers as En Foco’s operations director, says the exhibit’s online presence between social media and internet-based viewings help draw attention to the magazine. At the same time, however, she and Aguado were also pleased with the in-person turnout they had at WallWorks.

“This is our first exhibition back since the quarantine,” Vaquedano-Rose said. “We were overwhelmed by the amount of people that attended. I would say we had about 60 to 70 for this particular show.”

While exhibits like this are from the Black, Indigenous and people of color community, they are not limited to just BIPOC audiences, Aguado said. There’s a chance for many to see some of their own roots embedded into each of the works. Especially from a more local perspective.

“We demand the highest quality and provide opportunities for curators and essayists,” he said. “This is a voice that needs to be heard, and I as a longtime resident of Riverdale, I can feel many voices in Riverdale, and appreciate this type of commentary cultural and artistic commentary that we have.”