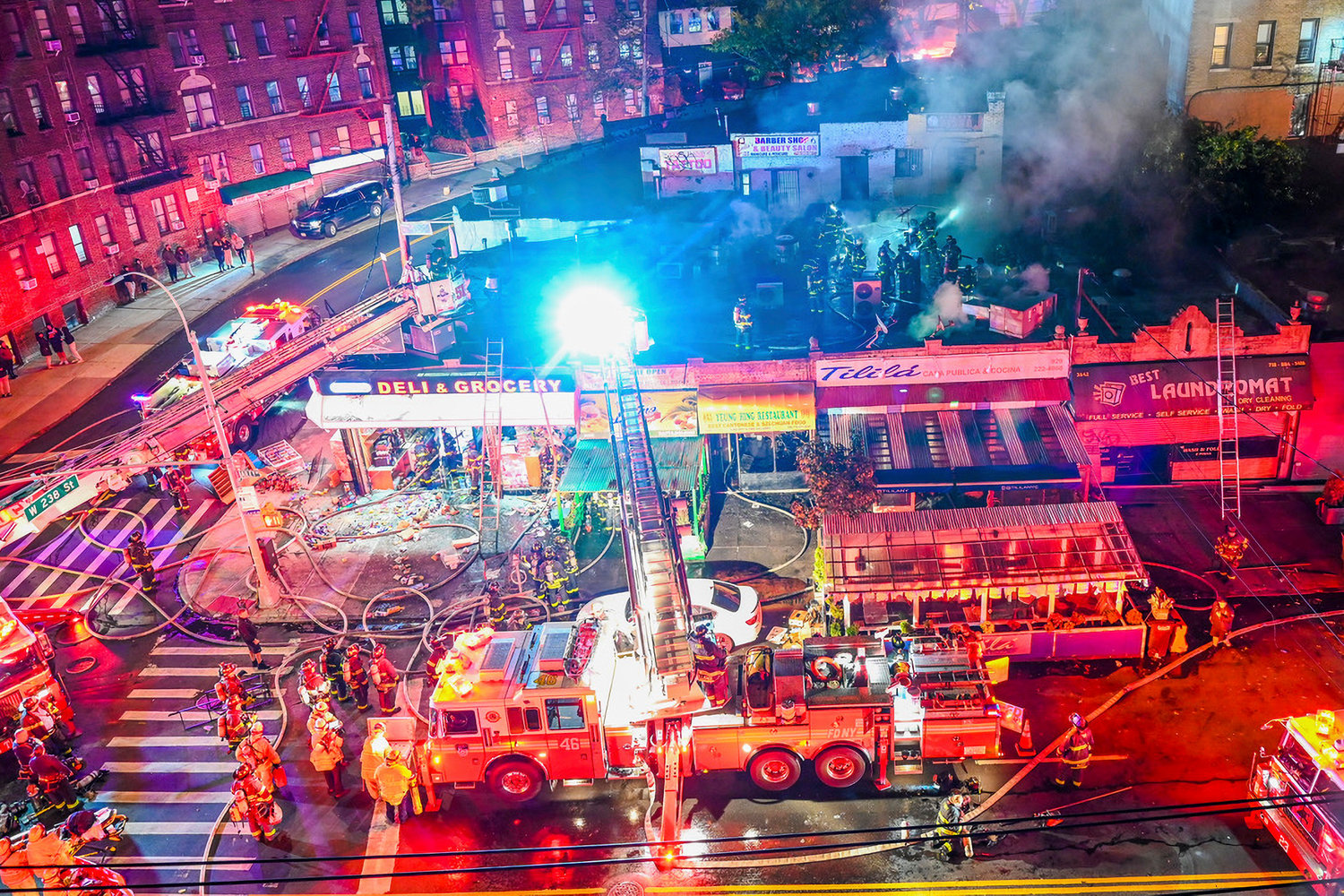 More than 160 firefighters converged on the intersection of West 238th Street and Bailey Avenue early Tuesday morning to fight a four-alarm blaze that severely damaged five business from Bailey Deli & Grocery to Best Laundromat. The fire was just across the street from 181 W. 238th St., which displaced tenants in more than a dozen apartments there after a fire a little more than a month ago.
DAVID HANDSCHUH 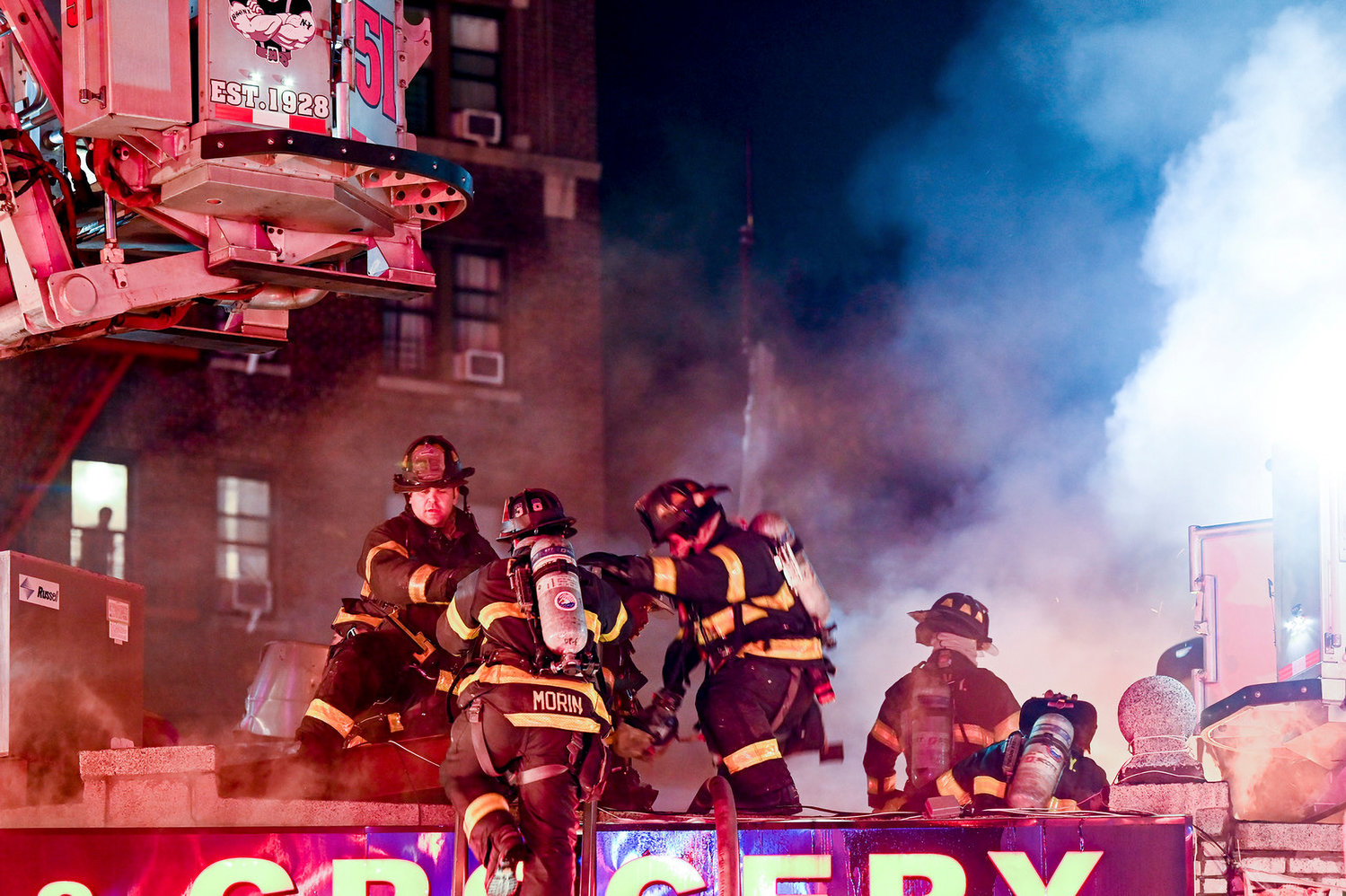 Firefighters make their way to the roof of Bailey Deli & Grocery in an effort to try and save the popular bodega on the corner of West 238th Street and Bailey Avenue. Investigators believe the fire started at a neighboring take-out restaurant, and quickly severely damaged five businesses along that stretch of Bailey.
DAVID HANDSCHUH 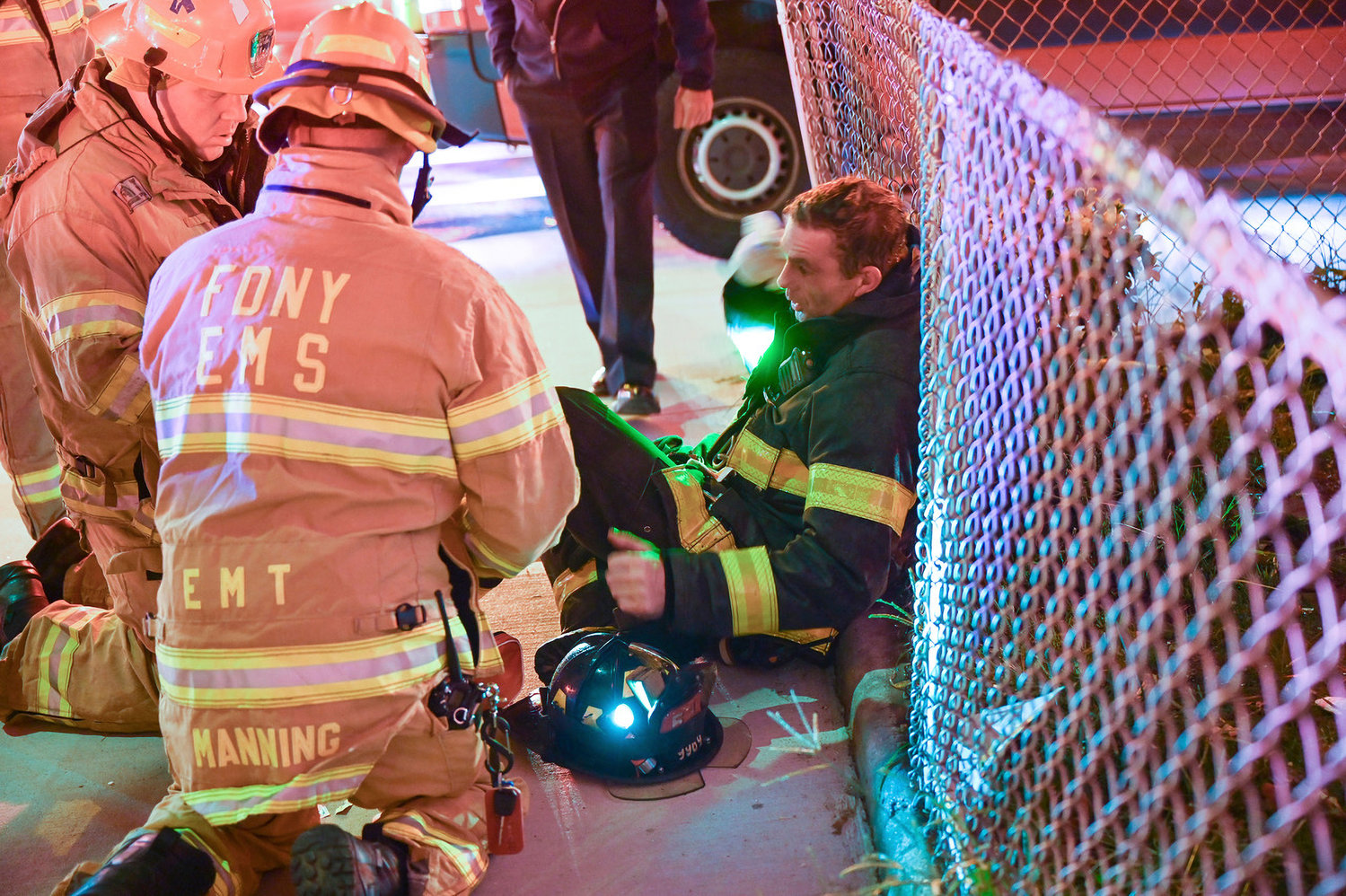 Firefighters take a quick break while fighting a four-alarm blaze in a business strip along Bailey Avenue just off West 238th Street. Investigators believe the fire started at Yeung Hing Restaurant at 3540 Bailey, and quickly spread to nearby businesses, including a bodega, two other restaurants, and a laundromat.
DAVID HANDSCHUH

Firefighters work to try and salvage as much of the Bailey Deli & Grocery store as they can as fire raced through the popular bodega on the corner of Bailey Avenue and West 238th Street. Investigators believe the four-alarm fire started in the nearby Yeung Hing Restaurant, and ultimately damaged four other businesses.
DAVID HANDSCHUH 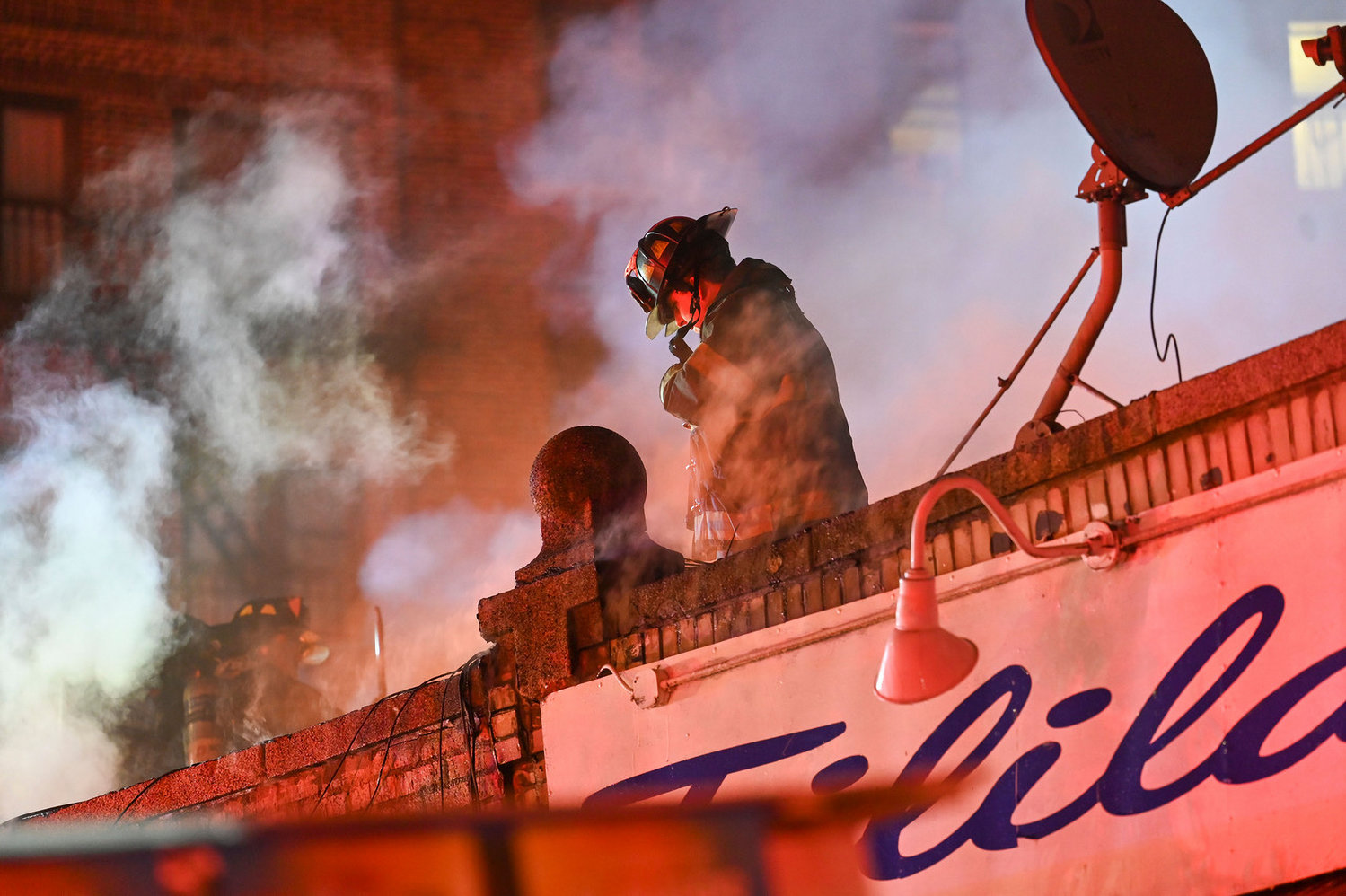 A lone firefighters surveys the scene of a four-alarm fire atop Tililá Casa Publica & Cocina during a four-alarm blaze near the intersection of Bailey Avenue and West 238th Street that ultimately damaged not only Tililá, but four other businesses as well.
DAVID HANDSCHUH
Previous Next
By ETHAN STARK-MILLER

A four-alarm fire tore through and heavily damaged at least five businesses on Bailey Avenue late Monday night, but of the more than 160 New York Fire Department personnel on the scene, only one was slightly injured.

The Chinese restaurant and deli appeared to suffer the most visible damage with their front windows blown out and much of their interior space scorched. Both Con Sabor and Tililá appeared to have some interior damage — although it was unclear how much — while some of the drop-down ceilings in the laundromat collapsed and its front display windows were destroyed.

Firefighters say they got the fire under control just after 1:30 Tuesday morning.

The cause of the fire is still under investigation, according to the New York Police Department’s 50th Precinct, although police have handed those reins over to the fire department.