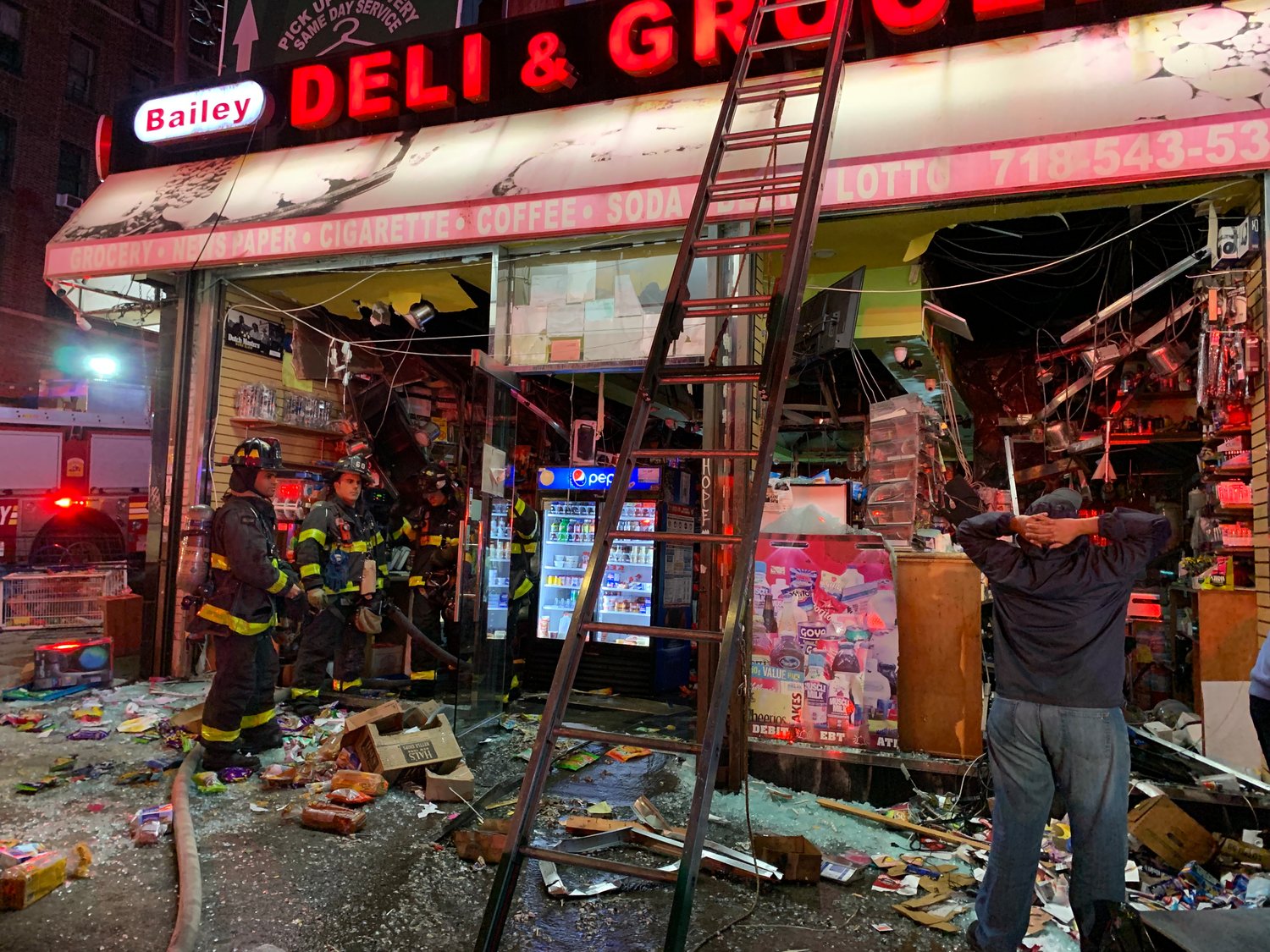 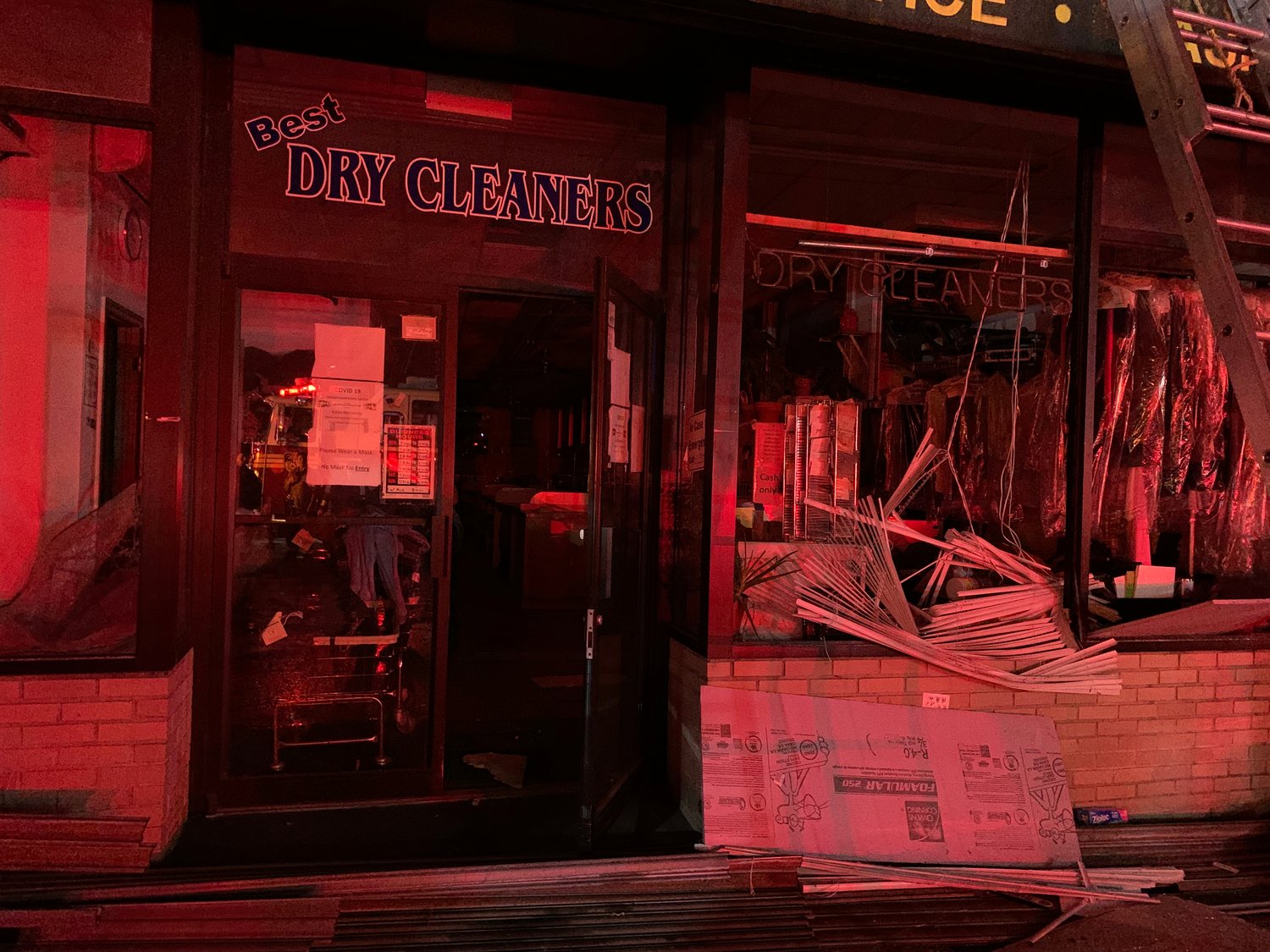 Best Laundromat at 3642 Bailey Ave., appeared to suffer some significant ceiling and front display window damage during a four-alarm fire late Monday night. Most of the existing clothes being stored there, however, appeared to have remained intact.
MICHAEL HINMAN 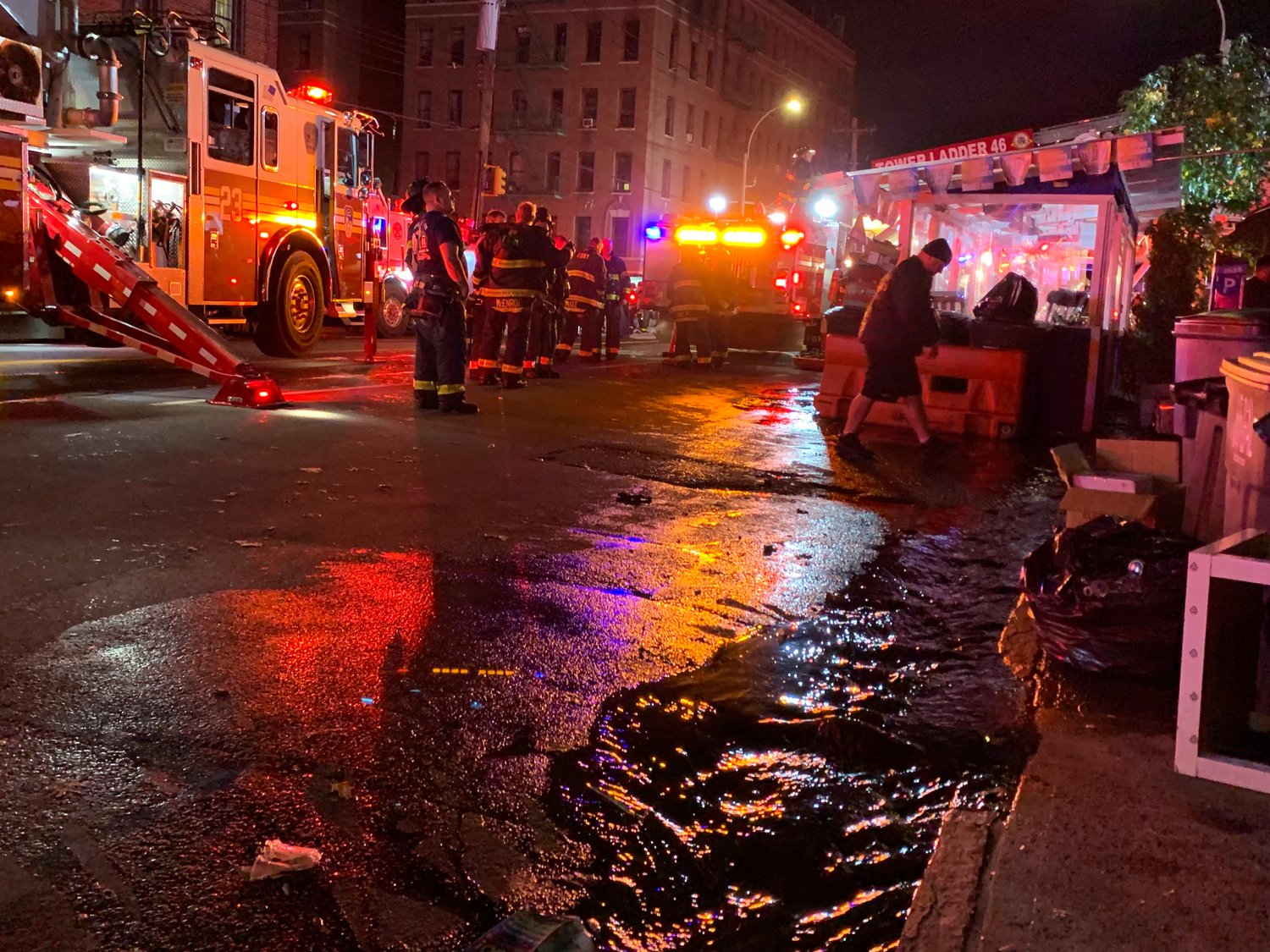 A river of water flows down Bailey Avenue as firefighters fight a four-alarm blaze late Monday night at Bailey Avenue and West 238th Street. It all happened near 181 W. 238th, where a fire destroyed a number of apartments in late September.
MICHAEL HINMAN 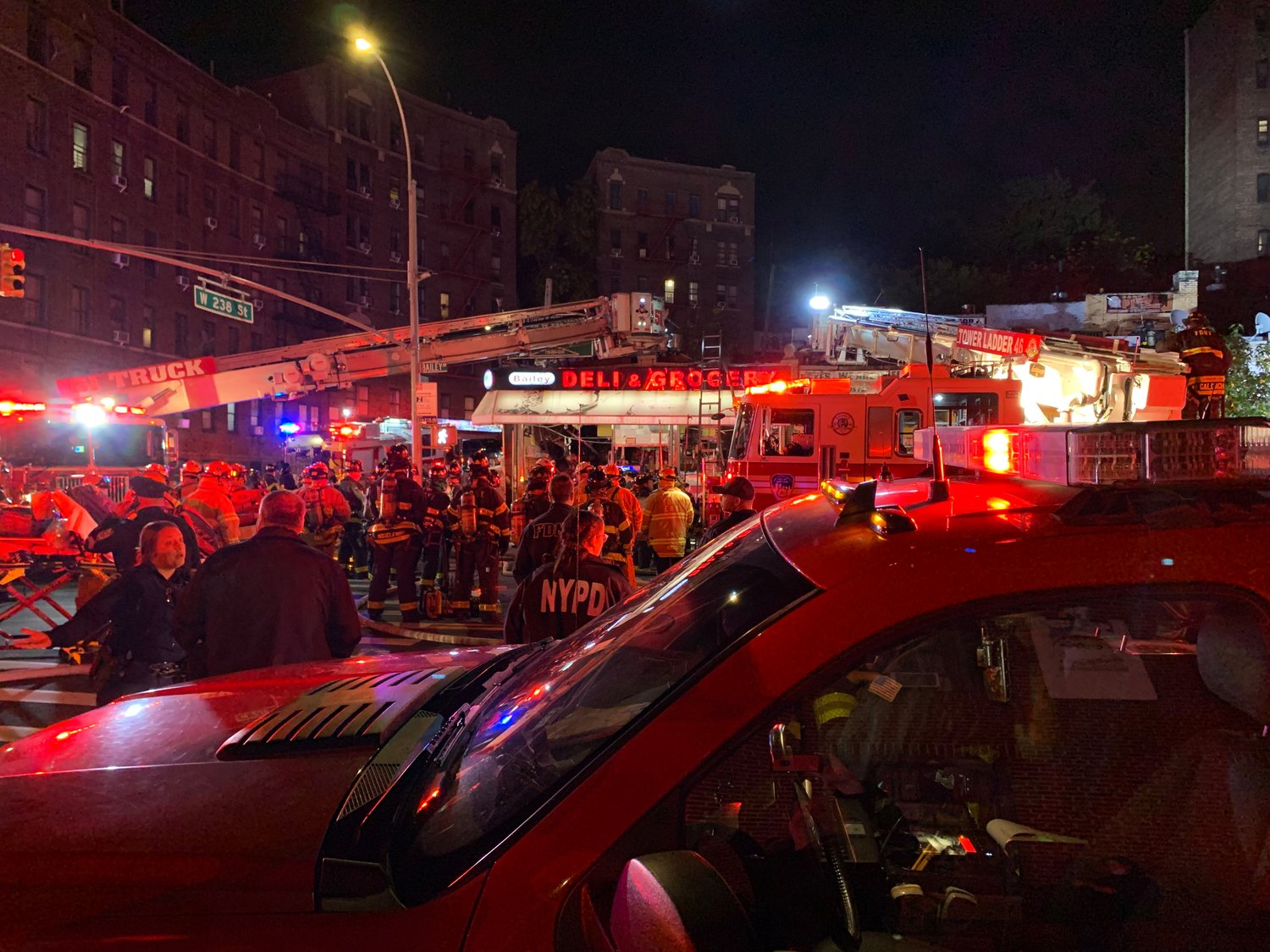 At least five storefront businesses were heavily damaged — if not destroyed — in a late-night blaze that brought out nearly 100 firefighters from multiple stations, and completely shut down the area where Bailey Avenue and West 238th Street meet.

First responders were first called out to Bailey Deli & Grocery at 3656 Bailey Ave., just after 11:30 Monday night. By the time they arrived, flames had already spread into neighboring businesses, according to one firefighter on the scene, including the Con Sabor Latino restaurant, Yeung Hing Restaurant, Tililá Casa Publica & Cocina, and Best Laundromat.

The blaze ultimately reached four-alarm status, according to the New York Fire Department's Twitter account, and was finally brought under control just after 1:30 a.m.

The bodega and the Chinese take-out restaurant appeared to suffer the brunt of the damage, with their front windows completely gone, and good portions of their interiors charred. Tililá and Con Sabor also appeared to suffer some interior damage, although the extent of it was not immediately clear.

The laundromat's front windows were destroyed, and it some of the drop-down ceiling in the back of the facility looked to have collapsed, possibly from water damage. Laundry-filled bags appeared to be mostly untouched, as well as an assortment of dry-cleaning that was hanging from a motorized rack.

Initial reports on the ground were that no one was injured in the fire, which happened just across the street from 181 W. 238th St., an apartment building that was heavily damaged by fire in late September that displaced a number of tenants.

This is a breaking news story