From Spuyten Duyvil with love 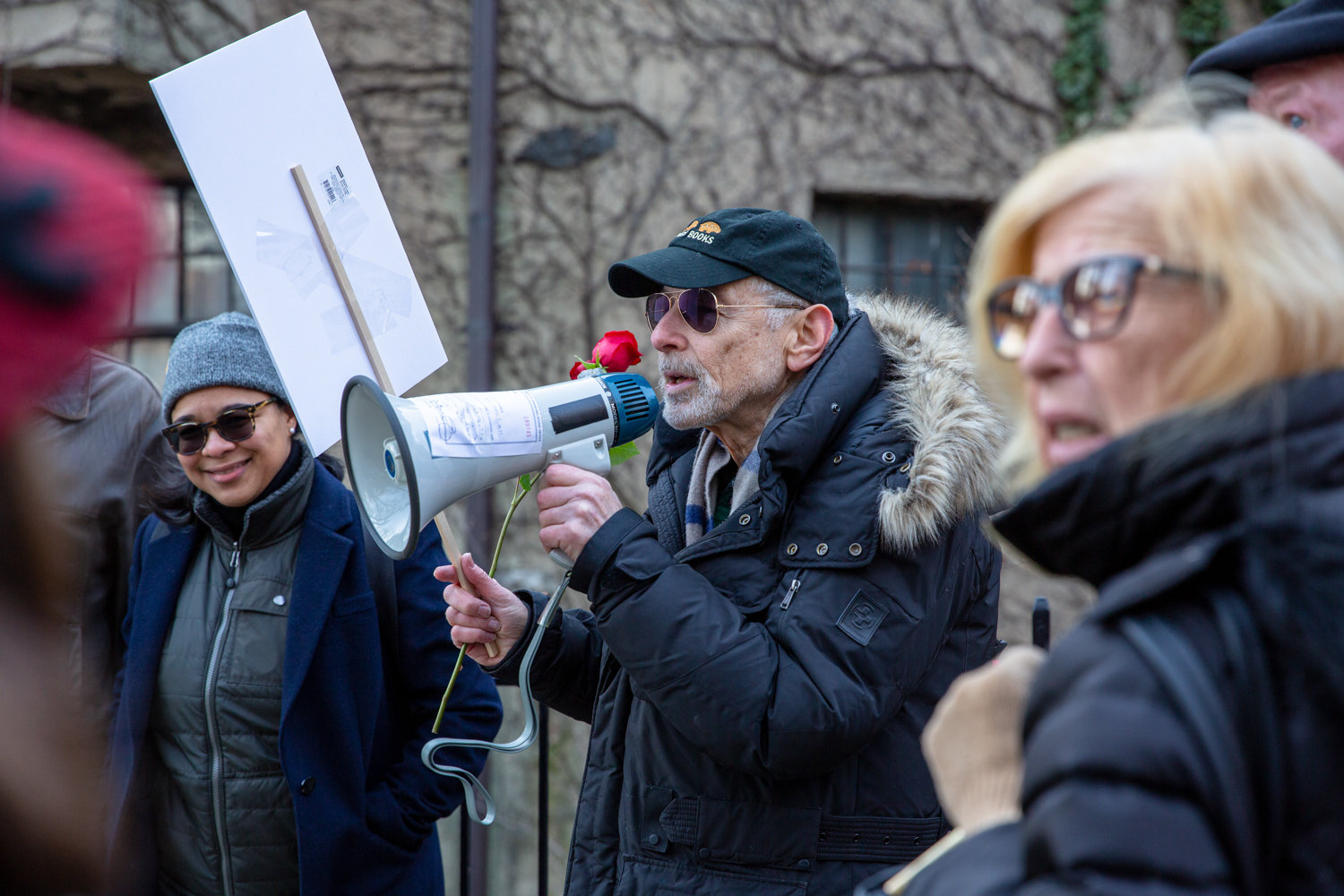 Perry Brass rallies a group of concerned neighbors in front of the sister buildings of the Villa Rosa Bonheur before leading the crowd to the threatened apartment building for a vigil in February.
EIAN KANTOR / File 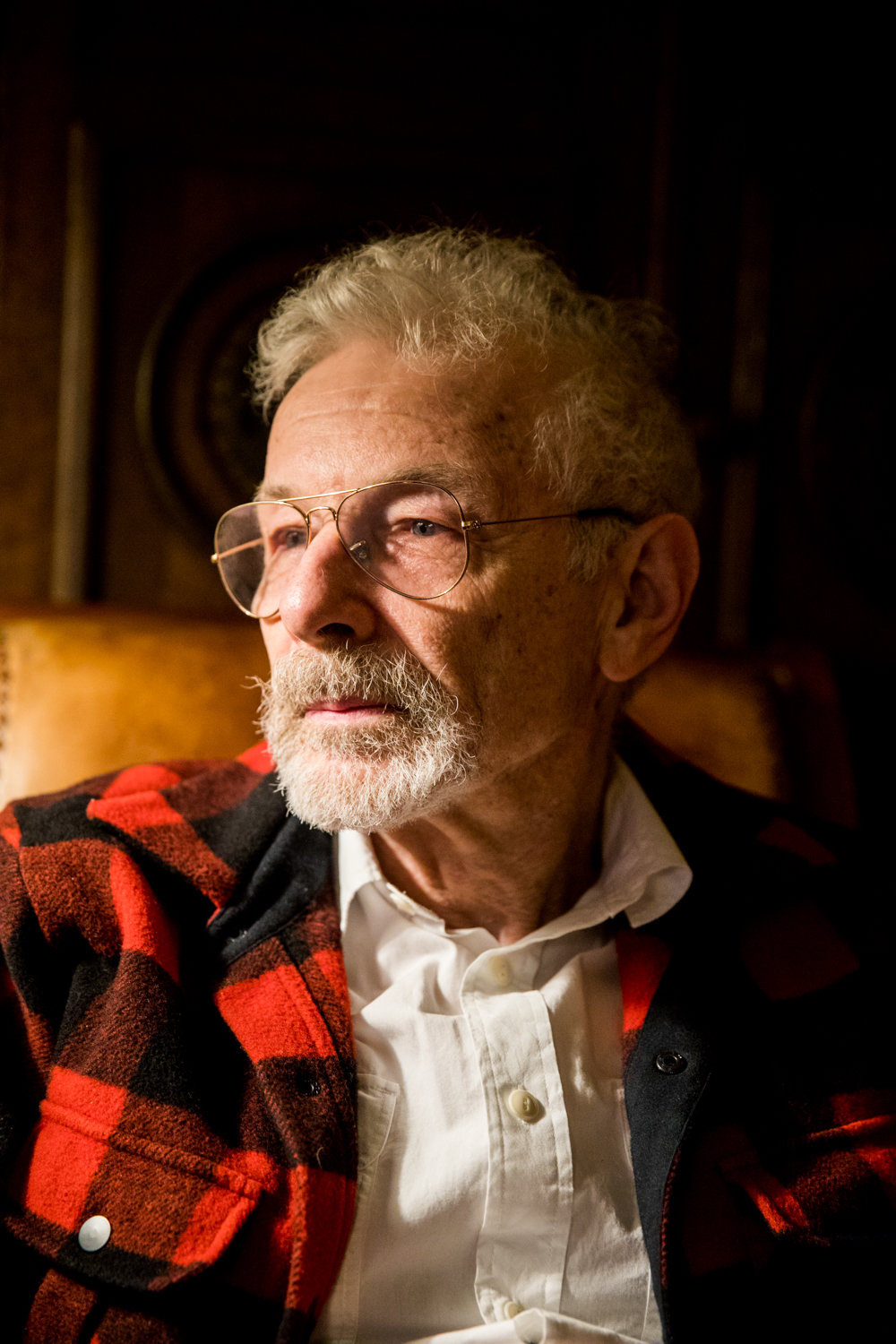 A writer and activist, Perry Brass has had a long, winding career. And as a Spuyten Duyvil resident for nearly 30 years, he’s been active in the community, particularly with efforts to save the Villa Rosa Bonheur apartment building.
JULIUS CONSTANTINE MOTAL 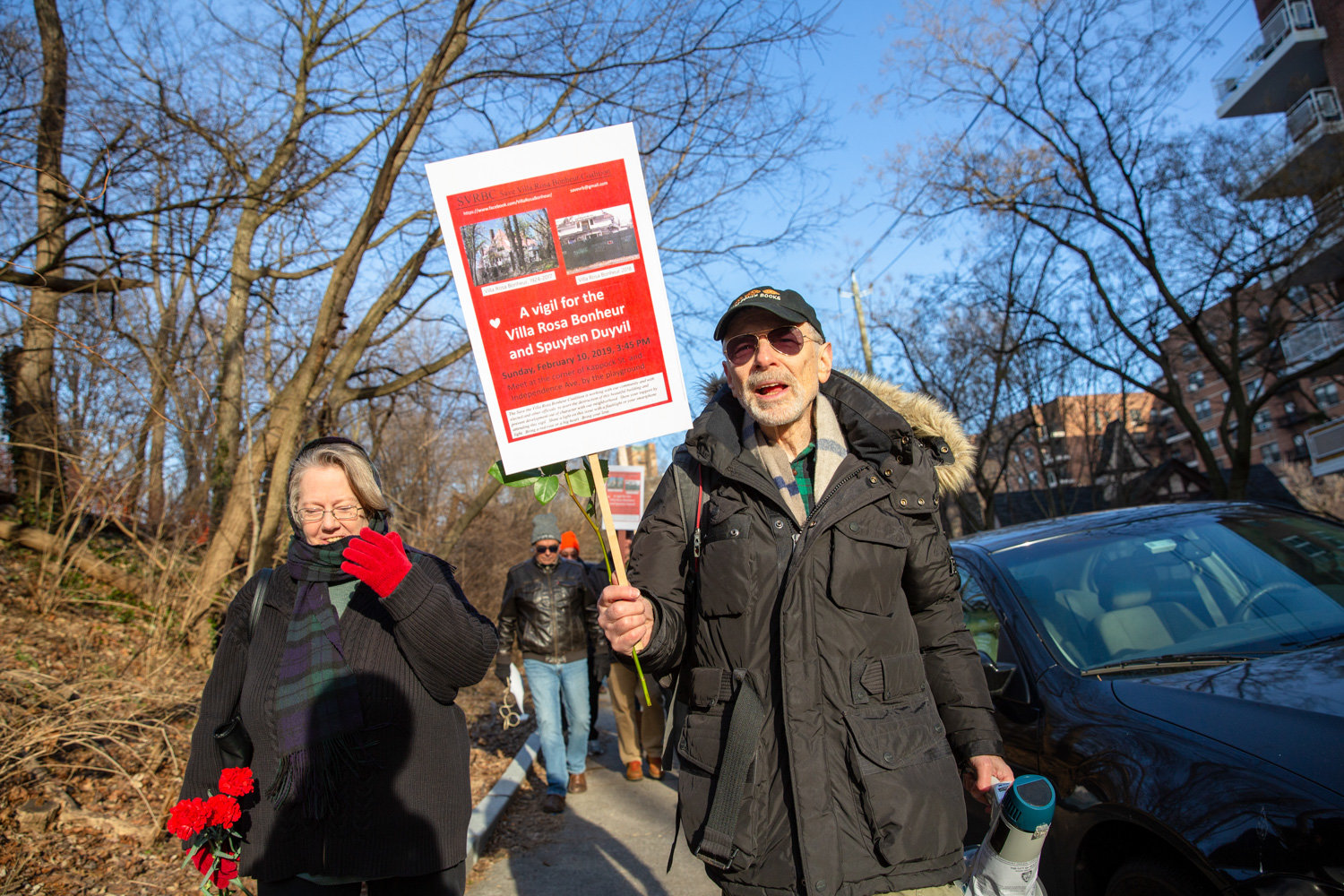 Perry Brass, right, and Jennifer Scarlott lead a group of community members toward the Villa Rosa Bonheur for a vigil in support of the historic apartment building in February. Brass lives in the Villa Rosa’s sister building, Villa Charlotte Bronte.
EIAN KANTOR / File 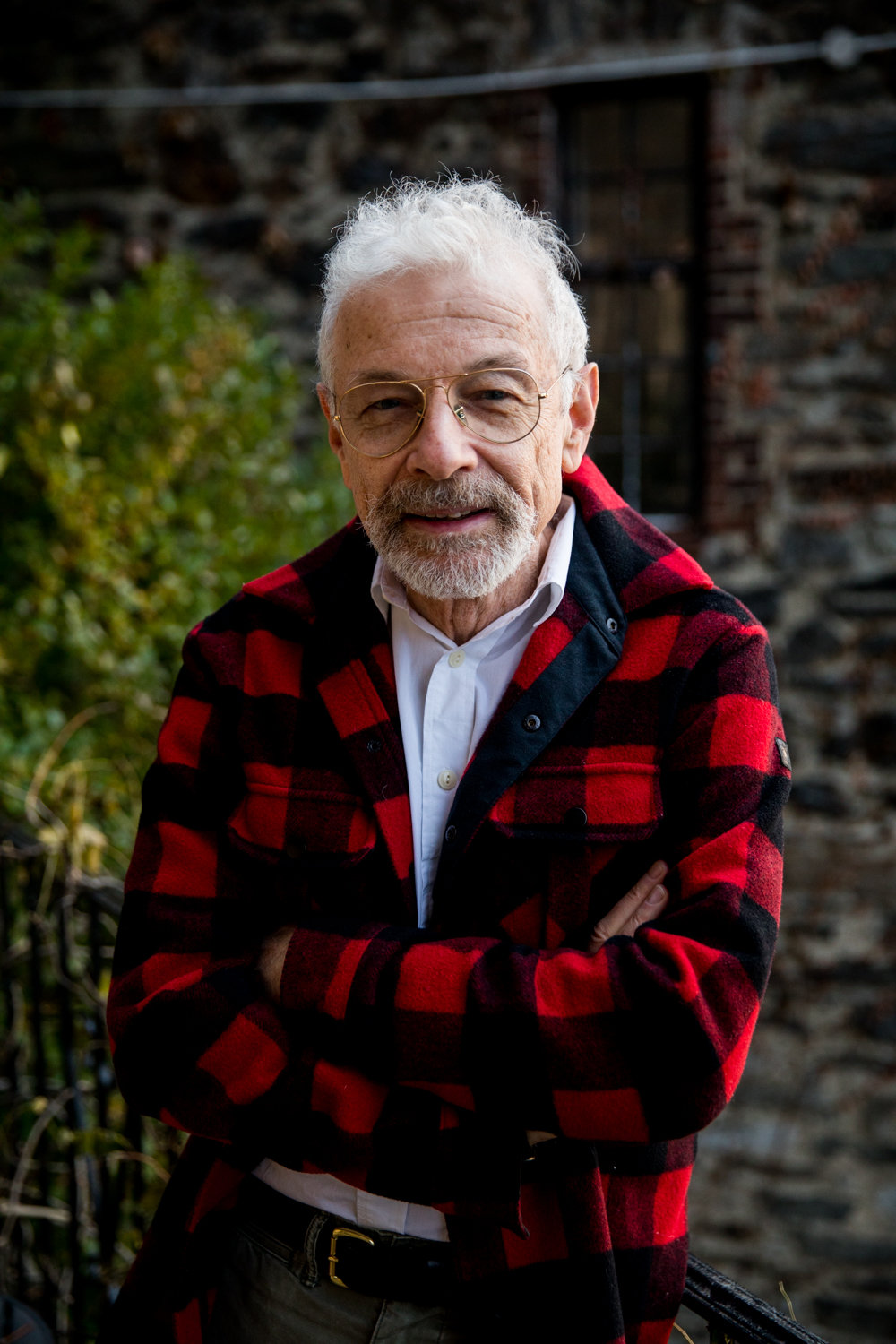 Perry Brass has called Spuyten Duyvil home for the last 30 years, and is an active member in the community, especially when it comes to preserving its character.
JULIUS CONSTANTINE MOTAL
Previous Next
By RAPHAEL LASSAUZE

A 1 train pulls into the West 231st Street station in Kingsbridge. On the side of it, rainbow flag decals in the shape of hearts.

Just 28 stops to the south is Christopher Street in the heart of Greenwich Village, the epicenter of the gay rights movement 50 years ago. In a photo of a crowd gathered outside of the storied Stonewall Inn soon after a 1969 police raid on the site — a shouting mass of those tired of being hated and demonized — there is a smiling, long-haired young man excited for a free future.

That young man is Perry Brass. Now 72, Brass is as excited and active as he was at 21.

And Brass has done it all. He was a member of the Gay Liberation Front and regular contributor to its newspaper, Come Out, the last three editions of which published from Brass’ Hell’s Kitchen walkup.

“The ‘60s was when things were changing,” Brass said. “The late ‘50s button-up grip was finally loosening.”

Brass contributed to LGBTQ publications all around the country after escaping the dangerous and oppressive political and social climate of Georgia at 17. In New York, Brass wrote for underground gay magazines.

Many of those publications have disappeared beyond mentions in old phone books. Though not all are mere mentions.

“I was in the first anthology of gay poetry and work ever,” Brass said, with a smile. “I was the second youngest. It was called ‘The Male Muse,’ from 1973. I’m still anthologized now and then, though not as much before.”

Not for lack of trying. While living in suburban Connecticut with his husband, Brass aimed to not only publish a novel, but sell it, too. In 1990, he founded Belhue Press, and in a mere six months published “Mirage” which, in Brass’ own words, sold like mad.

“Barnes & Noble had it on their 100 books to look out for. There’d never been a gay book like it,” Brass said. “I knew it would find the right audience.”

Since then, Brass moved to Spuyten Duyvil and published 19 more books. Be it fiction or self-help, erotica or poetry, Brass’ work is imbued with LGBTQ themes and filled with the sexual liberation and passion from the ‘60s.

“When you’re out and queer and having gay romantic relationships, it can be amazing,” Brass said.

Brass isn’t without his concerns, however.

“Now, you have young people coming out and they’re attacked constantly,” he said. “We didn’t have cyberbullying when I was that age.”

If LGBTQ fiction was an effective retreat from oppression and a definer of identity, Brass says that it’s going to be harder to find good work.

“Amazon censors books,” Brass said. “They killed the queer bookstore. No way they could compete with Amazon. Facebook hurts them, too.”

In 2016, Brass said his social media post advertising his book, “The Manly Pursuit of Desire and Love,” was taken down, inciting outrage from the author.

“What, I can’t advertise that?” Brass asks. “You can find explicit advertisements on Facebook. But they take mine down saying it’s too much. That’s censorship.”

Despite this, Brass has managed to live in a gorgeous villa. Naturally, he has taken quite a shine to the area.

“I love living here,” Brass said, smiling, “I don’t know how I could have lived the last 25 years of my life if I didn’t live here.”

After decades of action, Brass has been content with the Hudson view and the pure orange sunset that bleeds into his living room, illuminating carpets and books and pens. He feels the need to defend the area from those who wish to, in his words, hurt it.

“I joined the Spuyten Duyvil Coalition,” Brass said. “We have to defend low-density areas like this from illegal development. They want to destroy the Villa Rosa Bonheur and put up a giant building with tiny apartments. It’s wrong.”

It’s in Spuyten Duyvil that Brass has managed to continue his mission of spreading queer literacy. He wants to defend the serenity of an area where he’s been able to write and publish many works of art. His most recent book, a memoir titled, “A Real Life, Like Mark Twain with Drag Queens,” was published in September.