Gems in the dirt — Creating art from the ground up 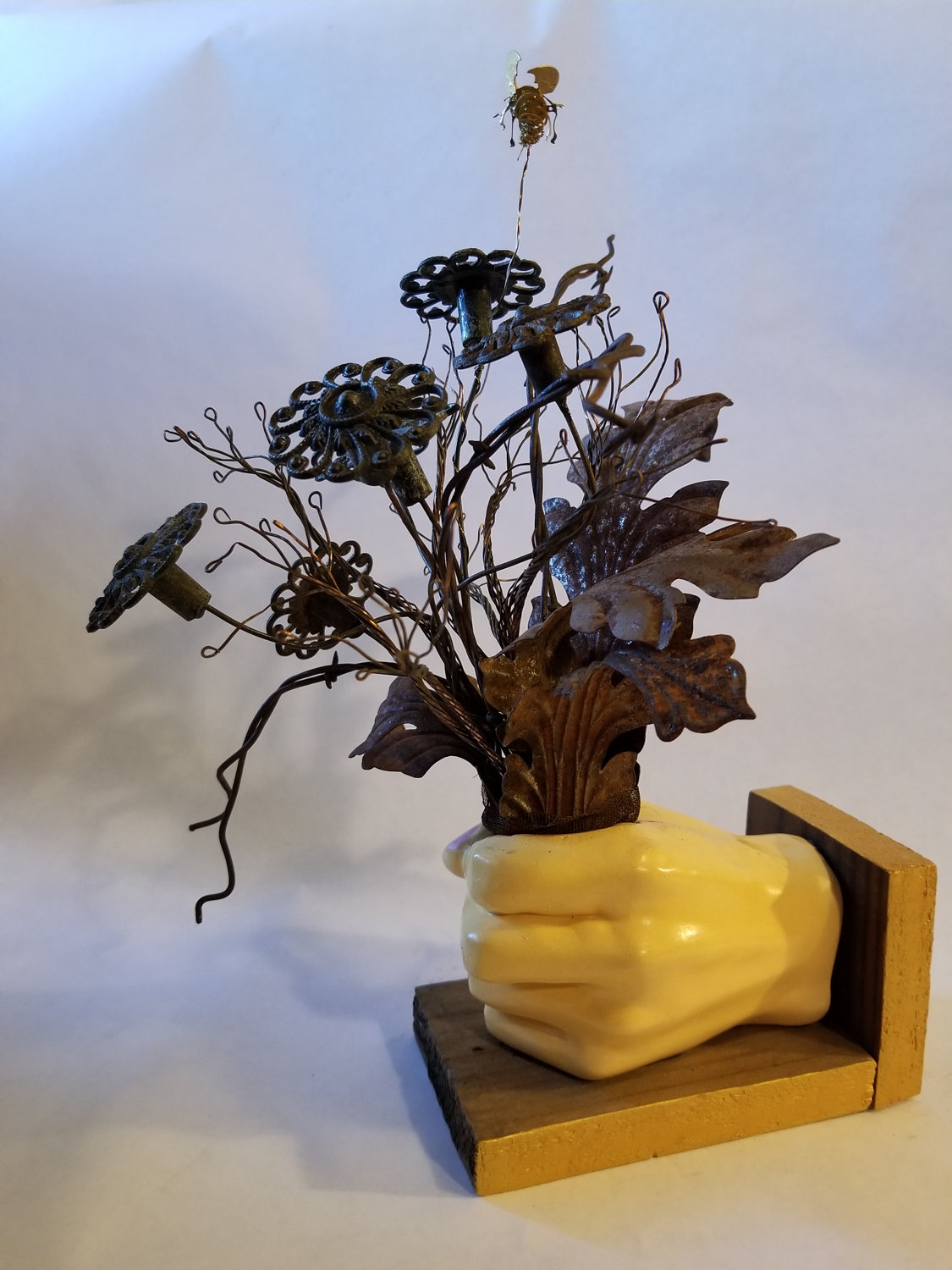 Suzanne Hockstein works with found materials, which are random objects selected to create art, which often includes metals, wood, and other unconventional elements. An exhibition of her work, ‘Ten,' will be on display at An Beal Bocht Cafe throughout February.
Courtesy of Suzanne Hockstein 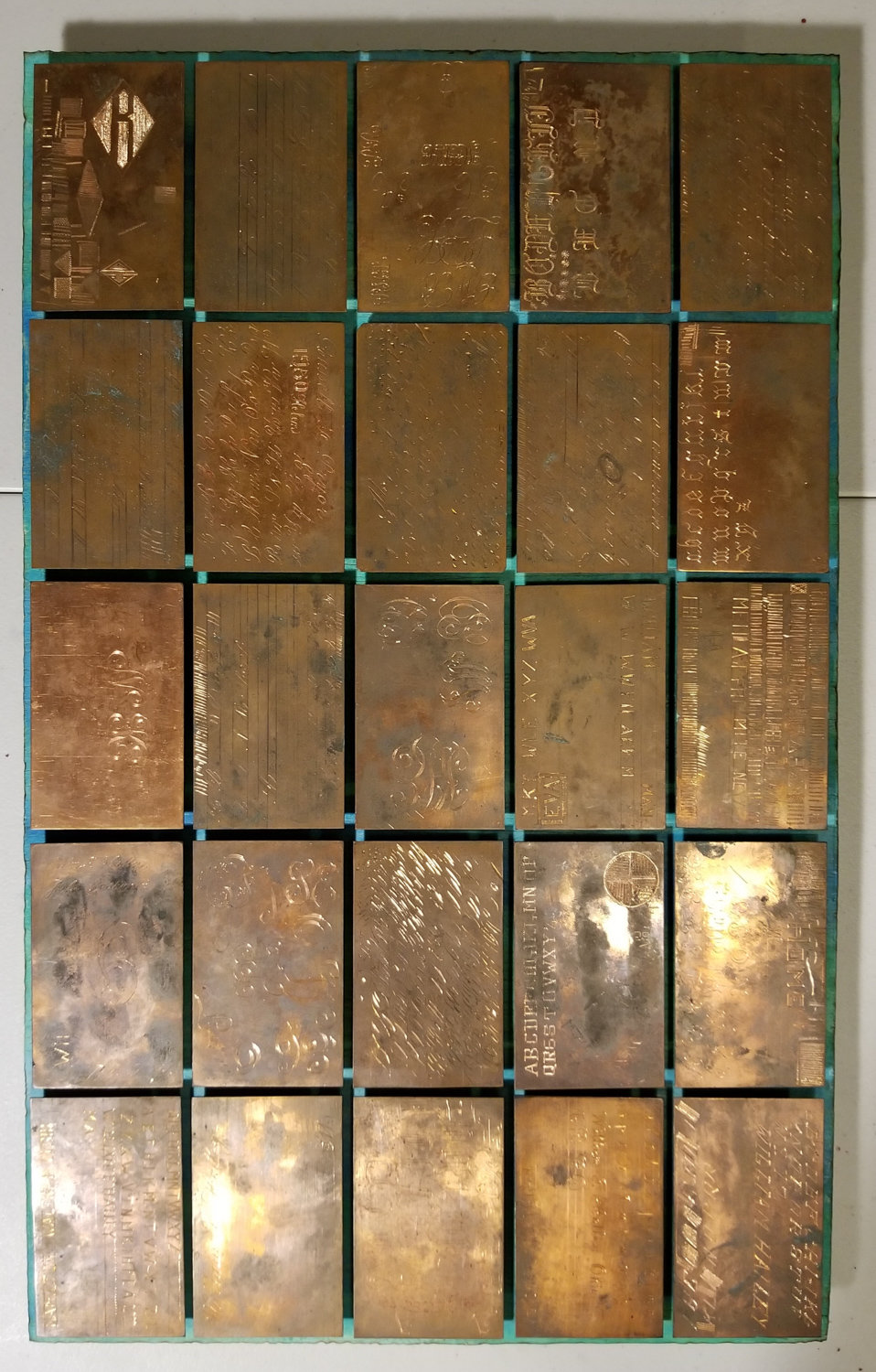 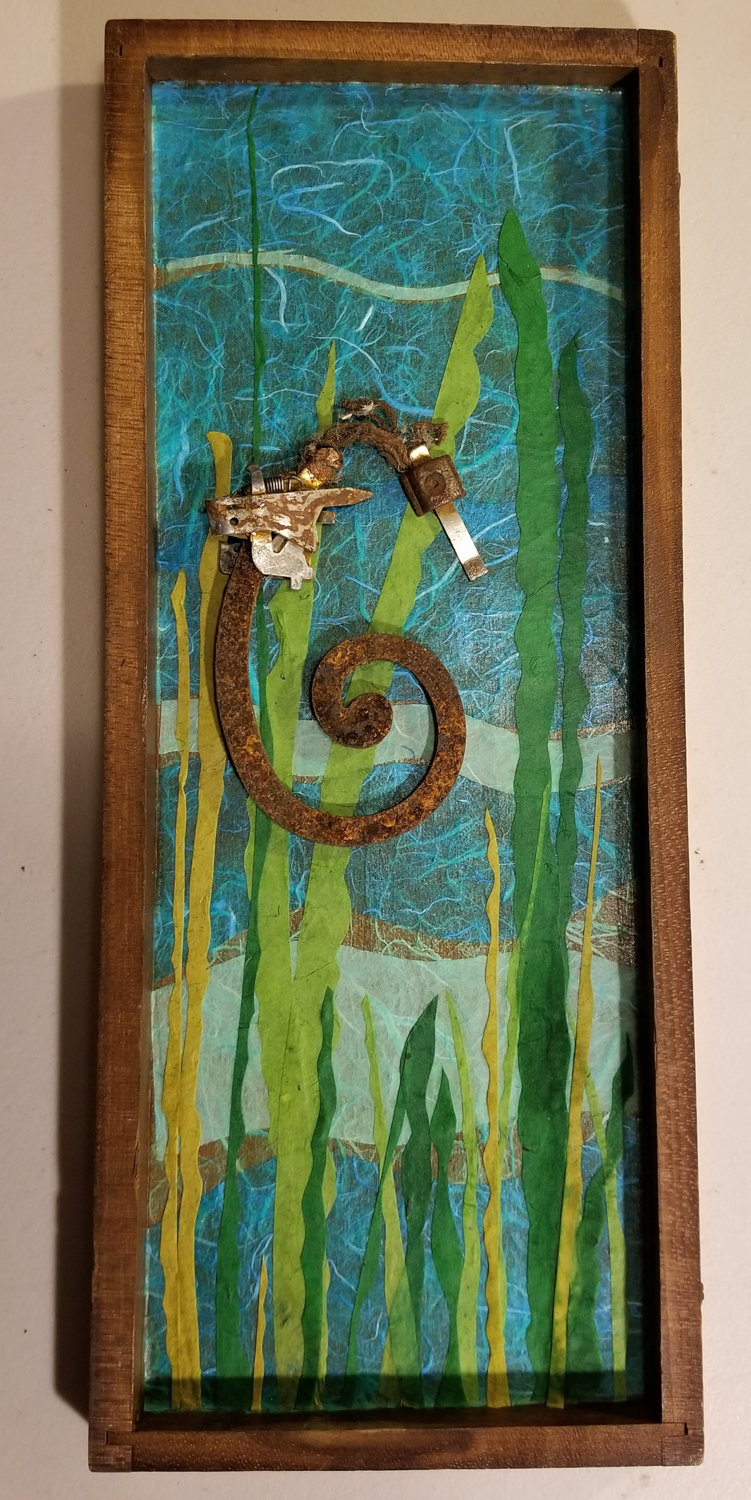 Suzanne Hockstein found the metal pieces for her sea horse artwork in the parking lot of a Home Depot. An exhibition of her work developed on her walks around the Bronx, 'Ten,' will be on display at An Beal Bocht Cafe throughout February.
Courtesy of Suzanne Hockstein

The exhibition 'Ten' brings together work by Suzanne Hockstein, created from materials she's largely found from walks in the Bronx. It is on display at An Beal Bocht Cafe throughout February.
Courtesy of Suzanne Hockstein 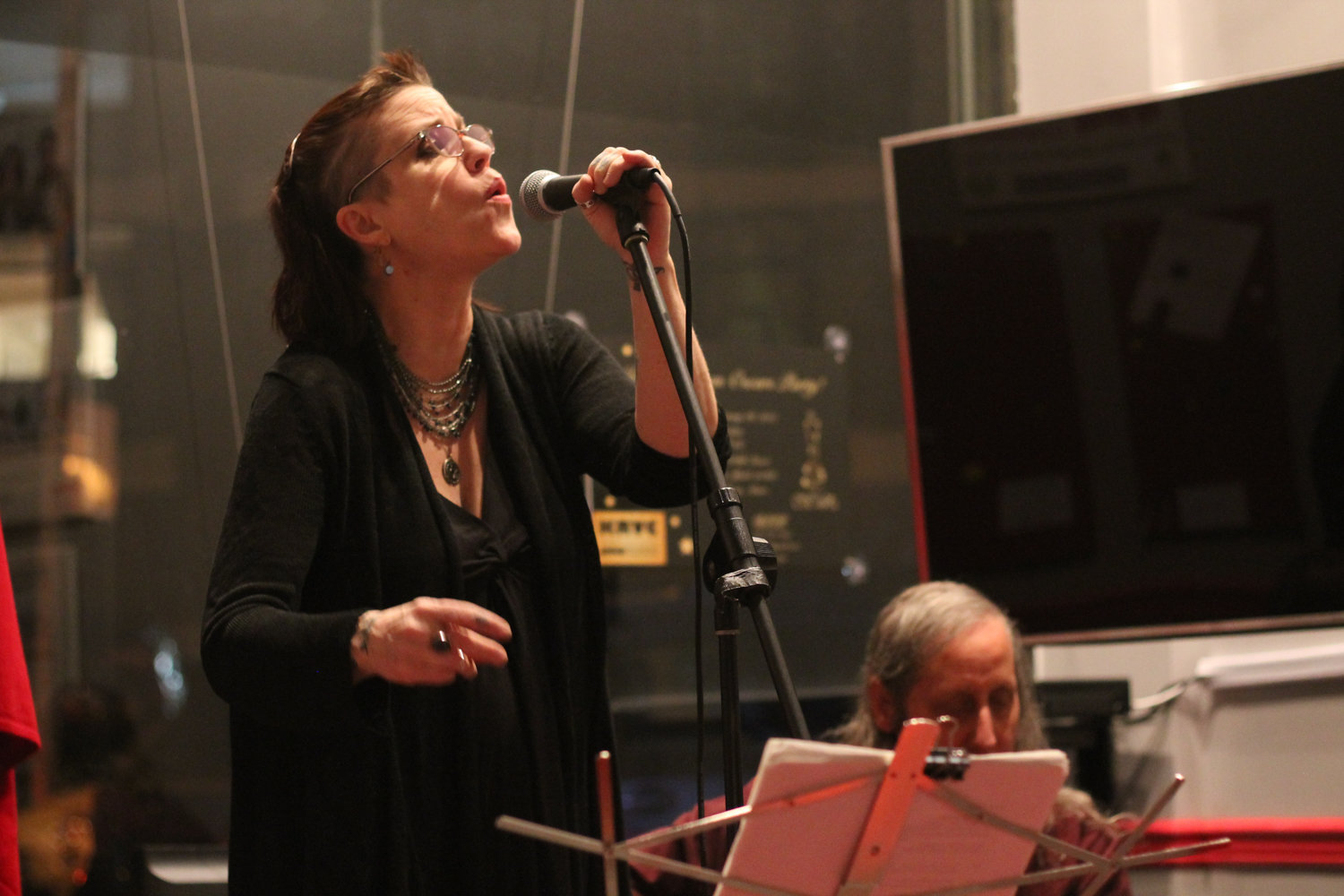 In addition to her artwork, Suzanne Hockstein is the lead vocalist for the band Seeing Voices, which performs regularly at An Beal Bocht café. The West 238th Street establishment is also where an exhibition of her work, 'Ten,' will be on display throughout February.
Courtesy of Suzanne Hockstein
Previous Next
If you go ...

At first glance, Suzanne Hockstein seems like any other punk rock mom, with dyed hair and tattoos on her arms. In truth, her past could cover the whole history of mid- to late-20th century counter-culture, almost making it look hopeful, ecstatic and even energized for the future.

“It’s a bit of a long story,” Hockstein said. “But the long and the short of it is I was 17, I was a member of The Farm, my husband and I left and began a ton of art projects and services right here in the Bronx. Haven’t stopped.”

Indeed, Hockstein’s association with hippie culture flowered into something very real and intense in a city setting. Founded in 1971, The Farm was the largest commune in the United States. Located in Tennessee, its population peaked at 1,500. Hockstein joined with her husband in 1977 to explore themselves and their art. They stayed until the commune converted into what Hockstein referred to as a societal American village structure.

“So naturally we went to the South Bronx in 1980,” Hockstein said. “Just as the ‘burning Bronx’ was really getting going, we came. We were squatters in a brownstone down there for years.”

They joined Plenty, a non-profit assistance group, and began running the South Bronx branch out of their claimed brownstone, which also housed nearly 50 other impoverished people.

The state of the Bronx was so dire at the time, Hockstein remembers, that the response time for an ambulance was almost 30 minutes.

Too long, she thought.

“At that point, you’re dead three times over,” Hockstein said. “So we had an idea – just run our own ambulance service.”

After taking emergency response and nursing classes, Hockstein and her husband utilized an intricate community network to reach those who were hurt. According to Hockstein, the police and regular ambulance had her landline on tap, for whenever they knew they couldn’t reach an area. Husband Richard was a paramedic for 27 years.

Through it all, the couple managed an entire household of people, their own families, and still managed to journey over to the Northwest Bronx to play gigs and host art shows at An Beal Bocht Café throughout the 1990s.

“We came here when we were 20,” Hockstein said. “We fell in love with the city even though it seemed like it was dying to some people. We kept playing music. I had two kids. I taught art classes and was a nursery schoolteacher for 15 years. I’ve never stopped.”

On paper, Hockstein is now retired — retired from saving the South Bronx. Retired from teaching children. But certainly not retired from music, painting, sculpture, and everything in between — the kind of work she’s been presenting and playing for decades.

Even before she retired, her work could be found on display at An Beal Bocht virtually every year. This year, however, is the first where found art — or artwork made from various material discovered during everyday activity — is the main event at the gallery.

Through strolls and running errands around the borough, Hockstein will stumble upon something she finds interesting and transform it to something much more. A sea horse, created out of a found piece of rust in a Home Depot parking lot, as well as another found piece of rusted metal converted and cleaned into what she refers to as a minor fire demon.

“This is my 10th show at An Beal,” Hockstein said. “Most of it is collage and assemblage work, which is what I’d call myself as an artist anyway. I could never draw, so I call myself a paper cutter, too.”

Hockstein’s show also includes a double performance by her band, Seeing Voices, a blues psychedelic group that has her husband on guitar, Steve Giordano on bass, and Joe Guzzardo playing drums.

“Our name’s based on a concept in deaf studies,” Hockstein explained. “Imagine someone loses a limb. They may have phantom limb after that. If you were born with hearing then lost it over time, when you read someone’s lips, you have this voice playing in your head. That’s what seeing voice is about. I loved that concept. I studied sign language for years and years.”

Hockstein tries to reveal the name’s roots in the band’s music – striving to create an environment that matches a feeling that’s now lost. With 35 original songs under their belt, the band says they’re ready to put out an album, but release dates are unclear.

After so many years of balancing intense living, constant work, child rearing, teaching and making art, Hockstein and her husband now live in a calm section of the East Bronx.

It’s a good place to live, she said, but it’s not good for much else.

“It’s boring,” Hockstein admitted. “I drive to An Beal Bocht and that area because there’s much more going on there than people really know. It’s exciting, it’s vibrant, something more is always happening. I want to stick to the Bronx. This is my home.”