Good cause eviction bill may have a real chance in Albany 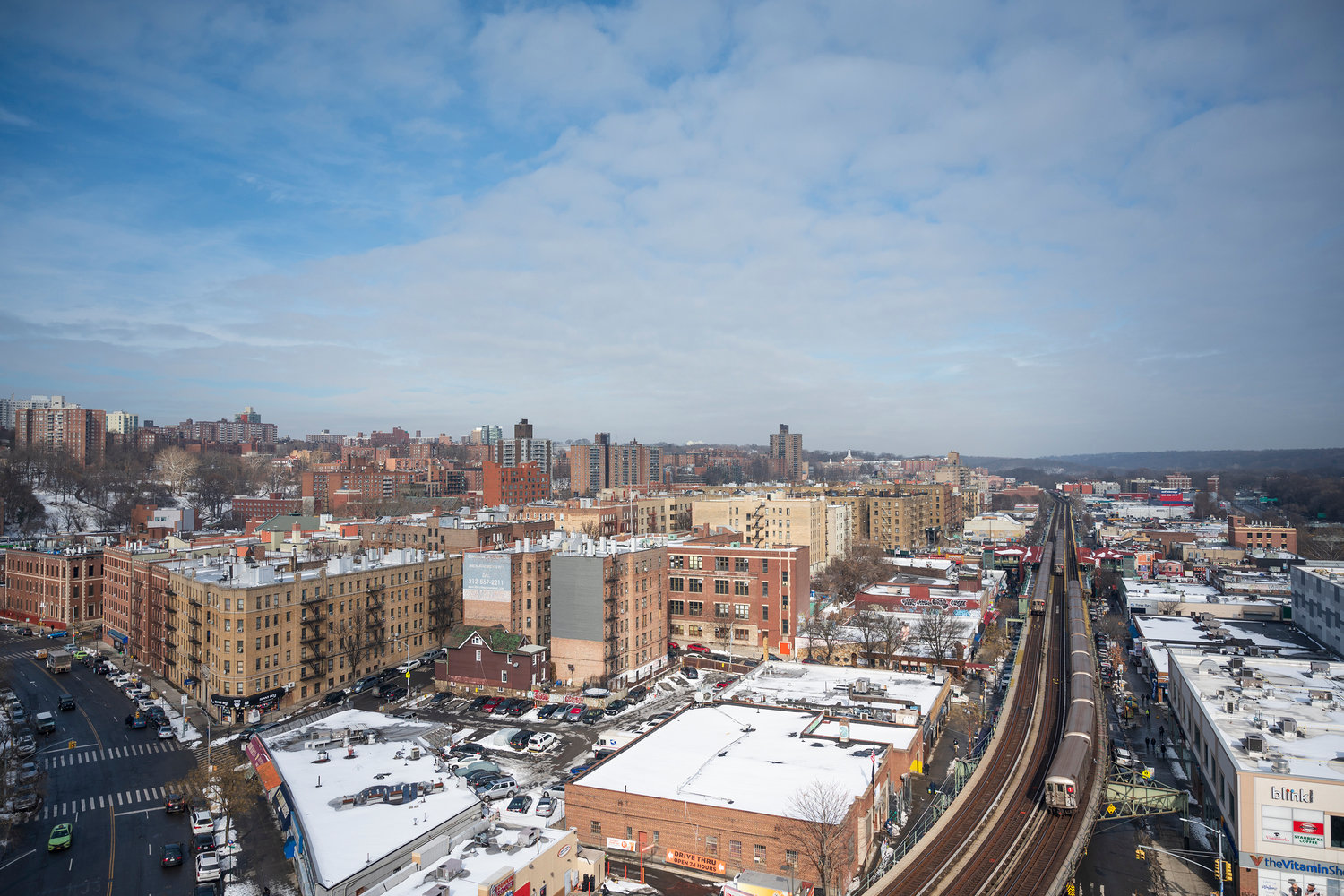 Housing advocates hope to have the Good Cause Eviction bill passed before state legislators leave Albany this summer. The bill would make it harder for landlords to evict tenants who pay their rent on time or raise their rent above a 3 percent threshold.
Hiram Alejandro Durán 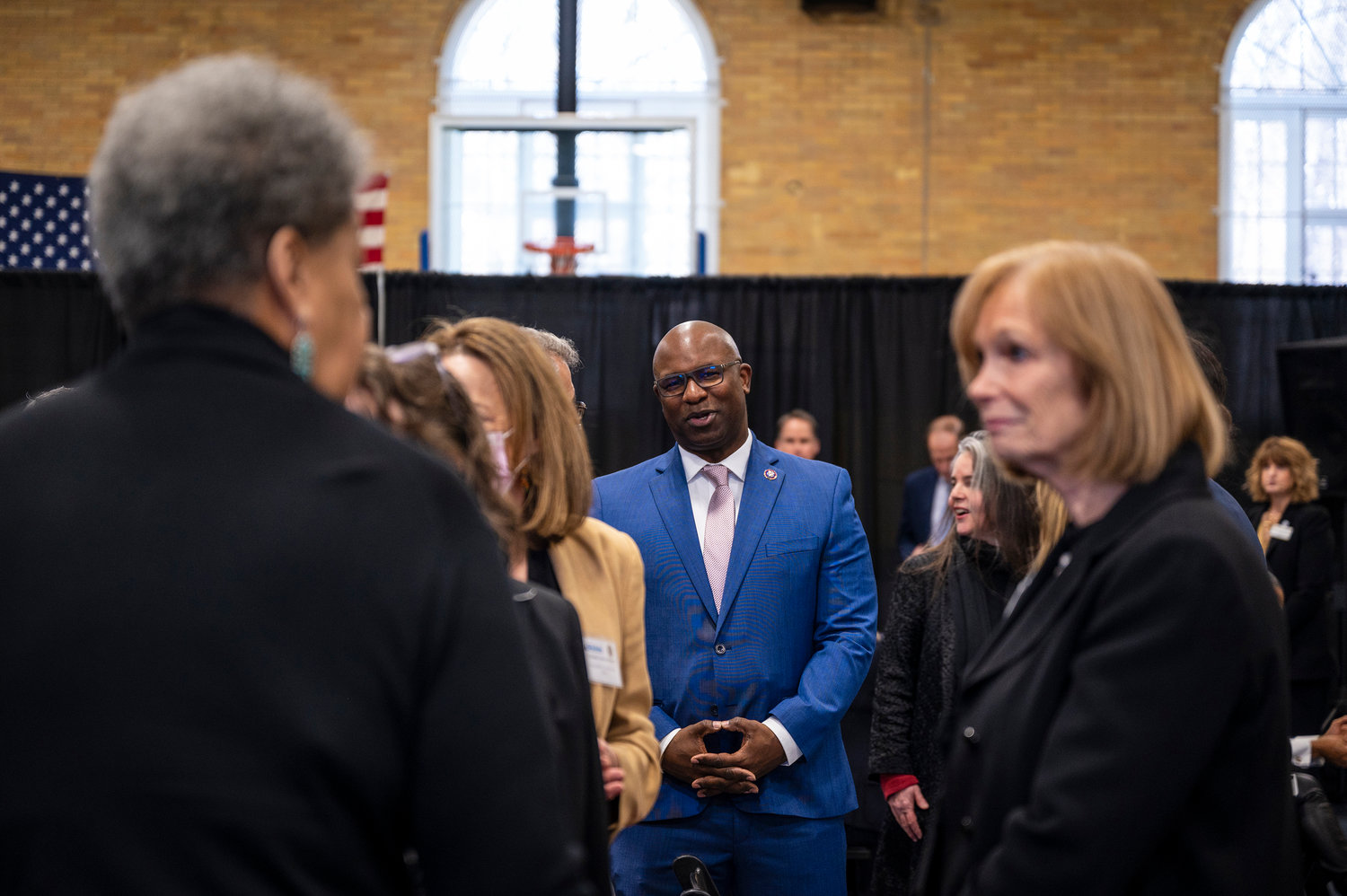 Congressman Jamaal Bowman is calling on Gov. Kathy Hochul and state lawmakers to pass the Good Eviction Cause bill. The proposed law would make it harder for landlords to evict tenants who pay their rent on time or raise their rent above a 3 percent threshold.
Hiram Alejandro Durán
Previous Next
Support journalism

New York is a tenant-friendly state — depending on who you ask.

For tenants who deal with the high rising cost of rent in the outer boroughs — it’s not as friendly as many would have you believe.

If you’re a landlord who’s been trying to get a tenant evicted due to non-payment or any another reason, you may find it to be too tenant friendly — especially during the pandemic.

But if housing advocates have their way, it may soon get even harder for landlords to evict tenants.

“I’d say, it’s a really important bill as far as our tenants” are concerned, said Christian Amato, a Democratic state senate candidate. “That’s why it’s a ‘must’ that we support it,”

The support for the bill is a top priority on Amato’s campaign platform.

It is designed to protect good tenants who pay their rent regularly on time with very few exceptions. Under the new law no-fault evictions would come to an end and allow automatic lease renewals for tenants in good standing.

The bill would also prevent landlords from raising the rent on tenants more than 3 percent without a “good cause” justification.

Landlords would then have to battle tenants in court if they attempted to evict them for simply not paying the new, higher rent, above the 3 percent threshold.

For those who oppose the bill like Homeowners for An Affordable NY — a group of landlords’ associations – there’s nothing good about the Good Cause Eviction bill.

But not all landlords in the city would be affected by the proposed bill. The bill in question would generally affect buildings with market-rate apartment units.

The law wouldn’t exactly be new to the state. It already exists in cities like Kingston, Newburgh, Hudson, Poughkeepsie — in the Hudson Valley — and the state capital, Albany. However, the law would expand to include counties across the state.

Needless to say — it would have a dramatic impact in New York City because of its large population density.

Advocates like Amato hope to see the “Good Eviction Cause” bill passed before law makers leave Albany for recess this summer.

The bill was sponsored by state Sen. Julia Salazaar of the 18th senate district, and co-sponsored by 21 other state senators including Alessandra Biaggi.

But Biaggi isn’t the only elected official in the area to support the bill.

Assemblyman Jeffrey Dinowitz has also thrown his name behind the growing list of supporters.

For the assemblyman — the bill falls in line with efforts he’s made to protect tenants from eviction in the past through a pair of landmark bills he’s sponsored; the COVID-19 Emergency Eviction and Foreclosure Prevention Act and the Tenant Safe Harbor Act.

“Keeping people in their homes has been my top priority during the pandemic and before,” Dinowitz said. “The Good Cause eviction standard builds on this work by giving every good tenant in New York the ability to stay in their homes as long as they keep paying their rent.”

Dinowitz pointed out that the legislation would essentially allow tenants to challenge excessive rent increases or non-renewal of their lease in court but did point out that it would exempt buildings of small property owners who live on-site.

“I strongly support this legislation,” Dinowitz said. “And although it faces an uphill battle in the Legislature from various parts of the state — I believe it needs to be one of our top priorities so that all New Yorkers can maintain stability in their homes.”

Last week U.S. Congressman Jamaal Bowman came out in support of the bill – appealing directly to Gov. Kathy Hochul and the state legislature.

“I urge Gov. Hochul and state leaders to support the Good Cause Eviction bill that offers protections to more than 1 million renters,” Bowman said on Twitter. “Every person deserves the security to have a reliable roof over their head.”

Bowman has been a longtime advocate for issues on housing — including those impacted by race.

Many residents across the city already enjoy tenant protections in apartment units that are rent stabilized, rent control, public housing, Mitchell Lama or Section 8 housing. Property owners in much smaller tenement buildings would also be exempt from the law,

Landlords like Mark Stagg — who owns several multi-family apartment buildings — aren’t as worried about the impact of the bill.

“For rent stabilized units we don’t really raise rent in the Bronx,” Stagg said. “Ninety-five percent of my portfolio is rent stabilized. So, it’s kind of something we’re used to.”