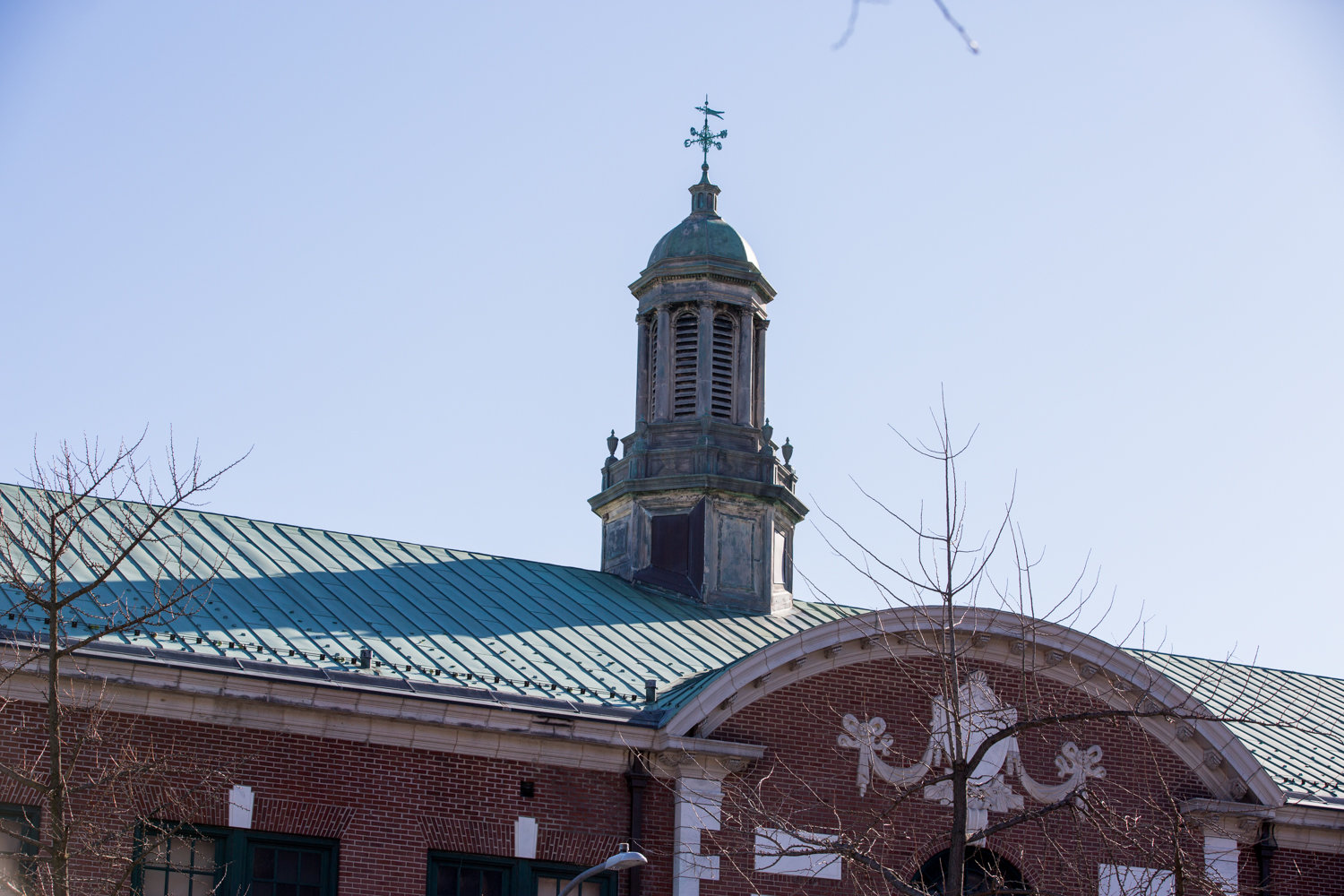 P.S. 81 Robert J. Christen is at the center of a battle over roof work, which was expected to start before Christmas but has yet to get under way. Construction requires the installation of retention tanks in nearby Sid Augarten Field, which the North Riverdale Baseball League hopes won’t interfere with the upcoming season.
JULIUS CONSTANTINE MOTAL 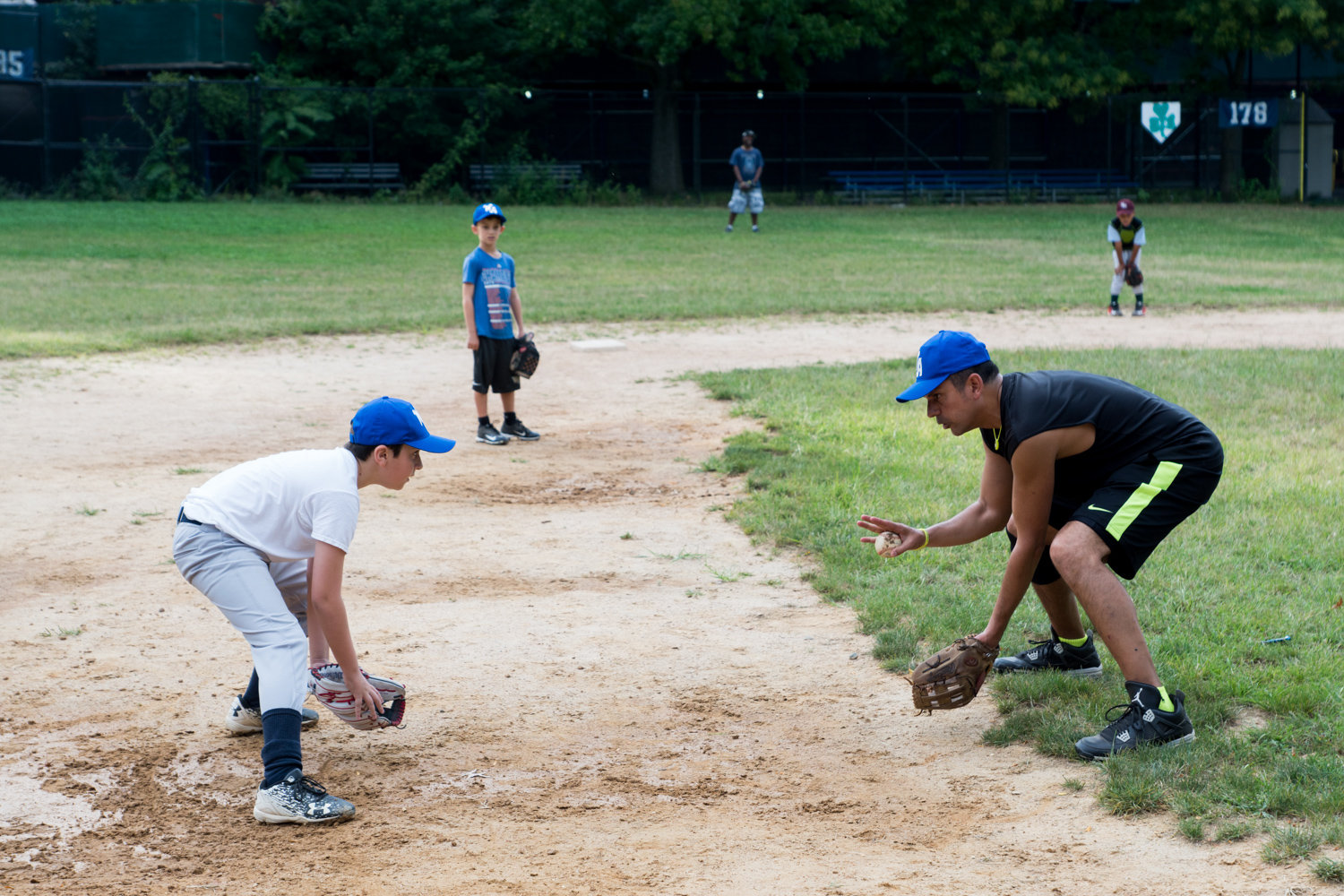 Baseball season is on the horizon in the next few months at Sid Augarten Field, but that could be thwarted if roof construction gets underway at P.S. 81 Robert J. Christen. What does a school roof to do with a baseball diamond? A lot when part of the work requires the retention tanks to be installed at the baseball field to offset flooding.
JULIUS CONSTANTINE MOTAL / File 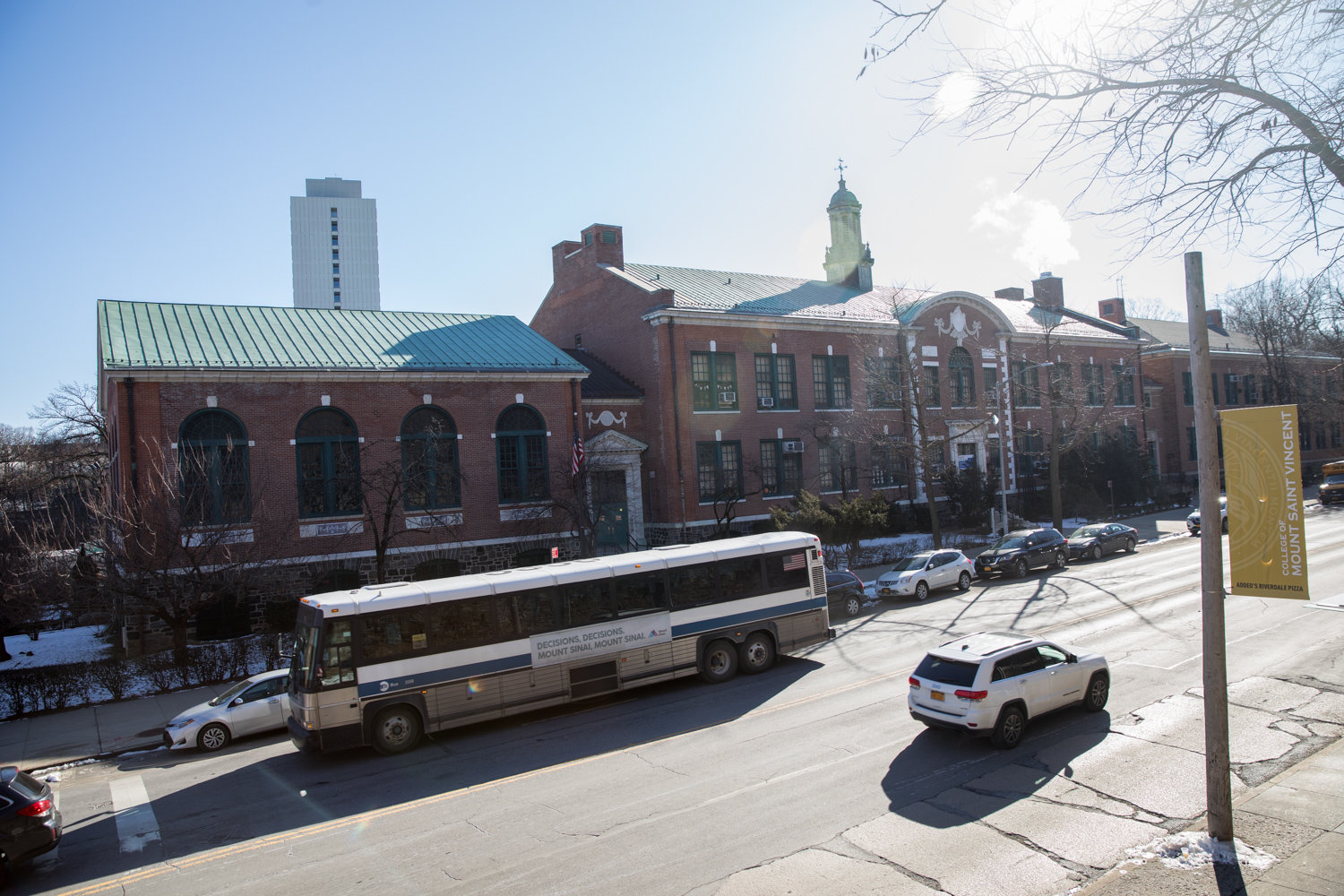 P.S. 81 Robert J. Christen needs work done on its roof, but it’s unclear when the School Construction Authority will start. That has now created a potential problem for North Riverdale Baseball League, which plays in nearby Sid Augarten Field — the site where construction workers would need to install retention tanks to offset flooding.
JULIUS CONSTANTINE MOTAL 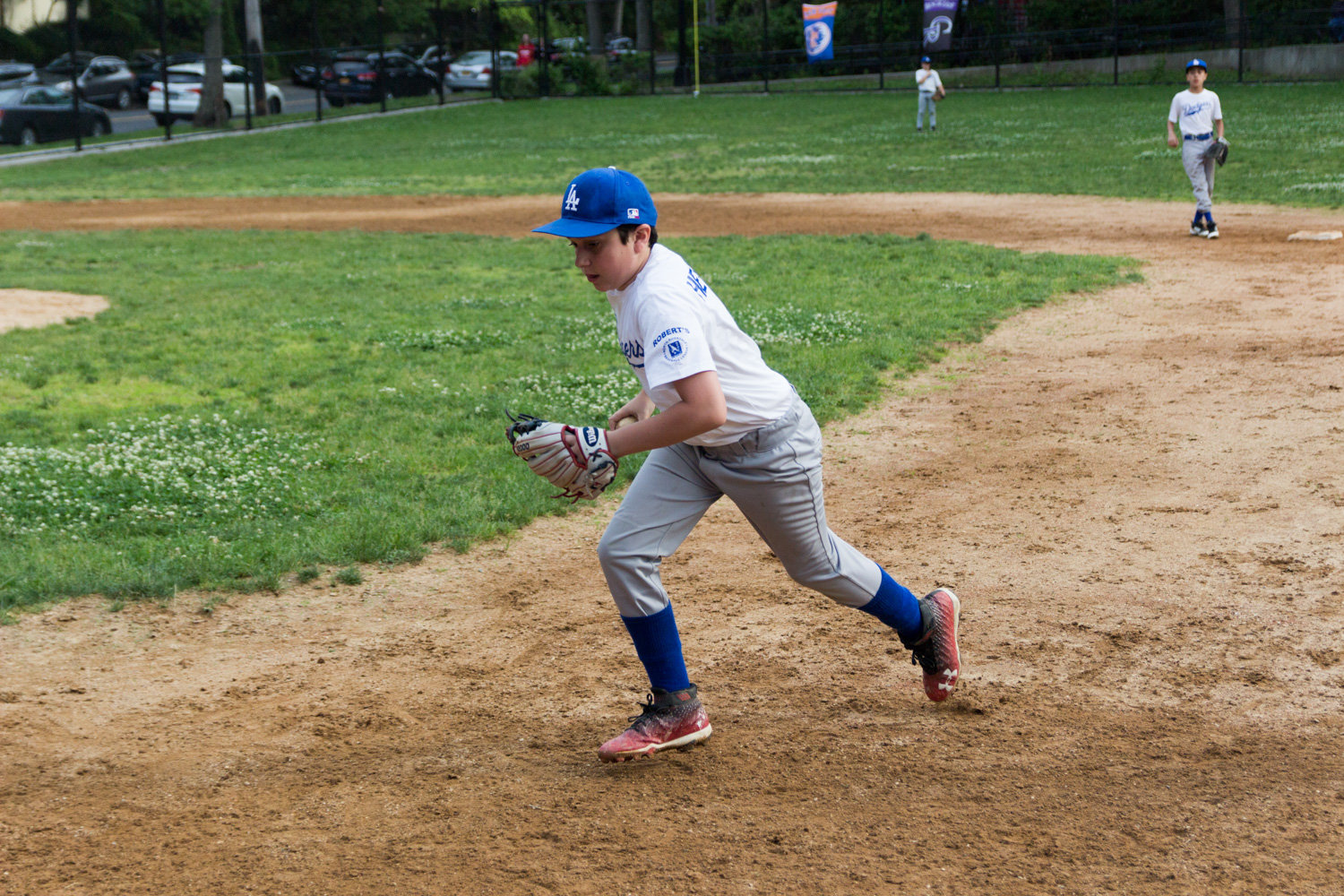 North Riverdale Baseball League, whose home base is Sid Augarten Field, hopes the School Construction Authority will wait to begin work on P.S. 81’s roof until after their season is over. Otherwise, the installation of retention tanks at the field could make using the fields for America’s favorite pastime difficult, if not impossible.
AARON MAYORGA / File 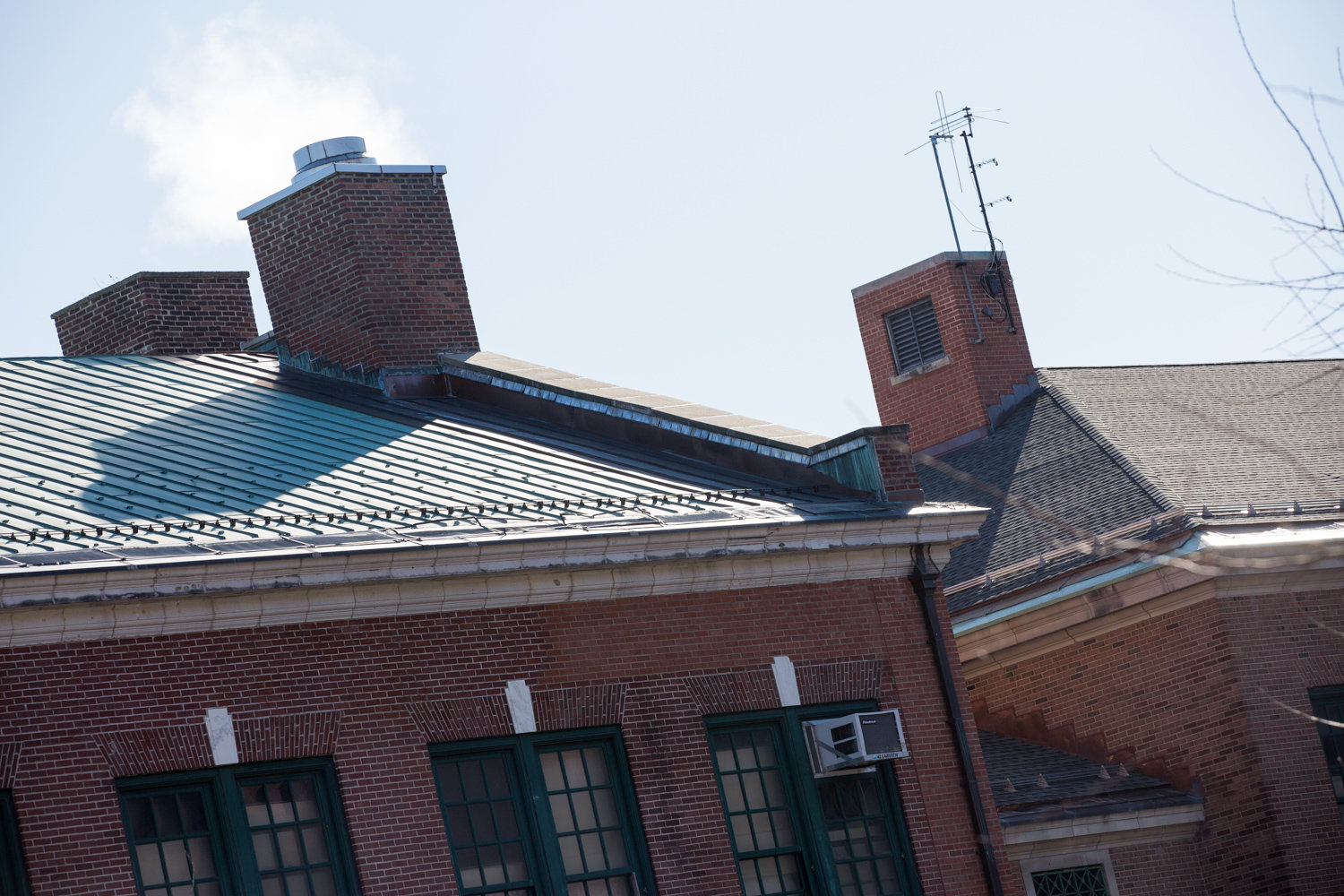 Construction should have already been under way at P.S. 81’s roof, but a delay could affect North Riverdale Baseball League, which would have to make room at nearby Sid Augarten Field to install retention tanks as part of the construction.
JULIUS CONSTANTINE MOTAL
Previous Next
By KIRSTYN BRENDLEN

A broken roof can easily turn into a fixed roof with nothing more than a plan and a blessing from the city’s School Construction Authority, the agency responsible for building and maintaining schools. And that’s what officials did, with original plans to begin before Christmas. Yet that jolly holiday came and went without anything being started.

That’s a serious change in the timetable, and one that Community Board 8’s parks committee chairman Bob Bender said concerned another party: the North Riverdale Baseball League.

What does the roof of a school have to do with a baseball league? It’s not about the players, but instead where they play, in this case nearby Sid Augarten Field. Part of the repair was to redirect water flooding the basement on a semi-regular basis into retention tanks that could hold more than 1,200 gallons of water. Those tanks, according to parks committee minutes, would be buried in the outfield of Sid Augarten, located directly behind P.S. 81 bordering Vinmont Veteran Park.

The baseball season starts in April, and league organizers worried that with construction delays, the grass wouldn’t be ready in time, meaning these youth teams could find themselves homeless.

“I went into the meeting explaining that this was going to take place, and that the SCA was, at that time, planning to start the work before Christmas,” Bender said. “And (SCA) felt confident that they would be able to get the work done before the Little League season began.”

SCA originally planned to sod Sid Augarten above the retention tanks, and even said it would plant new grass seed if the sod didn’t “knit” in time, all to be sure not to disrupt the baseball season.

Complicating matters is who actually controls Sig Augarten. Part of it is under the jurisdiction of the city’s parks department, Bender said. But that management is shared with the city’s education department, and “they were in a strong position to go ahead and commandeer the outfield for this purpose.”

The hope was to convince the SCA to wait until after the baseball season ended in June. And with a little nudge from Councilman Andrew Cohen, Bender has reported back to his fellow CB8 members that the roofing project is now delayed.

“Nobody ever questioned that the work had to be done, and the roof portion was of no concern to us,” Bender said. “It was just the water diversion into the water tanks they wanted to put in the outfield.”

Work is now expected to begin in August, according to Holloway — well after the end of the regular baseball season at Sid Augarten.

While that work delay does clear the way for baseball, there’s a chance it could affect other activities of the baseball league, said Maureen Kelly, an administrator for the North Riverdale Baseball League. If construction does start after the regular season in June, they may have to cut the summer program. But as long as the spring season can run unobstructed, the league can make it work.

Sure, there are other places the teams could have traveled to, like Van Cortlandt Park’s Kelly Field. But Sid Augarten is the league’s home.

“Every now and then, we win one with a city agency,” Bender said. “They did the right thing by postponing. It was getting too tight. If anything had gone wrong, that would have meant sacrificing the Little League season.”