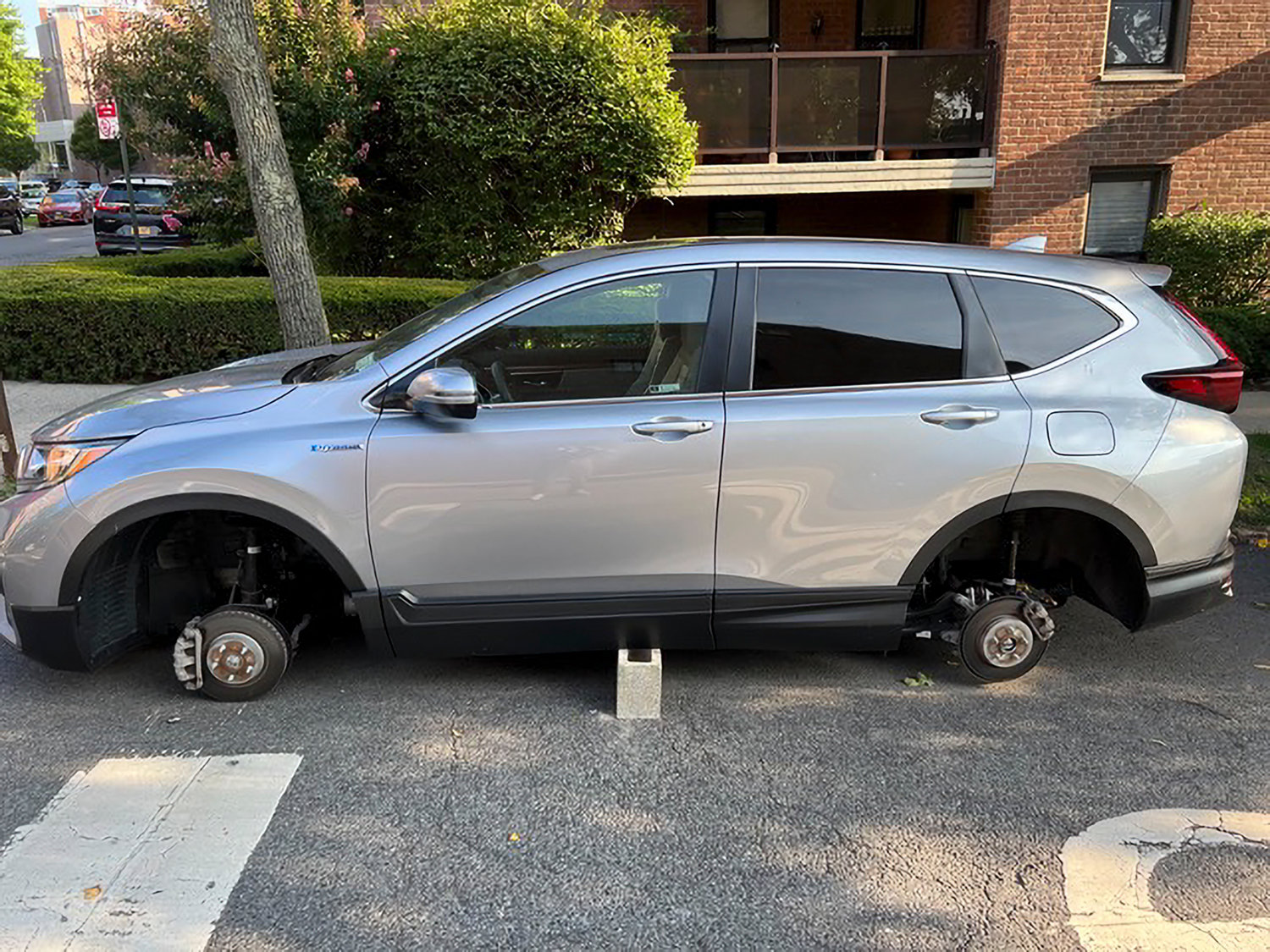 While listening to a game on the radio at 5:30 a.m. on the corner of West 235th Street and Independence Avenue, a man was pulled out of his car and thrown to the ground by two perps.

The carjackers then fled south on Independence Avenue in the victim’s 2020 Kia Sportage, valued at $30,000. The perps also made away with the victim’s phone and iPad.

While there were multiple cameras in the vicinity, no arrests have been made.

According to the police, an employee of the store noticed two people grab items in the store and attempt to leave without paying.

When the employee confronted them, the duo then began punching him, causing his eyebrow to swell.

The suspects then fled the store with the stolen goods, which included two packages of sushi, some chicken, and a plate of food — all worth a total of $29.

According to the police, a perp entered the store and tried to leave with a bag of dog food and a few bags of dog treats.

When the shoplifter was confronted by an employee, he then bit the employee.

The robber then fled the location.

The store was able to capture the incident with its store cameras.

The victim told police that he left the car locked and when he returned it was missing.